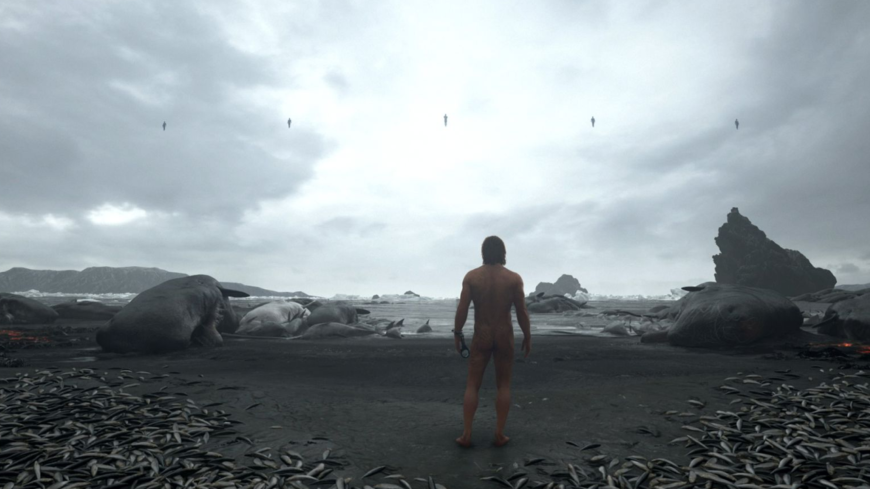 … And Norman Reedus’s bum. On a beach. Surrounded by dead fish. And… aliens? I don’t know. But, talking at Sony’s Tokyo Game Show press conference yesterday, creator Hideo Kojima did explain that the game is also about dolphins and ropes and clubs. What?

“Whales and dolphins sometimes conduct mass strandings. If they live it’s live stranding, if they’re dead, it’s death stranding. This title refers to something from another world, stranded in our world,” he told the audience.

“And ‘strand’, in psychological terms, means twisted thread and bonds. This title, really, the theme is to connect. The genre is action and it’s an open world with a degree of freedom and you can enjoy the story at the same time. And there are some online elements.”

He also quoted a short story called “The Rope” by Japanese writer Kōbō Abe, about the invention of basic tools about how the establishment of human civilisation relied on them.

“The stick is the first tool that mankind created to put distance between himself and bad things – to protect himself,” he said. “The second tool mankind created is a rope. A rope is a tool used to secure things that are important to you. Most of your tools in action games are sticks. You punch or you shoot or you kick. The communication is always through these sticks.

“I want people to be connected not through sticks, but through what would be the equivalent of ropes.

“In Death Stranding I want to propose a next step, a future of games. Here I am to offer a game where players are connected by a strand or rope-like element. Of course, clubs will still be used for battle, but at the end of the day I want to offer an action game where people get connected by different elements than just clubs.”

So, we don’t know much more now than when the game was first announced at E3, but we know something. 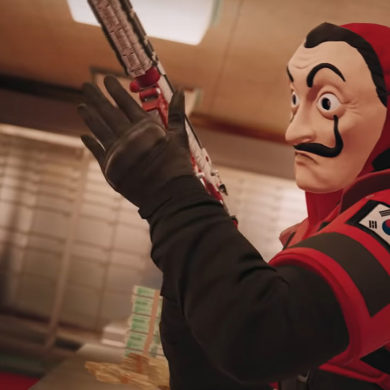