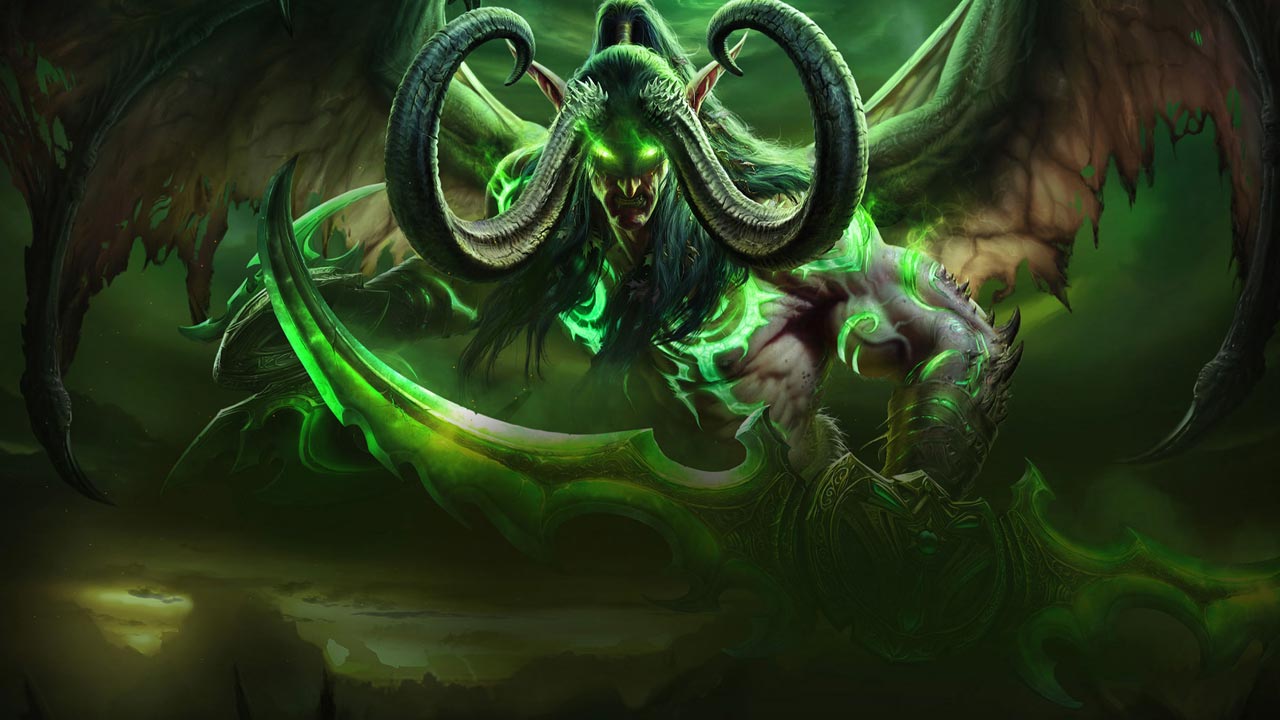 11 World of Warcraft add-ons no-one should be without 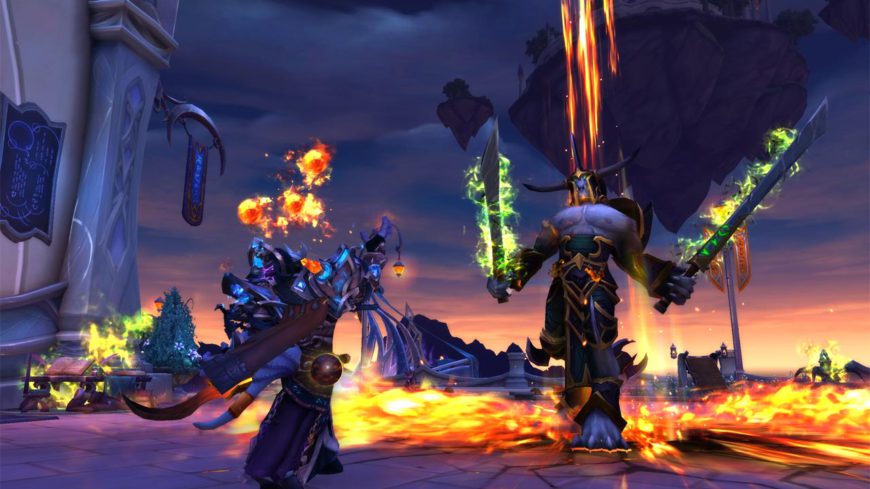 So, you’ve heard World of Warcraft is best enjoyed with add-ons, but don’t know where to start. Or perhaps you used to know where to start, but your favourite add-ons don’t seem to work anymore since you last played Blizzard’s MMO. Whether you’re a new or returning WoW player, choosing the right add-ons can be time-consuming and confusing. I’ve made a handy list of some of my favourites to simplify the process.

Note: Before downloading any of these add-ons, I strongly recommend installing Curse, a program that makes downloading, installing and updating add-ons as easy as clicking a button. Since new patches can cause mods to require a quick update, Curse is essential. Also note that many add-ons have various plugins that can be separately installed or removed.

One of WoW‘s most popular add-ons, and for good reason. Deadly Boss Mods displays timers and special warnings for raids, dungeons, world bosses, arenas and even Darkmoon Faire mini-games. If you want to be able to play without researching and memorizing the individual tactics for every boss encounter in the game, this is the add-on for you.

I only recently started using HandyNotes, but it’s quickly become one of my all-time favourites. HandyNotes adds little markers to your map to highlight items and places of interest, like treasures containing artifact power in The Broken Isles, achievement guides (such as the books for Well Read or the locations for Field Photogapher), and master pet tamers. 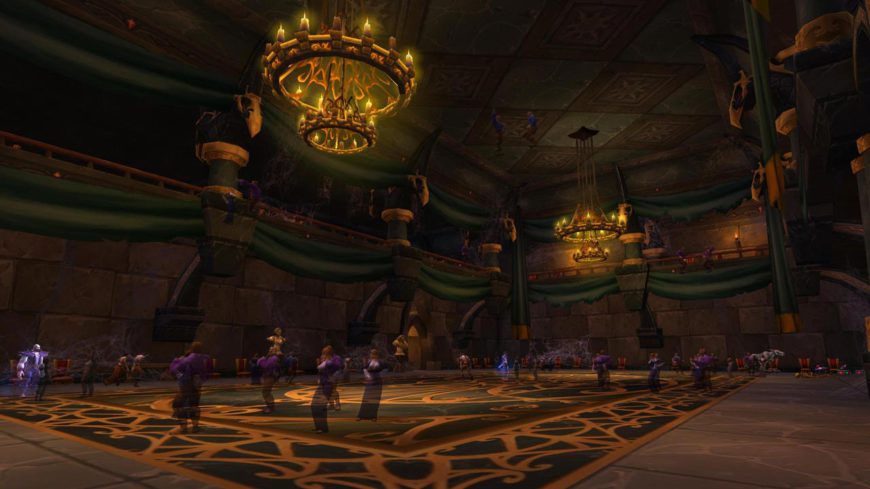 One of my favourite things about Legion is the world quests system, an alternative to dailies that makes grinding reputation a lot more fun and rewarding, and a lot less tedious. World quests change constantly and offer a variety of rewards that range in value. They make things a lot less boring, but it can be overwhelming to keep track of it all – which is where World Quests List comes in. At a glance, it’ll show you which and what types of quests are available, the rewards they offer, how much time you have left to complete them, the faction for which they grant reputation, and the zone in which they’re located.

One unfortunate WoW quirk that Blizzard still hasn’t gotten a handle on is the abundance of gold-sellers, who constantly spam chat channels. BadBoy not only mutes these annoyances, but also lets you report them with a single click. My personal favourite thing about BadBoy is the plugin CCleaner, which can be used to “filter crap from chat” – absolutely essential for anyone who doesn’t want to see the same annoying trade chat trolling over and over again. 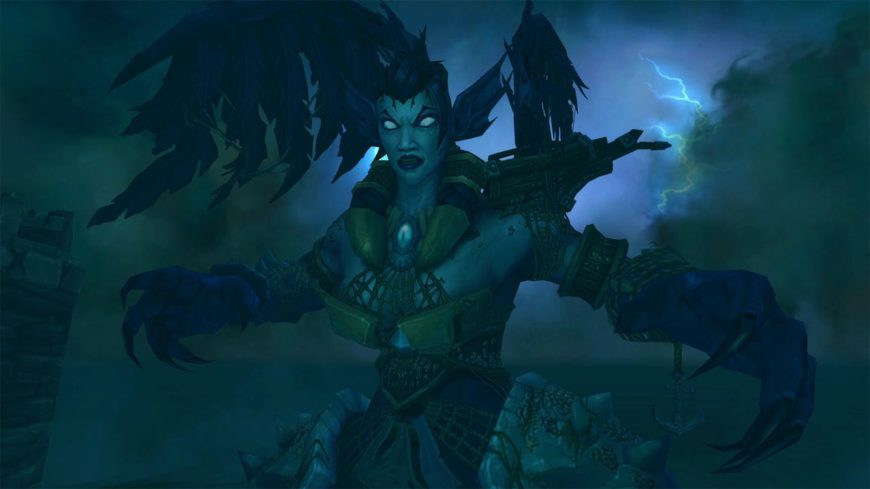 Such a simple addition, and yet one I can’t live without, Bagnon merges your bags into a single window each for your inventory, bank, and guild bank. It also offers a search function and the ability to view the void storage and bank of any character at any time. Note that until they fix a certain conflict, you’ll have to temporarily disable Bagnon if you ever plan to purchase a guild bank tab.

Don’t be alarmed by the mention of garrisons! Garrison Commander works for Class Order Halls as well. It calculates the best team to send on missions and then lets you dispatch them with one click. Previously I used the simpler, more streamlined Garrison Mission Manager, but I’ve found it unfortunately doesn’t always pick the best team for the job.

I used to use Auctioneer, but since I tried TSM I’ve never looked back. Trade Skills Master can be daunting at first, but once everything’s set up, it makes using the auction house a breeze. I use it to gain an idea of the average value of most auction items, to create auctions quickly at a price that’ll sell, and to avoid creating auctions for items selling for far below the going rate. TSM also makes shopping a lot easier and faster. Trying to navigate pages and pages of the same crafting ingredient posted in stacks of one is a problem of the past, and you can quickly tell when an item is pricier or cheaper than usual. The best thing about Trade Skills Master is the desktop app, which keeps track of the market so you don’t have to. 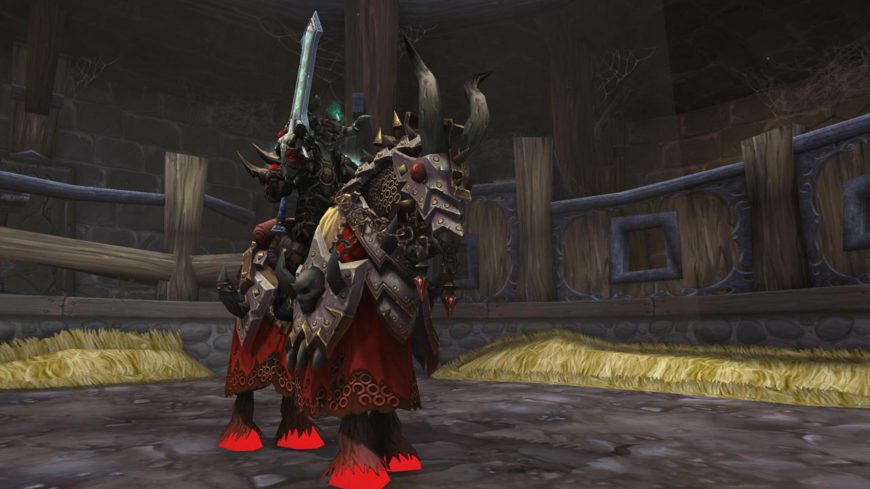 It’s exactly what it sounds like: your own personal WoW GPS. TomTom lets you create waypoints by entering coordinates and displays an arrow directing you to your destination. Honourable mention here for Paste, which makes creating waypoints in bulk easier.

Another simple-yet-essential add-on, SellJunk saves valuable time by making it easy to, well, sell your junk. It adds a button when talking to vendors that’ll either sell all junk items in your inventory, or sell them twelve at a time (just in case you make a mistake and want to get something back). You can set the add-on to auto-sell junk, as well as add items that you don’t want sold to an exceptions list. 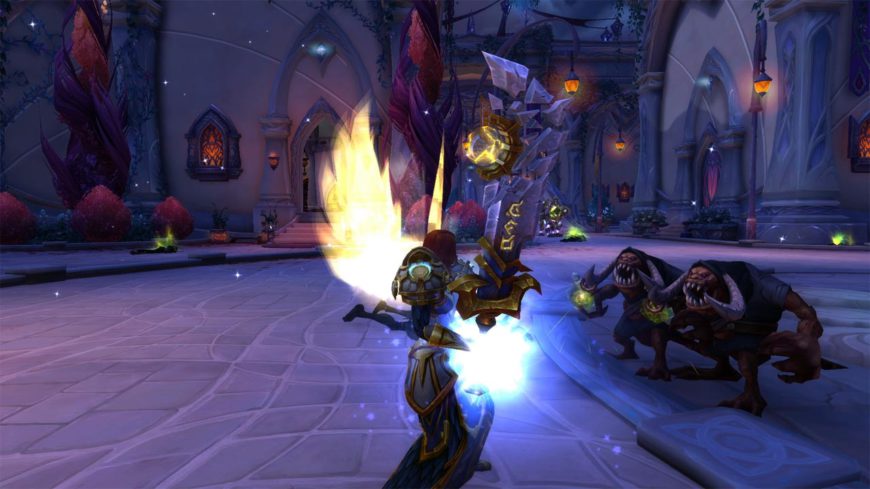 Okay, this isn’t essential, but as an altoholic, it’s one of my favourites. I don’t know about you, but my Pandaren Monk has completely different taste to my Blood Elf Death Knight. One prefers to zoom around on cloud serpents and flying clouds, the other is more at home flying undead horses and bone gryphons. Per Character Favourite Mounts makes this happen.

Another add-on that isn’t absolutely necessary, but one I can’t live without. When I first discovered vanity pets, I knew I had to have one. I grinded and grinded until I had enough money (a whole 30 silvers) to buy my very own adorable companion to follow me everywhere. Fast-forward a few years and I now own 556 unique pets, and I love them all so much (except maybe for the snakes, and a few of the more boring critters) that trying to pick just one or two favourites to summon regularly is downright impossible. Enter PetLeash, which auto-summons a random pet and cycles them at intervals. It’s fully customisable, so you can choose which pets you want to summon most, which you never want to summon, and how often you want to change pets. 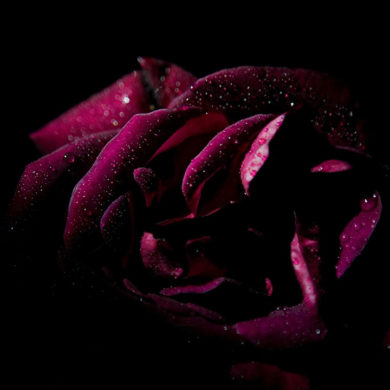