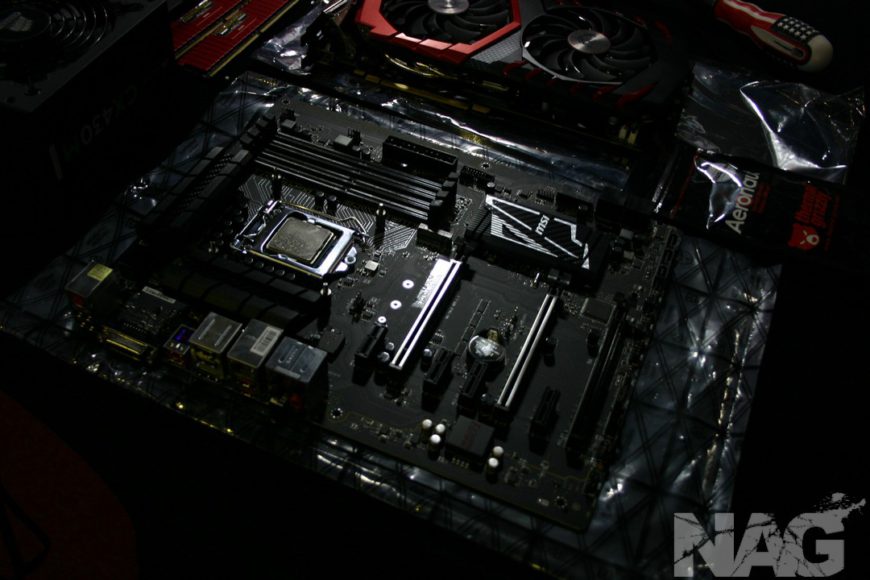 During the rAge 2016 weekend in Johannesburg, MSI hosted a workshop that taught people how to build their own computer, how to tweak its settings, and how to get things up and running in the operating system. Joining the PC Master Race has never been easier than it is today, but often gamers and newcomers to the platform are overwhelmed by the amount of strange-looking pins that have odd descriptions. That’s what Andrew “DrWeez” Roberts and Christopher “Pepinorang” Besse tried to fix at rAge, and it looks like they had tremendous success with welcoming newbies to the joys of PC gaming.

The themes of the session were first “PC Building 101” and “PC Tuning 101”. The first was all about packing things into the chassis and connecting them up in the right way. The sessions were all fully booked within an hour of the signups going live, although some lucky expo-goers were able to get in on sessions that had one or two cancellations. All participants received a Total War: Warhammer code, and were entered into a prize draw for a fully assembled rig. 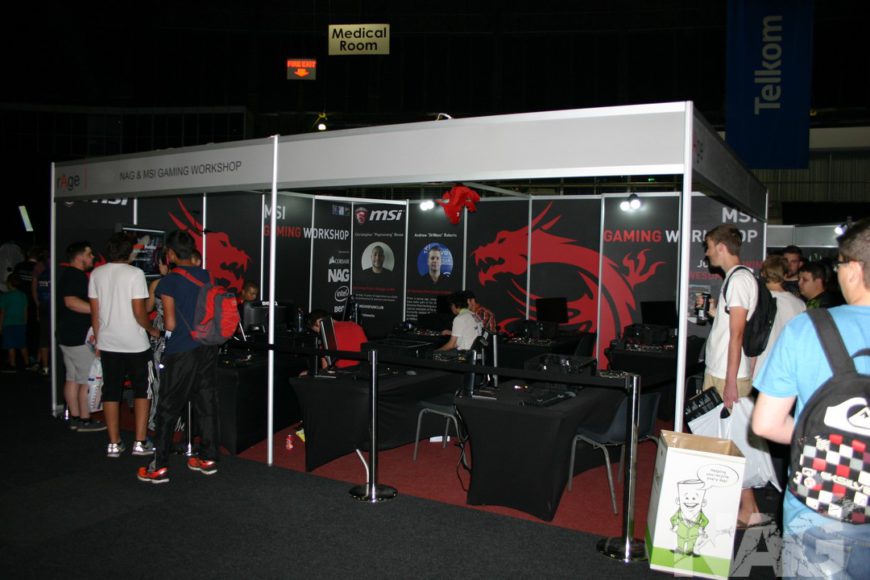 Up to twelve people could sit in on a session at any time, and there were always small crowds of people standing to the side to watch the goings-on. Each participant got a free sample of Hydronaut or Aeronaut thermal grease, which is a nice, high-end thermal grease that’s in use by most overclockers competing at the highest levels today. 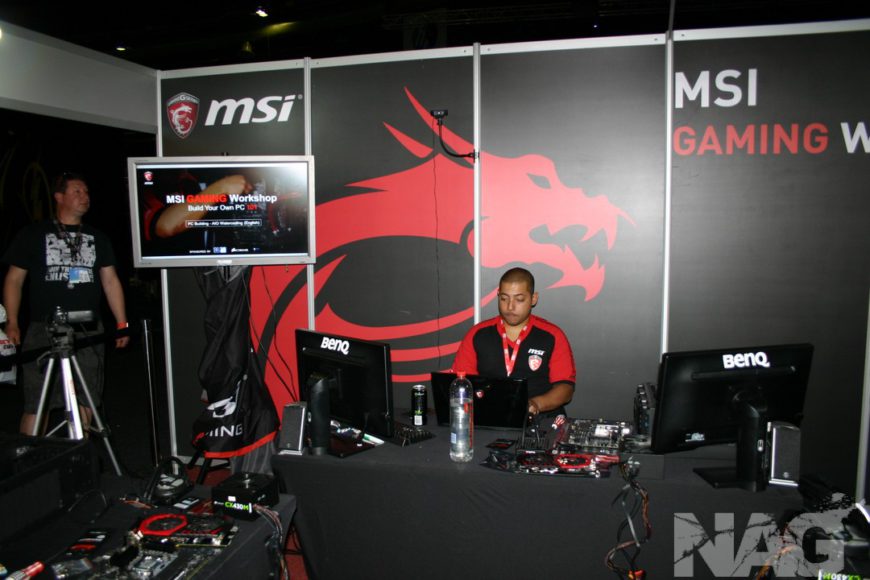 At the front of all the tables, Pepinorang was seated with his own test kit, to show people how to assemble the finer parts of the system (mostly the USB pin-outs, of which many were bent or broken during the weekend). One Logitech C920 camera captured footage from the floor, while another was used for close-ups to display on the TV adjacent to the work bench. Part of Pepinorang and DrWeez’s presentations included PowerPoint slides shown to the class, but I didn’t stick around to see how much they covered in those. 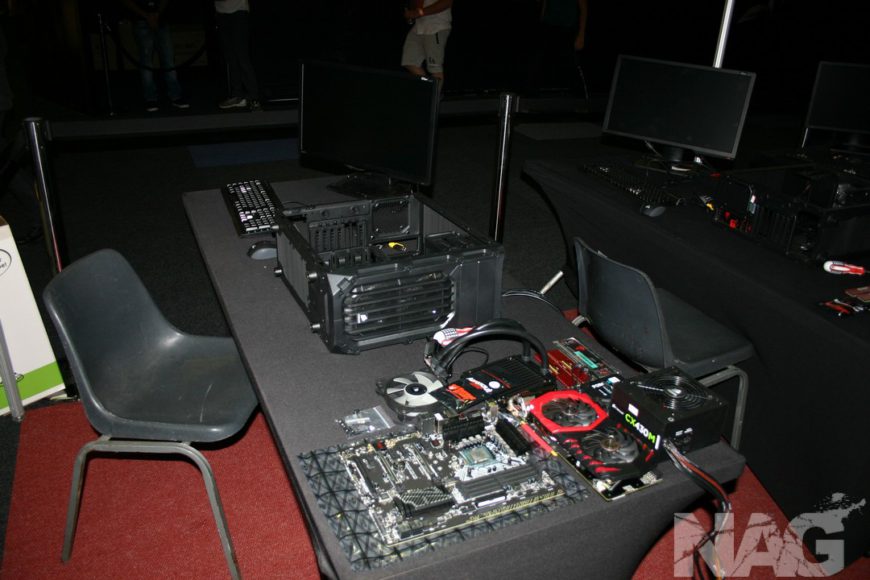 The rigs were fairly basic. The chassis was a Corsair Carbide SPEC-03, which also housed a Corsair CX430M power supply. The RAM, also supplied by Corsair, was a set of Vengeance Red DDR4-2400 sticks for a total of 16GB of system RAM, and CPU cooling was handled by Corsair’s H80i all-in-one liquid cooler. Intel supplied all test rigs with a Core i5-6600K quad-core processor, while MSI filled in with a Z170 Gaming Pro Carbon motherboard and a GeForce GTX 970 Gaming graphics card. Corsair also supplied 120GB ForceLS solid state drives, which use slightly older 19nm MLC-based flash chips as well as a LSI Sandforce controller. If you want the definition of a cookie-cutter build, this is it.

Also pictured in the photo are an assortment of screws neatly put into a packet. As anyone into building PCs will tell you, those screws do not stay in their place. I’m not sure how many screws were lost that weekend, but it was enough to cause some confusion. 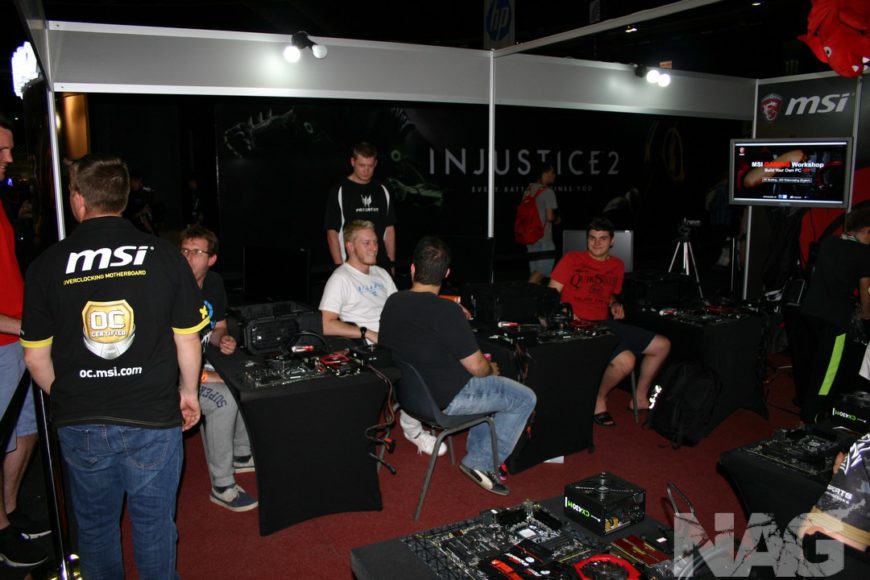 Chatter among the “students” in the class was also light-hearted, and most were there to try win the R14,000 PC that was up for grabs in the grand prize draw. Quite a few sessions had female participants as well, which is always awesome – overclocking and PC building has slowly become less of a male-dominated sport or activity, and no matter what gender you identify with, it’s always more satisfying to build your own rig rather than buy a pre-built machine that needs no tinkering. 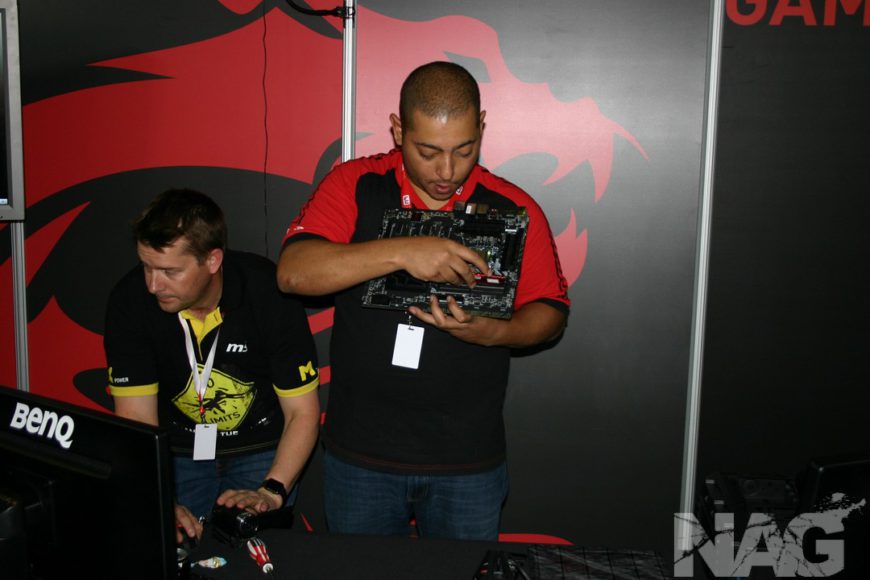 “Don’t be afraid of putting some pressure on the RAM to put it in, you’re not going to break it. If you do break it, you’ll know when you’ve broken it.” – Christopher “Pepinorang” Besse, 2016.

Some of the hands-on demonstrations were done with camera close-ups on the large TV, including the quick demo where Pepinorang showed everyone how the CPU socket functioned. All of the CPUs were pre-installed for good reason – no-one wanted a dead motherboard during the weekend, and the risk of dropping the CPU onto the socket, bending some of the pins, was too great. 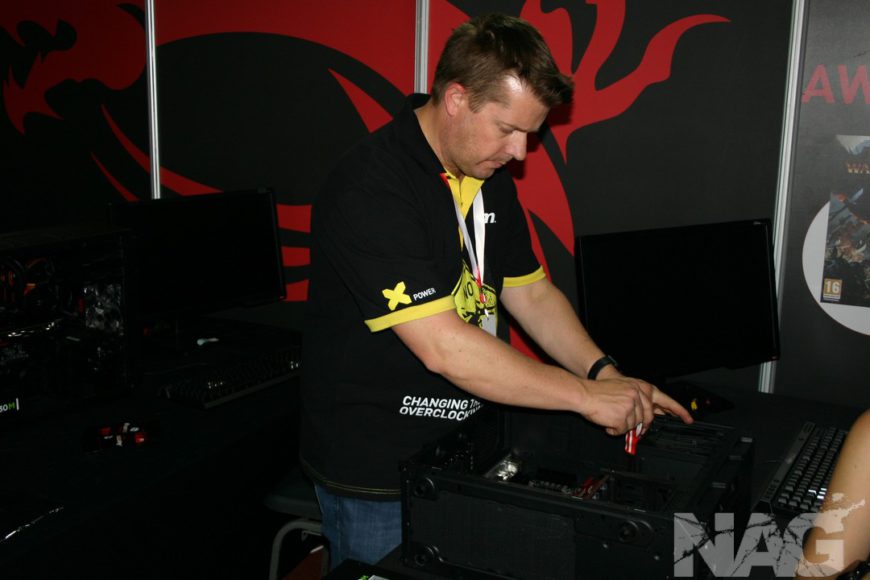 Finally, at the end of each session (at least the PC Building ones), the rigs were all stripped down and laid out for the next crowd. This was very time-consuming, and I’m sure that DrWeez was glad that cable management with cable ties wasn’t thrown in there for fun, because the biggest pain in the butt when it comes to PC building is cutting all those cable ties you’ve just installed because you need to take something else out. I’ve moved to velcro straps, personally. It’s just too satisfying to pull those apart.

The workshops running throughout the weekend were fun to watch, informative, and every seat was always full. It’s clear that more needs to be done to let people see how the PC is the superior gaming and productivity platform [… that’s debatable – Ed], and I hope to see this workshop double in size next year! 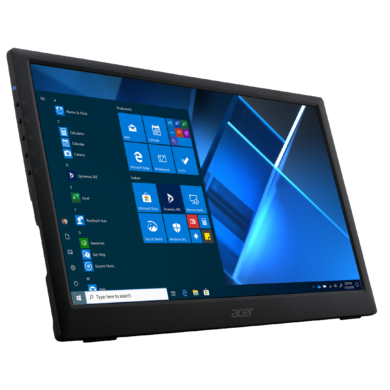