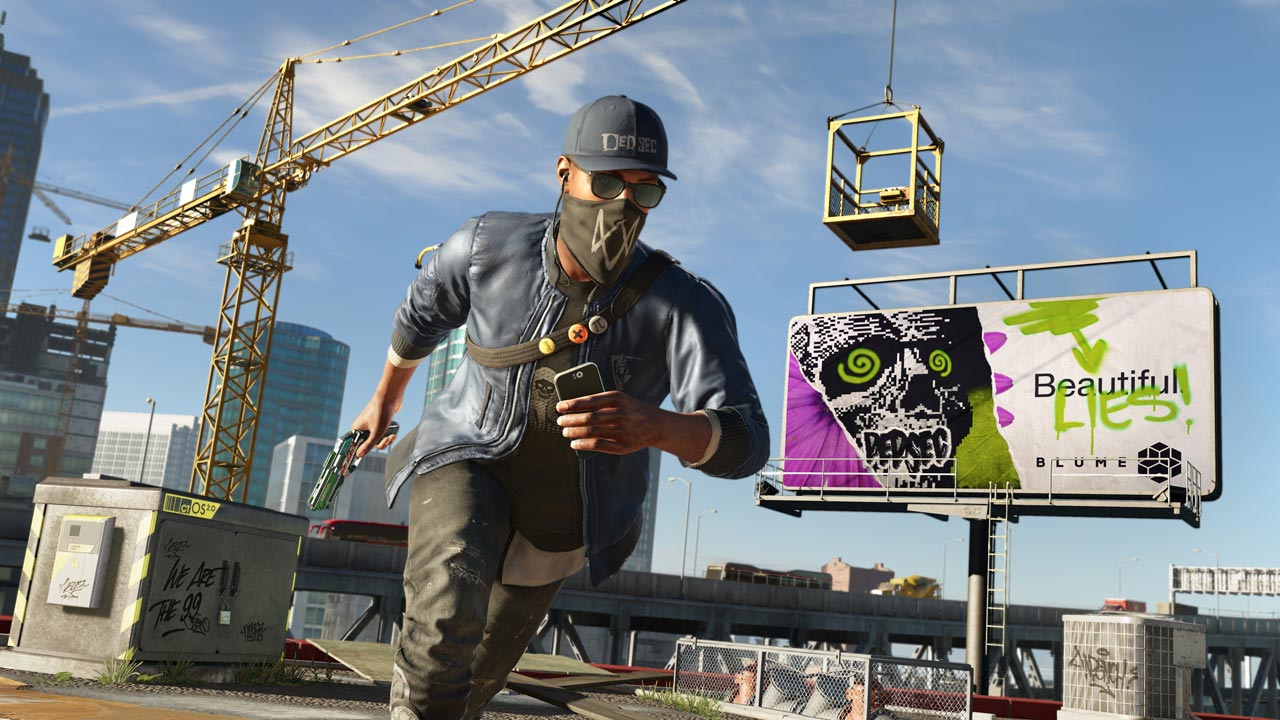 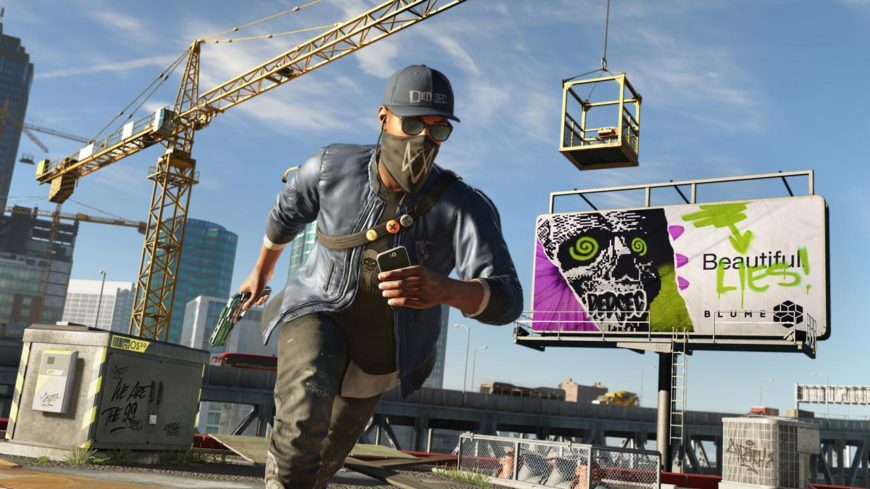 I’ve never played the original Watch Dogs. In truth, I barely know anything about the game, aside from the fact that it’s set in a futuristic version of Chicago where people are governed and monitored by an intrusive, all-encompassing piece of software called ctOS, and that its core mechanics centre on using various hacking techniques to manipulate the world around you, with the end goal being to convince an army of stubborn, Internet-savvy sea otters that you’re their Supreme Intergalactic Leader. Somebody may have lied to me about that last part, but I’m okay with it.

Most importantly, I know that Watch Dogs was almost universally disappointing. Matthew Vice liked it well enough in his review, but popular opinion is that the game simply isn’t anything to write home about, and no amount of adorably goofy sea otters could ever change that. To be fair, Watch Dogs stood no chance of living up to the deafening crescendo of hype generated by its exciting reveal at E3 2012.

Next month, Watch Dogs 2 launches, hoping to right the wrongs of its predecessor. I was recently given the opportunity to get my hands on the first few hours of an unfinished build of the game. My thoughts on it are below. 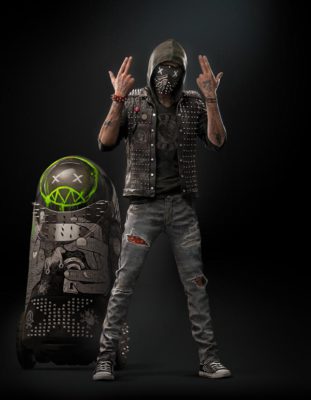 First, a bit of backstory. Following the first game’s events in Chicago, San Francisco is the next lucky city to receive the “benefits” of ctOS, which has been upgraded to New! Improved! version 2.0. You are Marcus Holloway, a talented tech-head, and you’ve been framed by ctOS for a crime you didn’t commit. Now that you’ve experienced the potential hazards of having your every action judged and manipulated by an invasive, data-mining software suite, you decide to join the hacker group known as DedSec to combat the threat of ctOS 2.0 and its creators at the Blume corporation.

On the surface, this translates into a fairly standard open-world action adventure affair. Watch Dogs 2 looks and feels very much like Grand Theft Auto, offering up a virtual recreation of San Francisco for you to freely traverse and explore. It’s a bright, vibrant game, full of colour, life and gorgeous scenery. In motion, Watch Dogs 2‘s environments are truly beautiful, so much so that I’m genuinely excited to further explore the city when the full game launches, to discover more of the surprises it holds. It’s packed full of incidental details to appreciate, like parks rampant with guitar-playing hippies, and dogs out for walks with their owners. It’s purely window dressing, sure, but it feels lively and substantial.

You’ve got a variety of options for getting around the game’s streets, dirt roads and beyond. When sprinting your way around town just ain’t gonna cut it, cars, bikes, boats and more can be snatched on a whim, with any nearby witnesses immediately ratting you out to the fuzz, hoping to put an end to your careless klepto streak. The vehicle physics are… fine. They’re a touch more rigid than I’m used to in games of this nature, but all the vehicles nonetheless have decent weight to them, and cruising around the city and its surrounds, generating chaos as you go, makes for good, frivolous fun.

Where Watch Dogs 2 really sets itself apart is in its obsession with technology and a future where everything’s connected to a central, tech-driven nervous system. Marcus’s trusty smartphone is your gateway to all manner of shenanigans, letting you hack into various interconnected objects to achieve various effects. This starts off small-scale, with you able to do things like hack into security cameras to keep an eye on enemies, or siphon cash out of a stranger’s bank account, or use electrical terminals to distract nearby humans so you can quietly slip by – and you can even rig said terminals to explode with a surge of electricity that’ll incapacitate anyone unfortunate enough to wander too close. Eventually, you’ll be able to perform more significant hacks, like letting you create mass confusion by tapping into the phones of everyone around you, or sending groups of hackable vehicles careening wildly in every direction to cause wide-scale chaos. Hacking can be done on the move while driving, and you’ve also got access to two nifty helpers – the nimble RC Jumper and a hovering quadrocopter – that can be used to reach areas Marcus can’t, and to remotely access objects that’re ripe for some tampering.

Naturally, this hacking ties itself strongly into the game’s narrative – which, from what I’ve seen, looks like it’ll be brilliantly silly while still showcasing the possible dangers of a future where everyone is connected to everything. There’s a colourful cast of supporting characters, and the few missions I played covered everything from hijacking a talking car from a movie set (which resulted in a thrilling high-speed chase), to duping a villainous pharmaceutical CEO into donating millions of dollars to leukaemia research. There’s a definite Hackers vibe to the game, so expect the story to feature a similar level of goofiness. And HACK THE PLANET. And stuff. 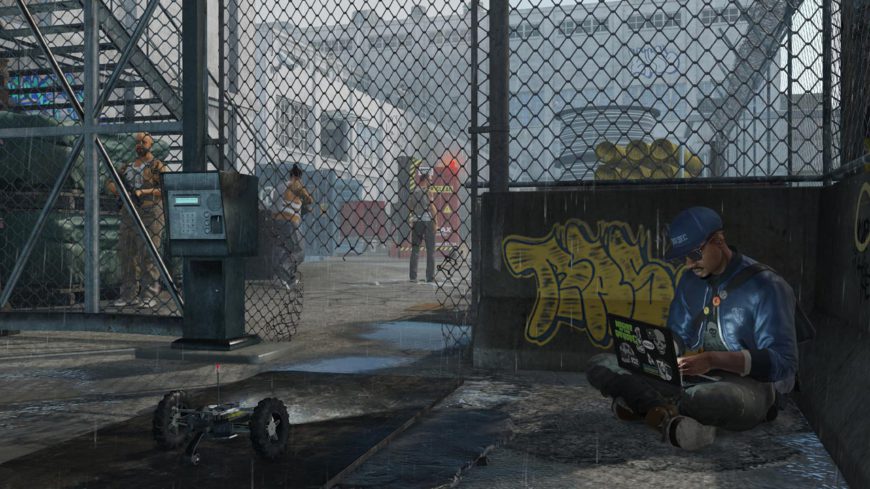 When hacking fails and the action turns to more traditional shooter fare, Watch Dogs 2 ticks all the right boxes. It’s got a cover system, an assortment of weapons with appropriately bizarre names, and melee attacks for quickly subduing rowdy foes. Marcus isn’t quite so hardy as your typical action hero, however, so the stealthy approach is usually the safer option. He’s well-versed in parkour though, so fluidly traversing the environment is as easy as holding down the right trigger. New weapons and gadgets can be bought and crafted using the 3D printer at DedSec’s HQ, which is a nice touch.

Character progression is handled in a uniquely tech-themed fashion. As you complete missions, you and DedSec gain followers. These followers download your organization’s app, which grants you access to the processing power of their various devices. The more processing power you have, the stronger the hacking abilities you can unlock and use – and many of the high-tier hacks are insanely entertaining to see in action. Speaking of apps, there’s a bunch of cool features that’re tied to Marcus’s smartphone. There’s an in-game app store, from which you can buy and download software like Nudle Maps, which as the name suggests is useful for navigating through the maze of streets, alleys and back roads of the city.

Overall, I walked away from my short time with Watch Dogs 2 feeling satisfied. There’s loads of fun to be had in its opening missions, and if the rest of the game maintains the enjoyable momentum of its early hours, it’ll be a treat. We’ll know for sure soon enough whether or not it’ll successfully erase the sour sentiment created by the original game, but I’d say things are looking good for Watch Dogs 2. Much like the original Assassin’s Creed, which left people similarly underwhelmed, perhaps Watch Dogs was a proof-of-concept for something greater than itself. Hopefully this sequel will finally deliver on the ambitious promises of its forebear. 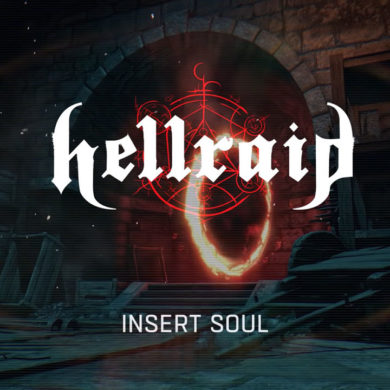