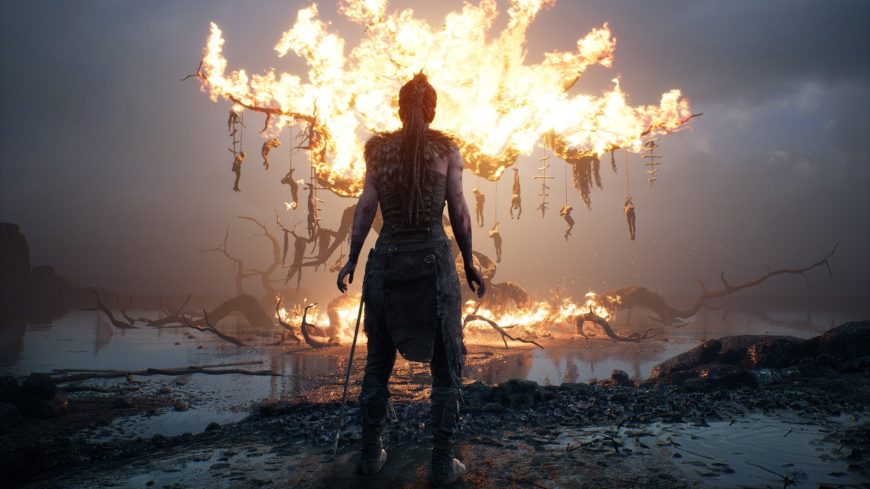 I mostly remember Ninja Theory as the minds behind Heavenly Sword (which I thought was pretty rad), but most of you probably associate the developer with being responsible for DmC: Devil May Cry, or Enslaved: Odyssey to the West. All of which were solid releases with breathtakingly stylish visuals.

But with Hellblade: Senua’s Sacrifice, it looks like the developer is set for one of the most interesting releases I’ve seen in a long time. Hellblade is an “independent AAA” title set to be a story-driven, third-person hack and slash game with a strong focus on mental illness, and it looks kind of incredible. Hit the jump for more details, as well as some game footage.

According to the game’s official website, developer Ninja Theory “is defined by three things: ninja-class melee gameplay, strong character stories and unique art vision,” and that “on Hellblade, we will double down on what we do best to give you a deeper character in a twisted world with brutal, uncompromising combat.”

Hellblade “tells the story of Celtic Warrior Senua and her journey into hell.” reads the above video’s description.

The hell in question is no ordinary hell, but is in fact a hell that is the manifestation of Senua’s mental illness. Senua experiences psychosis, including hallucinations and delusions, as well as suffering from anxiety and depression. As a player, you will witness Senua’s living nightmare through her own eyes.

Following the game’s 2014 announcement, Ninja Theory has steadily released development diary videos detailing different aspects of the game from its story, combat, music, movement mechanics, and character, to one of the core ideas behind Hellblade, that being a main character who suffers from a severe mental health condition.

The game seems like a serious (though highly exaggerated) look at what it might be like to suffer from a mental condition while trying to overcome odds rooted in reality, as well as those created by our own minds, and I can’t wait to see how it all turns out.

Hellblade is officially expected to launch for PC and PS4 sometime this year, but Ninja Theory hasn’t revealed a solid release date yet. Another trailer and some great concept art below.