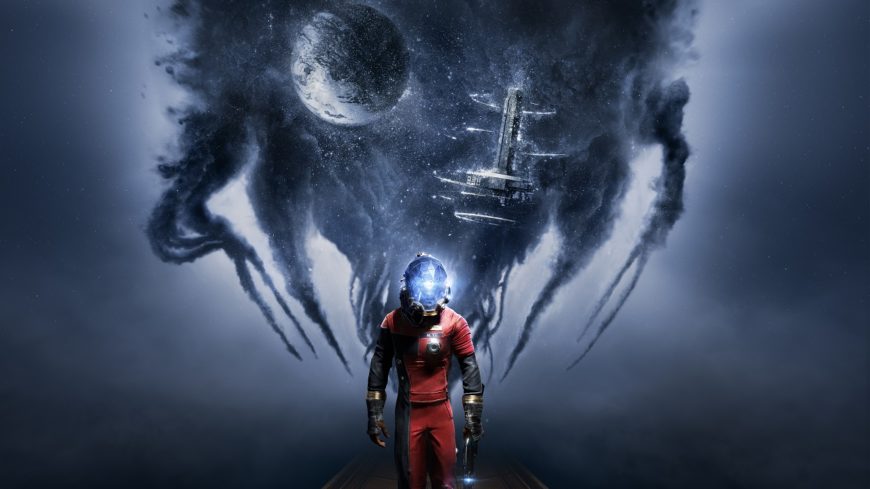 When I covered Bethesda’s E3 2016 conference, I was particularly excited about the Prey reboot. I never played the original, but the announcement trailer was pretty sick, and so was the first gameplay trailer, and especially the eight-minute gameplay video. It looks so good, you guys.

Well, according to a post on Bethesda’s official blog, we won’t have to wait too much longer to get our Typhon alien kill on, as Prey is expected to launch in early May. The blurb also included a new gameplay trailer that teases more details about the game’s story, setting, and protagonist Morgan Yu’s multipurpose weapons and powers.

“An alien-infested space station. Badass weapons and powers. And… Yu,” says the video description. “Fight your way through the deadly Typhon aliens as Morgan Yu while unravelling the mysteries behind the infestation – and your own identity – in this sci-fi thriller from Arkane Studios.”

Pretty sweet, but if you’re having trouble taking in everything that’s happening, don’t stress – Bethesda has gone through the trouble of dissecting the trailer in its entirety right here. For a slightly more condensed version, keep reading.

Things aren’t going great on board the Talos I. The aliens have escaped, and are running around being silly scoundrels. It’s up to Morgan Yu to stop them. But who is Yu (lol)? We don’t know, and neither does Morgan, but according to a door, he’s almost definitely the “VP, Director of Research for TranStar Corporation aboard Talos I.”

Now, how is Morgan expected to take on a horde of shadowy aliens? With special alien powers that he injects into his eye sockets, of course! These powers are called Neuromods, and the one shown in the trailer lets players “mimic” pretty much anything they come across, like “a fully functioning turret,” for example. But sometimes kickass alien powers just won’t cut it. Luckily, Morgan also has access to a host of cool weapons like shotguns, TS-QPB-S11 Quasiparticle Beam guns, a gun that shoots goo, and even a handy wrench. 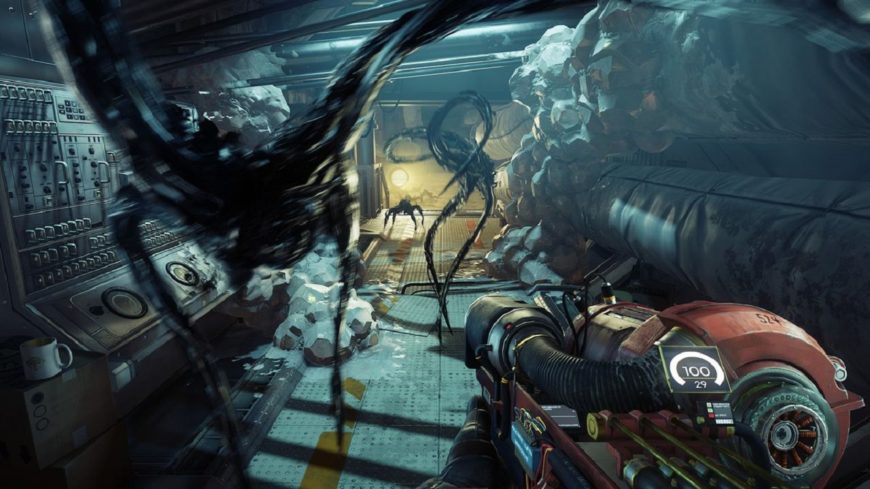 The game’s setting, the Talos I is “massive,” and players will be able to explore the entire ship, as well as “the cold vacuum of space.” The ship also comes with a “stately ‘neo-deco’ lobby, and lavishly appointed offices,” and even “austere laboratories, an industrial underbelly, a lush arboretum, and many other diverse areas”. Sounds good, but beware: “you never know what lurks around the bend.”

That about wraps it up. Except it doesn’t because the blurb also detailed the game’s preorder incentives. That’s right, if you preorder the game, you’ll also be getting the Cosmonaut Shotgun Pack. The pack will include all the goodies pictured below. 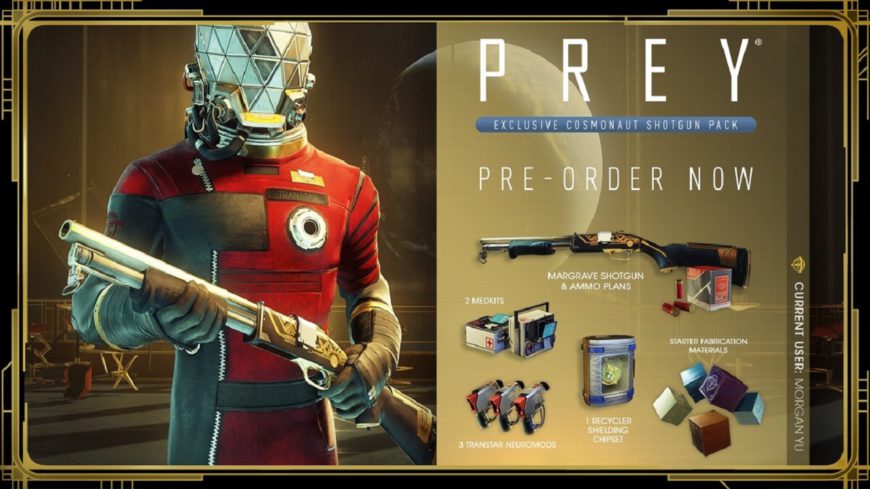 Prey is expected to launch on 5 May for PC, PS4, and XBO. 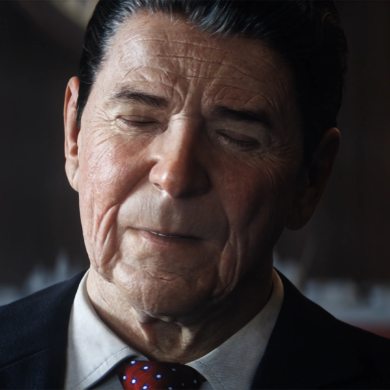