Become an unscrupulous arms dealer in GTA Online’s next update 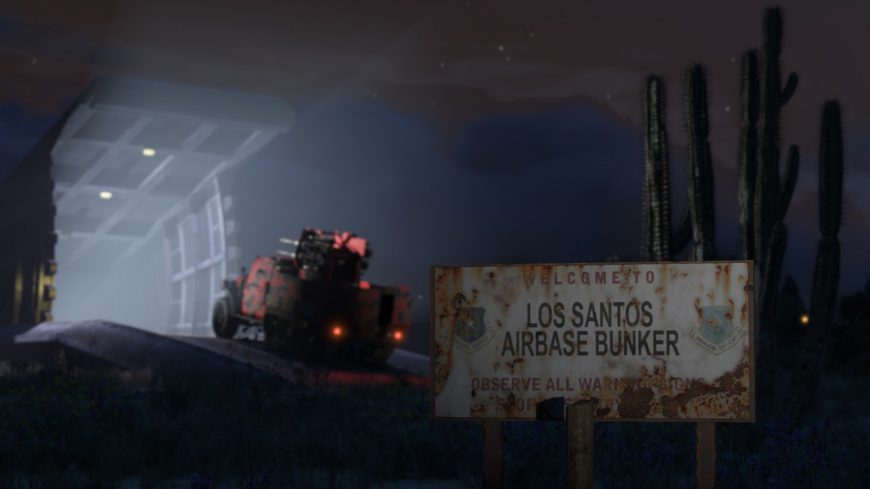 I’ve spent more time in GTA Online than I’ve ever put into any other game before it, and it continues to grow into new and interesting directions. Not only does it now have a host of criminal enterprises you can run with your friends along with heists, contact missions run by side characters from the single player, and an insane number of tracks that make you feel like you’re playing Hot Wheels or WipeOut, it will soon play host to a new DLC set that puts you in charge of gunrunning operations for the military, Merryweather Security, and possibly Martin Madrazo’s personal weapon collection. Hit the jump to see what it’s all about.

In Rockstar’s blog post on the update, they paint the picture of Los Santos as a budding new haven for weapons smugglers. “Dotted throughout Blaine County are hatches – look into these mysterious properties on the Maze Bank Foreclosure site and you’ll find sprawling underground headquarters for sale, ready to be stocked with new military grade vehicles and weapons manufacturing equipment capable of developing highly sought after offensive and defensive technologies,” they write. 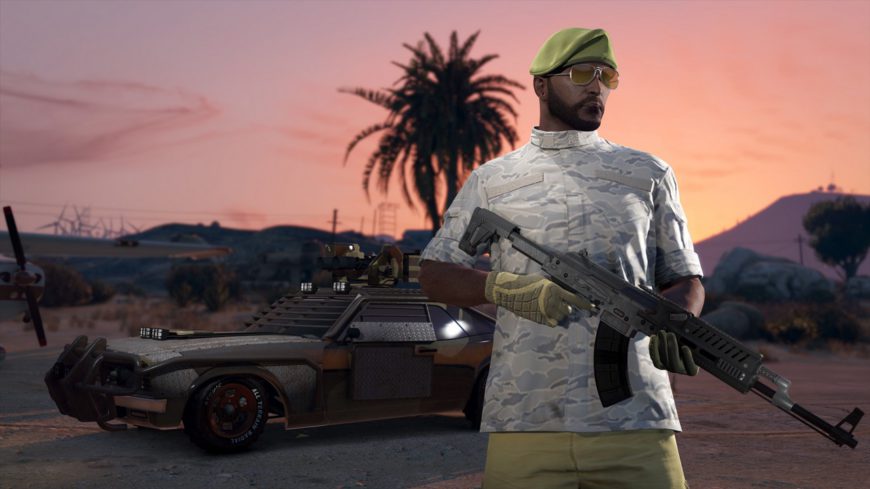 While details on the DLC are short, the images Rockstar shared about the update are telling enough. Players can expect new clothing items to dress themselves up for the part, as well as new armored vehicles that will be better suited to surviving a missile or two. The car in the background in the above picture is an armoured Tampa custom, with extra sheet metal plating for the driver-side window and bullbars up front to ram your opponents, and a minigun on the roof. The assault rifle is also customised with a new paint job, a different stock end, and a barrel that seems to have a laser pointer attached to it, possibly confirming one of the older rumors about the DLC that Rockstar would allow players to fully customise their weapons for the first time, Fallout 4-style.

There will also be a new amphibious vehicle that is also armored and includes a SAM (surface to air missile) launcher on its roof. Yes, that’s as ridiculous as it sounds, and it’ll probably be the weapon of choice to answer the thread of P996 Lasers and Hydra aircraft in the sky. This may be a bit overpowered against helicopters in the game, so if you’re a GTA Online player and don’t yet have a Hydra, start saving up for one. You’re going to need it.

GTA Online Gunrunning will launch sometime in June 2017 for Xbox One, PlayStation 4, and Windows PC. 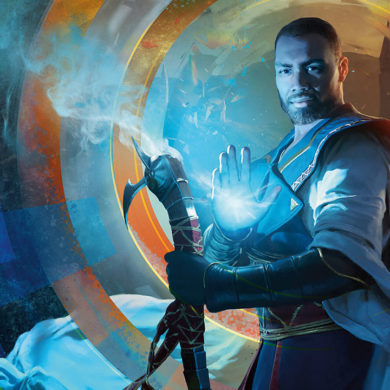