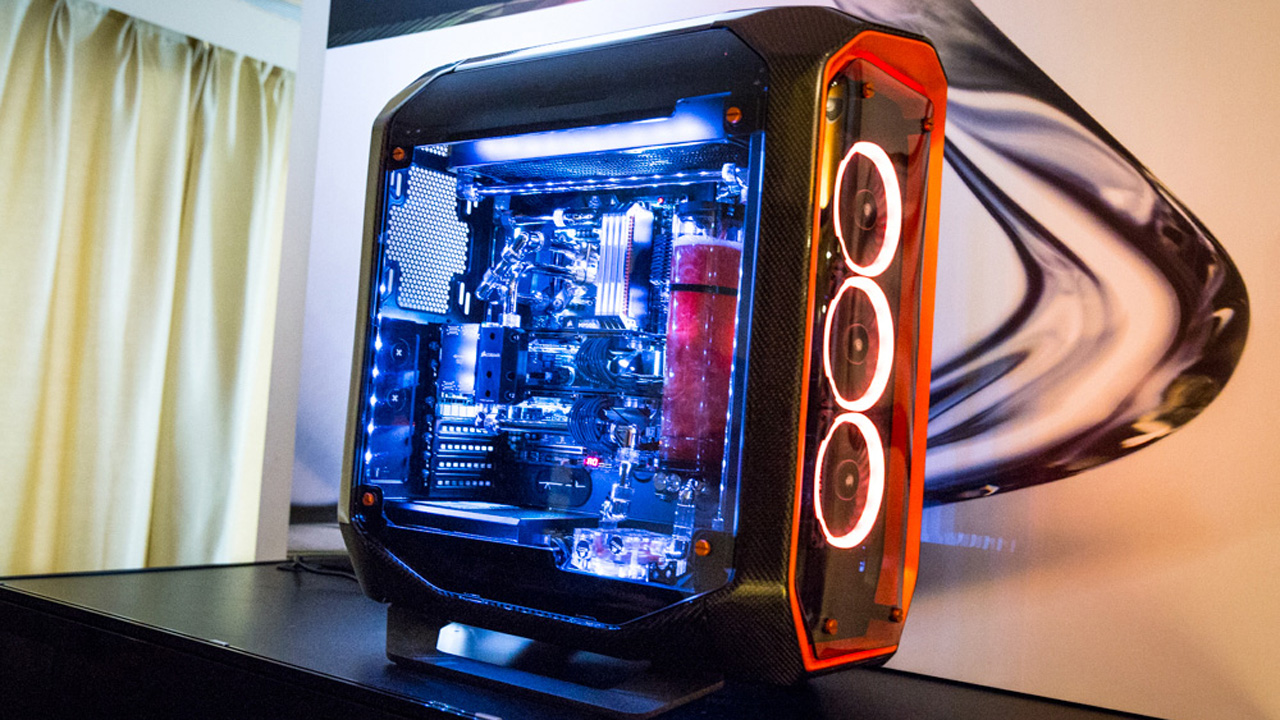 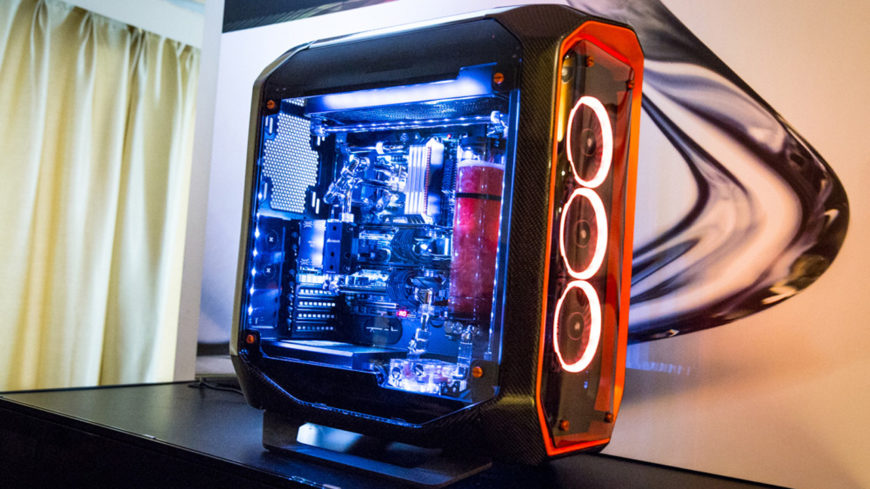 As is tradition for Corsair, the hardware manufacturer opted to not have an actual booth within the halls of Computex, but rather a private suite. They had a range of new products on show, and in many ways Corsair’s showing exemplified what Computex is traditionally supposed to be about: highlighting concepts of future products and giving attendees a chance to get some insight into what the future of hardware holds. 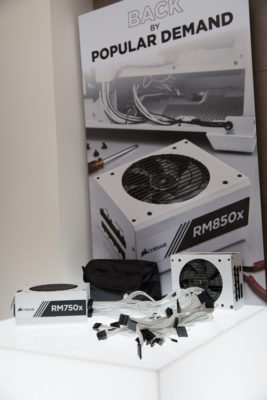 To that end, Corsair had on display some of their latest projects and endeavours. As an outfit that designs and produces virtually all PC components (save for CPUs and motherboards), the manner in which their products are approached is rather alarming.

Take for instance the Corsair One. It’s a PC designed and built with the no-nonsense, high-end gaming enthusiast, designer or content creator in mind. The One was designed from the ground up for this very purpose, so it’s more than just a collection of various components from Corsair’s product line bundled together. We’ll be looking at the Corsair One in more detail later on, but keep in mind that it will sadly not be available in SA.

Of more relevance to us in South Africa is the Corsair Glaive gaming mouse, and the K68 keyboard. Henry at Corsair was kind enough to introduce us to these new peripherals and gave us a quick overview of what makes them special (which you can see for yourself in the video below). We’ll publish a more in-depth look at each of them in the coming weeks.

What’s significant about the Glaive in particular is that it’s taken a long time for Corsair to produce a mouse of similar quality to their excellent gaming keyboards. It’s taken a while, but the Glaive looks as if it was worth the wait. Some serious thought has gone into the mouse’s design, and it’s primarily geared towards first-person shooter fans, as opposed to Corsair’s previous efforts that leaned towards MMO and RTS players. It’s a simpler mouse compared to the Scimitar, but I believe it’s made in a more meticulous fashion and as such should prove just as successful (if not more so) as the others.

Ultimately, what Corsair has come to represent is premium devices and products. Their offerings on display this year reinforced this idea and my perception of the brand. Often I’ve come to Computex and stared at countless peripherals, each one purporting to improve player performance and the like. You’ll find no such unsubstantiated claims here, just a highly focused mouse that looks to enhance and complement what you already have by giving you a more refined experience. A significant portion of the power of the mouse (and other Corsair gear, for that matter) is in the software, and this holds true for the Glaive as well.

For the more technically-inclined users and performance enthusiasts, we were shown performance DDR4 kits hitting north of 4GHz running on Intel’s X299 platform, and these should be available within the Vengeance and Dominator families.  In case you may have forgotten, this is a reminder that Corsair remains one of (if not the) best DRAM manufacturers among enthusiasts, and the brand has the pedigree to live up to this reputation.

I was fortunate enough as well to see several concept case designs built with tempered glass – a new trend that’s been adopted by many vendors, hoping to target the more discerning consumer. Corsair is definitely turning over a new leaf in its case designs, and what’s set to come within the next year is going to be a leap forward in terms of case design and quality.

From their new Hydro family of coolers to custom DIY cooling kits, Corsair had it all on display. Some of these were pure concepts and may not see the light of day this year (or at all), but rest assured that when they do finally make it to market, all evidence points towards them raising the bar, potentially setting the new standard. Whatever happens, we’ll be keeping a close eye on Corsair. 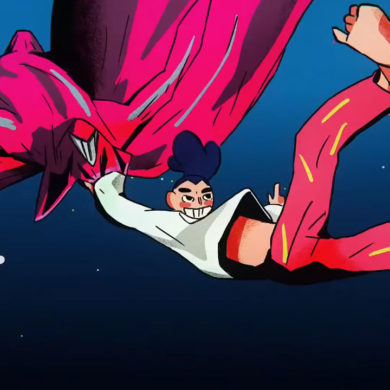