Hello Games hosts a lengthy ARG for No Man’s Sky 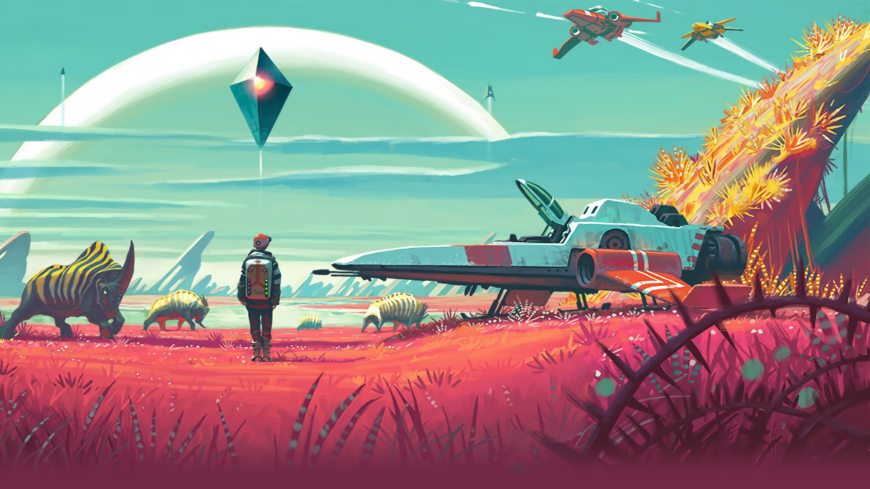 Ah, No Man’s Sky. One of the biggest games of 2016 that had the most potential, only to see most of its fans disappointed with a game that lacked that “thing” to hook you in. Over time the game has improved significantly, expanding slowly upon Hello Games’ original ideas for the title. Now it seems that they’re getting ready for a bigger update for No Man’s Sky, possibly building up to a complete revamp of the game as it was originally intended to be, and they’re using a global alternate reality game (ARG) to do it.

The ARG began with a series of cassette tapes sent out to moderators of the No Man’s Sky subreddit, which included music with steganography embedded into them. The clues and hints for the ARG led the community to the Waking Titan website, which had some weak links to No Man’s Sky, but no definite evidence to prove it. Players in the ARG had to dial phone numbers, figure out maths puzzles, dabble in a little bit of cryptography and ciphers, before finally receiving new clues and pieces of evidence that tied the ARG into No Man’s Sky. Waking Titan is, ostensibly, a hint that No Man’s Sky has a lot more to offer, and that Hello Games are finally waking up the beast.

The ARG continued with players being driven to websites set up by Hello Games, figuring out clues that would lead to more physical clues, listening to radio stations for coded broadcasts that were aired as a fake advertisement, and even using groupthink to figure out answers to difficult questions that were posed by actors hired to play certain roles in the ARG. The clues themselves became more elaborate, hiding messages in morse code and obscure references to music tracks, Greek mythology, contemporary philisophy, the fundamentals of spectroscopy, or famous figures long dead.

Some roleplay was required to successfully pass tests for information drops by the game’s organisers, and at the end of it all was the acknowledgement of their efforts along with free Steam keys for No Man’s Sky to 100 ARG randomly selected players. The first phase of the ARG has already been completed, and players eager to get in to the next phase should sign themselves up via the Atlas Citizen Science website.

Now that the first of three phases for the ARG is completed, where is this leading? Hello Games will be sending out to 10,000 participants each a physical replica of the Atlas Corporation Level 4 pass, which signifies their status as participants in the program. The pass itself is just a replica of the real thing in-game, it’s nothing special to do with the game itself. The next step is likely a move to testing the game’s readiness for full-on PVP multiplayer. In videos released by “Atlas Corporation” on the Waking Titan Twitch account, we’re told that lots of citizen scientists are needed to test the limits of reality.

The Atlas Foundation is dedicated to studying the nature of reality itself. Over the last few weeks we’ve been gathering a community of creative and… unpredictable individuals to help us perform a series of… call them collaborative thought experiments. You are the community we’ve found and you are everything we could have hoped for and more. But now the real works begins.

We’re inviting you to join the Atlas Foundation’s Citizen Science Division. Starting on July 21st we’ll have a series of very specific tasks we’d like you perform, individually, and collectively. As you can see we’re giving you time to rest and prepare yourself for what’s coming. But none of us will be idle.

Between now and then, we’d like you to answer a few questions and apply for your level 4 Atlas Pass, to help us establish benchmarks for what’s coming. To take the next step, visit csd.atlas-65.com and join the Citizen Science Division today. We’re on the brink of creating something truly amazing. Something that will change your understanding of reality itself. Don’t you want to be a part of that?

In the ARG itself, there are also hints as to what is coming. New ship designs are expected, and there might be cross-platform multiplayer added in, which would be interesting. In a notice from Sean Murray himself, the Walking Titan ARG will continue all the way into August 2017, after which point it is expected that version 1.3 of No Man’s Sky will drop. If you wanted to get into the game, it’s still quite expensive, but hopefully there’ll be a sale to commemorate the event. 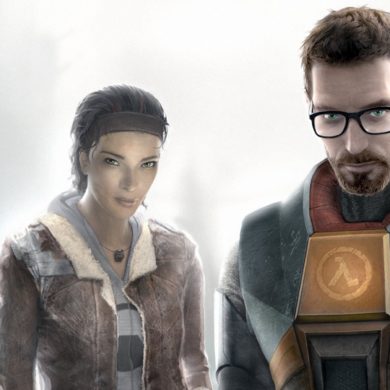