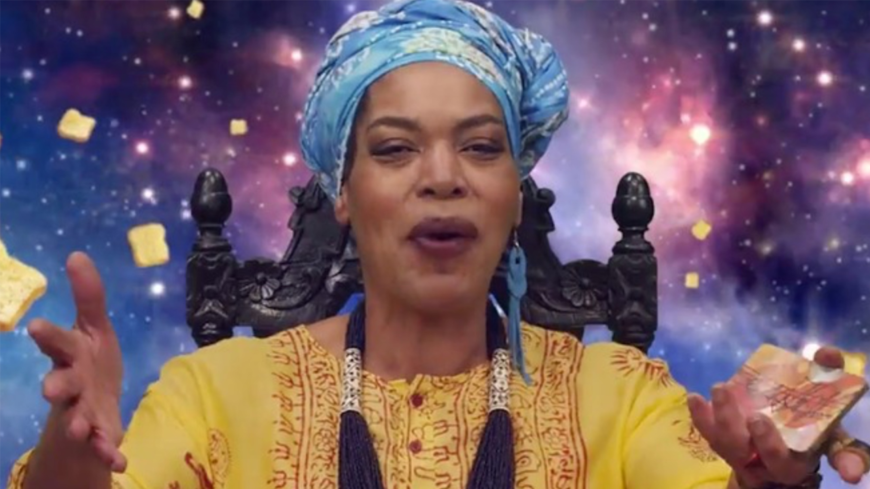 Okay, maybe not the dark handsome stranger. Or the financial misfortune, for that matter. Most of the time (or, like, ever), people who claim to be able to see things that others can’t don’t actually get it right. But that hasn’t stopped the Psychic Readers Network from suing Rockstar Games over something in GTA: Vice City. A game that launched 15 years ago. Is it dead now, and telling its secrets? Must be. Or not.

The lawsuit alleges that Vice City‘s Auntie Poulet, a Haitian gang matriarch and one of the game’s main characters, is a copy of Miss Cleo, a TV infomercial psychic from the 80s. Awkwardly enough, both of them were performed by the same actress, Youree Dell Harris.

“The Defendants’ Auntie Poulet’s similarities to Miss Cleo and her copyrighted attributes are of such a breadth and extraordinary nature that they can only be explained by copying — which is unsurprising given that Defendants hired the actress who performed as Miss Cleo to provide voiceovers, using the same accent as Miss Cleo, for the infringing videogame,” it reads.

“These striking similarities are more than substantial. In particular, Defendants copied Miss Cleo’s vibrantly colored caftans and turbans, as well as the patois and mysticism of Miss Cleo, in designing and animating her doppelganger Auntie Poulet. Both Miss Cleo and Auntie Poulet are said to be trained in Voodoo, have a strong link to the occult, are of Afro-Caribbean origin, and reside in South Florida.”

Rockstar Games parent company Take-Two Interactive has apparently described the lawsuit as “entirely meritless and completely ridiculous”, adding that “we will vigorously defend ourselves with regard to this matter”. They didn’t confirm if this would involve sticking pins in a doll, but we can probably assume not.