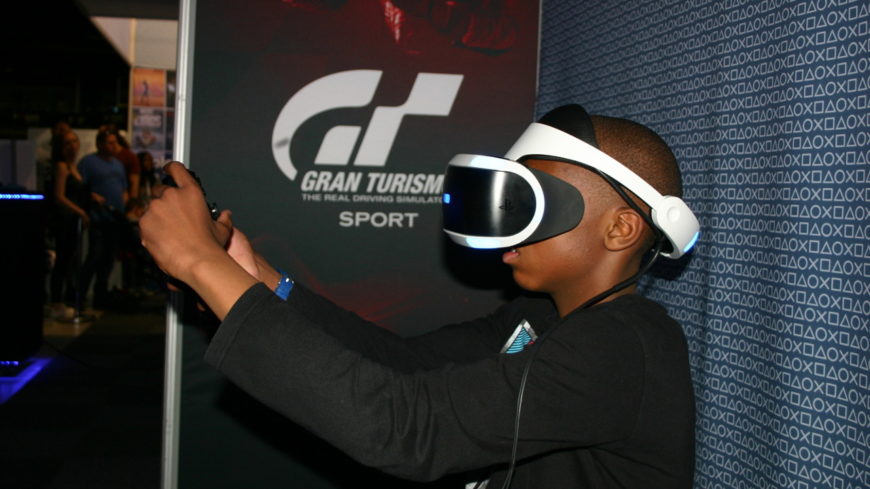 As a long-time Gran Turismo player, I saw the future evolution of racing games when VR headsets from Oculus and HTC became more commonplace, and realised that this was the next logical step for Polyphony Digital once Sony had some skin in the VR game. Gran Turismo Sport VR is that very thing, and it’s an interesting experience that shouldn’t be written off easily. VR might not work for a lot of games on a myriad of platforms, but it is exceptionally well-suited to simulators like GT. And to be honest, I kind of want one now.

I wasn’t allowed to take pictures of the gameplay because that’s still technically a work-in-progress, but I was able to get hands-on time with the demo, and I poked and prodded at everything while I had it to myself. First, the lack of resolution isn’t a complaint I’d immediately level at GT Sport VR. There’s a lot of detail in the viewing area without you noticing any pixelation, and Polyphony has paid particular attention to making sure that aliasing was sorted out and the lighting engine was accurate.

Previous run-ins with PSVR have left me feeling unsatisfied, but this one was different. I can even see how much potential there is for the game’s visuals if you have the HDR-capable headset hooked up to your PS4. It’s going to look great. Looking down in the cabin, and then out the window already shows a realistic flare effect, and you’ll actually have to account for the glare of the sun in your vision when racing. 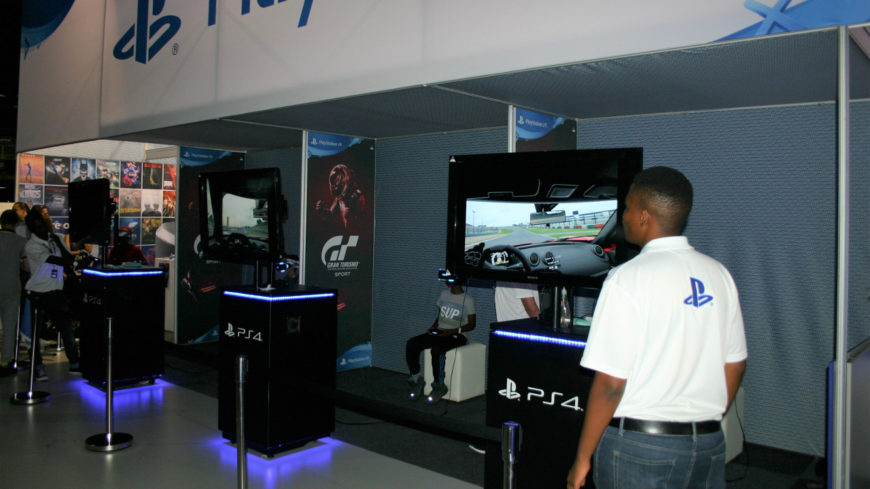 What isn’t going to look great is the animations for your driver’s arms. A lot of people aren’t going to play the game reclined further back to simulate the feel of the car’s cabin, but I can tell you that if you do, you’re going to have to look at the extremely awkward arm animations in the game basically all the time. It’s as if there are two sticks attached to the wheel that are also attached to your virtual shoulders, and moving the wheel around ends up criss-crossing them without the expected elbow action, almost as if your arms in-game were replaced with those of a puppet. You can sit up forward in the virtual cabin to hide your arms and have a closer view of the action, but if you happen to look down during a race while taking a corner… eish!

That niggle aside, playing GT Sport with the headset was a lot of fun. The framerate is a constant 90fps all the way through, and at no point in the demo was there a stutter or a hint of an issue when panning from right to left very quickly. The experience was smooth all the way through, and it sells the experience of driving a car very well. Leaning in to look at the cabin’s decorations show a lot of detail despite the resolution drop compared to other headsets, and when you leave the bounds of the cabin your vision blacks out until you return to your normal position. The immersion is great, and having a proper steering setup would make it feel even more realistic.

If there are any criticisms at this point, I’d say it’s only in the arm animations and the slight delay between actions being done on a controller or other peripheral, and the response to that input in-game. It’s a problem that can only really be solved by adding more tracking sensors to your hands, and some pre-emption from the game engine to expected input from the user. We’re a ways off from getting that figured out but if there’s anyone who’s going to solve it, I’d bet my Bitcoin that Polyphony Digital and Sony will be the ones to do it.

Gran Turismo Sport launches on 18 October 2017 for PS4 and PS4 Pro, and is compatible with the first and second-generation PSVR headsets. The VR capabilities in-game are limited to single-player races against AI, one-on-one races against a real-world opponent, as well as some limitations on the cars with a fully functional interior. 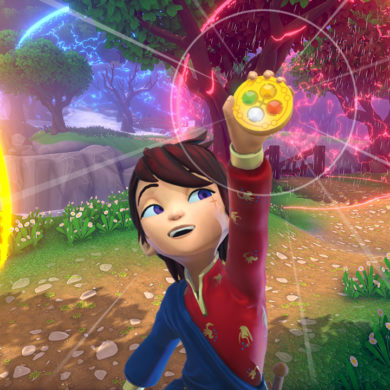