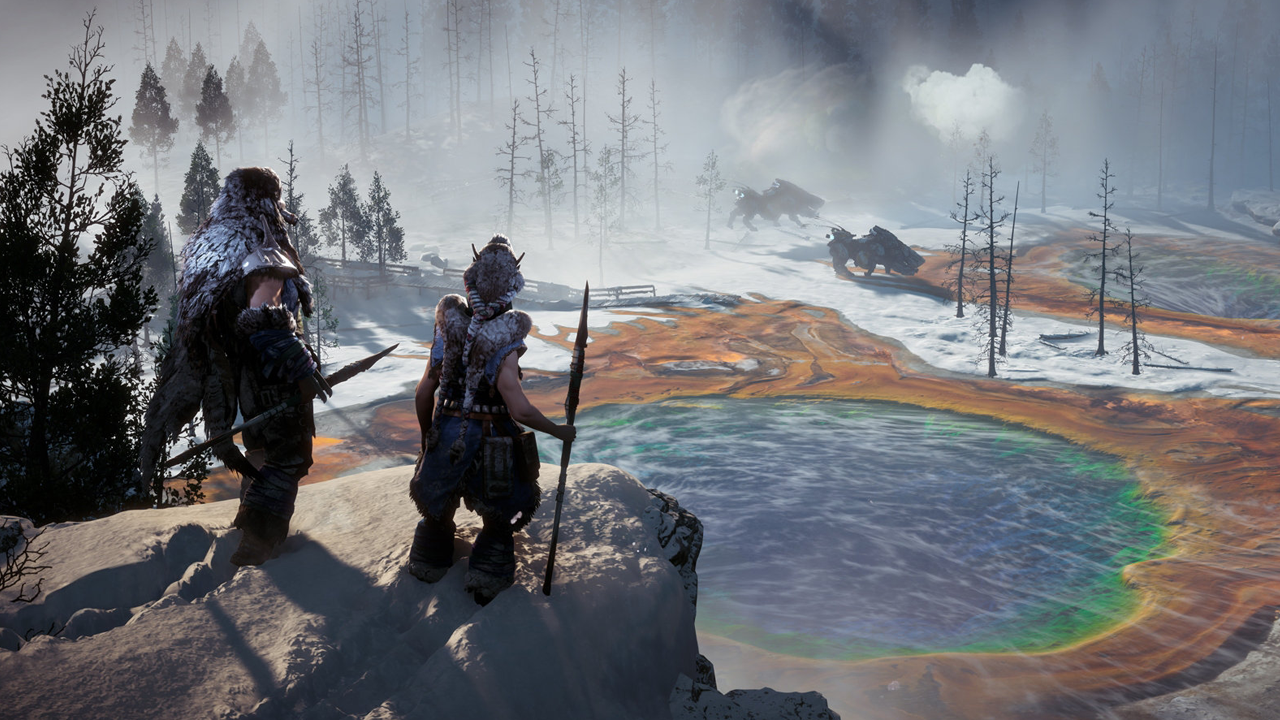 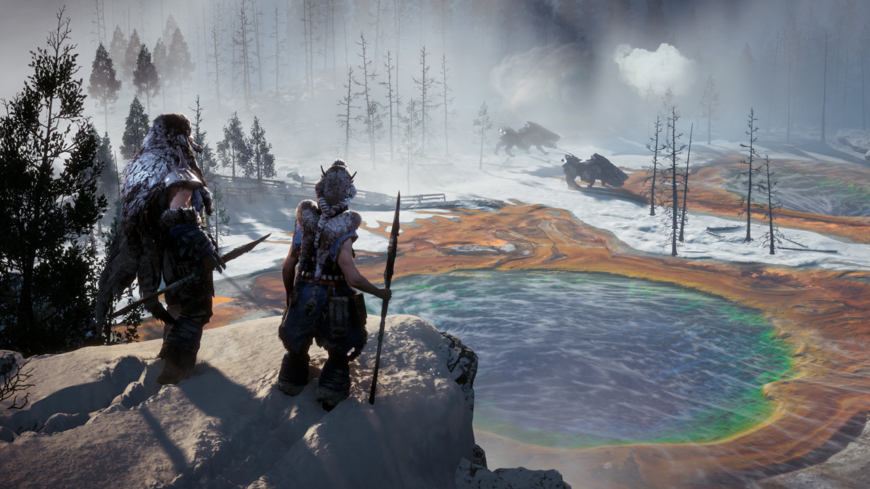 Horizon Zero Dawn is one of 2017’s best games. I was obsessed with this title and sank close to 100 hours into perfecting my robo-dino hunting skills. When developer Guerrilla Games announced that some meaty DLC was en route, I was most chuffed at the prospect of diving back into the game to continue Aloy’s epic.

Guerrilla Games has definitely delivered on the DLC front, but I kind of feel as if The Frozen Wilds is more like an expansion pack than your run-of-the-mill DLC. There’s a lot on offer here; it’s not quite as massive as CD Projekt’s gargantuan Blood and Wine expansion to The Witcher 3, but it’s way more than is the norm insofar as downloadable content goes. In that regard, The Frozen Wilds is great and definitely ticks the bang-for-your-buck checkbox, but ticking checkboxes is also possibly where it falls a little flat.

The Frozen Wilds is more of the same, which in this case isn’t a bad thing because more Horizon Zero Dawn is nothing to turn your nose up at. Aloy meets a merchant in one of the border towns of the desert region who tells her about strange machine behaviour further north in a Banuk territory known as The Cut. Not one to shy away from machines doing weird stuff, Aloy packs her seven dozen types of bows and treks off to find out what’s happening.

Horizon Zero Dawn has some fascinating canon that’s had a lot of care put into it, so for those like me who got a kick out of the world building in this game, The Frozen Wilds delivers in that it greatly expands upon the Banuk people who are only encountered a handful of times in the main game. The expansion also sheds some further light on the character Sylens; and I’ll leave it at that in order to avoid spoilers for those still playing the main game. Suffice it to say, there’s a generous helping of lore to lap up.

Gameplay hasn’t changed at all with the exception of some new weapons that slightly alter combat. There’s also a new currency of sorts for you to find in order to unlock new weapons and outfits, and there are more items to collect in a similar vein to the Metal Flowers and Banuk Artefacts of the main game. Three additional robots have joined the enemy roster, and there’s a new Daemonic variant of robots much like the Corrupted versions from the main game. See? All the checkboxes are ticked to make this a suitable expansion to the main game.

What does make things more exciting are the new Control Towers that can be found in fixed locations around The Cut. These robotic towers repair nearby machines and make your Override ability all but useless as they negate your efforts to take control of nearby beasties. The expansive new area that’s open for exploration is as gorgeous as the rest of the game, and the blizzard effects certainly convey the sense that Aloy is traversing some incredibly inhospitable locales.

As much as I enjoyed what The Frozen Wilds has to offer, it does get dangerously close to dragging towards the end, and it feels as if this is done in order to create a faux sense of longevity. The final quest in the expansion is broken into three sections: the first is really engaging and provided some clever twists to the machine-hunting staple that made the main game such fun. However, shortly after that section concludes you’ll find yourself in a very dreary and familiar location type that overstays its welcome. Adding to the lengthy traipsing is a bullet-sponge boss encounter that I found pretty cheap, especially considering that said boss type can then be found throughout The Cut, but are way easier to take down.

78It’s more of the same, only in a moody new environment with some new enemies and weapon variants to keep you occupied. The additional lore is great, as are the handful of new characters that Alloy encounters. The Frozen Wilds is definitely worth checking out for fans of the original game, but it sticks to the familiar at the expense of bringing something fresh. In that regard it’s a little disappointing, but not disappointing enough to be ignored.