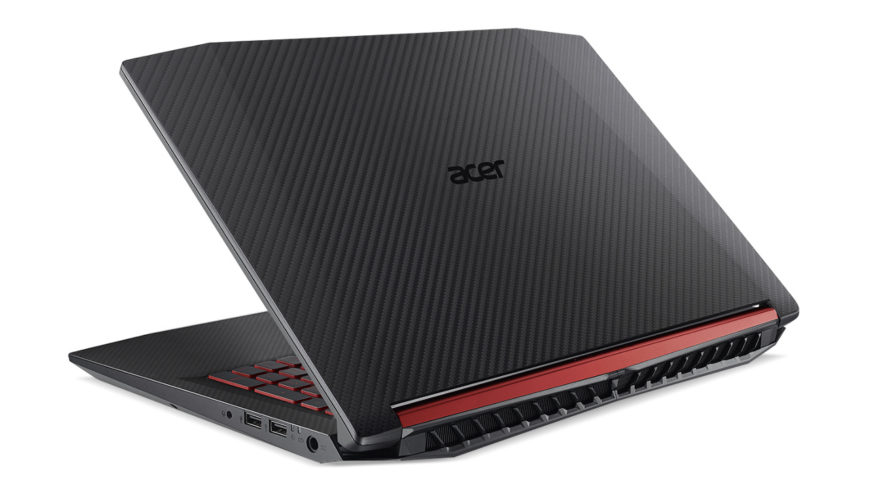 A couple of years ago, I got really excited for an all-AMD gaming laptop from Lenovo, but that fizzled out when they took several wrong turns which resulted in an unappealing product. ASUS did their thing with the ROG Strix GL702ZC, but it’s unwieldy and a tremendous battery hog.

Late last year, AMD put the laptop issue to rest when they officially announced Raven Ridge, a new family of Ryzen-based APUs with Vega graphics inside, along with mobile variants suited for low-power use. At the time, the accompanying announcements from HP, Dell and ACER weren’t all that inspiring to the mid-range gaming segment.

Thankfully, Acer’s finally thrown their hat in the ring and announced a new variant of the Nitro 5, an all-AMD gaming notebook for the mid-range market, and I think I can finally allow myself to get excited again.

The Nitro 5 is an addition to the existing Nitro line of mid-range gaming notebooks, sharing some of its design with the Predator family, but staying firmly in the cheaper bracket when it comes to looks. The Nitro 5 uses the same 15-inch chassis as the Predator family, but updates it with a carbon fibre-like finish on the lid, together with red accents. For the AMD version, there’s a selection of either the Ryzen 5 2500U or Ryzen 7 2700U with Vega graphics, a discreet AMD Radeon RX 560 with up to 4GB of GDDR5 RAM, a mixture of hard drives and NVMe SSDs, up to 32GB of DDR4 memory, and battery life reaching the five-hour mark. The display is an IPS 1080p unit, but it doesn’t include FreeSync support.

Because the Nitro 5 family is already available with Intel processors and NVIDIA graphics, there shouldn’t be much of a wait for this model to hit shelves overseas, or even locally. I really want one for myself now. 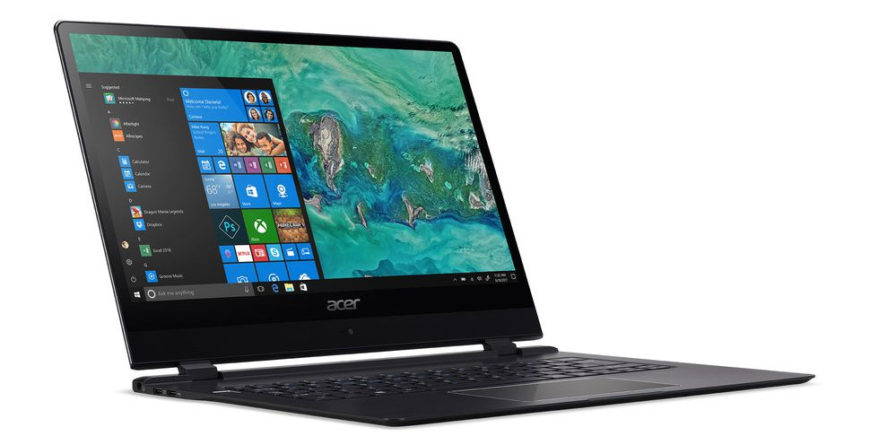 Acer’s also announced the new, redesigned Swift 7. I reviewed the Swift 7 in its 2017 guise, and it’s a great device with a few shortcomings. This year’s model is even thinner, which leaves me wondering where the hell they put the battery. At its thickest point, the chassis is barely thicker than a USB Type-C port, and the hinge mechanism leaves the display sitting higher when it’s swung open. Unlike the 2017 model, the 2018 Swift 7 packs a 14-inch display with touch capability, and the camera module is being moved to the bottom bezel, which means it may end up looking up your nose during Skype calls.

Internally, it’s powered by a last-generation Intel Core i7 processor (two cores with hyper-threading), up to 8GB of LPDDR3 memory, up to 256GB of SSD storage (last year’s model was user-replaceable), an LED-backlit keyboard, and a touchpad that doesn’t click. That last part is the most interesting change here. Unlike Apple’s recent MacBooks, Acer hasn’t implemented any sort of haptic feedback to simulate mouse clicks, or to give some indication that you’re clicking and dragging something without looking at the screen. Acer will have to rely on software to make this work properly, and it’s going to be a challenge. 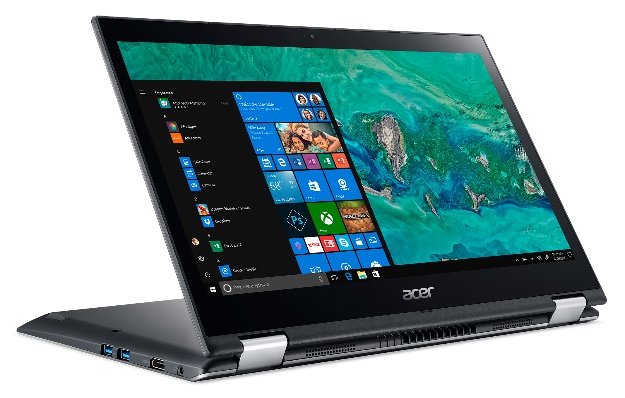 Acer’s Spin 3 also gets a makeover, and this year’s model sees a change to the paint finish as well as internal upgrades, moving to Intel’s eighth-gen family of Core processors. The smaller form factor, extra ports, and 12-hour claimed battery life promises to turn this into another workhorse option for those of you who want an ultra-portable device, but don’t want to break the bank trying to find one that’s also versatile. For reference, I looked at the Spin 7 last year and discovered that 2-in-1 devices at those levels of thickness, with such a low weight, aren’t always viable computers. The Spin 3’s heft will work in its favour.

Like the Swift 7, the display also moves up to a 14-inch IPS panel at 1080p, with protection courtesy of Corning Gorilla Glass. I like these glass designs because keeping things clean is easier without plastic lips under which dust can hide.

Finally, if you’re looking for a cheap Chromebook that’ll serve as a companion device, Acer has you covered with a new Chromebook 11 for 2018. These aren’t taking off in South Africa like they are in the US, but they’re becoming quite capable. This variant is available only in blue with a brushed plastic top, two USB 3.1 Type-C ports, two USB 3.0 Type-A ports, an SD card reader, and a 3.5mm headphone jack.

As always, these units are very barebones. This one runs on Intel’s Atom processors from the Apollo Lake family and ships with either 2GB or 4GB of LPDDR3 memory, and up to 32GB of eMMC storage. The display runs at a paltry 1366×768 resolution, even though it’s an IPS panel. What it lacks in power, it more than makes up for with its battery life, which stretches into the ten-hour range, at least according to Acer.

That’s all from Acer for CES 2018. It’s a quiet period for the company because they usually have their announcements bundled in at Mobile World Congress or Computex, but at least the confirmation of the AMD-based Nitro 5 is out there. 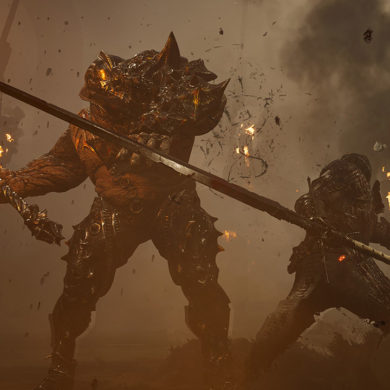