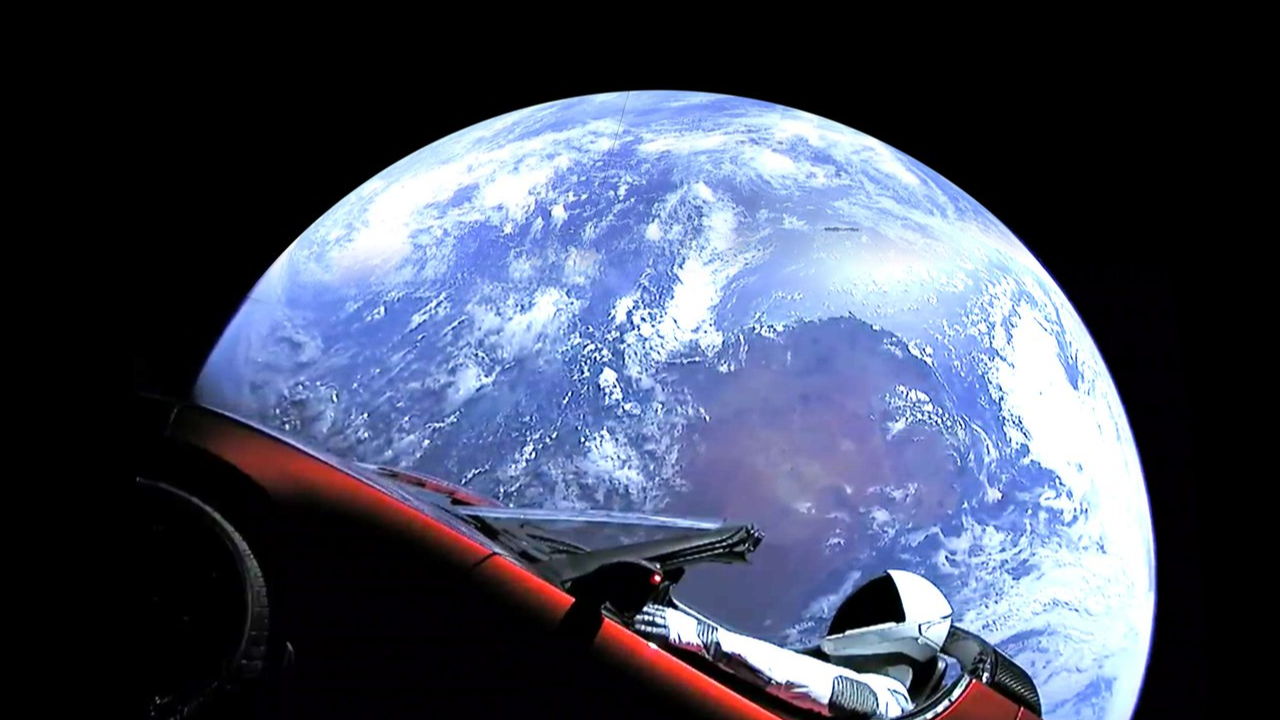 Falcon Heavy sends a car into space, and soon the asteroid belt 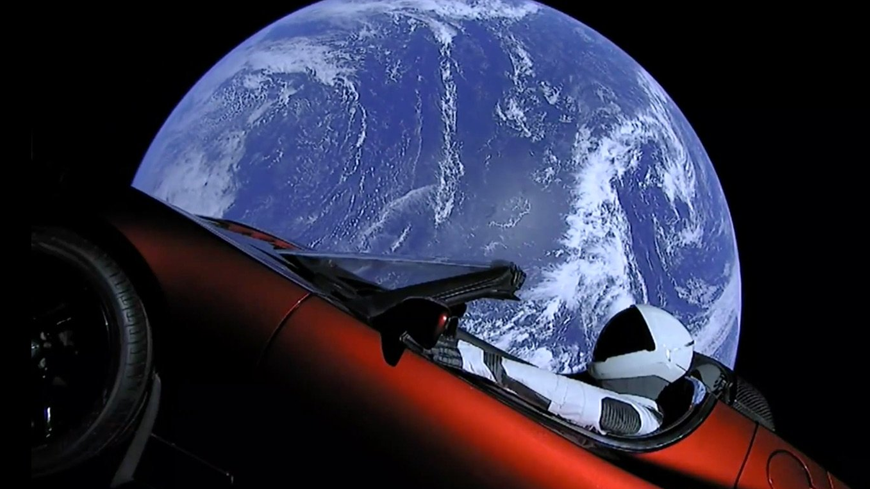 NAG has always been about games, technology, and stuff, and it’s the latter two that were celebrated last night when supervillain-in-disguise Elon Musk strapped some rockets together and shot his own Tesla Roadster into space with the goal of sending it to Mars. It carries a mannequin called Starman in a SpaceX spacesuit. Soon we’ll hear all about the adventures of Starman (named after the David Bowie song) in our mainstream and social media.

The launch itself was successful, and was a lot of firsts for SpaceX all slapped together in the most ballsy project they’ve ever attempted. Falcon Heavy is a trio of Falcon 9 rockets strapped together to deliver more thrust and carrying power than any other multi-engine launch system on offer – and at a third of the price, too. The individual rockets are reusable and can land on their own, and SpaceX made history by landing the two first-stage Falcon 9 engines simultaneously with almost exactly the same manoeuvres. Seeing this live was bizarre because it looked like the video feeds were identical copies of each other.

Falcon Heavy’s second stage rocket made its way to SpaceX’s drone ship, Of Course I Still Love You, but without enough fuel to slow its descent, ended up plummeting into the sea just a few metres away from it. That stage will eventually be recovered for analysis, but SpaceX’s launch altogether showed that they had a successful product that would get cheaper with each launch and each rocket reuse.

Starman has a serious mission goal. He’s a mannequin in a SpaceX suit designed for actual use by astronauts in space. Musk’s idea was to use a production-ready suit because they could use the time it spends in space for an extended period to see how it fared – taking notes on how well it maintained temperature, any long-term ill effects from radiation exposure, and general wear. Usually these suits are tested in pressure vacuums here on Earth, but space is a much better environment to see how it really works.

Starman is also not without some entertainment. The Tesla Roadster has its on-board tablet hard-wired into the gigantic battery underneath and has the words “Don’t Panic!” displayed in large, friendly lettering rather prominently. Starman has a nice, fluffy white towel tucked underneath him for good measure, and a copy of The Hitchhiker’s Guide to the galaxy in the glove box. If he was a real astronaut, he could while the hours away playing with a miniature version of the Tesla Roadster with a tiny Starman inside it, or read the gold plaque stating the names of every person who worked on the Falcon Heavy project.

Also inside the glove box is a copy of Isaac Asimov’s Foundation book series stored on a laser optical quartz disc that should last for 13 billion years. Created by the Arch Mission Foundation, the disc is called an Ark by the company, whose mission it is to preserve the human record for millennia to come. The sound system is also wired to the battery and plays exactly one song on repeat, namely David Bowie’s Life on Mars.

Not only is Musk paying homage to Douglas Adams and David Bowie with this, he’s also echoing a scene from Soft Landing, a short story in the HEAVY METAL series in which an astronaut sitting in a 1960 Chevrolet Corvette is sent down to Earth and lands in a desert.

Five hours after launching, SpaceX began an escape burn to send Starman on to Mars. Unfortunately, the burn duration was slightly longer than intended, and Starman is on a current trajectory that misses Mars and will go straight through the asteroid belt between Mars and Jupiter. We’ll probably get some data on that eventually, but it will be interesting to see if SpaceX can get some pictures or video from the on-board cameras.

See, this is the kind of stuff that happens when nerds have too much money. 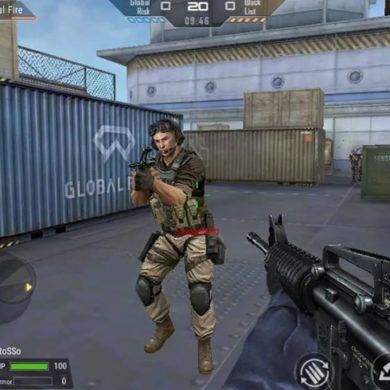