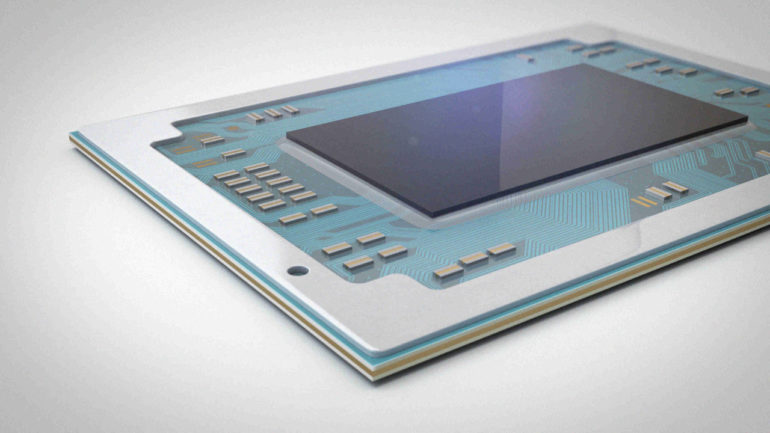 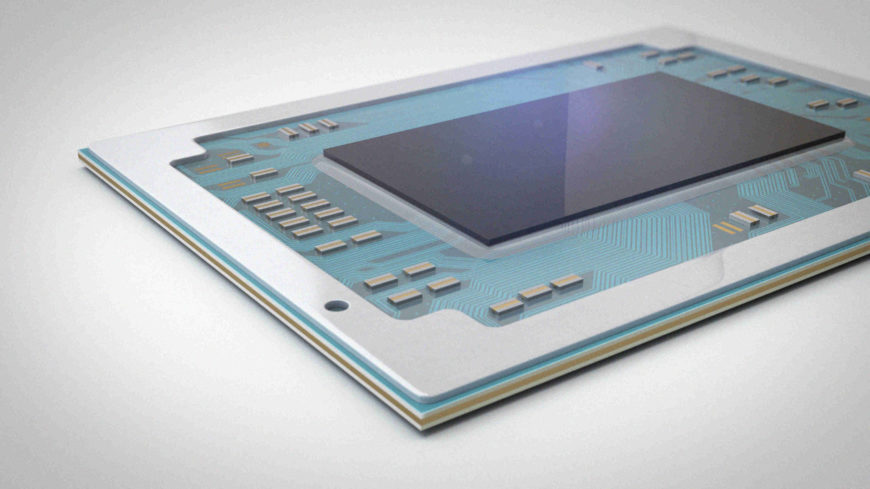 Today, AMD launches their Raven Ridge APUs, a project that has been in the works for a very, very long time. AMD planned ahead of time for Raven Ridge by allowing motherboard manufacturers to include video ports and build in all the required elements to support integrated graphics on their future processors. Although Raven Ridge shares the same socket as Ryzen, it’s very likely that AMD’s upcoming 400-series of motherboards will support it more fully, including shipping with updated video output options across the range of motherboards.

With reviews of Raven Ridge probably out in the wild by the time you read this, you’re probably wondering what you’re going to need to get started. The basics are obvious – a Raven Ridge APU, a socket AM4 motherboard, and some DDR4 RAM, a power supply, and a case (optional, really, if you like to live dangerously). But Raven Ridge has some requirements that are intended to give you the best experience…and it makes your build selection a bit more complicated. 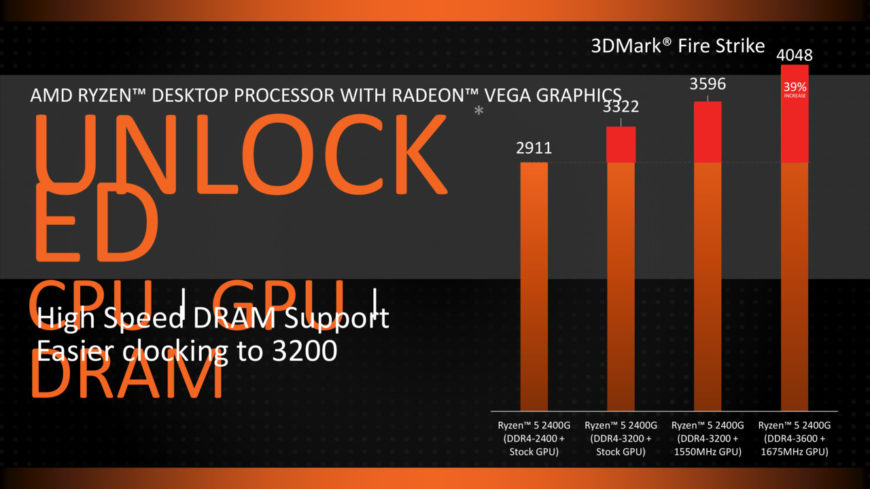 You’re going to need that DDR4 to run at least at 2666MHz for a decent experience. Because the Raven Ridge APU shares the system memory with the graphics card, you’re going to want to use fast memory to make up for the bottleneck of DDR4. Raven Ridge doesn’t make use of high-bandwidth memory (HBM) or GDDR5 memory, so it’ll have to make do with regular DDR4 RAM.

However, given the current prices of high-end, high-speed RAM (reaching almost R2,000 for a DDR4-2800 dual-channel kit), building a system with a lot of RAM is going to be expensive, especially because cheaper single 8GB DDR4-2133 RAM kits are more plentiful around the R1,500 mark. It’ll work just fine for non-gaming purposes, but assuming that you’re building a Raven Ridge system to use the GPU, you’re going to want faster memory. 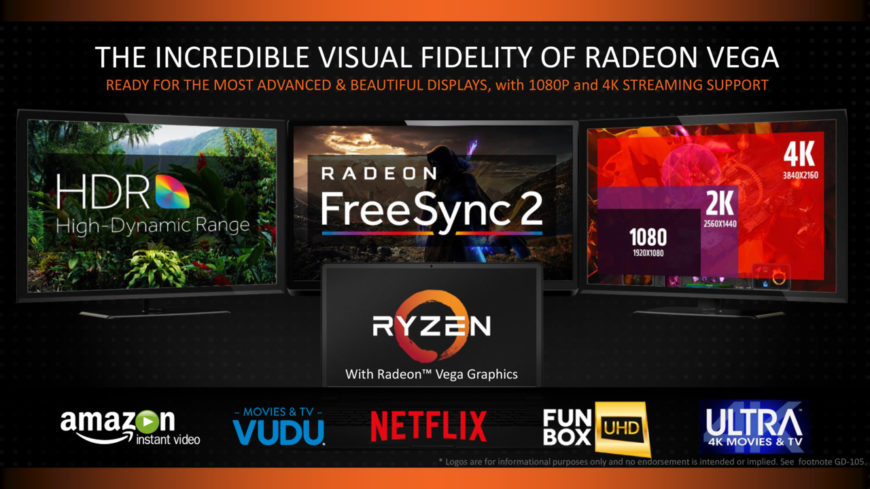 Raven Ridge’s internal graphics supports AMD FreeSync 2 and can also accelerate the decoding of UltraHD 4K media, although for the moment that means you’re limited to using Windows 10 and the Edge browser. But that’s not going to help if your motherboard doesn’t support it. FreeSync is supported over HDMI and Displayport, but the majority of socket AM4 motherboards only support HDMI 1.4a connections, and lack FreeSync capability.

There are also only a handful of boards that have a Displayport 1.2a connection. These are:

It is possible that AMD will have some sort of firmware update in the future that turns all the HDMI 1.4a ports on motherboards into HDMI 2.0a ports with FreeSync 2 capability, but this seems somewhat unlikely given that they’d rather allow their board partners to sell new motherboards instead. Still, if you wanted to set up a Raven Ridge system soon and use a FreeSync monitor, one of those boards will be needed. But there’s one more thing to account for: 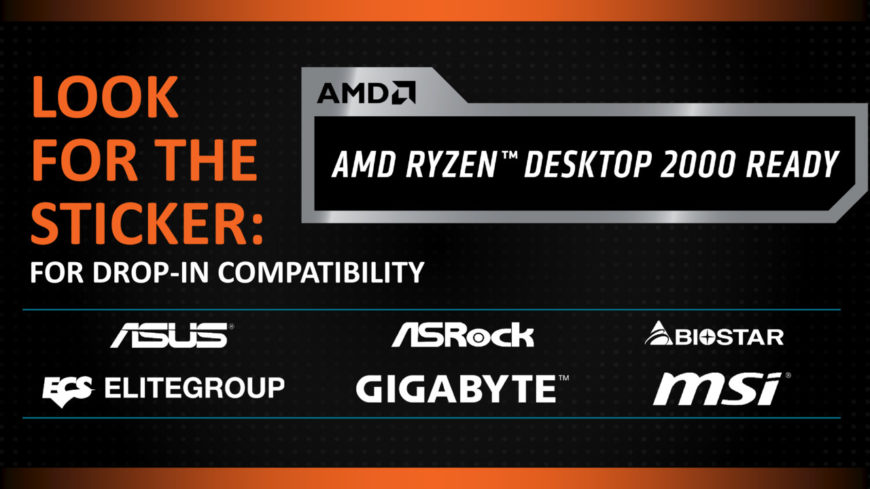 BIOS updates are required to run Raven Ridge APUs, which means it’s a certainty that the motherboards sitting on warehouse shelves now are not going to boot up, or even POST. Which narrows the choice down to Asus’s models, seeing as they offer a feature called CrashFree BIOS to update the BIOS of their motherboards even if the CPU is currently incompatible. The motherboard manuals detail how to do this, but all you really have to do is have a flash drive handy formatted to FAT32 with the BIOS files on it. On boot, Asus motherboards search for any flash drive that has the BIOS file loaded on it, and will attempt recovery automatically.

Which is both handy, and annoying if you forget the flash drive in the port. Which, for the record, I’ve done myself. And it took me more time than I would like to admit to figure out what was going on.

That’s about it, really. Raven Ridge is a simple platform to buy for, so long as you keep in mind that most motherboards can’t do FreeSync and most of them won’t boot either. Keep a lookout for AMD’s APUs available at retailers such as Rebel Tech, Raru, Wootware, Evetech, Landmark PC, Loot, and others. 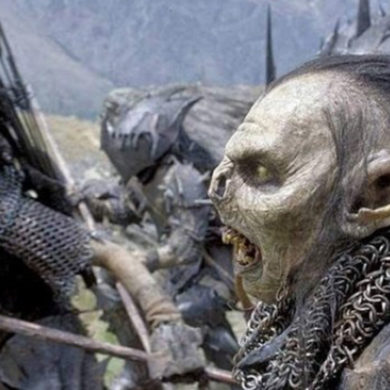