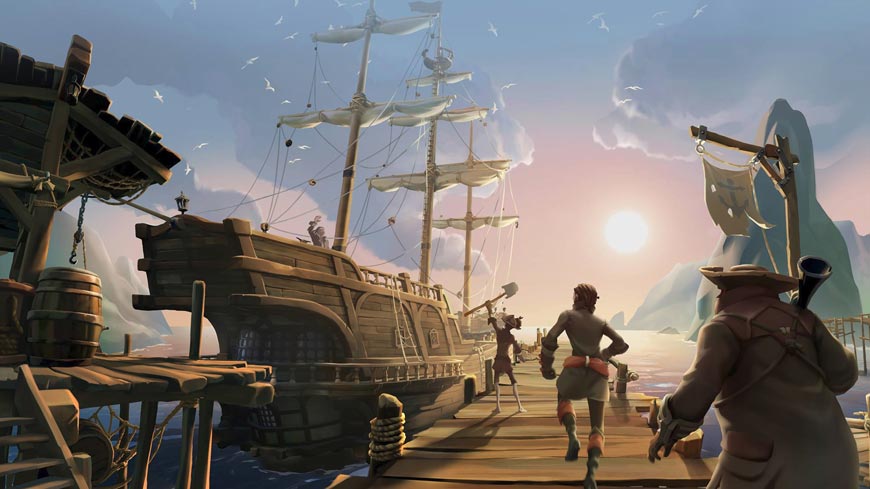 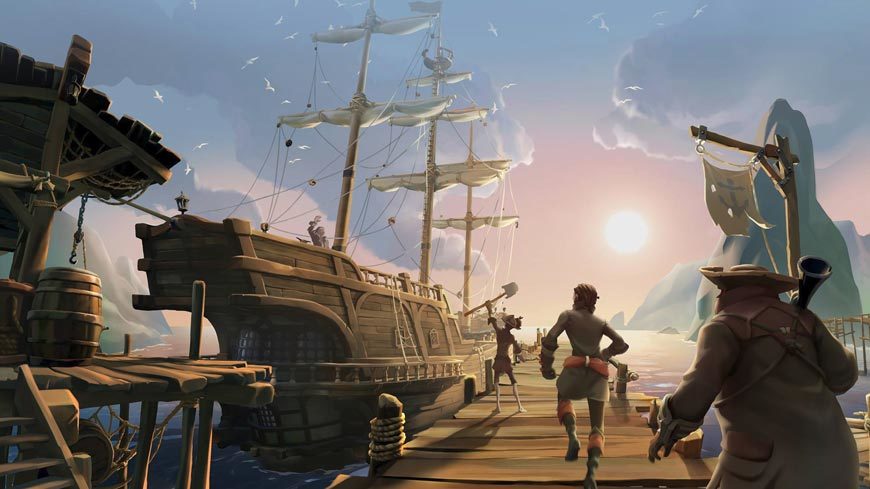 I’ve written about Sea of Thieves more than any other game so far during my short time with NAG. I guess I’ve gone and appointed myself the de facto Sea of Thieves ambassador here, mostly because no-one else seems particularly interested. As such, I took the plunge this weekend and pre-ordered Rare’s much anticipated high seas adventure, just in time to take part in the latest closed testing phase. My excitement was palpable.

Within half an hour I was reminded why I rarely play online games with strangers, and that’s because 90 percent of them are foul-mouthed assholes.

Now, don’t get me wrong. I too am a foul-mouthed asshole. Ask my friends, they’ll corroborate my story. I’ve got a mouth like a cardboard box full of dead sardines that’s been left in the rain. But I reserve my torrential downpourings of filth for my friends, because we know each other and understand each other. With strangers, I temper my enthusiasm (except on Twitter, but I’m working on that). When it comes to online games, I only ever speak to the people I know. When I see a stranger in a PvP setting, it’s kill or be killed, and it happens in silence. I don’t even plug in my headset.

But Sea of Thieves is supposed to be all about the shared-world pirate experience. So I plugged in my headset. I really, really wish I hadn’t.

Many of you probably haven’t tried Sea of Thieves yet, so perhaps for context I should paint a fuller picture. I’ll keep things vague, because much of the game’s character lies in going in blind and figuring it all out on your own. You don’t need a skipper’s licence to make your way onto open seas, but you need to think fast and keep your wits about you if you plan on keeping your ship in shape. I sank mine within the first eight minutes.

We’ll get into the details once the game is launched and we can give it a proper going over, but I have to say that Sea of Thieves is beautiful. Maybe not in the traditional sense, but Rare has gone for a sumptuous, stylised aesthetic that looks somewhere between a painting and clay modelling for the ships, landscapes, and other assets, while the ocean itself is undoubtedly the best I’ve ever seen in a game. The sun twinkles on its heaving surface like a million diamonds. Clouds bloom in the sky like octopus ink. It’s quite a sight.

It’s fun too, even when you’re just sailing around aimlessly. But it can be a lonely experience, heading out on your own. So, when I spotted another ship for the first time, anchored close to a bean-shaped island, I pulled over. To be sociable and all that. Armed with a banana and a sense of wide-eyed naivety. And this is where I began to worry about the shared world of Sea of Thieves.

The stranger’s voice came like a foghorn in the night. A racist, asshole foghorn.

And then he shot me in the face and I was very dead. I woke up on some kind of ghost ship, and then respawned back on my ship. Well, in the water next to it.

And then he stabbed me to death, while his pirate friend laughed.

This was my first experience with other real people in the game, and it didn’t sit well with me. I expect this sort of thing from Call of Battlefield servers populated by 12 year-old edgelords, but I was hoping for something more from Sea of Thieves, maybe a bit of a Disney vibe to how people deal with one another. I was stupidly hopeful that there might be a sense of shared wonder among pirates, especially while we’re all busy finding our sea-legs early on, creating unique encounters, maybe even a brief parley before getting down to the stabbing and shooting. I imagined pulling my ship up alongside a stranger’s galleon and saying, “Hey, there’s a huge skeleton fort over there, but I can’t take it alone. Want to go check it out?” And then the other ship’s captain says “Yeah man, let’s do it!”, and then we clang our swords together and make manly grunting sounds of positive agreement.

I should’ve known better. These brief interactions stayed with me for the rest of my time with Sea of Thieves. I couldn’t shake the sound of that guy’s voice – he was shouting angrily, as if I’d somehow wronged him personally in a past life. And so, for the rest of the weekend, I hugged coastlines, wandered around uninhabited islands and forts, and shot cannonballs into the ocean for no reason. I swam underwater, smiling at the schools of clownfish, marvelling at the muffled sound of thunder from beneath the waves, surfacing to see shards of lightning cascading across the night sky. I found some treasure, I ran my ship aground, I fixed the hole with planks, and then I scooped the water out of my ship with a little bucket. It was lovely. But if I saw even just the tip of another ship on the horizon, I swung my sloop around and sailed into the sunset.

My dislike of being sworn at loudly by strangers probably won’t be an issue for a lot of people, but the aggression and verbal abuse just didn’t work for me, and it felt completely at odds with the lighthearted nature of the rest of the game. In fact, it ripped me right out of the pirate life I was immersed in. I don’t see Rare implementing any kind of solution or workaround where you can play without dealing with PvP shenanigans, and the best I can hope for is probably some kind of reporting system for particularly unpleasant pirates.

Basically, if I’m going to play Sea of Thieves I’m going to have to toughen up and find a few friends to join me, so that I can hide in the ship’s hold, tending to the chickens while my shipmates do the swearing, stabbing, and shooting. As it stands right now, Rare has created a wonderful sandbox world to play around in. I just don’t know if I’m ready to play with others.

*Not the words he used. I’m not going to publish those.