NVIDIA’s GeForce Partner Program is still causing a bit of a stir, uniting AMD fans to report NVIDIA to the US FTC for anti-competitive behaviour, and causing a flood of “never going to buy from this brand again” comments on social media. NVIDIA has kept quiet on the subject, but this hasn’t helped to move the story out of the public eye.

It’s been rumoured that one of the requirements for becoming a partner in the GPP is that your gaming brand has to be exclusively aligned with NVIDIA. We’ve discussed this at length as we try to decipher what this might mean for NVIDIA’s partners. A new rumour from Videocardz now speculates that ASUS’ new branding for their AMD graphics cards will be separate from the ROG family, and will be called AREZ.

Videocardz says an anonymous source from ASUS claims that the AREZ brand not only means that the product names for the cards might change, but that the branding might also bump ASUS out of the picture as well. If this proves true, this would be similar to how GIGABYTE spawned the AORUS brand, which was allowed to take on a life of its own. AREZ would continue to exist under the parent brand ASUS, but would have a different direction to the main brand.

For now, this is just a rumor, but our information comes directly from ASUS. Apparently, ASUS will launch a new AREZ brand for Radeon series. These cards will not carry any ROG branding. In fact, they might even lose ASUS branding altogether.

The ROG series simply do not exist under AREZ brand. That said there are no AREZ ROG STRIX series, but AREZ STRIX. Same applies to other sub-series, such as Phoenix, Expedition and so on. These are called AREZ Phoenix or AREZ Expedition respectively.

Videocardz gives us an example of how that would change the branding:

The sub-brands for Strix, Dual, Expedition, and Phoenix would reportedly still stand, but would fall under the AREZ brand. The use of AREZ is interesting, as ASUS had products called “ARES” back in the day. These were exclusive, very high-end, once-off custom designs for GPUs that used proprietary shroud designs and water cooling. It was considered an experimental brand, which encompassed all the crazy things ASUS wanted to do, but was unlikely to find support in the mainstream market.

We’ll have to wait and see how this latest twist to the GPP saga plays out. 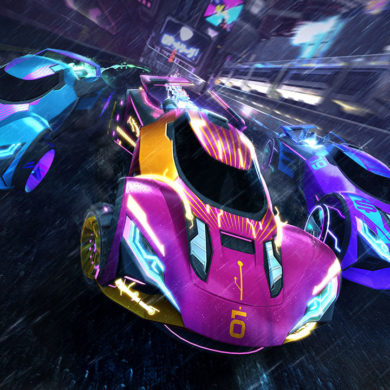