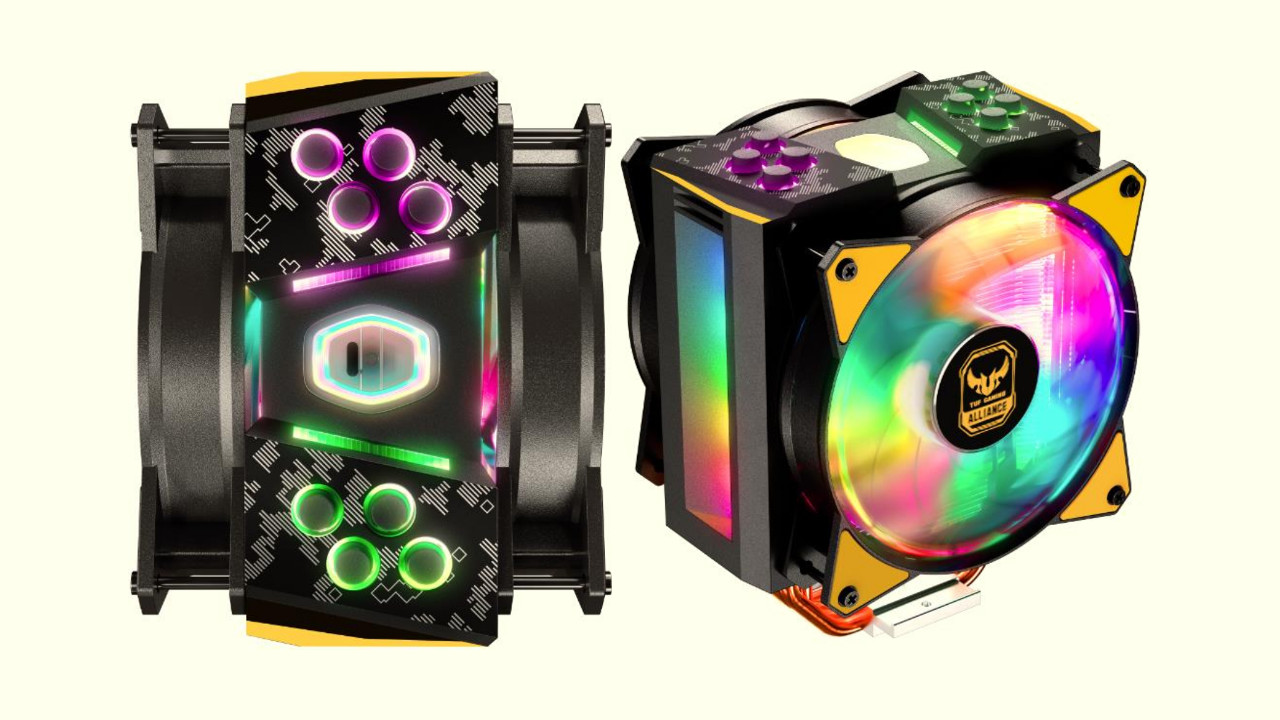 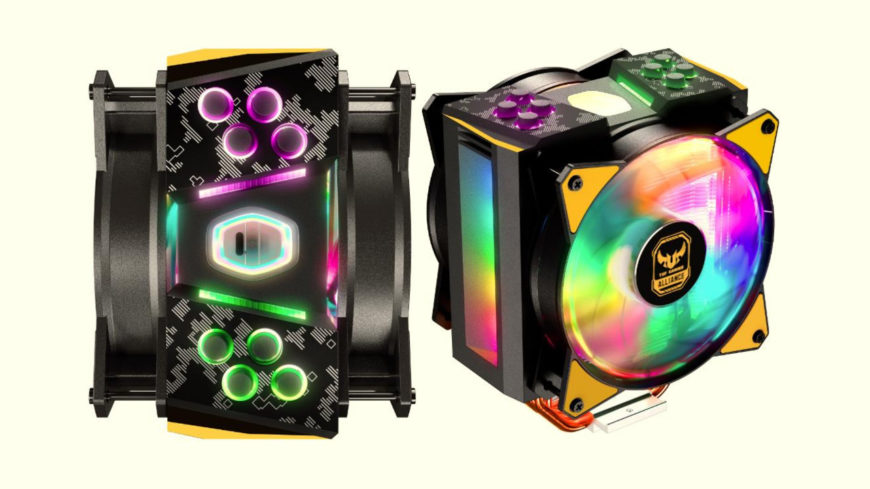 RGB is one of those things that I can’t fathom why it’s popular, but damn is it ever popular. Cooler Master’s MasterAir MA410M TUF has so many RGB LEDs that it might have more than the average computer. This is Cooler Master’s second cooler in the TUF family, the first being the MasterAir MA620P TUF for high-end desktop processors. If you wanted your CPU cooler to have more colours than Rainbow Dash and push through enough air to blow-dry your hair, this is the cooler for you.

The MA410M TUF Edition is based on the standard MA410M, which has the same heatsink design using four copper heatpipes directly contacting with the CPU heatspreader along with an additional two heatpipes drawing extra heat away from the aluminium heatsink holding it all together. Air is drawn in using two customised MasterFan MF120R ARGB case fans, pushing 50 CFM at a maximum speed of 2000 RPM.

The TUF edition adds an extra dozen or so addressable RGB LEDs in the cooler’s shroud on the sides, the top ends of the copper heatpipes, and through diagonal cut-outs on the top of the heatsink. The side RGBs look a lot like the front of an InWin Infinity RGB chassis, so that’s pretty neat. The RGB LEDs can be addressed using a separate controller that plugs into certified motherboards that are compatible with ASUS Aura Sync, Gigabyte RGB Fusion, MSI Mystic Light, and ASRock RGB LED controller software. Cooler Master’s MasterPlus+ Software is also an option here for controlling the lighting.

There’s also a neat feature on the bundled controller that will set the cooler to light up in a set of colours that will tell you the temperature of the CPU by moving through the colour space to indicate cooler and hotter temperatures. The cooler does this thanks to a built-in thermal sensor on the aluminium heatsink

The MasterAir MA410M TUF Edition will ship with a 5-year warranty as standard and will be available in the second half of 2018 in EMEA regions. Pricing is not yet available, although the standard MA410 can be found locally for around R600. You can check out the rest of the TUF lineup from ASUS and partners here.