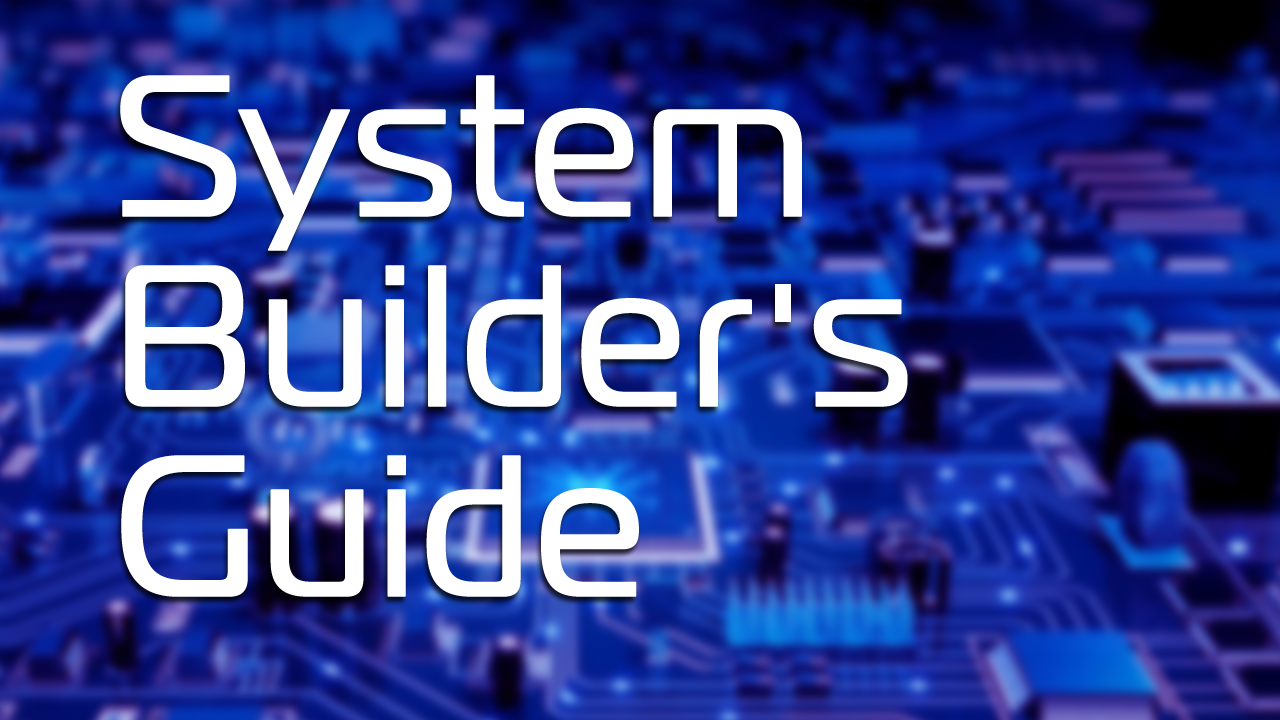 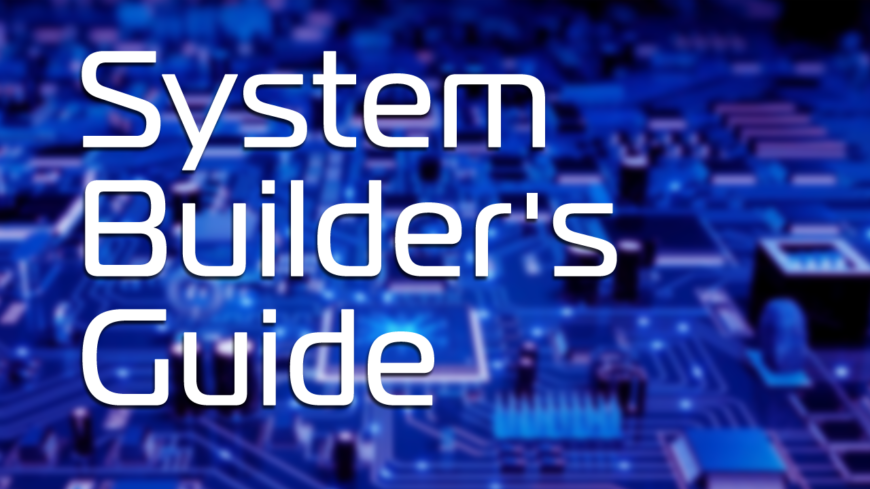 Welcome, NAGlings, to the bi-monthly System Builder’s Guide. Today’s edition concentrates on mainstream parts, the budget builds that most of us can afford. AMD controls most of the mind share for the budget market these days, but Intel’s Coffee Lake family still offers good value for money for mainstream users. While the crypto market is waning, most distributors and retailers are still wary of the popularity of mining going up again – even at $6,200, it’s still profitable if you’re mining in exchange for Bitcoin. We also have this whole trade war thing to worry about, as other countries start increasing import tariffs on the United States in retaliation to President Trump’s tariff increases. As part of the EMEA, South Africa may be affected by higher prices of imports of American goods, including processors. We’ll see how that plays out in the long run, but for now, it’s a good time to build a PC.

Mainstream is getting more capable

One of the things that’s struck me over the last two years is how quickly the mainstream, budget-minded part of the market stepped up their game and became more rounded, and more full-featured. It started, I suppose, with Intel’s Pentium processors suddenly gaining an extra two virtual cores. This meant that, for all intents and purposes, that Intel had discounted their Core i3 lineup and was willing to give away this free performance upgrade to Pentium users for no additional cost. As time went on, we saw both AMD and Intel match each other in terms of what they were willing to offer to the mainstream market. For Intel, they eventually gave us Coffee Lake Core i3 processors with four cores. For AMD, it was quad-core chips that may have featured SMT and an unlocked CPU multiplier. When it came to the motherboards, both companies put a lot of stock into improving the mainstream offerings in the hope of kickstarting a rush of upgrades from consumers. 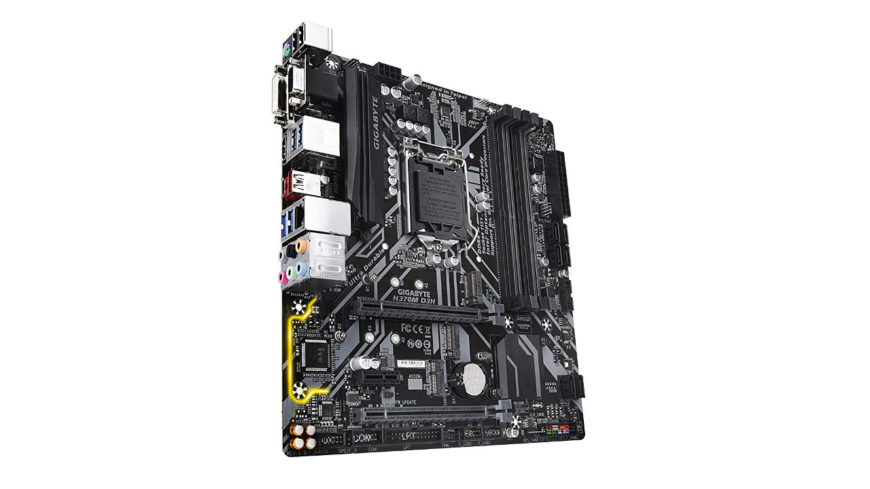 Whether that worked or not remains to be seen. AMD certainly steals Intel’s thunder at the high-end, especially with parts that compete with the Core i5 family, but both companies have seen measurable drops in sales compared to the previous year. Across all motherboard vendors, their efforts to market mid-range features better and push out more attractive designs have clearly been noticed, especially with how good Gigabyte’s H370M D3H looks, but it’s all for nought if DDR4 and GPU prices stay the way they are now.

It means, as well, that Intel’s experiments with consumer adoption of CNVi have taken a bit of a detour, and AMD’s APU family isn’t necessarily doing as well as it could be thanks to a lack of cheap DDR4-2933 modules. The knock-on effect of the DDR4 pricing issue has even slowed down USB-C adoption indirectly – without consumers buying new computers with the standard and trying to buy more USB-C devices, manufacturers are only hearing that sales are down. This is not a good time for the PC industry. 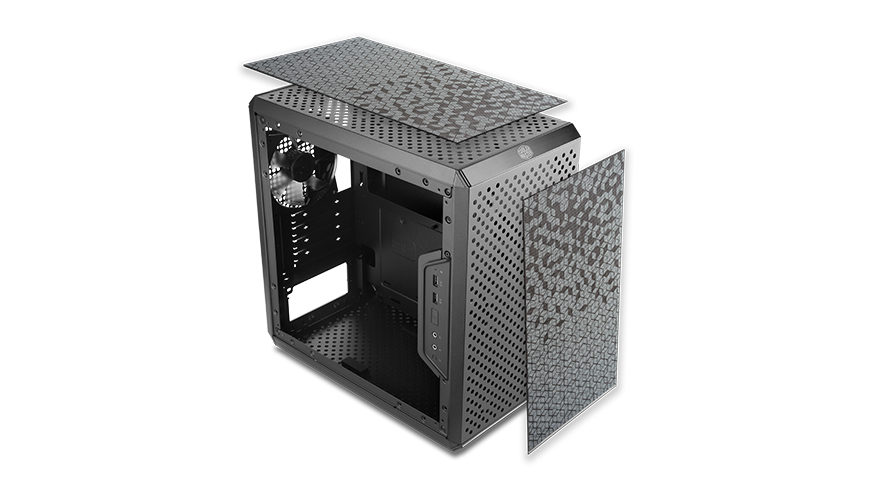 There is, however, good news on the horizon. Prices for power supplies and PSU stocks are back to normal, so we don’t have to worry about not being able to nab something whenever without miners snapping them up first. Chassis manufacturers are also pushing out some of their best designs in decades, and many are exploring new ideas like magnetic dust filters, built-in fan controllers, and better cable management. Solid state drives are the cheapest they have ever been, and the last big hard drive manufacturer, Seagate, has finally joined in the fray.

This time last year, I wrote that there has never been a worse time to buy a new PC than mid-2017. Mid-2018 is still recovering, but there is definitely value to be had here, especially for budget-minded users. The only thing that hasn’t changed is the availability of mini-ITX socket AM4 motherboards, but I’m hopeful that the new B450 series from AMD and partners will soon fix that.

The starter R5,000 build goes a bit over budget this month, but I struggle to see where I could reliably swap out something for a cheaper component without compromising on the build overall. We kick things off with an AMD Ryzen 2 2200G, AMD’s latest APU family which includes processors based on the Zen architecture and the Vega graphics core. These chips are surprisingly capable for their size and price. Pair it up with dual-channel RAM at 2666MHz or faster, and you have NVIDIA GeForce GT 1030-matching performance in most games. Unfortunately, due to the memory pricing issues, we can only fit a single 4GB stick in here, but most games are still playable even with half the memory bandwidth available. Move to dual-channel RAM as soon as you can afford it.

Connecting everything together is ASRock’s A320M-HDV mATX motherboard. ASRock’s board is fairly full-featured for such a cheap product – it includes two chassis fan headers, has rotated SATA ports, and even uses a 3+2 phase VRM configuration, so there’s enough power delivery to your APU if you decide to overclock the integrated GPU. It’s incredible to see how capable these motherboards are today compared to just three years ago, so we’re definitely getting our money’s worth here. ASRock even thought of an optimal PCIe configuration, putting a PCIe 1x slot at the top alongside the M.2 slot so that you can install or a remove a M.2 SSD without removing your graphics card (also giving you clearance to put a finger in there to release the PCIe 16x lock). Neat!

While the power supply is very pedestrian, the focus here is Cooler Master’s MasterBox Q300L. This is a cubed mini-ATX chassis featuring ventilation on three sides, and comes with two enormous dust filters for the front and top panels. It can accommodate custom water cooling loops, hides a 3.5-inch drive bay behind the motherboard tray, and has a full coverage plexiglass panel. The front I/O panel also can be rotated to suit your configuration whether the case is on a desk or underneath it. Because the case is fully ventilated, however, noise escapes it easily. You may want to invest in quiet fans further down the line if you want to improve the stock cooling situation.

Finally, Western Digital swoops in with a 240GB Blue SSD that includes a Marvell controller, SanDisk flash memory, and a five-year warranty. Some years back WD bought out SanDisk, and SanDisk at the time already owned Marvell, who designed and manufactured various controllers for a ton of customers. The Blue and Black lineups in WD’s SSD 2018 family are the company’s first vertically integrated products, and they join the exclusive ranks of SSD makers who own the entire stack, from the controllers to the flash and its complete production. They’re only challenged by Toshiba, Micron, and Samsung in this regard.

For the R7,500 build, we again have to go over budget to get more performance, but there isn’t a lot of compromise here. The build starts off with the same Ryzen 3 2200G base as the R5,000 build, but we have to make some concessions for the budget. One of those is the memory configuration. In a bid to save any amount of money, I’ve included a single stick of DDR4-2400 memory from TEAM, although this is an 8GB module instead. The Raven Ridge APUs don’t really care or need lots of memory bandwidth when the iGPU isn’t being used, so we’re good to go on this setup for most things.

Graphics duty needed to be handled by a discrete GPU, and although the GPU market has been calming down quite a bit there isn’t really any good option for our budget. I briefly considered using Intel’s Pentium G5400 instead to save money, but that’s a dual-core processor. Despite the inclusion of hyper-threading, games require true quad-core chips these days and we’re not going to be able to sneak by with only two physical cores. The discrete card is an XFX RX560D Core, a cut-down version of the standard RX 560 that is only around 10% slower than its bigger brother (being that it has 12% fewer GPU cores).

Although it’s weaker than the GeForce GTX 1050 2GB, it’s also faster than most other cards in the same price range including most GT 1030 cards, so it’ll do just fine. 1080p with high settings should be doable on most titles, although you may want to drop to medium settings for some demanding games. Thanks to those GPU miners for sucking up our memory supply and for the memory manufacturers for prioritising DDR4 production to make more money – you guys really know how to screw over a market.

Jumping up to R10,000 for the last build this month, we’ve switched sides to Intel. Intel’s Coffee Lake Core i3 lineup finally brought quad-cores to the masses for Team Blue fans, and the Core i3-8100 is one extremely capable chip. It lacks clock speed compared to what AMD’s Ryzen 3 parts could achieve at the same level, but Intel is still ahead in the performance stakes for gaming workloads. For our purposes, not only is the Core i3-8100 the best pick of the lot, but we’re also sacrificing nothing by sticking to a single 8GB of DDR4 RAM. TEAM’s single stick is enough for the build to work well.

In thinking about the platform choice, I had a difficult decision to make about the motherboard. Either you accept compromise and choose a cheaper design that helps you save money, or you pick up a more capable mainstream solution that costs more – however, you need to spend more time to consider what works for you. Cheap boards are all much of a muchness and don’t really have any stand-out qualities from brand to brand in terms of features, but mainstream products have a much larger and nuanced selection of options.

That’s why Gigabyte’s H370M D3H made it in here. At R1,559 it’s offering a lot of USB connectivity on the rear I/O, dual M.2 NVMe slots, a single PCIe 1x CNVi slot for a wireless card, and six SATA 6G ports. This feature set in a mainstream product is quite surprising, but it shows the true power of the PC platform thanks to componentisation. Competition helps develop these products which serve particular niches very well. If we need WiFi connectivity, there’s a slot on the board that doesn’t take up a USB port. If we need an Intel Optane drive as a cache for spinning rust, there’s an open M.2 slot for that. To highlight that, the SSD has changed from a 2.5-inch form factor to M.2 SATA on the motherboard. I didn’t really need to do that, it just looks cool.

Graphics duty is handled by a GeForce GTX 1050 Ti. These cards are slowly returning to a price that’s reasonable, although for only R400 more you can nab yourself a GTX 1060 3GB instead. The mere idea of another crypto wave is still keeping pricing artificially high across most retailers, although I think this is now more the fault of distributors getting in on the free money wave while they can. It’s still difficult, for example, to find a Radeon RX 570 for less than a GTX 1060 3GB card, even though on paper that should be happening. Sucks, but what can we do?

That’s all for this episode of the guide. Keep your eye out for the other builds coming next week! 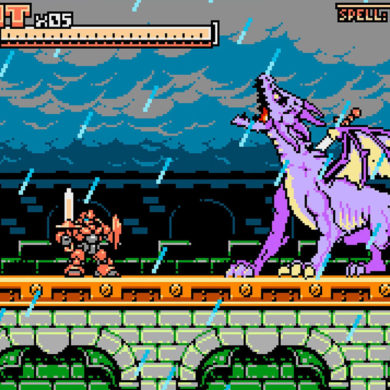