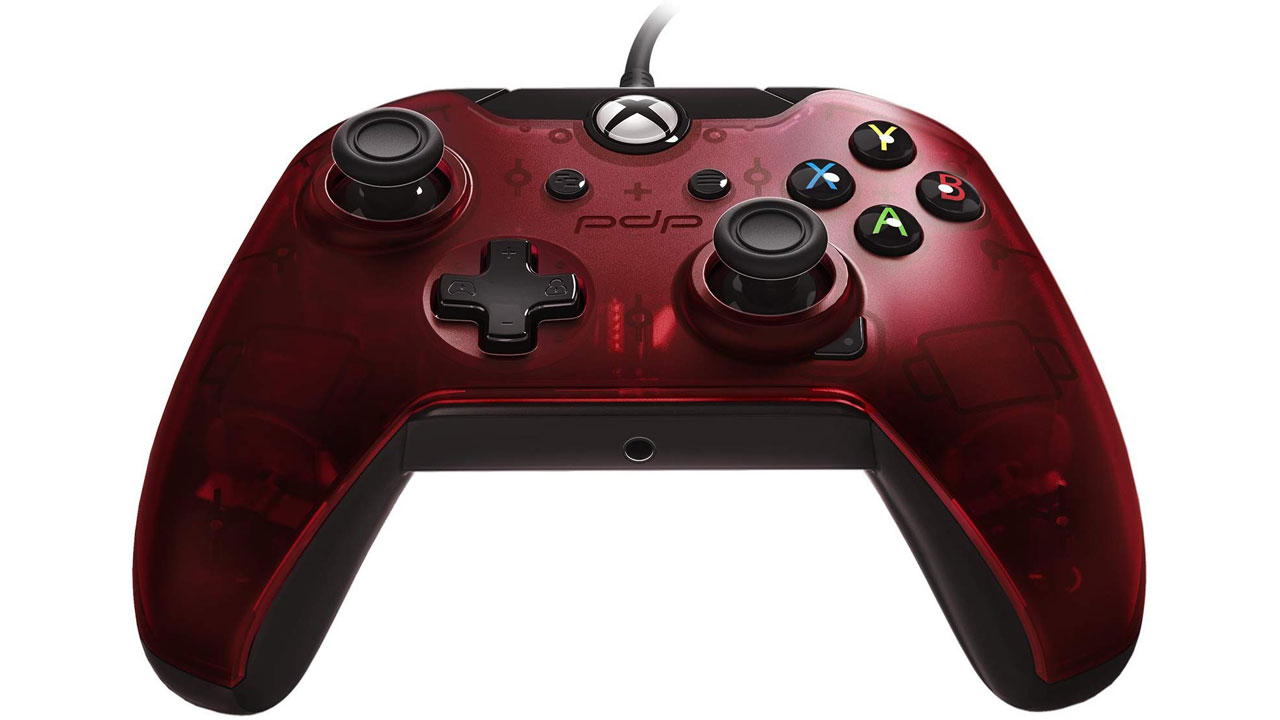 PDP wired controller for Xbox One and PC review

So, you’re looking for a new Xbox One controller. You’ve scoped out the prices of Microsoft’s official Xbox One controller, but that price tag of around a thousand rand can be a tough pill to swallow. After all, who’s to say the thing won’t explode into a million pieces when you inevitably lob it against a wall in a fit-of-rage-quit? [Sure, but people don’t ACTUALLY do this, do they? Surely no-one gets THAT upset about video games? – ed.] This happens to me more than I’d like to admit. [Oh. Um. Awkward. Never mind then. – ed.] I’ve grown my collection of non-functioning controllers to five in total – and I’m ashamed to say not a single one of them is due to manufacturing defects. [YOWZERS. Reej, a tip for you: at the rate you’re going, therapy would probably be cheaper than having to constantly replace Xbox controllers. 😛 – ed.]

Opting for a cheaper third-party controller is often the route most cash-strapped gamers take, but that doesn’t mean your buck should deliver any less bang. The PDP wired controller is a pretty good alternative to the original from Microsoft (and costs almost half the price), but how does it fair on the battlefield?

First up, as a wired controller it feels quite a bit lighter than its battery-wielding brethren. It has a 2.5m detachable micro-USB cable, which is good for most gaming setups. You’ll be happy to discover that you can use any micro-USB cable, just in case you misplace it, or if you’d prefer something shorter because you’re gaming on a desktop PC, for example. And on that note: yes, this controller supports Windows too. 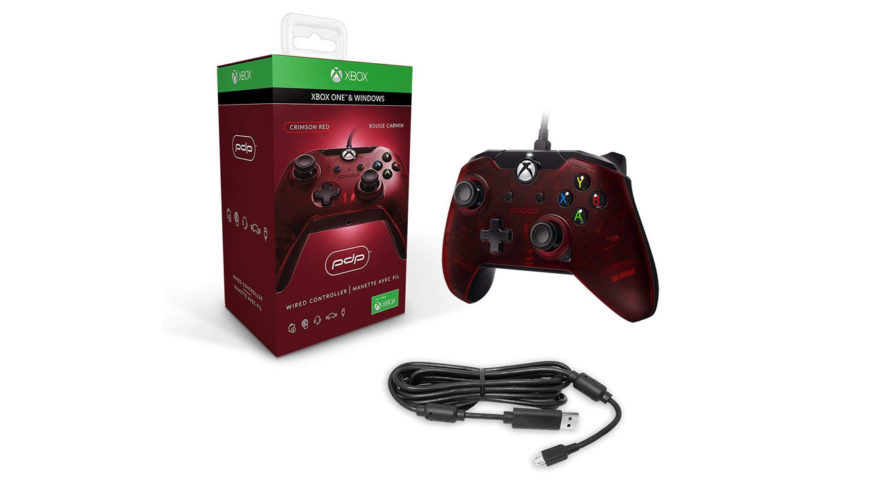 The crimson-red model I tested features a cool-looking see-through shell on top, and a black underside. I was hoping for at least one LED to make the aesthetic even cooler – but alas, that’s reserved for PDP’s Afterglow model. It feels comfortable in-hand, and its performance while gaming is as good as you’d expect. My only criticism is that the analogue sticks don’t have as much rolling resistance as they do on the official Xbox One controller, but in fairness this doesn’t impact the controller’s accuracy as much as I’d have thought. Feedback from the triggers feels great, while the grips on the thumb sticks feel good for a budget controller.

One feature that stands out on this controller is its built-in 3.5mm audio jack and associated custom controls, which allow you to adjust your mic and game audio easily. Simply press the small button situated just below the right thumb-stick and toggle the options on the D-pad. This has actually proven to be quite useful in-game.

You can further customise this controller thanks to the useful PDP Control Hub software that’s available on both Xbox One and PC. The software allows you to customise the button layout, set the vibration strength and configure audio settings. There’s even calibration controls (so you can adjust everything to your liking), and you’re free to map each button to your liking.

As a budget, wired Xbox One controller, I’m pleasantly surprised with what PDP has produced here. It offers good value for money, and even though I still prefer a wireless controller, not having to keep batteries charged is a small blessing. There’s a range of colours available, so it’s well worth checking out which one best suits your gaming setup.

8If you’re a gamer on a budget, the PDP wired controller offers good value for money and a cool see-through top shell. Best of all, it works with Windows too. Now leave me alone, I’ve gotta get back to the Battlefield V open beta.