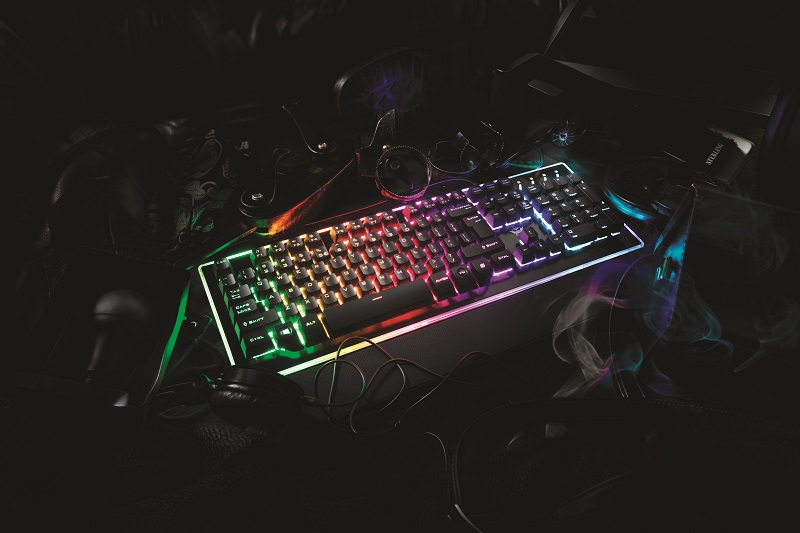 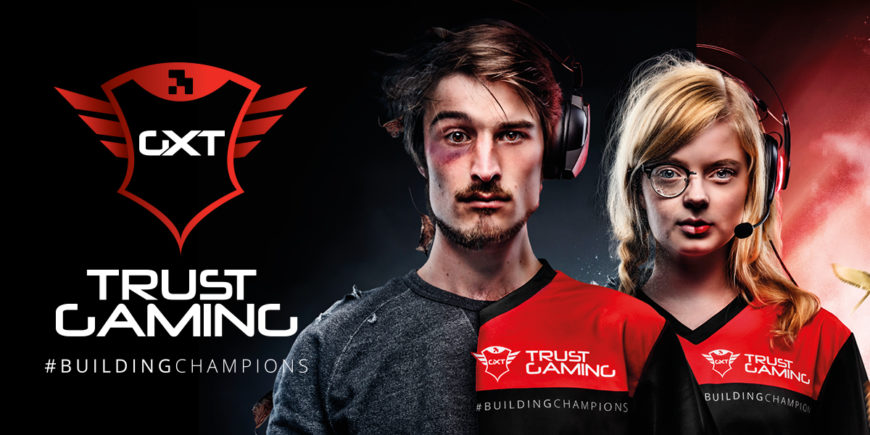 Mechanical keyboards and RGB everything are fast becoming staples of every gamer’s setup these days, and more competitors are entering the market. The reach of these companies is staggering, and we’re getting more and more choice each day. Adding to the smorgasbord of options we have in the market, Apex Interactive and Trust Gaming are looking to make their mark locally with the Trust Gaming brand. The partnership will debut at rAge 2018, and you’ll be able to get hands-on time with the full range of products from Trust Gaming. There will also be prizes to be won at Apex’s stand, so you should probably drop by often to see what you can win from Trust Gaming.

As a primer, Trust isn’t new to the peripherals game. They’ve been incorporated in The Netherlands since 1983, and have made their own peripherals, lifestyle accessories, consoles, and specialist peripherals like steering wheels and flight sticks. In fact, their Wikipedia page includes a picture of a mouse that everyone should be familiar with – the MI-1200. Anyone who’s used OEM mice from HP and Lenovo in the past decade has run into this same mouse before. 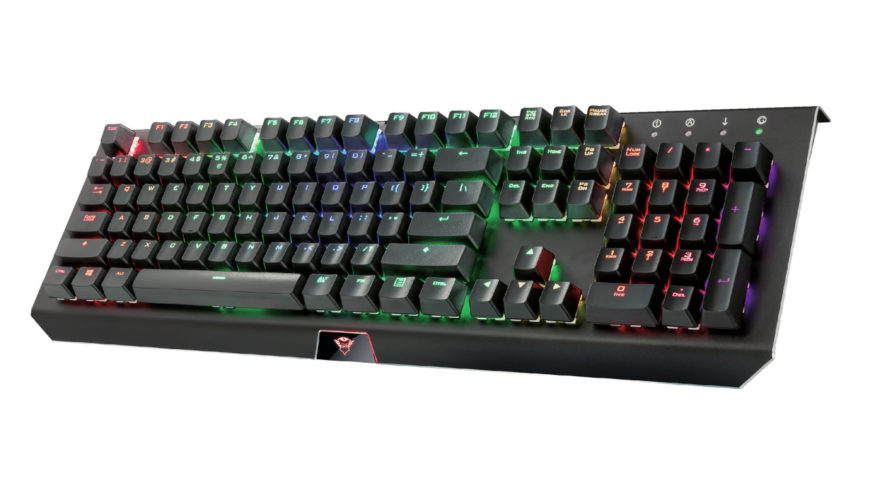 The star of the show will be the Trust Gaming GXT 890 Cada, a fully RGB mechanical keyboard with per-key backlighting, macros, and a no-frills design. The 890 Cada uses Otemu switches, which is an interesting choice. Trust has their pick of the litter from Cherry, Kailh, and similar providers, so this is good for Otemu fans who struggle to find a keyboard that uses their switches. Otemu switches are also sometimes branded as Gaote switches, because Gaote owns the Otemu brand. They’re rare in Western countries, but see a lot of use in Asia and India – and this marks the switch’s first official appearance in South Africa.

Otemu Reds have a linear response similar to a Cherry Red switch with similar weighting, but have a slightly louder tactile feedback because of their adjustments to the Cherry design. Trust promises a lifetime of 50 million clicks and has dedicated diodes on each switch to prevent ghosting. The 890 Cada is available on Incredible’s website for R1,699. 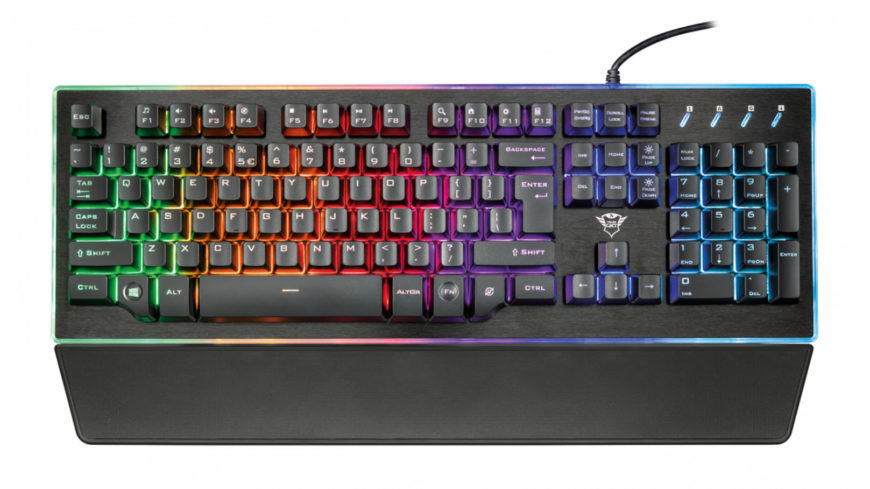 The other highlight for keyboard enthusiasts is the Trust Gaming GXT 860 Thura, available on Incredible’s store for R1,199. The Thura ships with a removable wrist rest, which is somewhat rare for this price point, even if it is plastic with a rubberised finish. This is a hybrid mechanical keyboard – it ships with a membrane switch, but the key is tensioned with a spring to simulate the feel of a mechanical switch. With an actuation force of 45 grams, it should feel similar to a Cherry Black switch, but without the distinctive clicking sound.

The Thura is driver-less, with all lighting profiles saved on the keyboard itself, and it features lighting zones instead of per-key RGB because it is a membrane design. That allows for a translucent strip around the keyboard to also pick up light, and it’s a nice, cheap way to get the same effect of keyboards costing up to three times as much. A brushed aluminium face plate seals the deal. Hybrid or mem-chanical designs aren’t everyone’s cup of tea, but not everyone likes mechanical switches either. This is a halfway point, and you should get some hands-on time with this one to figure out if you like it. 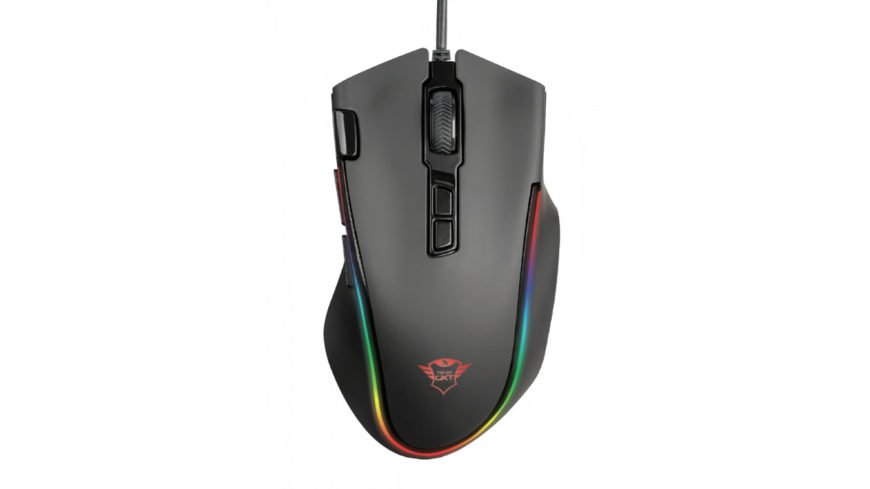 For the mouse users, you should check out the Trust Gaming GXT 188 Laban. The shape is quite familiar, and there’s clearly inspiration from other designs from Logitech, Gigabyte, and Razer. It features a Pixart PWM3360 optical sensor with sensitivity levels up to 15,000 DPI, switches by Omron, and two RGB lighting zones. All seven of the buttons are programmable, but the one on the left trigger is also a macro key, so complicated move sets are a quick flick of the finger away. There are also two thumb buttons, and DPI switches below the mouse wheel.

Like other mice found at this price point, the GXT 188 Laban will save profiles on to the mouse itself, so you can program it once with macros and lighting schemes, and store up to five profiles as well. Technically, it’s driverless, which is always appreciated. There are a lot of mice built on the PWM3360 platform today, so check out Apex Interactive’s stand at rAge Expo to get a hands-on for the shape and button response. The GXT 188 Laban is available for R1,199. 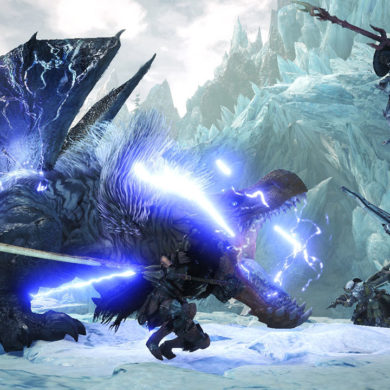 You may want to backup your save file if you’re playing Monster Hunter World: Iceborne on PC