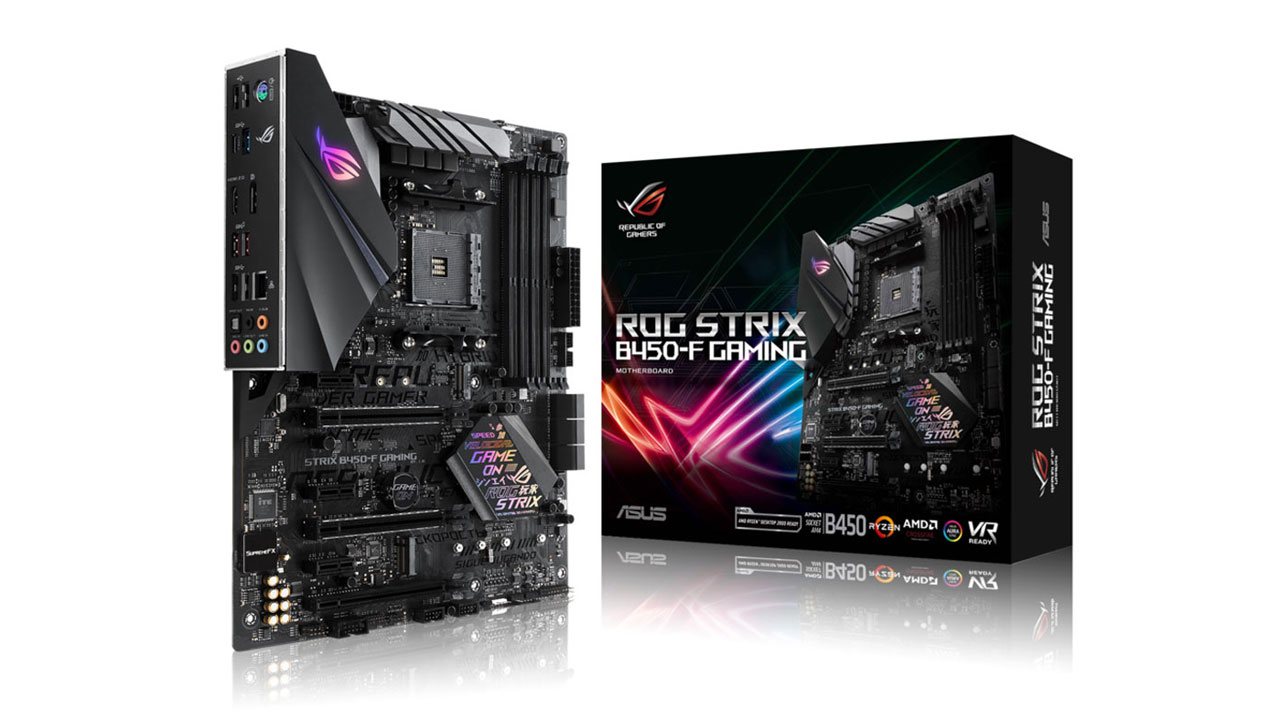 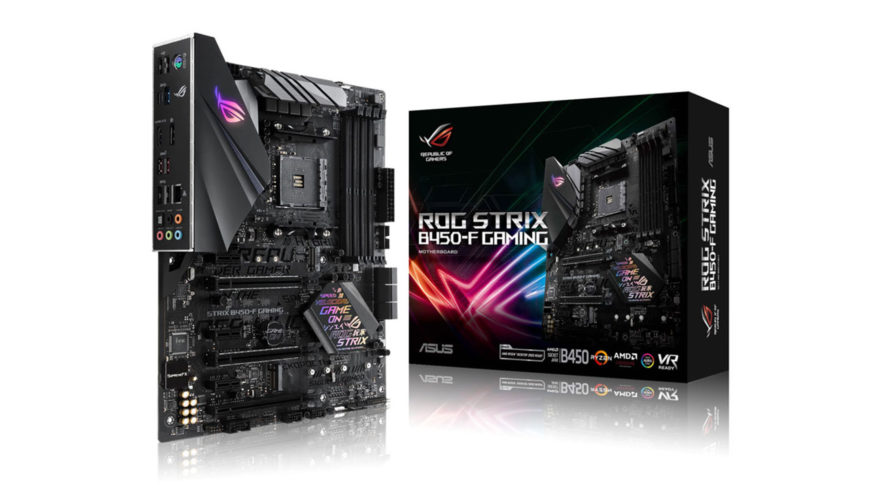 Earlier this year, ROG released the seventh iteration of their Crosshair series of boards. As you’d expect, they were (and still are) the best X470 motherboards money can buy – particularly the Crosshair VII Hero, which turned out to be an absolute scorcher of a motherboard. It is, without a doubt, the definitive X470 motherboard. 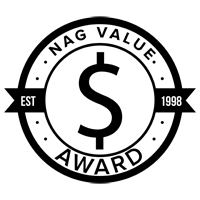 That’s great if you’ve got the money for such a board, but as we all know, not everyone is willing to (or has the means to) spend several thousand rand on a motherboard, so something a little more affordable is always appreciated. This is where the STRIX B450-F GAMING (STRIX B450 from here on in) comes in, because it’s about half the price of the Crosshair VII Hero. That means that for a little bit more than the price of the Crosshair VII Hero alone, you can buy the STRIX B450 and a matching CPU (a Ryzen 5 2600, for instance). Granted, in this case you wouldn’t have the best-performing Ryzen 7 SKU (2700X), but you’ll find that the 2600X, for example, still offers plenty of gaming performance – enough so that, for the most part, it’d be virtually indistinguishable from the costlier CPU options.

What makes this possible is the cheaper AMD B450 chipset, which the STRIX B450 is based on. Since this is a more mainstream chipset, the matching board is cut down in several ways compared to the higher-end offerings, and that’s manifested in some of the following ways.

Let’s start with the basic layout of this board. It’s a standard ATX platform with reinforced PCI Express slots (at least two of them), six SATA 6Gbps ports, SupremeFX audio, an M.2 slot… and yup, that’s pretty much it. Yes, you’ll find all the other regular board components and native USB 3.0/3.1 support, but when it comes to value-added features and capabilities, that listing pretty much maxes out this offering. In other words, this is a rather barren offering, helped only by the stylised LED lighting and printing, which (if those things cater to your tastes) save this board from being completely bland. 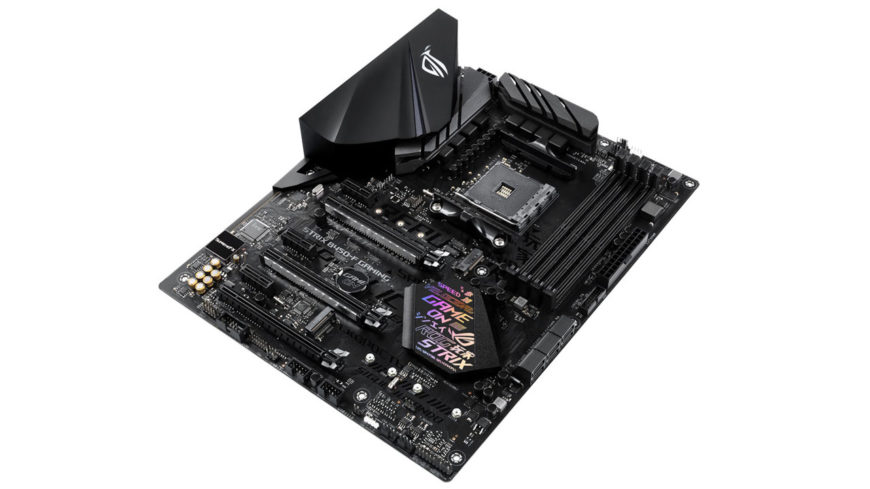 Given the price of this board, those concessions are understandable, and I don’t have any issue with them. But I can’t grasp the lack of a POST code LED. This is the most basic form of communication with the end user in case things don’t go according to plan during assembly. I find that one of the truest measures of a motherboard from a strong brand doesn’t lie in how the board performs when all is well, but in how well you’re taken care of when things go haywire (like when the board refuses to POST, when you get caught in an endless reboot cycle, etc.). This is an unnecessary omission, and one that carries great weight if you consider that there are no MemOK, safe boot, reset, CMOS clear, or power buttons either.

That aside, there’s little to complain about in terms of layout and physical board characteristics. However, if you’re considering pairing this board with a large graphics card, be warned that your GPU is likely to cover the CMOS battery – which means a faulty overclock or any other configuration error from which the board cannot recover will require that you first remove the graphics card before you can gain access to the battery to clear the UEFI/BIOS settings. This could’ve been avoided with a more thoughtful layout, or the inclusion of a clear CMOS button.

This point leads me to the UEFI, which is laid out and themed in typical ROG fashion. Insofar as tuning features are concerned, you’ll get more tweaking options from other ROG products, but not from any equivalent board from a competitor. Their boards are highly unlikely to give you more options than what ROG offers with the STRIX B450.

This is possibly where this board punches above its weight division, as I was easily able to attain DRAM frequencies as high as 3,600MT/s. To do this, I simply copied the settings from the profiles on the Crosshair VII Hero, with a few settings changed here and there to stabilise the system, and the system booted up as expected. There were some stability issues at this frequency, however, which is why the results only scale up to 3,466MHz. Still, this is well above the officially supported frequency of 3,200MT/s, and being capable of reaching such high frequencies speaks to the general proficiency (and perhaps even superior nature) of ROG boards.

Given the target audience, the ability to operate DRAM at such high frequencies is beyond impressive, because the Ryzen memory controller is anything but friendly to high frequencies.

Other than DRAM frequency, you’ll also find the STRIX B450 offers the same performance enhancer settings first introduced on the Crosshair VII series. To a large extent, this literally facilitates overclocking for you, allowing you to get the best single-core results, or the highest frequency possible in lightly threaded applications, while maintaining the highest possible multi-threaded performance as well. What this means in terms of clock speeds is that with the particular 2600X sample I used, the CPU frequency was generally pegged at 4.15GHz – and would sometimes see 4.25GHz on very light loads. It’s hard to determine if these limits are imposed by the CPU or the motherboard, but given the general level of overclocking of Ryzen CPUs, I’m leaning towards the former.

This also ties in to the particular voltage regulation circuitry on this motherboard, by way of ON Semiconductor 4C06B and 4C10B MOSFETs (as used on other lower-end ASUS boards). This is an 8-phase configuration as you’d expect, and of course it’s more than enough to power any Ryzen CPU, even under the most extreme conditions (including liquid nitrogen overclocking). That said, the chosen ASP1106GG controller (along with how it’s been implemented on this board) means that direct key in of voltages isn’t possible (at least with the original firmware). You’ll have to use voltage offsets, which on this motherboard sometimes results in alarming voltage overshoots. It’d be difficult to confirm these readings, however, as I didn’t do any direct reading from the board using a DMM. Still, the temperatures (of both the VRM and CPU package) seemed fine under all operating conditions, so this could easily be a reporting issue.

In its defence, it’s able to operate DRAM at higher-than-advertised (or even supported) frequencies. Not only that, but the default memory performance is fantastic, exhibiting high levels of bandwidth efficiency and low latencies (due to the memory tuning done by those responsible at ROG). As for its technical ability, there’s no fault to be found as the ROG motherboard DNA is still present, even though it’s to a lesser degree.

I’m convinced you’re unlikely to find a better B450 board among the relevant competitors. In fact, the only thing preventing this motherboard from scoring higher is the fact that the standard for AMD boards is so much higher than it used to be, courtesy of ROG’s own Crosshair VII.

For the price-conscious and for those looking to get more from their investment, the ROG STRIX B450-F is an obvious choice. You may not get everything you technically should on a product bearing the ROG logo, but what you do get is likely worth more than what you’ll get anywhere else.

Even with our weak currency, this motherboard has a strong value proposition, and is by and large above average, especially where performance is concerned. From my time spent with it, I have to say this motherboard, despite its imperfections, is definitely worth your consideration. You’re unlikely to find another board based on the B450 chipset that’ll be better than what ROG is offering here.

7The ROG B450-F GAMING is kind of like a heavily stripped-down version of the Crosshair VII Hero. They’ve maintained just enough of the essentials and enough aesthetic touches to make it worth considering for a low- to mid-range gaming system, especially at this price point. 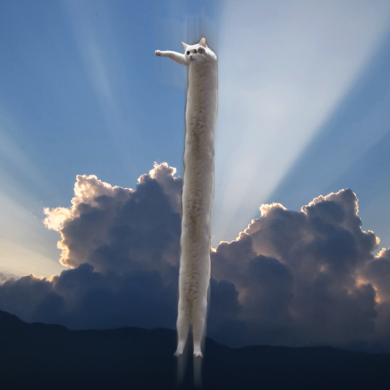