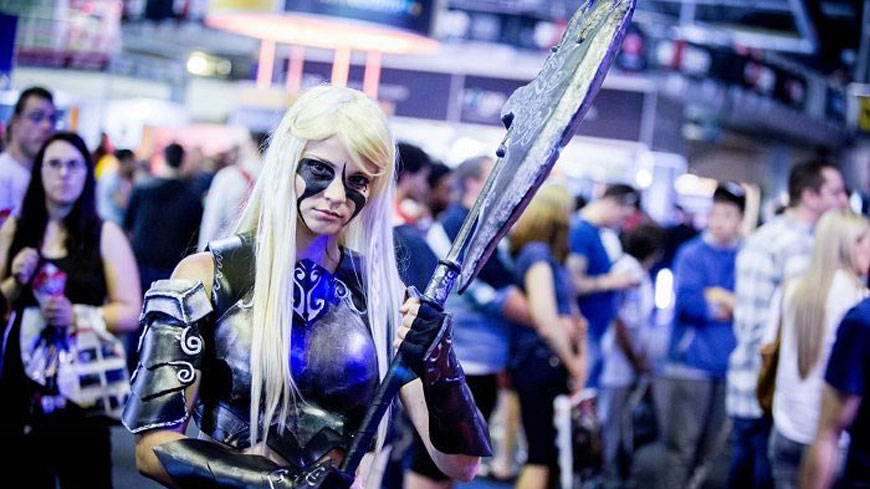 rAge 2018: A guide to what’s okay and what’s totally not okay to do when you’re around cosplayers 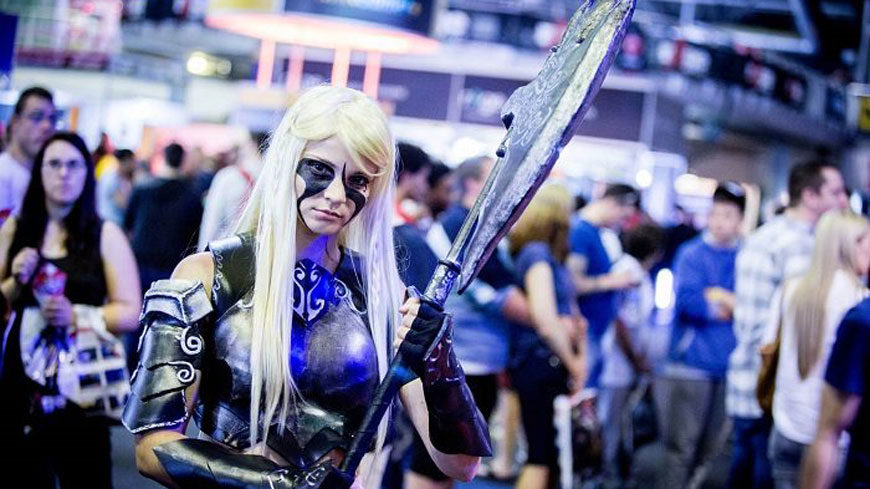 Editor’s note: Jade Loader is deeply passionate about cosplay. She’s also heavily involved in South Africa’s cosplay community. We asked her to put together a handy list of guidelines for interacting with rAge’s community of cosplayers in a decent and respectful manner, so that everyone at the show can be comfortable and have only The Best Time. Here’s what Jade has to say about the whole thing.

Many people are under the impression that cosplay first originated in Japan, but the first known cosplayers were in fact documented in 1908. Mr. and Mrs. William Fell attended a masquerade at a skating rink dressed as Mr. Skygack (from the sci-fi comic strip Mr Skygack, from Mars) and Miss Dillpickles (from the Diana Dillpickles comic strip).

At the time, this act was given the name “fan costuming” – and while it was a common sight at masquerades, it’d still be a while before the phenomenon really took hold.

Fan costuming (or cosplay) only really took off in 1939, with the now-famous story of Forrest Ackerman and Myrtle Douglas. They attended the 1st World Science Fiction Convention (Worldcon) in New York City dressed up in futuristic costumes based on the artwork of Frank Paul. The outfits were created and designed by Douglas, and when asked about the outfits, Ackerman responded that he thought everyone was supposed to wear costumes at a science-fiction convention. It was from then on that people started to dress up when going to sci-fi gatherings. 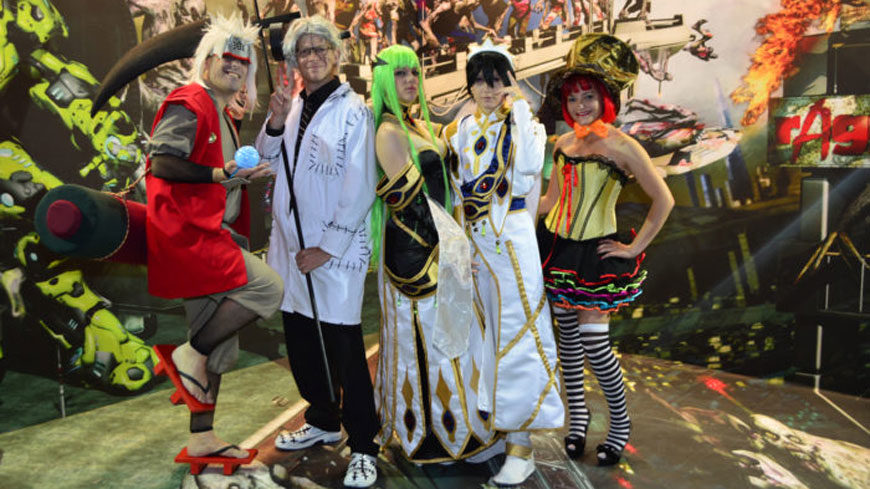 The term cosplay was coined in 1984 (45 years later) by Nobuyuki Takahashi, when he attended the 42nd Worldcon in Los Angeles. This is where Nobuyuki first encountered people dressing as fictional characters at a convention for fun. He took photos of those who’d dressed up, and published them in a Japanese publication called My Anime, coining the term kosupure (from which the term “cosplay” is derived) in the process. He encouraged Japanese fans to include more costuming at their own conventions. He initially also used the terms “costume play” (kosuchuumu purei) and the English “Hero Costume Operation” – but kosupure was the term that stuck.

Cosplay became a staple at conventions in Japan, and exploded in popularity across the world in the 1990s. With the growth of social media platforms (and the internet), cosplay has evolved from its humble beginnings as a small subculture supported by only the most hardcore fans, to the ever-present spectacle it is today.

Throughout its evolution, cosplay has managed to uphold its core tenet: it’s all about having fun. Many people dress up and go to events to meet and hang out with like-minded people, while others enjoy entering cosplay competitions to test their skills against other cosplayers and compete for prizes (and glory). 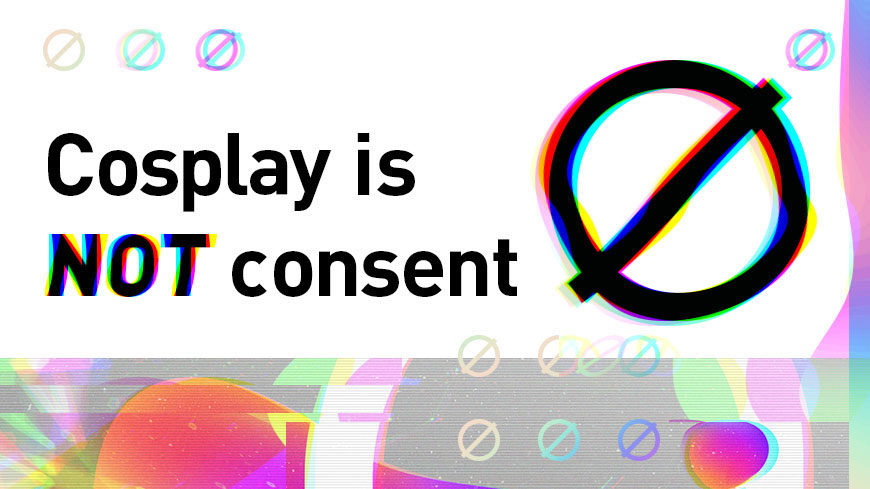 Now that you have a better understanding of cosplay (and where it comes from), you may be asking yourself: “What do I do if I see a cosplayer at rAge this year?” You’re guaranteed to see many cosplayers throughout the weekend, dressed up as your favourite characters from your favourite fandoms. You may even want to approach them to compliment their costumes, or to ask for a photo. To better prepare you for this, below is a list of a few dos and don’ts for respectfully approaching cosplayers:

All we ask is that you respect the cosplayers you see at the expo, whether they’re dressed as Harley Quinn, Superman or a Space Marine. They’ve all worked hard on their outfits, and they’re there to have fun. Please don’t ruin their weekend by making them uncomfortable.

This year, you’ll notice that some cosplayers will be wearing a badge requesting that you please not photograph them. If you see a cosplayer wearing this badge, please respect that request. 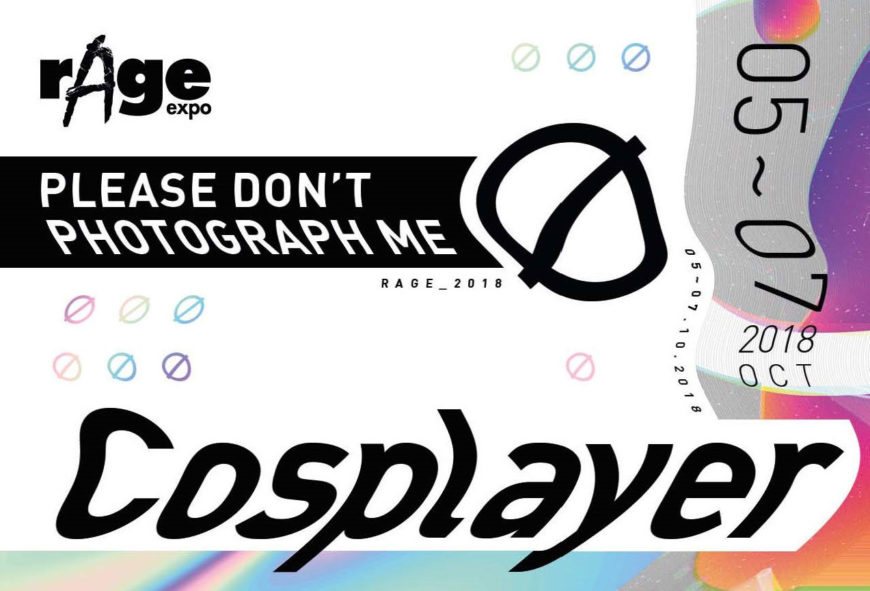 rAge has a strict “cosplay is not consent” policy. Harassment of any kind (including stalking, deliberate intimidation, unwelcome physical attention, physical assault and battery) will not be tolerated at rAge. If it’s illegal outside the venue, it’s illegal inside the venue.

Harassment is grounds for removal from the show without refund, and legal action may be taken. We want rAge to be a safe, open and accepting environment for all fans. If you are a victim of harassment at the show, please inform a rAge representative at the Organiser’s Office immediately.

Source for that brief history of cosplay: Wikipedia 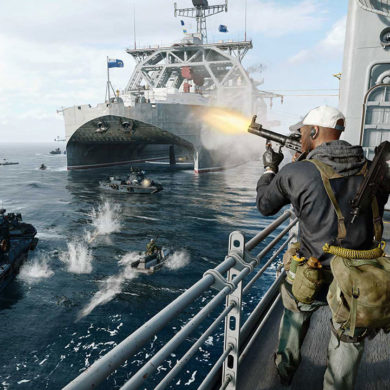