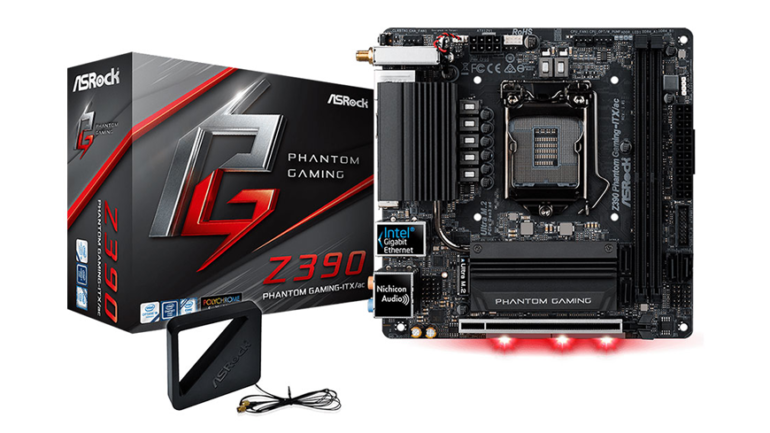 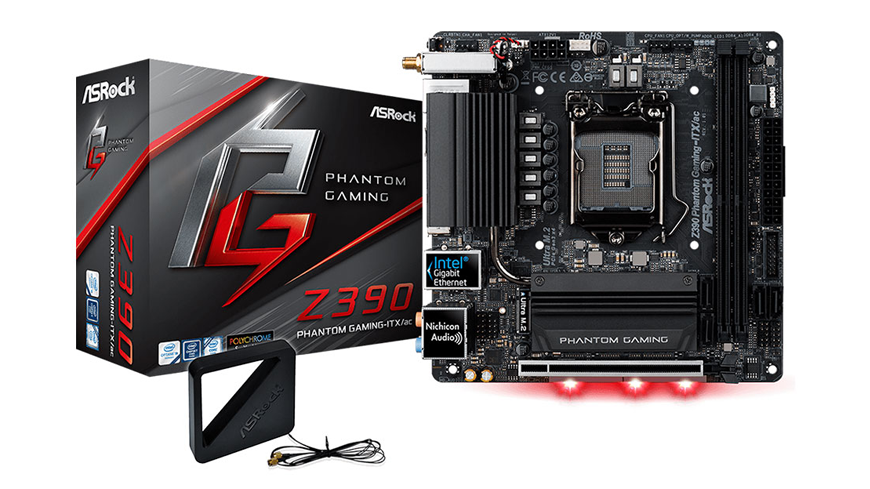 It’s not often that I’m interested in a mini-ITX build, let alone the necessary motherboards for one. I’m fully aware of all the advantages of having such a small foot print and the opportunities which this form factor presents, however, in particular for the modding scene, where I’ve seen more of these motherboards than any other in recent years.

Mini-ITX boards, because of the obvious space constraints usually have to make do without many features you take for granted on larger form factors. These limitations can include reduced connectivity, cooling, and storage options, and sometimes performance compromises as well. It would be nice to have a top notch VRM for every motherboard there is, let alone on a mini-ITX board, but there doesn’t seem to be any way to achieve that at a reasonable price.

In light of this, I had low expectations for the ASRock Z390 Phantom Gaming ITX/AC – but I was wrong and so was my premature evaluation of the board. In fact, I just may have found my favourite mini-ITX board of all time.

Before you wonder if I’m aware of competing mini-ITX boards, yes I am, and I’m also not oblivious to the well-renowned IMPACT family of mini-ITX boards. These however, have always been expensive, often reselling for a much higher price than a similarly spec’d full ATX board. The ASRock Phantom Gaming board may not be cheap, but it does seem to be the one which strikes the right balance between features, performance, and price.

As it’s a motherboard based on Intel’s latest Z390 chipset for 8th and 9th generation Intel Core CPUs, it comes packed with several features built into the PCH/chipset,  including native USB 3.1 support, Intel CNVi (integrates Intel Wireless-AC key elements of Wi-Fi and Bluetooth technology into Intel processors), and Optane memory support. The important bit here is that CNVi makes it cheaper and more convenient for board vendors to offer WiFi and Bluetooth connectivity to their boards. This translates into better value for the end user, as there are no third party chips required for this functionality. Bluetooth 5.0 and Dual Band 802.11ac support out the box is nothing to turn your nose at either, especially when there’s already a lot this motherboard is offering.

Also packed into this small space is the familiar Realtek ALC1220 codec audio solution (with Nichicon audio capacitors), layered on the Creative Sound Blaster Cinema 5 audio enhancing suite. Subjectively this software makes a positive difference over and above what the default audio driver provides. It’s not something that one can measure, but in terms of the tone and clarity this software brings, I’m glad ASRock decided to add it to their audio solution. An important addition, as there’s no way to add audio capabilities to this board barring using the rear USB ports for an external audio solution.

Talking about USB ports, this will continue to become more common and will no longer be worth mentioning, but as it stands it’s good to have four of the total six USB ports on the rear-IO offering USB 3.1 gen 2 bandwidth and power. These four ports are complemented by a single Thunderbolt/USB 3.1 gen 2 Type-C port and two additional USB 3.1 gen 1 ports. 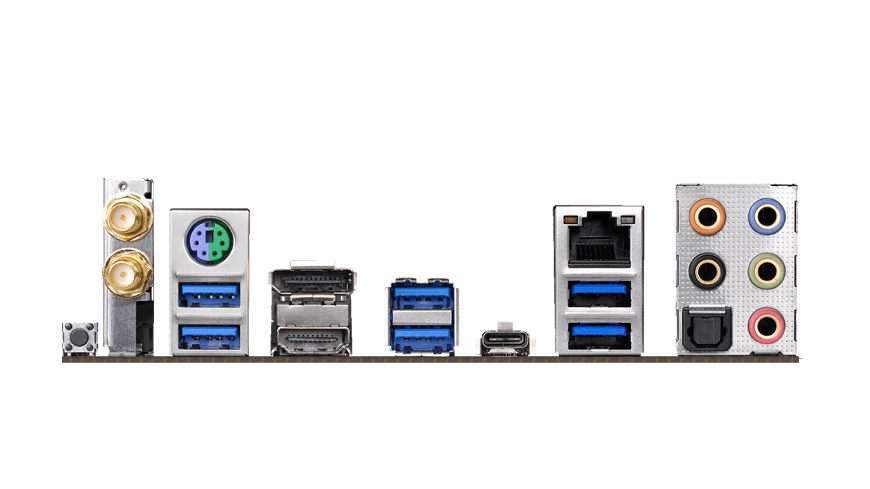 To this, the Phantom Gaming supports the installation of up to two M.2 drives – the primary M.2 port is housed beneath the PCH heatsink, while the secondary is on the underside of the board. The position of the primary port is likely the only downside to this motherboard. The VRM seems to be a five phase solution, able to provide a fairly large amount of power to the CPU, even if you’re using it for competitive overclocking (you may have to actively cool the VRM if you decide to do this, depending on the CPU) with liquid nitrogen or other less power intensive activities. All is good and well until you realise that the MOSFET heatsink is joined via a heat pipe to the PCH heatsink. Not an issue apart from the fact that a lot of heat is being pushed to the PCH cooler and subsequently your M.2 drive. That literally means instead of the PCH cooler acting as a heatsink, it instead works to heat up your drive.

The best solution for this is to simply install your M.2 drive on the underside of the motherboard, or make sure you have plenty of moving air around the MOSFET heatsink. Those who may be using AIO coolers need to take note of this point in particular. Space is tight on this motherboard just like on any other Mini-ITX offering, therefore cooling all relevant parts will be key in maintaining stability and performance.

Outside of this, I literally have no complaints. As expected there’s no power, reset, or POST LED, but all is understandable given the dimensions of the board, and it isn’t something I’d expect to find on any other mini-ITX offering these days anyway. What is surprisingly present, though, is the clear CMOS button, which can come in handy when you’re tuning the system.

A key feature of this motherboard, which basically extends to all recent ASRock motherboards, is the wonderful UEFI interface. Not only does it have all the tuning options you require, but it’s presented in the most visually appealing manner, easily the best in the business from my perspective. It’s in full HD with simple well labelled options and a clear layout. All you are likely to tune is succinctly explained and finding your way to any option is intuitive. It’s an absolute pleasure to work with and certainly the best interface there is right now par none. You can see some of the screenshots of the UEFI below.

As with all two DIMM motherboards, what you may lose out on in terms of total memory density/capacity (this motherboard only supports up to 32GB of system memory), you gain in performance. Two DIMM motherboards for the most part offer better and wider memory support. This is due to the trace layout employed and of course the proximity of the DIMMs to the CPU or IMC. Compatibility aside, this means support for some of the highest DRAM frequencies around. In fact this motherboard officially supports DRAM frequencies up to 4,500MT/s (2,250MHz). It isn’t a false claim either as the testing DRAM used for this review operated happily at 4,500MT/s with no issues. While this may speak to the DRAM quality as well, it proves that this motherboard can keep up with the best and most extreme performance-tuned boards money can buy.

As if that weren’t enough of a reason to get excited about this motherboard, it also happens to be a very fast board. Obviously this has a lot to do with the default settings for DRAM, but it’s undeniable that it puts out numbers faster than any other Z390 motherboard I’ve tested to up until now. The performance at overclocked settings shows the differences between motherboards, with the ASRrock Phantom Gaming ITX board landing up a good distance away from some competing boards. For gaming you’re not going to notice the difference at all, but for time sensitive loads such as media transcoding/encoding and such, it’s a different story.  The high DRAM frequency and factory tuning give that much extra performance, which adds up over time. For instance, comparing this motherboard and another Z390 ATX motherboard at the same CPU frequency put this board ahead by 0.331fps (4K x.265 workload). Over the course of an hour that’s an extra 1190 frames processed. Rarely do motherboards make a performance difference in the material use of one’s computer, but this one does.

100Mini-ITX boards don’t get much better than this one. With Dual M.2 support, USB3.1, Thunderbolt, Bluetooth 5.0, WiFi 802.11ac, 4500MHz+ DRAM OC, Creative Sound Blaster audio software, and the best UEFI around, this is a solid board with only that one M.2 issue to detract from what’s otherwise a perfect offering. Despite this, it’s a shortcoming that’s worth overlooking in light of everything else on offer. It’s simply one of the finest Z390 boards you can buy regardless of the form factor, and comes highly recommended. 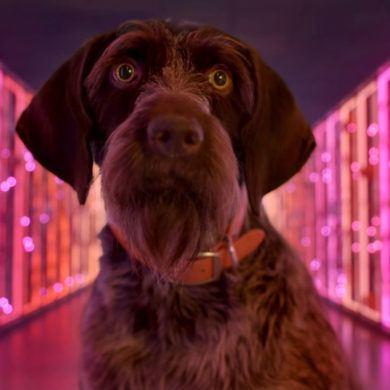 The Google Stadia launch trailer is certainly a… thing