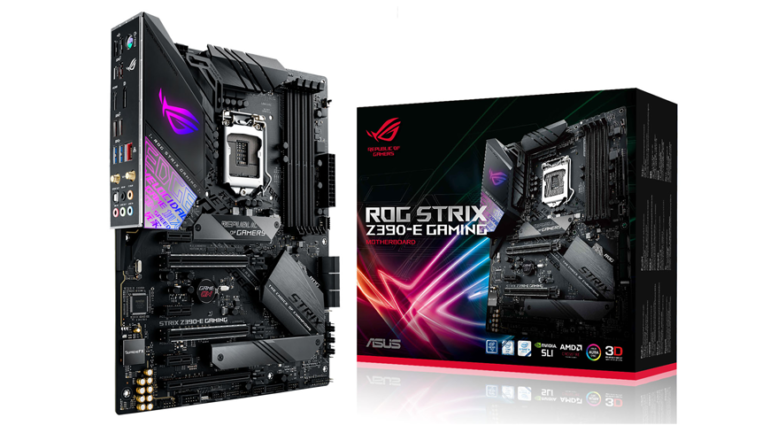 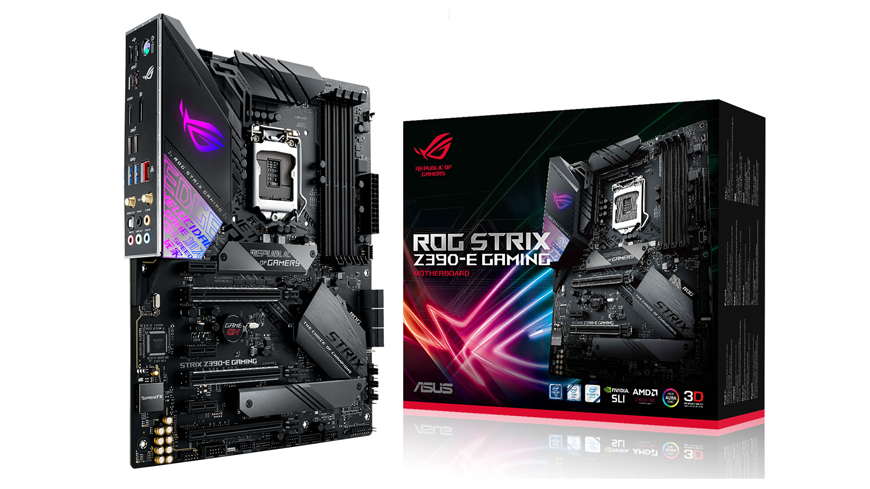 If you had to ask most enthusiasts and overclockers which motherboard brand they’d choose if they could only pick one, they’d probably say ROG. Which isn’t surprising, given the overwhelming number of overclocking and performance records that ROG motherboards hold. The board vendor with the second highest number of performance records in that list is so far behind that, if their tally of records were doubled and added to the existing number, they’d still be a distant second place. That’s just how dominant ROG motherboards have been for almost a decade.

But this also means many of those high-end ROG boards are expensive, maybe even too expensive for most budgets. For those of you on a more economical budget, however, there are some very decent options – like this one.

The ASUS ROG STRIX Z390-E Gaming motherboard is part of the ROG family, and that’s evident not only on the packaging but also the UEFI/BIOS when you eventually boot up. I say “eventually”, because much like most other budget boards, it has no POST code LED and as such, first-time setup can prove a bit challenging, especially if you’re going to be using high frequency DRAM (I’m talking 4000MT/s +). Personally I see no reason to not have a POST code LED ever (at least on ATX boards) and it’s a problem I have with budget motherboards from all vendors.

Once you’ve booted up, though, and made your way into the UEFI, you’ll find the familiar and rather pleasing ROG interface. Here you can adjust the usual settings and even more, if you go into the advanced tweaking menu. Unlike with the high-end ROG boards, however, you won’t find the ever useful memory profiles or any other high performance profile, tuned by those in the know for instant system performance optimisation. That said, all the tuning options are there for you to tweak the system yourself.

That’s the just the UEFI, though, and for the intended user, it’s not the most important part. Prior to the Z390 chipset, buying a motherboard with Wi-Fi and Bluetooth capabilities usually meant paying a premium of sorts over an identical board without the same features. With Intel introducing these features right into the chipset, at least at a logic level, just about any board based on the chipset can and will likely have this functionality. As with other competing boards you’ve got gigabit ethernet, but should you wish to liberate yourself from at least one more cable, you’ll appreciate the wireless connectivity offered by this board as well.

With its gaming credentials, you’ll find that the ROG-STRIX-Z390 features a familiar SupremeFX audio solution comprised of the Realtek S1220A codec, dual operational amplifiers, Nichicon audio capacitors, plus the Sonic Studio, Radar, and Link software. The resulting audio experience is as you’d expect – good enough for just about anything you’d want to do barring music production. I’m still partial to the Sound Blaster Cinema software, but what ASUS is offering here is more than adequate.

As per usual with these types of boards you have three RGB headers for your LED light strips. Only one of these is addressable, though, via the Aura suite. All the lighting effects one can apply to the on-board LEDs can be extended to your LED light strip as well. This is also where this motherboard attempts to set itself apart from competing brands. The heatsinks, or at least the lighting on the heatsinks, is stylish – a black PCB with a glowing ROG eye and “graffiti” looks very snazzy. This is certainly speaking to a specific gaming crowd, and one which I’m confident will enjoy all these little touches. 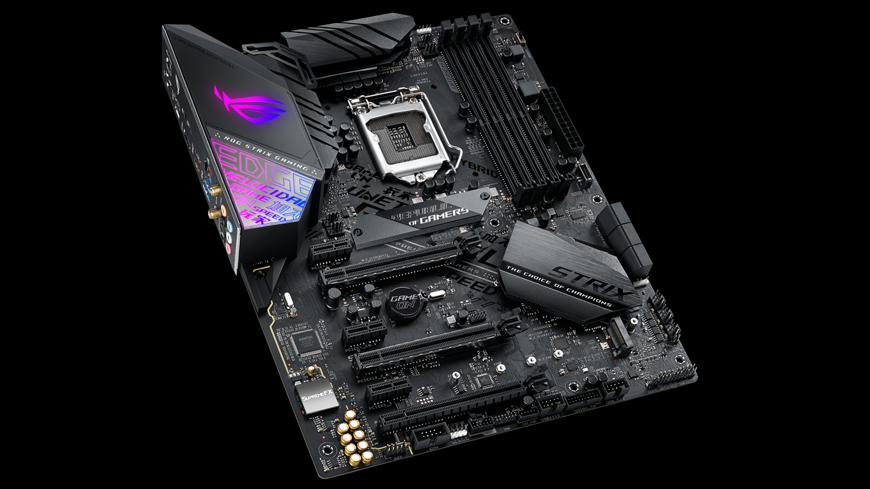 Having a board that’s all glitter and no go won’t do, though, and this is another area where the board does a fine job. The claimed DDR4 frequency support is 4,267MT/s, but I wasn’t able to reach that clock with the memory sticks I was using – this isn’t surprising, as such DRAM frequencies are usually confined to memory that’s on the QVL list, which doesn’t include this. What the motherboard did manage was to operate the DRAM at 4000MT/s which offers plenty of go, especially with reasonable timings (i.e. CL 18).

Since this motherboard shares an interface and many tuning options (particularly where memory is concerned) with the Maximus and Rampage boards, you can easily make use of the profiles from another motherboard and load them on this model. You won’t be able to download these from the ASUS website, but you can simply ask a friend who has a Maximus board to save you their BIOS settings file (.txt format) and you can key in the values manually yourself. This actually works well, because I tried it and Fred Yama’s DDR 3866 C12 profile as on the last three generations of Maximus boards worked just fine. For more gaming friendly settings, I loaded Raja’s 1.4v 4133MHz profile (I had to set 4000MHz instead of course) and that too worked flawlessly.

Some Z390 motherboards – when paired with the Core i9 9900K especially – seem to offer less than optimal performance. This isn’t at the default settings, but when you attempt to operate the system at the standard 5GHz across all cores (a feature which most, if not all, board vendors use as the default boost setting) you may experience some throttling. That’s to say, virtually all 9900K CPUs can operate at 5GHz at 1.3v or so. The issue seems to be that some boards apply the clock, but are not able to maintain it under load and the CPU frequency can fluctuate with lows down to 4,200MHz. To complicate matters, you won’t know this until you actually measure it using any tool or benchmark that logs CPU clock frequencies. The ROG-STRIX-Z390-E Gaming motherboard doesn’t suffer from this at all. Even with a heavy AVX load under prime95, the board maintained this 5GHz clock without issue. Not only is it a credit to the power circuitry on the board, it speaks well for the cooling of the MOSFETS and the BIOS configuration.

One of the new features on the Z390 ROG boards is AI overclocking. This basically monitors your CPU, load, and cooling capability. Over time, as it gathers data, it can tune your system for you based on these and other factors, or it can recommend settings for you to input. This information is gathered by the motherboard and not something which is being read from within the CPU. So the silicon quality value for instance isn’t the same as reading the ASIC value on your GPU using GPU-Z. The more data points the motherboard can accumulate, the more accurate the overclocking prediction etc. It works a lot better than any other automated overclocking system by far, as it considers your particular setup and thus you can avoid excessively high temperatures and voltages which is almost always the case with the auto overclocking schemes, apart from this one. I was able to improve on the recommendations given for this chosen CPU, but the prediction even after a few hours of use was close to the actual CPU limits with only a small overshoot on the required voltage for 5GHz all core operation.

In closing then, this is very much a STRIX board – more STRIX than mainline ROG, but it retains enough of the ROG DNA to make it a cut above its immediate contemporaries, and there’s not much to complain about. It makes sense to consider this if you don’t already have a Z370 ROG motherboard and are looking to upgrade. If the price seems a bit too steep, one can always choose the STRIX Z390-H or F Gaming, which are near identical to this model just without the Wi-Fi and the Bluetooth. Either way, these are solid boards with the STRIX-E as the most feature rich out of the lot, and likely one of the better boards for the entire Z390 generation.

80A solid offering from ASUS for those who just can’t make the financial stretch to the Maximus motherboard series. You get a lot of the ROG DNA here but at a reduced price, and for the purposes of a gaming PC, the STRIX-Z390-E Gaming has everything you need. 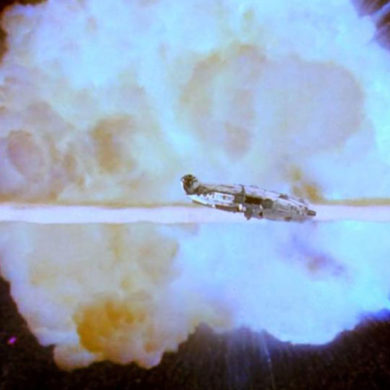 Game of Thrones showrunners are too busy for Star Wars