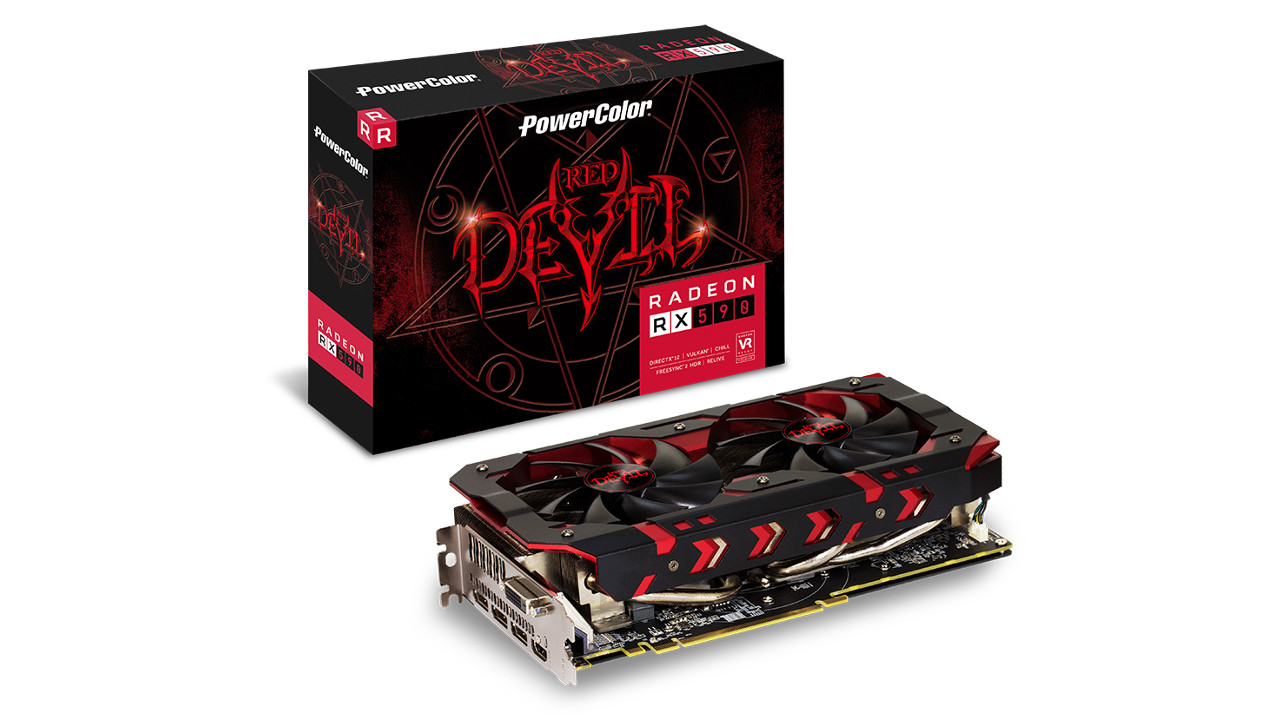 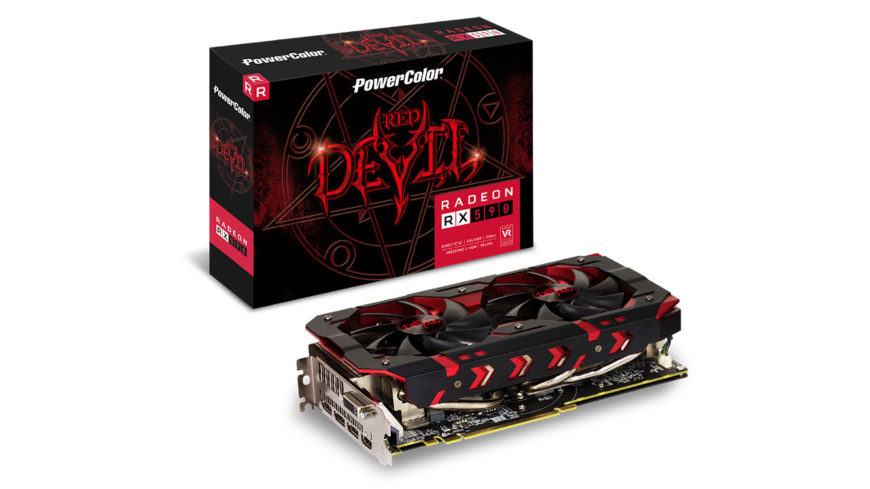 PowerColor, a TUL subsidiary, is one of AMD’s strongest GPU partners in the Asian and European markets, and their eye-catching designs and really provocative names have given them quite the reputation in the PC hardware market. It would be a sin not to acknowledge how much their designs pique my interest. What the company is not known for, however, is GPU leaks, because someone hit the publish button two days early on the brand new Radeon RX 590 Red Devil. Look at that heatsink, it’s enormous!

PowerColor’s press release for the RX 590 Red Devil isn’t that long, or that detailed, but it lays things out quite simply. The Radeon RX 590 is a refresh of the RX 580 on the 12nm production process from Global Foundries. It is identical to the RX 580 in terms of the hardware specifications, including the same amount of cores, texture units, and ROPs, and it comes with the same 8GB of GDDR5 memory clocked at 2.0GHz for an 8.0GHz effective speed. It even shares the same power profile, requiring one 8-pin and one 6-pin PCI PEG power connector for a total possible board power draw of 300 watts. It’s probably not consuming that much power, so it’s much more likely that PowerColor is able to recycle existing board designs for the RX 590.

However, that cooler is lifted from the RX 580 Red Devil Golden Sample instead of the regular Red Devil card. It features a much larger heatsink than the standard design, which means that the much more efficient 12nm GPU will benefit from having such a large heatsink to help keep it cool. 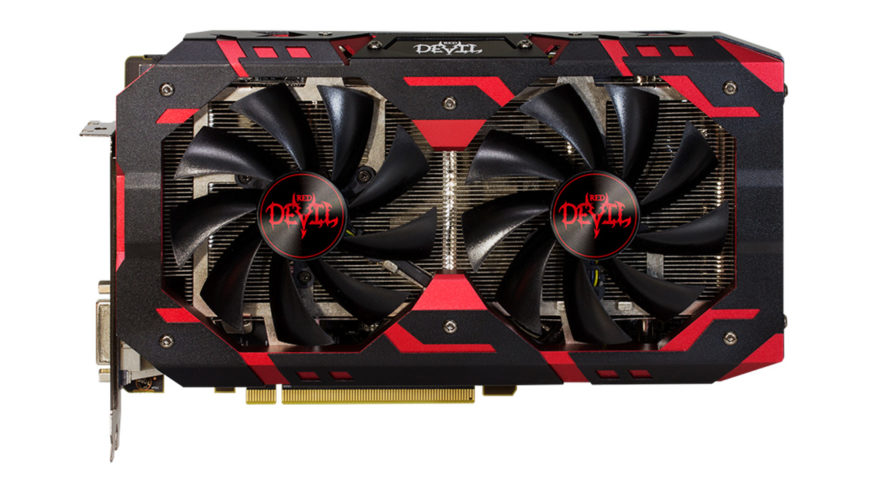 Like the RX 580 Red Devil, the RX 590 Red Devil will feature four DisplayPort 1.4 outputs, one HDMI 2.0 output, and one DVI-D output, which is now very weird to find in a card like this in 2018. Clock speeds are up compared to the previous card, with boost clocks jumping to 1576MHz over the previous 1380MHz, which is a 14% increase in the average boost clock speed. The rated system power according to PowerColor jumps from 550W to 650W for the entire system, which means that PowerColor expects power consumption of the RX 590 to be higher than its predecessor. The RX 580 Red Devil Golden Sample, on the other hand, recommended a 600W power supply for the entire system. If it’s only a 50W jump, that’s not much.

Why would you pick one of these up? Well, if you’re an AMD fan and want something in the middle of the RX 580 and RX Vega 56 in terms of performance for 1440p gaming, this is the card for you. We’ll have to wait for reviews to see how much headroom there is for overclocking, but maybe there’s another 200MHz lying on the table there in order to not cannibalise RX Vega 56 sales. In terms of AMD’s previous product stack, this is logically the replacement to the Radeon R9 Fury X. 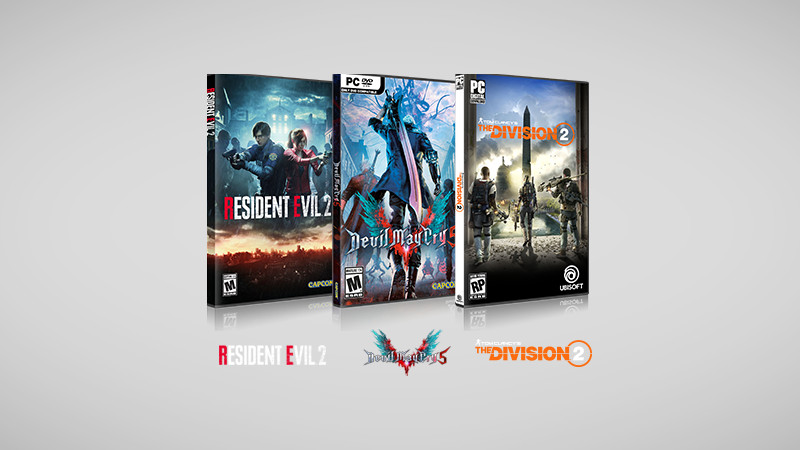 There’s also a sweet game bundle deal that you can take advantage of that makes the purchase a whole lot better. With an MSRP of US $279 (approx. R4,000, but realistically closer to R5,000 locally), a brand new RX 590 will ship with unlock codes for Resident Evil 2, Devil May Cry 5, and Tom Clancy’s The Division 2. The value of the games alone is more than half of what the card costs. If you were going to pick one of these games up anyway, and you needed to upgrade your GPU anyway, this is a good deal.

AMD’s Radeon RX 590 will officially launch on 15 November 2018 and review embargoes will likely go up on the same date. If the additional clock speeds of the RX 590 are anything to go by, we could see a card that’s just under the performance of a stock-cooled Vega 56 giving NVIDIA’s GeForce GTX 1060 a run for its money. 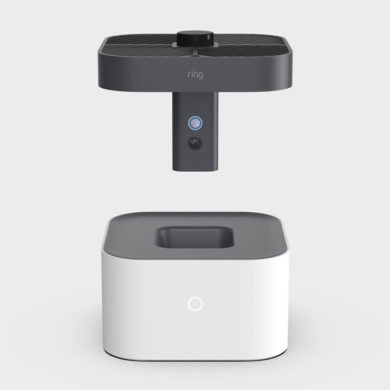 Welcome to the future – we have autonomous, flying, home security drones now