Fallout 76, hasn’t been doing as well as expected. Retail sales are down by more than 80%, and reviews haven’t been very positive. Players complain about server problems and performance bugs – issues that were identified already during the B.E.T.A. phase – but Bethesda announced that players should expect the game to be buggy on release anyway.

Since Fallout 76’s launch, the publisher has been very quiet and fans took this as a sign that they didn’t want to talk about the problems it has that, to many, don’t make it a fun game. But in an announcement on their Fallout fansite, the company has now acknowledged their silence, and laid out a roadmap for two updates coming to the game in December, and beyond.

“As we continue to read your feedback and watch your streams, we understand there are also a number of frustrating issues,” the company wrote in their post. “We want you to know that we’re committed to rolling out fixes and features on a regular basis, and implementing changes based on your feedback. We also continue to work on an incredible list of updates for the game, including new quests and events, new Vaults opening, a faction-based PvP system, and much more.”

The updates detailed on their post are scheduled for early December, and will be rolled out to all platforms. Bethesda warns that issues like server reliability and availability may delay the patch from being rolled out on time, and it’s possible that bugs identified on the console platforms may delay patches for those systems.

Bethesda also acknowledged the complaints and concerns about the sizes of their patches. Fallout 76 on PC was hit by a nasty bug which forced players to re-download the game through the client, and the updates on consoles were multiple gigabytes in size. Delta updates were clearly not on Bethesda’s radar at launch. The company said they’ll fix it:

We know the size of our previous patch on November 19 was very large, and downloading it was a frustrating experience for many of you—especially those who primarily play Fallout 76 on consoles. We hear you, and we’re working to reduce our patch sizes going forward so that you can get back into game as soon as possible on patch days.

The updates are scheduled for all platforms on 4 and 11 December respectively.

Next week’s update will bring an increase to the Stash limit, as well as a variety of performance and stability improvements, balance changes, and multiple bug fixes to the game. We’ll have full patch notes available later this week ahead of Tuesday’s update. Some notable issues being addressed in this update include:

The next update after December 4 is currently planned for the following week. Like previous patches, it will include a variety of bug fixes, but we’re also planning to bring some more notable changes and features to the game. You can catch a preview of these improvements below, and a full list of changes will be included in the December 11 patch notes.

It is a good feeling when a game developer or publisher acknowledges that things aren’t going well, and makes amends to fixing them. Fallout 76 might not be perfect, but at least Bethesda’s not abandoning it. In a statement posted on Reddit, the company made more apologies to their fanbase.

We know you’re frustrated and angry at the state of things right now, whether it’s the issues you’re running into in the game, or the lack of communication about fixes, updates, or news. To be clear, this account is run by us, Bethesda Game Studios community team. Yesterday we posted to let you know that we’re still here gathering your feedback and, more importantly, working to get info from the team we can share. We didn’t want you to think the silence meant nothing was happening. We’re sorry and understand this was not the right approach, and we’ll work to make a better bridge between you and the dev team at BGS.

We’re posting an article today that has further information about the upcoming updates that were mentioned a few weeks ago. In addition, we’re aiming to get you the patch notes for these updates quicker and will have them available for December 4th’s update later this week. Probably Thursday or Friday. We’d like to make these articles weekly to make sure you know what the studio is working on as it relates to issues you may be experiencing, quality of life requests you have, or new features they’re excited to share. 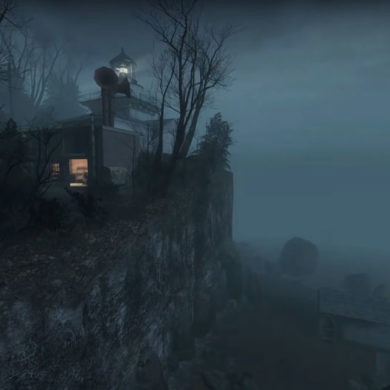