Epic Games is launching its own online shop

Joining the now not so exclusive club of publishers and developers managing their own distribution platforms, the Fortnite studio has announced its us-too plans to open an online store, with – and this is probably the most important thing – a substantial 88 percent revenue percentage for vendors, and no royalty fee for games built with its proprietary Unreal Engine.

To put that in perspective, vendors on other services like Steam, the Microsoft Store, and even Discord, bank about 70 percent of sales profits on games, including additional income from microtransactions and DLC. And for games using Unreal Engine – a list that features PUBG, Ark: Survival Evolved, Soul Calibur VI, and lots more –  that also incurs an extra 5 percent royalty fee to Epic Games, making these services a significantly less glamorous prospect in comparison for those developers and publishers.

Epic’s store won’t use built-in DRM (although it’s up to the vendor’s discretion to add their own), according to The Verge, and supports a 14-day unrestricted refund policy.

“As a developer ourselves, we’ve always wanted access to a store with fair revenue-sharing that gives us direct access to our customers,” Epic boss Tim Sweeney tells Variety. “Now that we’ve built such a store, and Fortnite has brought in a huge audience of PC gamers, we’re working to open it up to all developers.”

It’s expected to open “soon”, apparently, with a curated selection of PC and Mac games, not limited to those built with Unreal Engine. 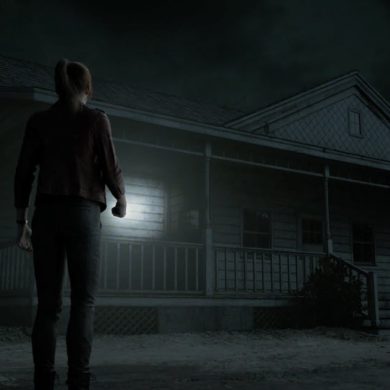 Resident Evil: Infinite Darkness is injecting some T-virus into Netflix’s tubes in 2021