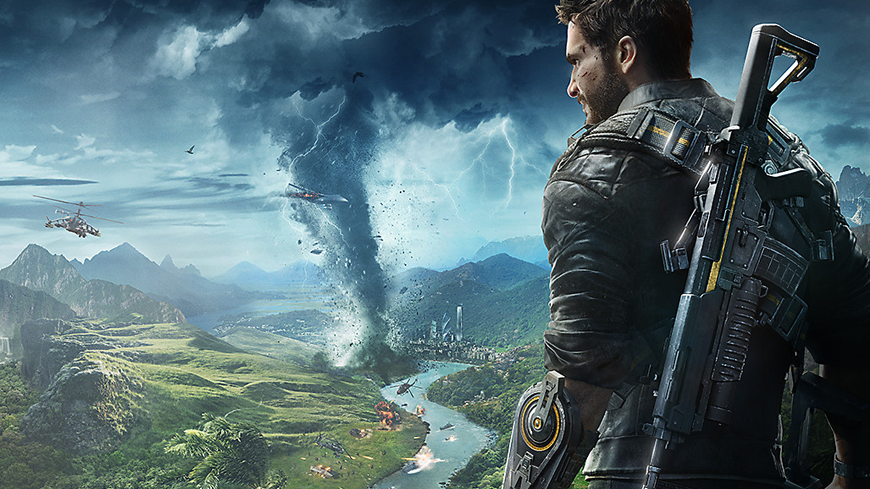 Hey, it’s that guy Rico! Rico Rodriguez! The dictatorship-toppling one man army! He’s back (baby!) to topple more dictators! He’s brought an even crazier collection of weapons and chaotic gadgets created for the sole purpose of wanton destruction! And there are weather effects this time like tornadoes and electrical storms! And there’s this gun that SHOOTS GUSTS OF WIND so you can basically catapult dudes into explosions! But not before you’ve tethered those dudes to red barrels and helium balloons that’ll also explode to make the first explosion more explosion-ey! DOUBLE EXPLOSIONS!

It sounds great! Except that it isn’t and honestly it all gets tedious fast thanks to a ton of issues. Boo.

I had way more fun than I probably should have had with Just Cause 3, so I was keen to get stuck into Rico’s latest outing to the island of Solís, where yet another mean old dictator and his private Black Hand army are keeping the population well and truly down. Except that this place has amazing infrastructure and huge first-world cities and farmlands and airports and everyone drives sports cars so you kind of need to wonder just how bad these dictators actually are. But anyway, Rico says they’re bad and before he knows it he’s accidentally started YET ANOTHER liberation movement which becomes affectionately dubbed “The Army of Chaos”. Get it? Because causing chaos is like the main gameplay loop in this series… it’s supposed to be self-referential or something or… forget it.

Anyway, Mr. Bad Guy Dictator (whose name escaped me, as did the names of most of the characters because they’re all so appallingly one-dimensional and instantly forgettable) also has a device that can control the weather, because there needs to be some justification for cool new weather effects. Turns out weather-controlling devices aren’t allowed even if they have cool names like “Illapa”. So Rico has to blow shit up. Again. 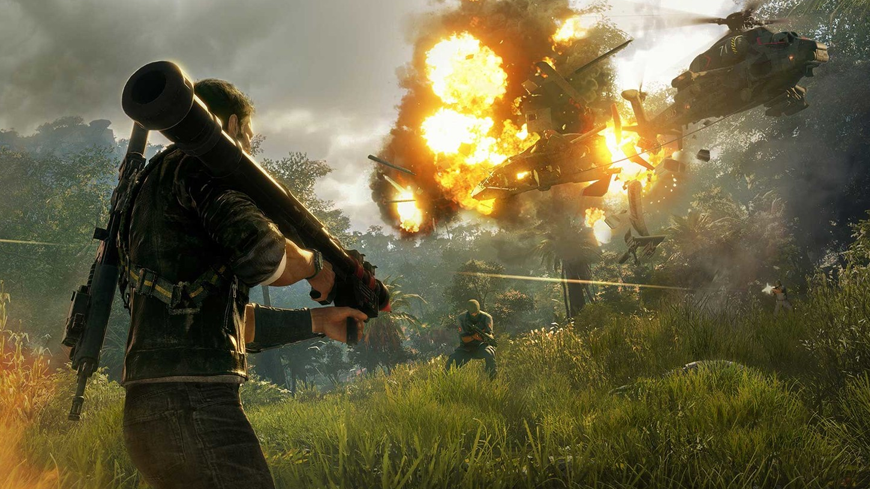 In the past the Just Cause games have excelled in creating this fevered, balletic destruction that generates all kinds of on-screen chaos. In Just Cause 4 it’s never as compelling as it used to be, which is likely thanks to the developer’s tinkering with gameplay loops and trying to streamline the whole package. Incidentally, the developers also do the opposite of streamlining in some areas, and the result is a game that feels like a bit of a mess.

Central to gameplay progression is the Army of Chaos rebels, who will openly engage with Black Hand forces along the frontlines of each of Solís’s numerous regions. The whole island has been carved up into different chunks so that the in-game map kind of looks like a Risk board. Rico has to cross into Black Hand territory, complete an infiltration mission, and then call for the Army of Chaos to invade that new region and take it over. In order to invade the region you need to have forces in reserve ready to invade, and in order to populate those reserves you need to destroy Black Hand infrastructure throughout the various regions. The destruction “inspires” people to join the liberation movement, I guess. And that’s the basic gameplay loop that you’ll repeat through dozens and dozens of regions.

It sounds like a good progression system in theory, but in practice it’s stymied by some appalling menus and overly complicated systems.

There are story missions that progress the plot (I use that word begrudgingly because there’s no plot here) but you can’t activate those story missions unless you are in control of the region that the mission is located. So in order to progress you constantly have to increase the Army of Chaos’s numbers and advance the frontline. It sounds like a good progression system in theory, but in practice it’s stymied by some appalling menus and overly complicated systems. In the first few hours of the game you’re given tutorial after tutorial that literally explain HOW TO USE THE MENUS. It makes for a very unfriendly user-experience that forces you out of the action and into menus in order to progress. And don’t get me started on unlocking new mods and attachments for the grapple hook and balloon system – it’s so unnecessarily complicated that I didn’t even bother to do the heaps of side quests that unlock different equipment mods. The thought of then having to use the menus to apply new mods was enough of a turn-off. 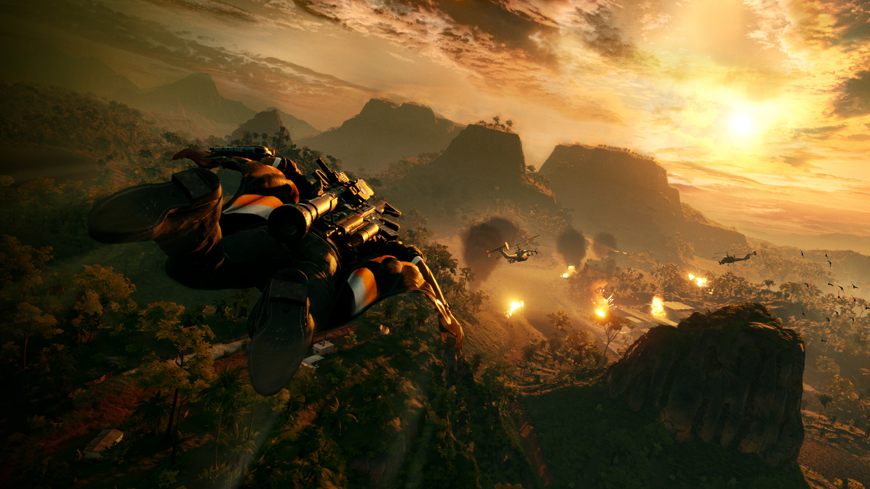 Unfortunately, the story missions and infiltration missions are nothing exciting. All too often the infiltration missions are rinse-and-repeat affairs. You will end up doing the same handful of tasks over and over, just set in a dock one time, or a hydro-electric plant the next time, and so on. Environments change, but the mission structures don’t. The fact that these infiltration missions are compulsory for progressing, and the fact that they all too often devolve into frustrating affairs with timed sections and continually spawning bad guys, means that there’s not much pushing you to progress the game. I don’t like having cookie-cutter mission setups, and I don’t like having dumb as hell enemies that spawn right behind you the moment you have your back turned – it all feels a little cheap and rushed.

Just Cause 4 is also quite possibly the ugliest game I’ve played on my PS4 to date. I was playing on a PlayStation 4 Pro attached to a 4K LG OLED TV, so in theory the game should’ve looked amazing. It doesn’t look amazing. The console versions have been severely stripped back in graphical features in order to maintain a decent framerate. The result is a game that honestly looks like it’s running on a PS3. There are some very weird things happening with hair textures, there are constant texture pop-ins, draw distance is woefully sub-par, water effects are terrible, there’s no anti-aliasing that I could see, lighting and shadow effects are embarrassing… I could go on but I’ve already wasted too much time on this game. Visually it feels incomplete – there are clearly major issues with Avalanche’s Apex engine this time around, and it’s disappointing to say the least.

Disappointing is probably the takeaway from this game. The franchise has always been about having destructive, tongue-in-cheek fun, but Just Cause 4 seems to have forgotten that.

BOTTOM LINE
Just Cause 4 is a disappointing mess. There is little in the way of compelling gameplay and what used to be fun in previous entries in the series now feels hollowed out and soulless. It was fun to tether bad guys to balloons and send them careening into the atmosphere for the first five minutes, but then the fun kind of wore off. And that fun wearing off pervades this entire game. It’s not terrible, but it’s definitely not what the series used to be.
PROS
Explosions are still great
Heaps of weapons and vehicles and unlocks
Great sound design
CONS
Terrible visuals on consoles
Where has the fun gone?
Awfully convoluted menus
60 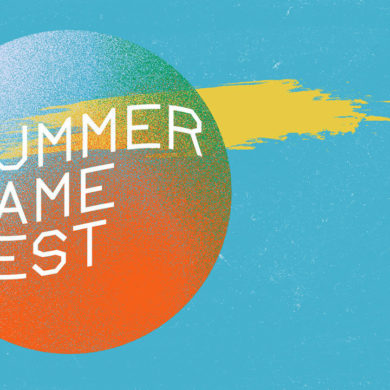