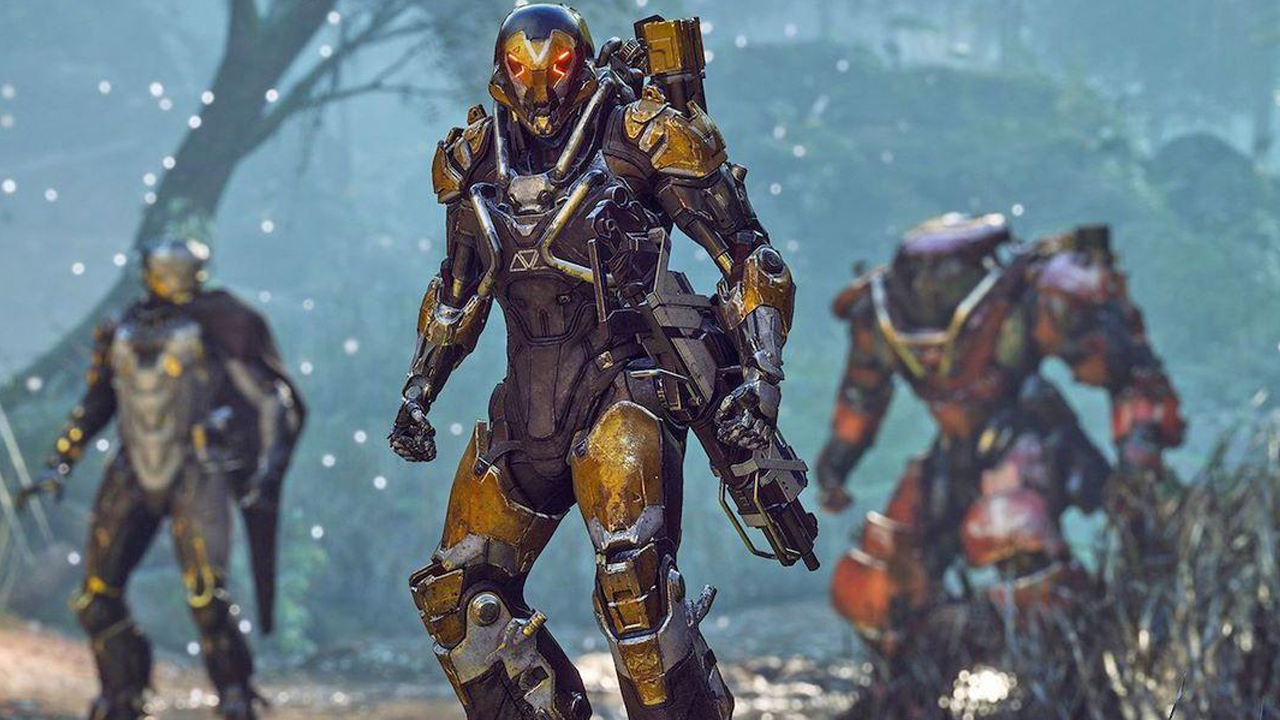 When it worked, I mean. Which it kind of… didn’t most of the time. Launched on Friday night, the VIP demo had problems almost instantly – the servers were at max capacity, according to one error, and access was denied according to another, and players who managed to get through those two were stuck forever on a loading screen. By Saturday morning, those had been somewhat resolved, but frequent connectivity issues persisted into Sunday. And with the game out in less than a month, that’s obviously a worry.

The Anthem demo build is about six weeks old, BioWare producer Mark Darrah confirmed back on 19 January already, which in terms of game development is, like, primordial old. And besides, as the studio’s live services guy Chad Robertson explains in the emergency oops-we-messed-up stuff, no internal testing environment can properly prepare a game for the unpredictable idiosyncrasies of a public release.

And assuming these problems can be fixed by 22 February, I think the game itself has real potential to be something special. Comparisons with Destiny are inevitable, perhaps, so let’s start with that – it’s the same, but different. Like Destiny, the game is a semi-MMO that plays out from a central hub – in this case, Fort Tarsis, not the Tower – where you visit vendors, customise your gear, and team up with other players for missions. Unlike Destiny, however, this is a private instance and populated instead entirely by NPCs, and co-op is initiated by interacting your Javelin mech exosuit to choose an activity. It’s an awkward system with a counter-intuitive user interface and some over-complicated menus, and it’s not helped by the plodding walk speed. I also don’t like that you choose a loadout before exiting Fort Tarsis, and can’t change it until you get back. What if you hate this new gun? Sorry, you chose wrong, lol.

But once you’re out in Anthem’s post-apocalyptic world, it’s much more impressive. Spectacular sandbox levels sprawl between sun-swept peaks, verdant jungles, and the crumbling, inscrutable architecture of some exotic alien progenitor, and the added vertical space makes navigation an unprecedented and exhilarating experience. Gunplay is solid, and firefights can be chaotic – but the compelling sort of chaotic that makes for those omg-remember-that-you-guys moments.

With its focus on action and explosions over RPG stats and banging NPCs – a significant departure from BioWare’s established oeuvre that will doubtless remain controversial for some – the game is very much an experimental project for the developer, with the inherent difficulties and mistakes of that. Much like the first Destiny was in 2014.

But, you know, I love Destiny. And I want to love Anthem. For now, I’m optimistic.

If you’re on the fence about Yooka-Laylee and the Impossible Lair, why not try a free demo?