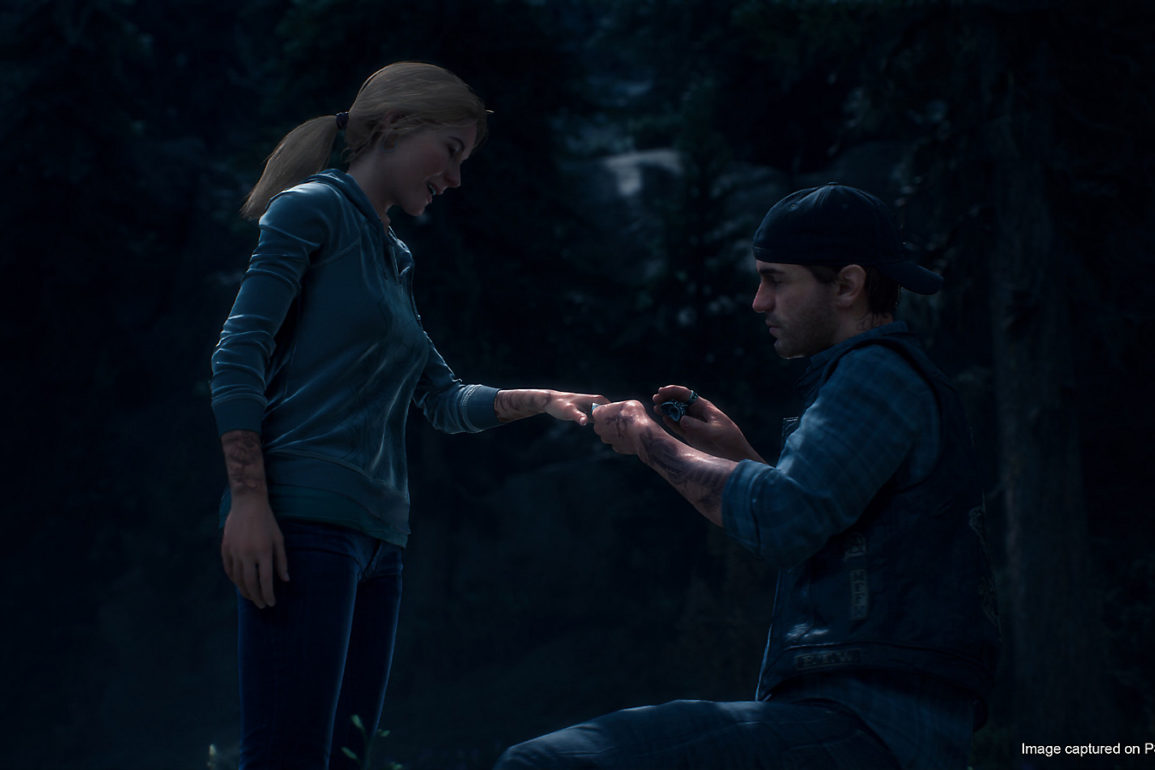 Dialling up the Nausea-O-Meter of this week’s new screenshots to 11, a trailer for the game remembers a time when things were happy for protagonist Deacon St. John. More carefree. Less… bitey.

“The wilderness is where they met, it’s where he taught her to ride, where she taught him about botany — the reason she was in the high desert in the first place,” Bend Studio creative director John Garvin explains on the PlayStation Blog. “It’s where he proposed to her. It’s where, in a small church in the tiny town of Marion Forks, witnessed only by long-time friend William ‘Boozer’ Gray, Deacon and Sarah were married.”

Who invites a guy named “Boozer” to a wedding, though? I mean, that’s asking for trouble. Maybe not on a global pandemic scale, not immediately, anyway, but come on – chaos theory, people. A butterfly can flap its wings in Peking, maybe, or some drunk trips in a church, and in Central Park you get people eating other people instead of sunshine.