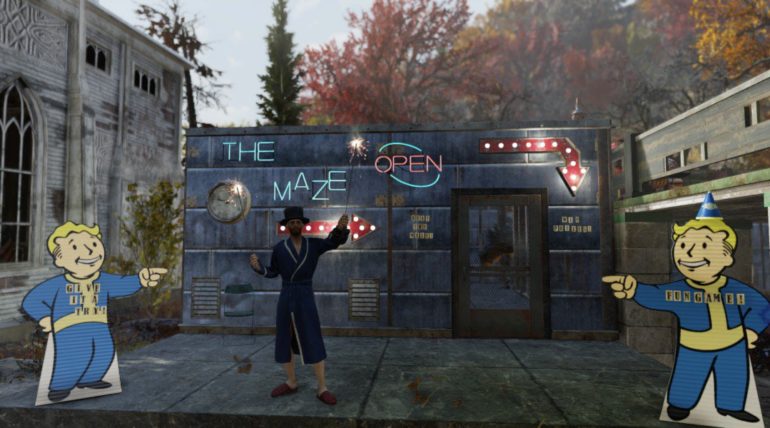 “Beat the maze!” the peeling letters at the gate invite you. “Win prizes!”

Its grubby scrap metal facade is indistinguishable from the others in this scorched, desolate wasteland, but the neon diner lights are different. Beguiling, even, as the sun dips below the crumbling horizon, and night stretches blackened fingers into the sky. You can almost smell the hamburgers and cherry pie.

The man waves at you, gestures towards his improvised carnival sideshow. Come on in, he’s telling you. He seems nice, and besides, what’s the worst that could happen?

The lock slams shut behind you. And you realise that smell isn’t hamburgers and cherry pie. It’s… something else.

“Don’t trust a man in slippers and Appalachia is full of lunatics,” explains creator Vault101manguy on Reddit. “Welcome to West Virginia.”

Using the game’s Wasteland Whisperer and Animal Friend perks, Vault101manguy has tamed a deathclaw and let it loose in his custom C.A.M.P. maze. As a pet, the deathclaw is subject to PVP rules and can’t kill other players without them shooting first. But that sort of thing isn’t important in the moment.

“This is entirely an experience of fear,” he adds. “Nobody in the video actually died.”

Vault101manguy has also previously built a murder church and surprise crematorium, and is probably Jigsaw from the Saw movies. 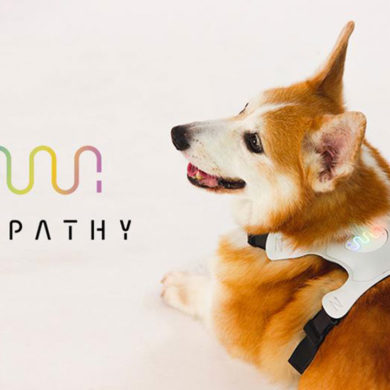