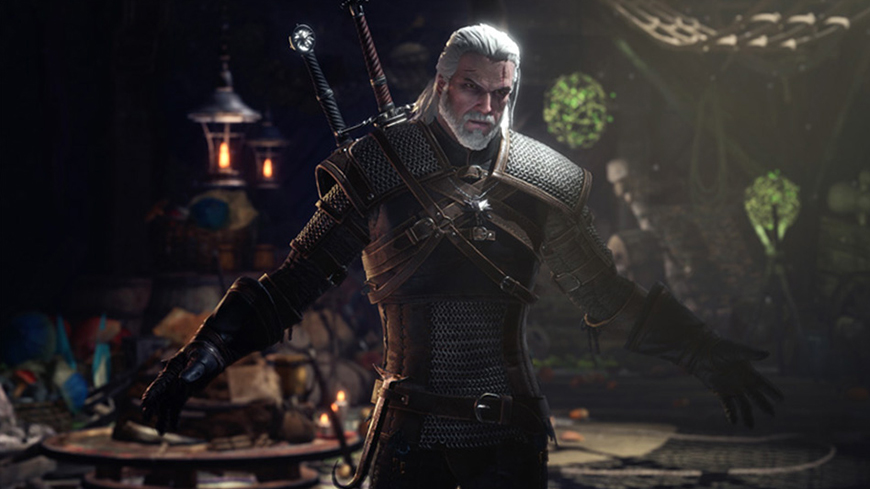 Geralt of Rivia has been doing the Monster Hunter World business on console for a couple of months already, and now Capcom has announced that the bearded monster killer will be spliced into the PC version next month, bringing a new quest line, original voice-acting, and a host of Witcher-related bits and pieces along with him.

Kicking off on 9 May, the Witcher crossover content includes the Trouble in the Ancient Forest contract, which drags the Leshen monster and a number of The Witcher 3: Wild Hunt game elements into the Monster Hunter World space. Battling your way through this single-player contract grants players a selection of crossover items, a special item and gesture, Witcher guild card background, and related poses and titles. You’ll also be able to scoop up the essentials needed to craft a couple of Witcher-related items – the Geralt full armor set, the Witcher’s Silver Sword, the Cursed Staff weapon, and the Nekker full armor set for your Palico animal pet creature friend thing.

The crossover update also brings with it a list of bug fixes to bring it in line with console versions, so you’ll be good to go. It’s worth noting that the Witcher content isn’t one of those annoying limited time affairs – the bane of anyone who has other things to do with their time besides play video games – so you’ll be able to beard up and get stuck in whenever it suits you. 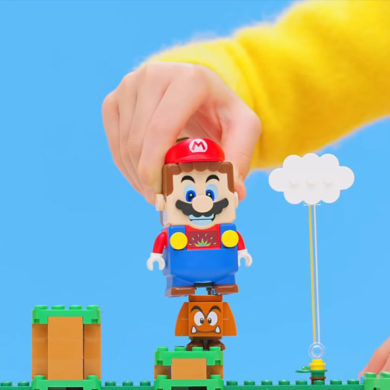 Mash Goombas in the real world with LEGO Super Mario