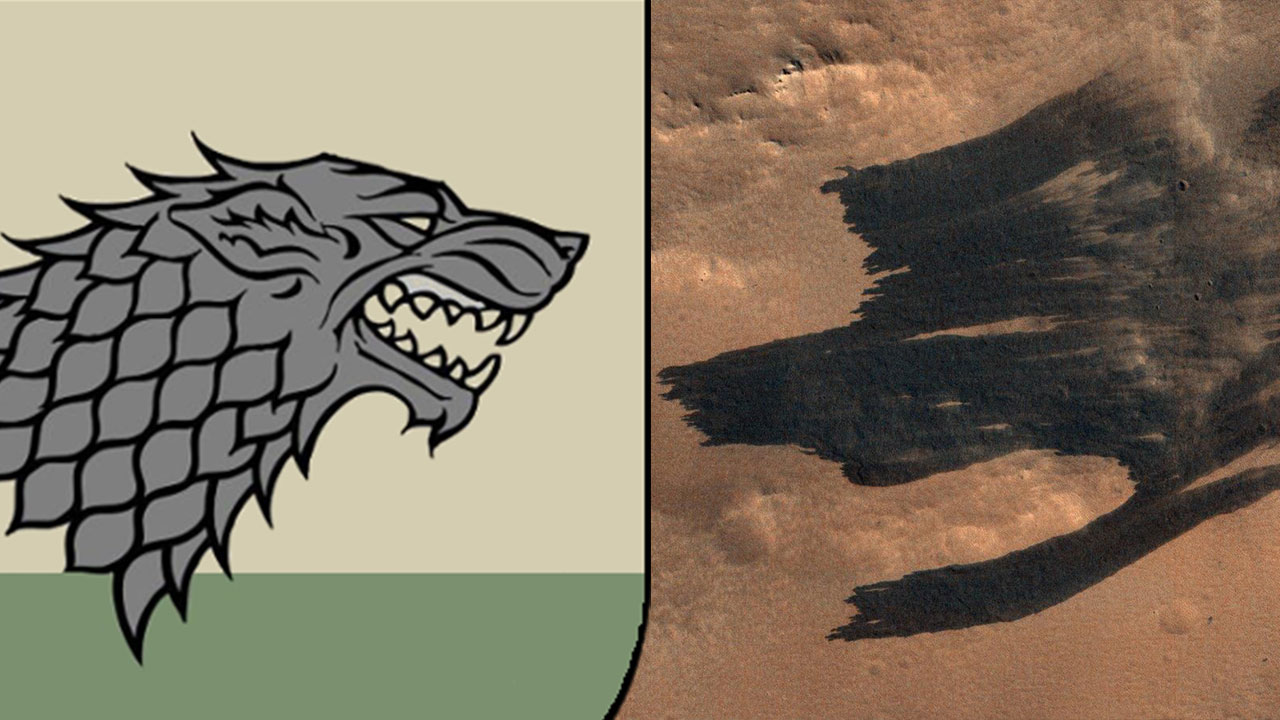 Latest images from NASA’s Mars Reconnaissance Orbiter show that Mars clearly favours the North in this whole Game of Thrones situation, awkwardness with queens notwithstanding. If you’re not too much of a stickler for details, this does kinda look like the Stark’s gaping direwolf sigil.

The markings are actually the result of impact-induced dust avalanches. According to the HiRISE (High Resolution Imaging Science Experiment) team, “In this scene we see what appears to be a new impact cluster and, extending downhill from the craters, new dark slope streaks”. Basically, the movement of the avalanches exposed the darker ground underneath. Also, winter is coming.

We’ve seen dust avalanches associated with impacts in other locales as well.

We should probably all start worrying if one of those creepy spirals pitches up on Mars as well.

In case you’ve been under a rock or something, the 8th, and final, Game of Thrones season started yesterday, and you can watch it, all legal-like, on DStv OR Showmax. New episodes appear every Monday, until it is over, and then we can wait for the books to see what the “proper” ending is. 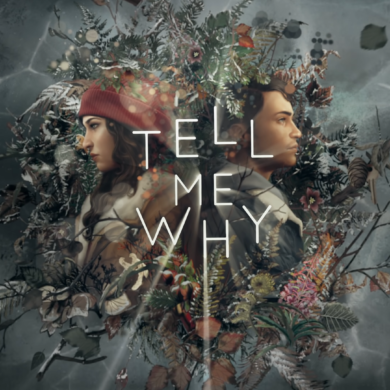 Tell Me Why introduces a “different, more multi-dimensional” narrative about its transgender protagonist