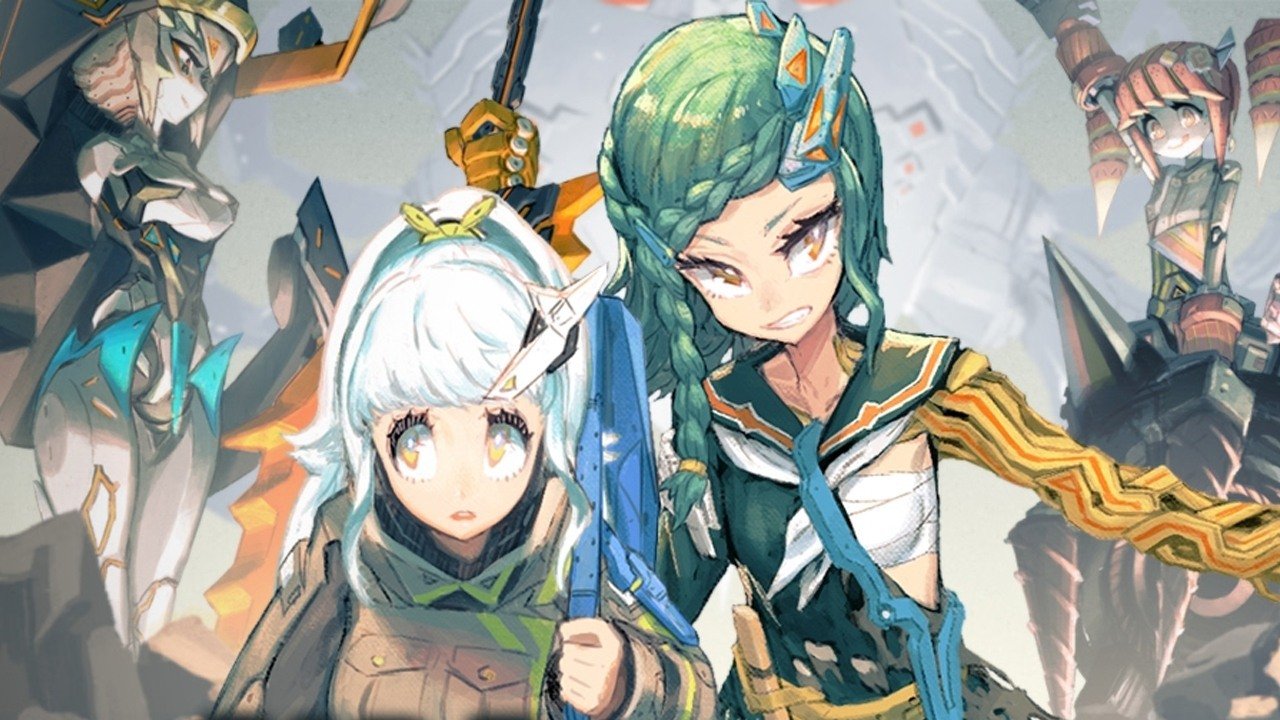 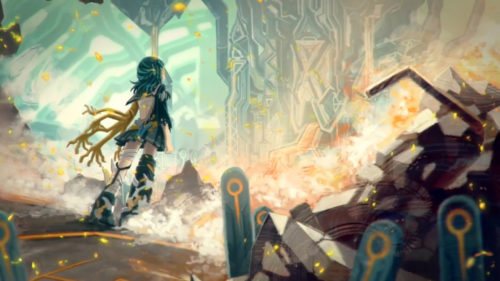 It’s been three years since the robots invaded Earth and enslaved mankind for… reasons. You are Reika Rekkeiji, a teenage girl, adjusting to life as a cyborg while seeking vengeance against your robot slave masters, and breaking stuff. You know, normal teen things. You’re also trying to rescue the girl that straight up murdered you, because her sincerity was just so darn compelling that you simply must find her. Assisting you on your venge-quest is Dr. Kouzuki, the scientist that took your lack of pulse as consent to take part in his cyborgification experiments.

Developed by award-winning Game Freak Inc., best known for Nintendo’s Pokémon game series, Giga Wrecker Alt. is the console release of Giga Wrecker (the PC version that came out in 2017) which adds 20 new puzzles, an “Iron Man” difficulty mode, and Dölma the hint-bot. This may be a subtle comment on the intelligence of console versus PC players, but I’m going to pretend I didn’t notice, because I used that little guy a lot. Reika’s dismayed death squeals will echo in my ears for eternity. Just, you guys, I died so much. 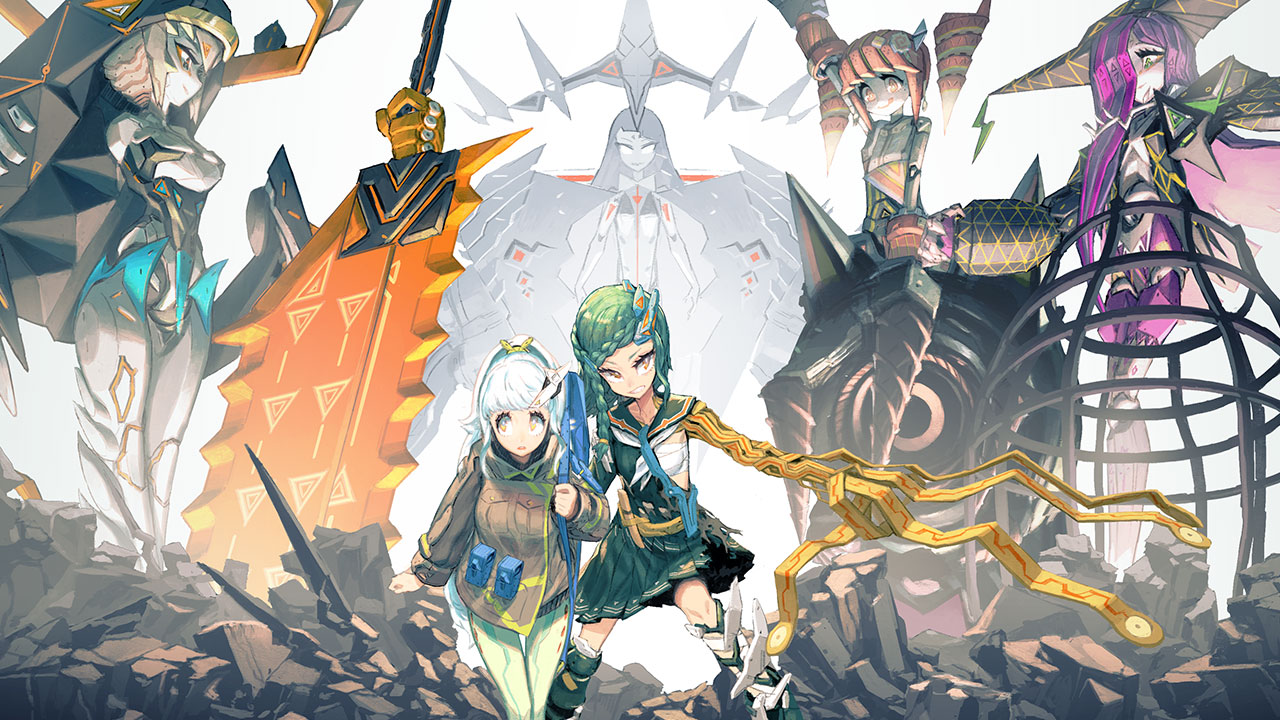 Giga Wrecker Alt. is a Metroidvania platformer with physics puzzles, interspersed with still frame cut scenes, and lots of story to read. Reika starts out being able to punch her enemies and some of the scenery (she hates both) with her robo-arm, but can also pick up the rubble and throw it at other things. As she finds more blueprints, she learns how to use a whole range of other death-accessories. Mostly, you run around throwing the freshly-crushed bodies of your enemies at things while solving physics puzzles, in order to reach boss fights, or rather, I would, except now I have to go sit quietly in a sunbeam until the urge to chunder subsides.

The potential for motion sickness is real, friends. I blame the combo of repetitive music, a shifting background, and chaotic design aesthetic. The hand-painted look reminds me of 80s anime, in a good way, it’s just… a lot to look at. That design aesthetic is certainly a choice. 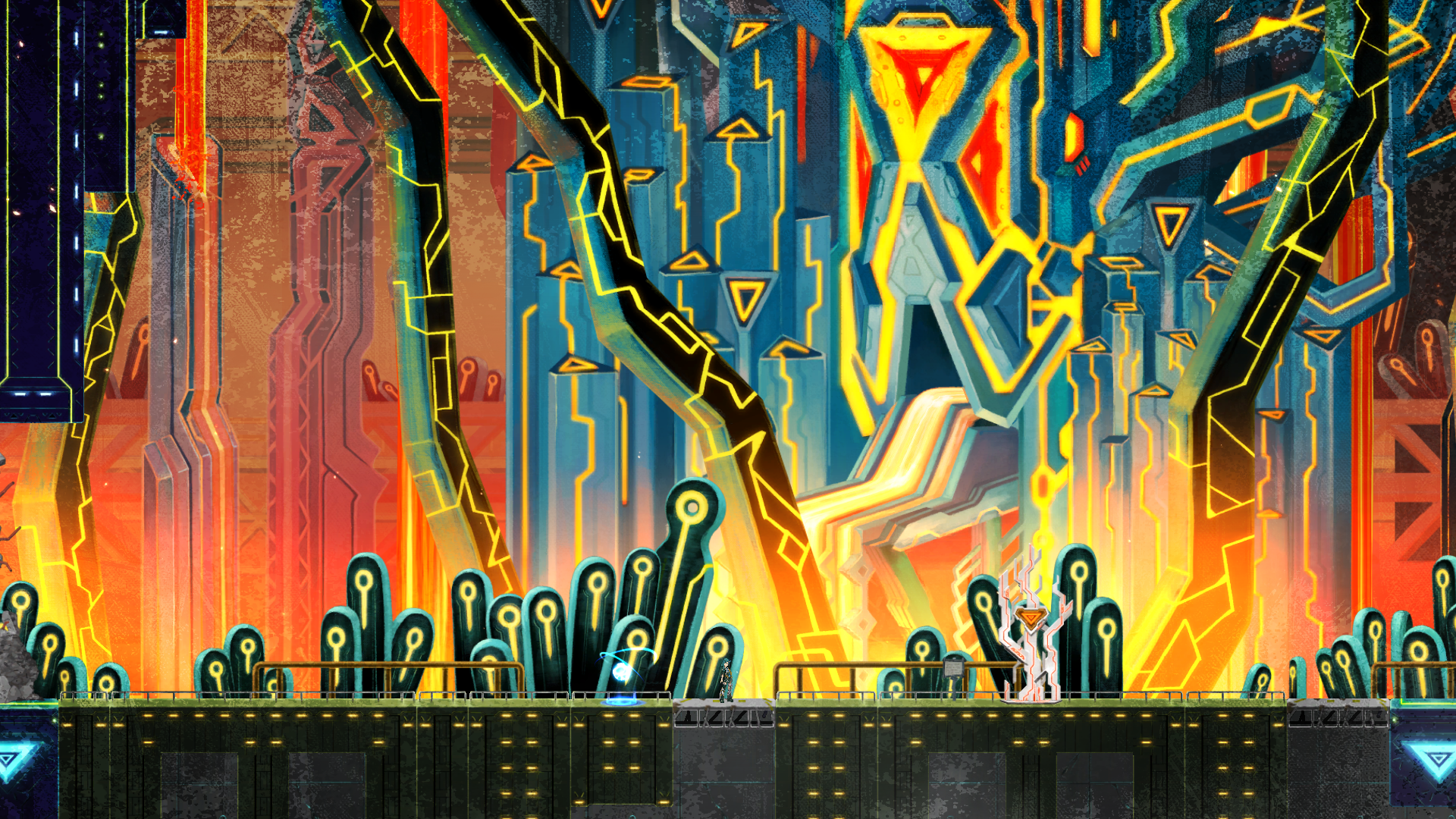 The inevitable repetition gets extra tedious if you keep dying before one of the numerous chats between Reika and Dr. Kouzuki, because there doesn’t seem to be a skip all option to get through the dialogue. This gets a little old when you die as much as I do. 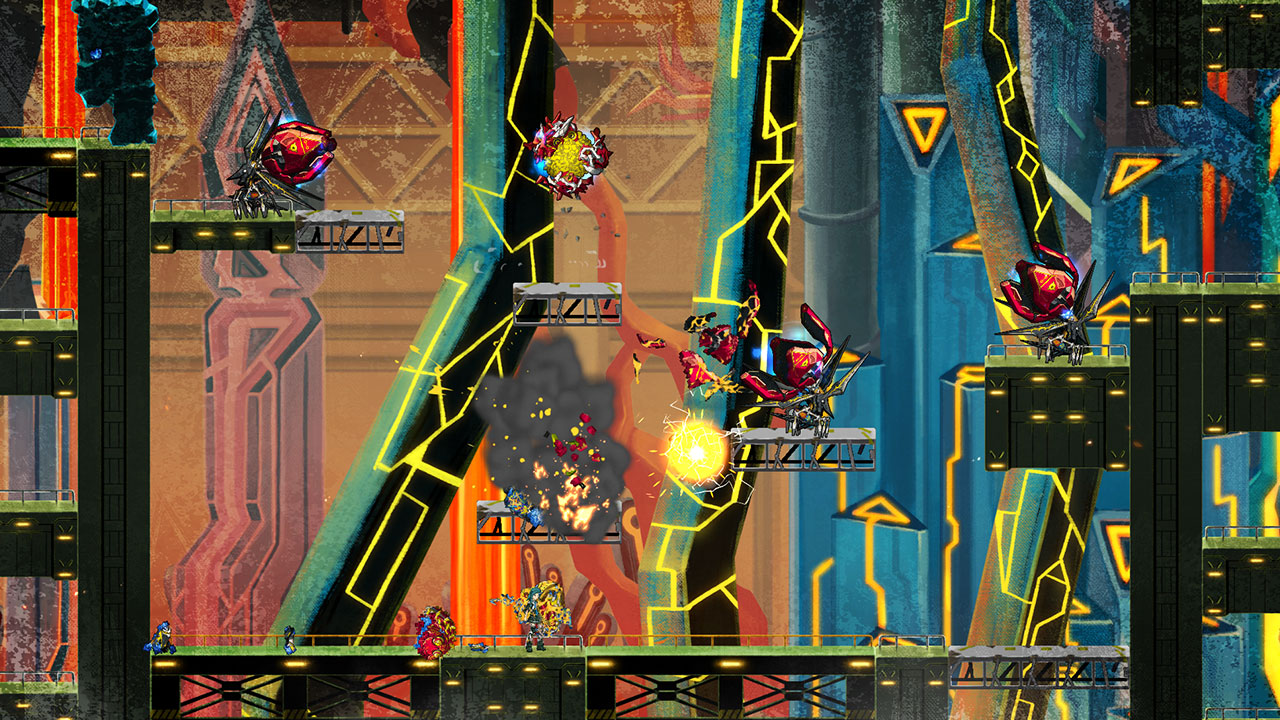 I did enjoy smashing stuff with my ever-growing boulder of robot corpse detritus and the puzzles are a decent, if incredibly frustrating, challenge. It does mean you feel like you’ve actually accomplished something when you get it right. The addition of the hint-bot doesn’t mean all the puzzles suddenly become easy to complete, either. If you’re into this sort of thing, you’ll probably be having some fun. 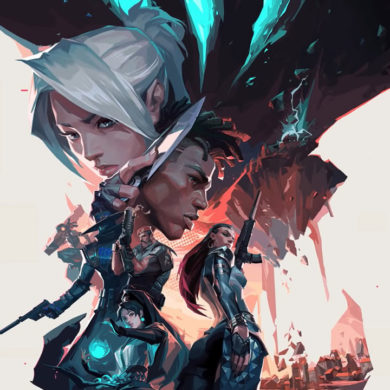