There’s no doubt that the gaming notebook is one of the hottest and most expensive gaming related items you can buy in 2019. A few years back, most gamers avoided gaming notebooks as they just didn’t offer the longevity that a desktop machine provides – but today things are a little different. Yes, you do pay a premium for the size benefit, but there’s a huge demand for people who need a single portable computer to take care of all their digital needs.

Looking at its spec sheet, you’ll notice there’s nothing average about this machine. Its processor is the Intel Core i7 8750H running at 2.2Ghz. There’s an impressive 32GB of RAM, and it includes two storage drives – one 512GB NVMe SSD and a 1TB 2.5-inch HDD. The screen on this notebook is a large 17-inches, and features a 144Mhz refresh rate and 3ms response time with a resolution of 1920 x 1080. I must admit, I would have preferred seeing something a little higher, but fortunately an external monitor solves that problem when I need more screen real estate.

Undoubtedly the star of the show and the one thing that will get all your mates talking is the Nvidia GeForce RTX 2070 graphics card, neatly tucked away inside the chassis. This monster of a GPU will allow you to play any game on the market today and you can even dive into the world of VR with a notebook like this by your side.

Looking at the exterior, there’s also a lot to love about the second iteration of ASUS’s SCAR notebook range. The LCD features a much thinner bezel than its predecessor, but there’s a small trade-off to be had as the webcam is now situated below the screen. This isn’t ideal and even for social video calls, the angle offers a less than flattering viewpoint up your nostrils.

The brushed metal finish on the lid of this notebook is neatly decorated with the ASUS ROG logo, and a customisable RGB backlight, I’m happy to report. The keyboard also features four-zone RGB backlighting, and for those that like to crunch numbers, a numpad has also been added. Sadly, this one is not quite the same size as a normal numpad and feels a little squashed in. It’s not a huge issue, though, and it’s a nice addition to have. Interestingly, ASUS made the WASD transparent, which was a little off-putting at first, but you get used to it rather quickly. The keyboard and trackpad below it feel responsive and smooth and I had no complaints in this department, granted that my wireless mouse is always connected to my notebook. RGB fans like myself will be happy to see that an additional RGB light bar is situated on the front part of the notebook, handy to light up your desk with some smooth lighting to set the gaming mood.

The body construction on the ROG STRIX SCAR II is solid and the lid offers a very sturdy feel when you open and close it. Carrying it around for work or play is not much effort either. At just under 3kg, this is one of the lighter 17-inch notebooks I’ve used.

As with all gaming notebooks that feature a high-end graphics card, there’s not much to brag about when it comes to battery life. You should expect two to three hours of office-type usage on this notebook, and as expected for gaming, you’ll need to keep this one plugged in to experience that GeForce RTX 2060’s buttery smooth gaming performance.

And plugged in is definitely where this notebook feels right at home. Gaming performance on the ROG STRIX SCAR II is superb, with PUBG and Battlefield V running really well. Considering BFV is the poster child for ray tracing technology, I really enjoyed the game on Ultra settings which delivered a smooth average of around 100fps.

It should also be noted that when playing a game as resource intensive as BFV, you can expect a fair bit of noise coming from the built-in fans on this notebook. It may be too loud to enjoy a sneaky mid-morning office game but in any other environment, it should not pose too much of an issue.

While gamers play with headphones or much larger speakers, I was pleasantly surprised at the quality of the audio produced by the built-in speakers. They offer a good balance between loudness and fidelity and were great for playing music while I work.

Although the local pricing has not yet been announced, expect the ROG STRIX SCAR II to come in at around R40,000, not a bad price considering many of its competitors break through the R50k mark.

ASUS ROG STRIX SCAR II gaming notebook
BOTTOM LINE
The ROG STRIX SCAR II is the latest beast from ASUS, and they’ve certainly produced a compelling offering for those who can afford it.
PROS
RTX 2070 GPU under the hood
32 GB of RAM out of the box
Loads of RGB
SD card reader
CONS
Higher resolution LCD would have been welcomed
Position of webcam
90 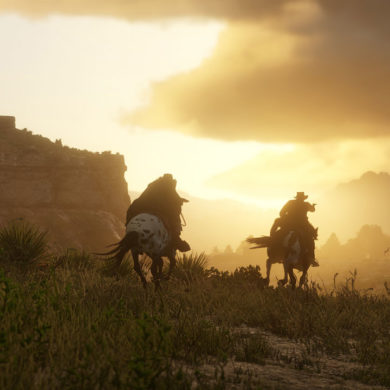