SABC is about to bomb, but would you even miss 7de Laan?

That’s if 7de Laan is a thing in 2019. I wouldn’t know because I haven’t tuned SABC’s channels on a TV since, I dunno, like 2005. Maybe I’m part of the problem, but I also pay my stupid TV licence every year, so. Maybe SABC’s dismal programming is the real problem. Or, you know, the corruption thing.

Whatever the problem is, the local public broadcast company is in big financial trouble, SABC management has confirmed, with a total shutdown now inevitable if the government doesn’t administer a R3.2 billion bailout to fund more Desperate Housewives reruns, political censorship and propaganda campaigns, and dubious executive bonuses.

Talking to the Sunday Times this weekend, SABC board chairman Bongumusa Makhathini explains that since March the company has had to choose between paying its staff or its municipal and other accounts, and is now in debt to Joburg for some R13.5 million, signal distribution services provider Sentech for R317 million, and SuperSport for R208 million.

“I’m not sure how we are going to pay for salaries come end of June,” he says. “We have also not maintained any of our infrastructure and a communication blackout is imminent. We anticipated ‘Day Zero’ in March, but we have managed to stay on air until now.”

Besides TV channels, the SABC also operates a number of radio stations, including 5FM, Good Hope FM, and Metro FM, and employs over 3000 people. 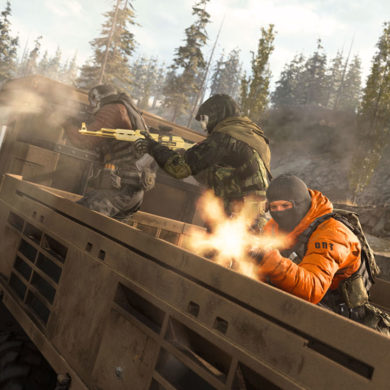 No more solo trucking in Call of Duty: Warzone