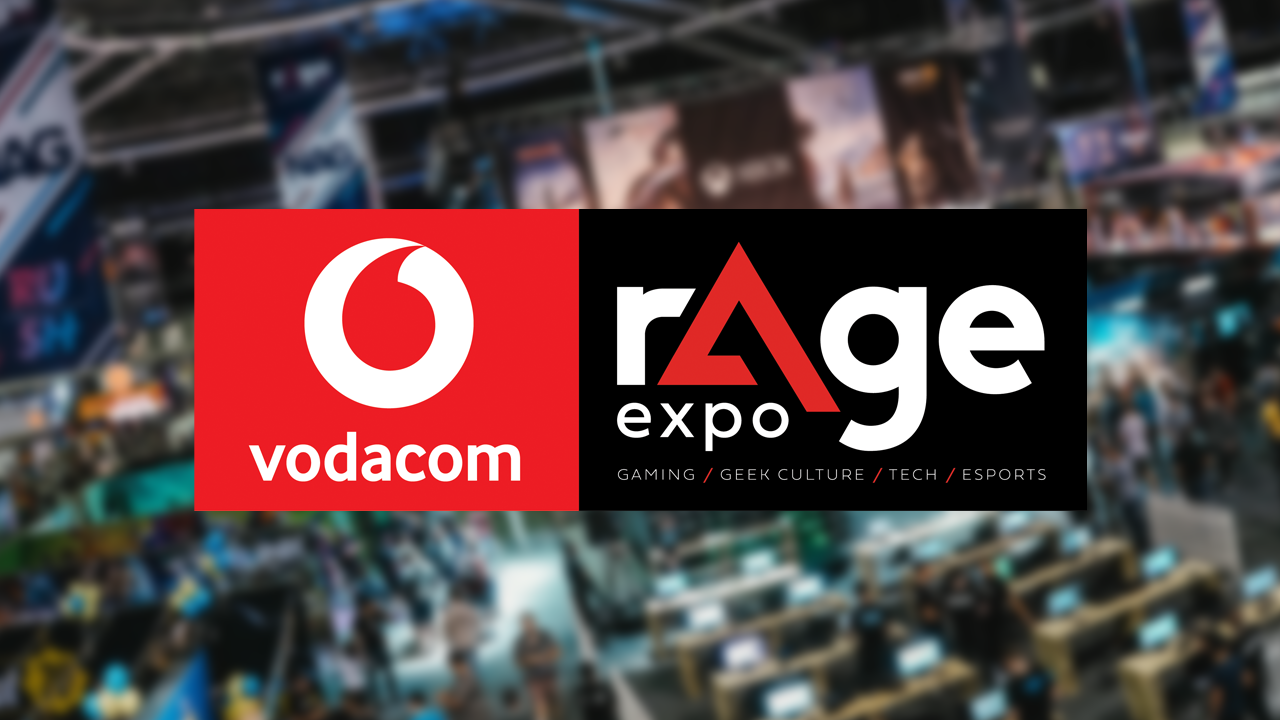 Telecoms stalwart Vodacom has just announced a partnership with rAge – South Africa’s longest running gaming, technology and geek culture expo which will take place from 27-29 September 2019. Vodacom’s involvement and investment into the South African gaming and esports scene will be one of the biggest to date, by any brand.

Vodacom has long been a long-standing supporter of sports in South Africa and has already made a substantial investment in driving funding and growth in local sports. This move into the South African gaming and esports scene is a natural progression for the future of the brand.

“We have been following the South African gaming and esports scene intently over the past few years. Gaming and esports is one of the largest and fastest-growing industries in the world and South Africa is home to many gamers with an intense passion for it. From casual gamers who enjoy indulging in their passion from the comfort of their own home or on their mobile handset allowing them to participate in their passion anywhere, anytime, to those who compete in esports at a competitive level – and everyone in between – Vodacom’s vision is to become the Gamers Network of Choice. “This partnership with rAge is just the beginning as it allows us to participate in a large entertainment market,” says Jorge Mendes, Chief Officer Vodacom Consumer Business.  As part of our long term commitment to the gaming and esports scene, Vodacom World, our Flagship Digital Mall will also play host to a variety of gaming events and experiences providing gamers with an opportunity  to experience our network speeds and capability first hand.”

Globally, gaming is big business. Out of 7.6 billion people on the planet, there are approximately 2.2 billion gamers. This includes social gaming, mobile gaming, as well as free-to-play and pay-to-play multiplayer gaming. Of these players, globally, there are about 380 million esports viewer fans – 165 million of them regular viewers and 215 million occasional viewers. While these numbers are impressive, the South African gaming and esports industry is still in its infancy and will take some time to establish these kinds of figures locally. That said, it is starting to come into its own and it is during this time that backing and support from established and trusted brands such as Vodacom is vital.

rAge has always been about the gaming. Although it has grown exponentially over the last 17 years, the event has always stuck to the core values of bringing the ultimate gaming experience and the very best of immersive geek culture straight to the audience with bigger and better gaming, gadgets, esports, cosplay, show specials and competitions.

This annual event is 100% proudly South African, which is another reason that Vodacom is the perfect partner for it. It’s about South African gamers having access to global platforms; and now that it’s backed by a South African icon, those platforms are sure to just get bigger, better and faster.

rAge has grown from an embryonic event for a small gaming community into a thriving fun-filled three-day feast of all that is gaming – catering to thousands of fans, both young and old. “This partnership with Vodacom is a significant surge forward for the gaming industry in South Africa, and particularly for rAge. It is another leap forward for the future of gaming in South Africa and I look forward to where this will eventually take us all. And now the Future is Exciting with Vodacom rAge” said Michael James, Senior Project Manager rAge.

Globally, gaming is big business. Just shy of three weeks ago, a 16 year old captured the world’s attention by winning a $3 million Dollar prize pool at the Fortnite World Cup. The finals of this tournament, held at the end of July, followed ten weeks of competition involving more than 40m competitors and a total prize pot of over US$30m. The tournament packed out the 23,771-seat Arthur Ashe stadium at Flushing Meadows, New York’s largest tennis arena. Fortnite is but one gaming title among many that is rising to prominence in an increasingly lucrative market. The crazy thing to note is that this is not even the biggest esports event in the world. 18 teams recently competed in The International – the biggest DOTA tournament in the world – in Shanghai, China. The International’s prize pool, which is entirely crowd-funded, closed off just over $33 million. 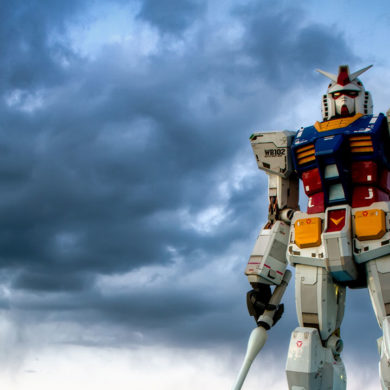 Japan will have (another) full-size Gundam by October