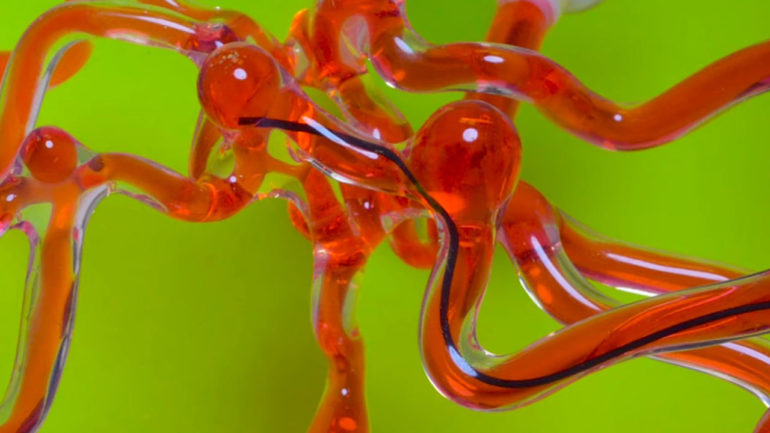 A team of engineers at MIT has built a robot worm. What will the robot worm be used for? Burrowing into your brain. Cool, cool, cool…

Fine, it’s not so much burrowing as using existing pathways while making its magnet-guided way through your brain, but still. The thin, threadlike robo-worm was developed for use in medicine, as a way to more efficiently unclog blockages and clots that can cause strokes and brain aneurysms. It’s just kind of gross to watch.

The robo-worm’s core is made of a nickel-titanium alloy that is pliable but also able to return to its original shape. The core is coated in rubbery material embedded with magnets and that is coated with hydrogels, for frictionless maneuverability.

Guided from the outside, by a surgeon with a strong magnet, the robo-worm is able to glide through arteries and blood vessels without causing any accidental injury. Later versions of the robo-worm replaced the metal core with an optical cable, giving the robot the ability to blast blockages with lasers. In the future, the engineers intend to add a mechanism for delivering clot reducing drugs.

Currently, the clot busting procedure is manually performed by a surgeon guiding a wire up arteries in a patient’s groin or leg, into the brain. A radiation-heavy fluoroscope shows them where to go by producing x-ray images in real-time. The robo-worm will greatly reduce the time the procedure takes, remove the need for exposure to excess radiation, and reduce the risk of injury. 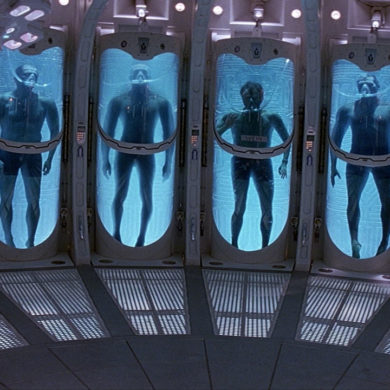 Human cryosleep clinical trials have begun, so that means we’re in the future, right?