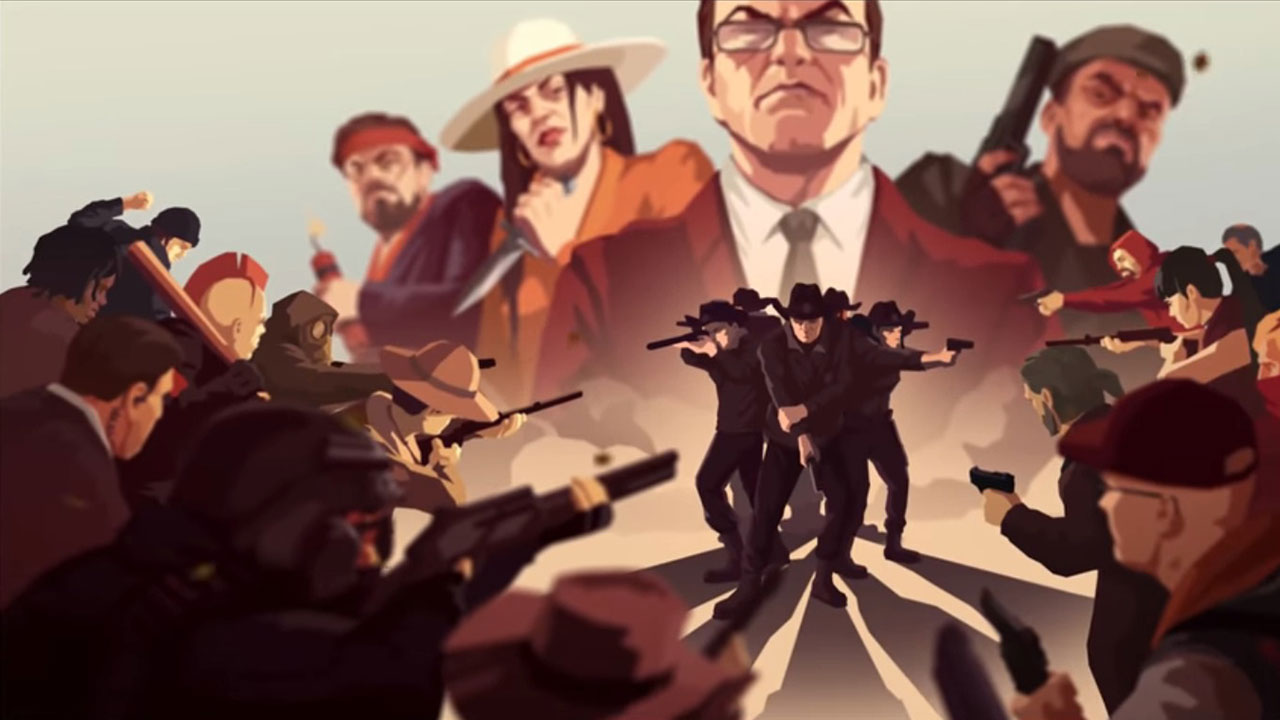 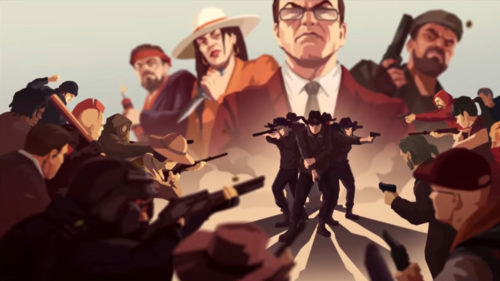 Crime boss Viktor Zuev has taken over the little country town of Ripton and has everyone too scared to do anything about it. Everyone, that is, except a rebellious band of local cops, living on the edge, fueled by justice, jam and hot sauce, who may just be crazy enough to take back their town.

Developed by Weappy Studio, Rebel Cops is a spinoff of This is the Police, an adventure strategy game released in 2016. Rebel Cops is a stealth-focused, turn-based strategy game that really isn’t lying about being unforgiving, so you can’t complain about getting your entire squad murdered twenty times in a row, except you can, and I will.

The game takes place over a series of missions as you move through the town, clearing out bad guys, and collecting supplies. Supplies are important because you need to sell them so you can buy things like weapons, ammo, and medkits. I made a strategic error (too embarrassing to mention) the very first time I got access to the merchant and it really hamstrung my progress later on. This game does not look kindly on strategic errors, or regular errors, or really just your attempts to succeed. Rebel Cops does not like you – you’ve been warned. 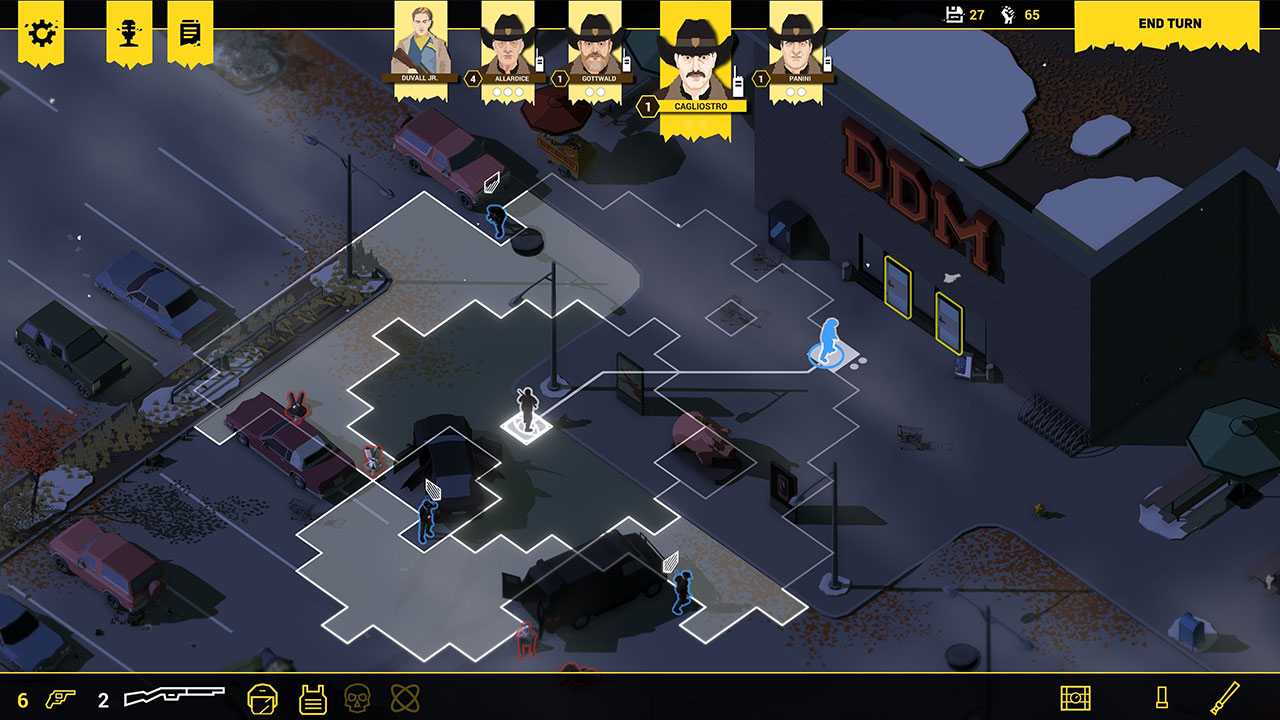 You control a squad of maximum six cops. Each cop can take two actions per turn (Allardice can occasionally take three, for reasons of radness), and turns alternate between your squad and the suspects. Mission objectives dictate what you need to do, like arrest this guy and don’t kill anyone. Sometimes missions are timed, sometimes you won’t know this until you’re halfway through, sometimes you’ll play for three hours and die in a spectacular shoot-out, anything could happen (protip: read the mission objective).

Speaking of dying, your cops can die from one shot, even when in cover, and there isn’t enough body armour to go around. Also, the body armour only lasts two hits, anyway. If you alert the suspects, you’re pretty much dead and should just load or restart. This game is about stealth, after all.

I tend to employ the “Edge of Tomorrow” strategy of restarting the mission so often I eventually learn the most efficient path to victory. Don’t be like me. 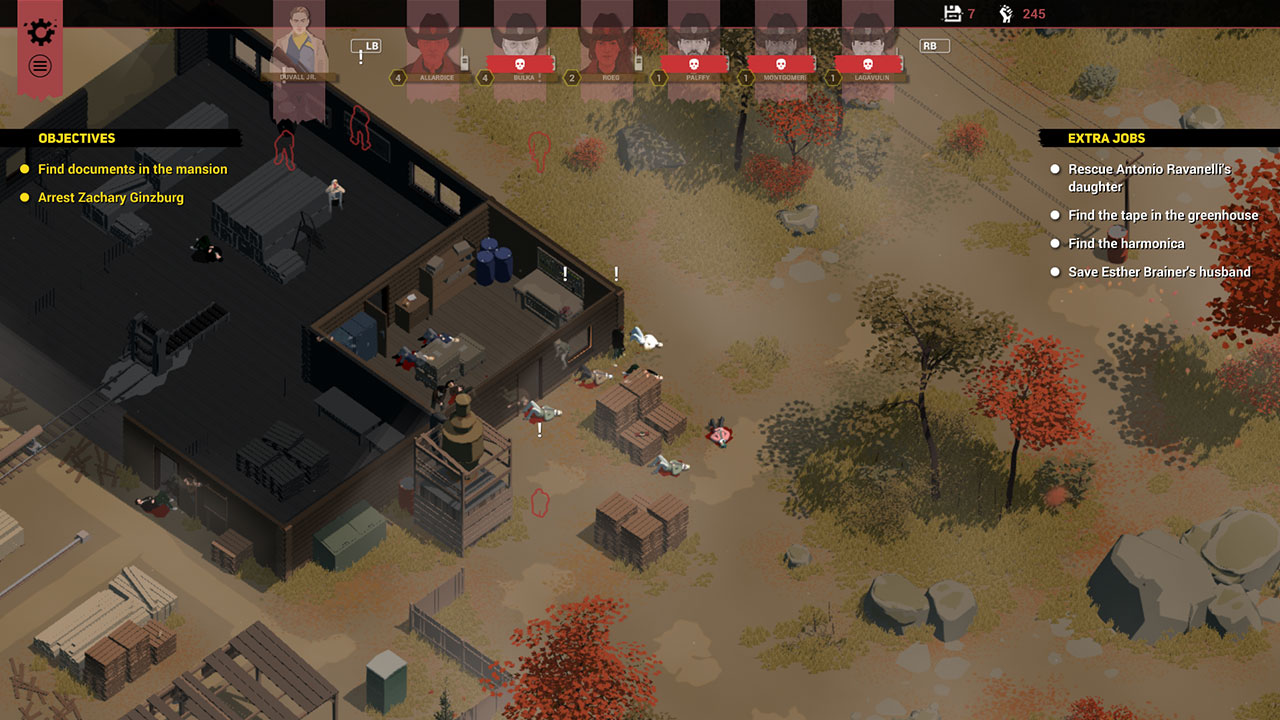 Your cops will level up as they progress through the missions, gaining access to some neat perks, adding a little role-playing element, and making you feel worse about them getting gunned down. You should probably restart, maybe you’ll make it through this time, just give it another try, for justice.

And that’s the thing, as harsh as Rebel Cops is, you kinda feel compelled to keep trying, unless your failure was caused by accidentally attempting to arrest someone you actually wanted to bludgeon, twice. Then, you want to throw things. The design of some of the controls is a bit irritating.

Rebel Cops is highly enjoyable when it comes to the more compact maps, but gets a bit drawn out and tedious when missions take place on the sandbox levels, where exploration is the emphasis.

Rebel Cops
BOTTOM LINE
Rebel Cops' indifference to your struggles is oddly compelling, so it should appeal to those that enjoy a challenge. Save wisely.
PROS
Bulka
Scavenging for jam
Challenging
CONS
No help menu
Frustrating UI issues
Finite saves
75 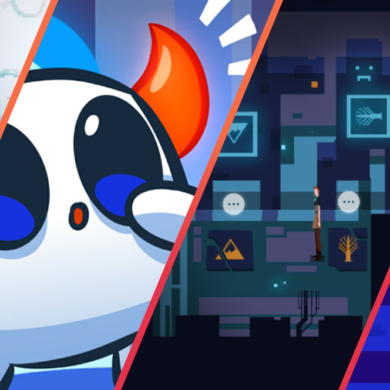