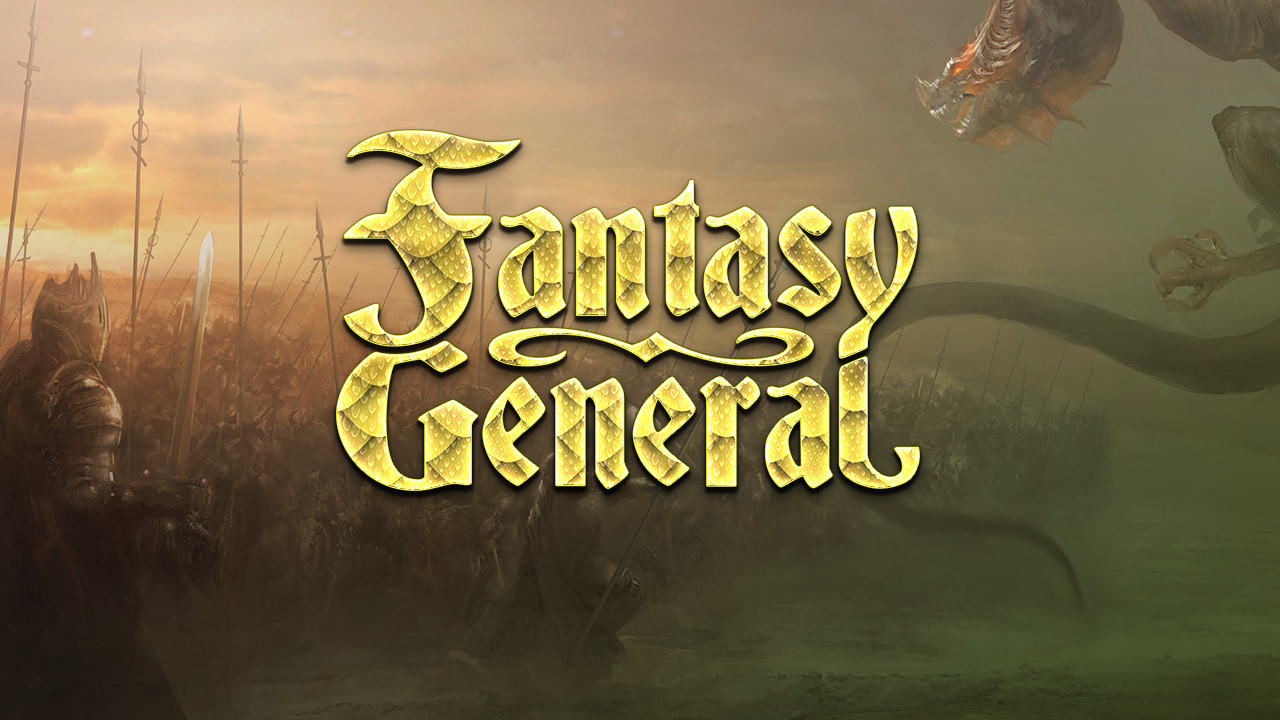 Glorious choral music (rendered surprisingly well for 1996) greets you before a narrator dumps some suitably epic exposition in your lap. Something about a lord so shadowy that they named him Shadowlord taking over the once-prosperous world of Aer, and the Council of Five searching for the one who will lead the forces of good to victory. There may have been something about rings, but I forget. Nevertheless, you now have a chance to choose a general and embark on a globe-trotting romp through Fantasy Land. The roster consists of a chivalric knight, a sorceress, an archmage, and a mercenary, each of which provide different abilities and spells and can recruit different units to your army. The character portraits are rendered as gorgeous pixellated pencil sketches, as are the portraits of the myriad units you’ll encounter throughout the game. Once you’ve chosen your Chosen One, you’re thrust onto a continent that’s just lousy with goblins and orcs to vanquish.

Battles take place on a hex grid. Rivers, mountains, and roads affect your troops’ movement, while towns and castles must be captured or liberated. Each turn-based battle has a round limit in which all enemy units must be defeated. Failing to do so results in you losing the entire game as Shadowlord crushes Aer in his iron grip. You can save before each battle, and I suggest that you do – the campaign takes place over four continents and an island. There are around 100 battles in total and losing any one of them means game over. No pressure. 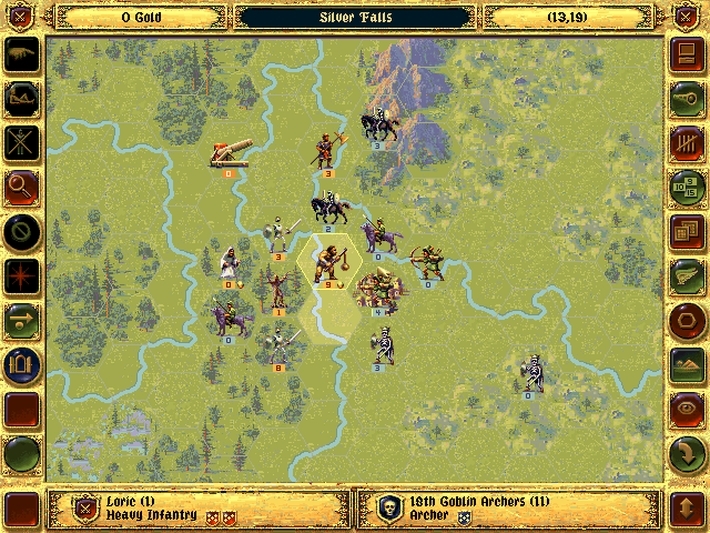 Gold earned from liberating towns and winning battles is divvied up amongst your units to provide upgrades, but must also be used to replenish lost troops and purchase more advanced units as you progress. Name a fantasy novel and there is probably a unit lifted from it. The list starts off pretty generic – humans, elves, goblins and orcs – but quickly grows to include centaurs, undead, elephantmen(?), flying monkeys, dragons, zeppelins, and much more.

The game feels and plays more like chess than similar-looking games like Heroes of Might and Magic and Sid Meier’s Civilization, and will be familiar to players of SSI’s other games in their Five Star General series, most notably Panzer General. There is a paper-scissors-rock system in place, with unit classes being strong against one type and weak against another. SSI introduces another layer of complexity to this by including four different unit categories – Mortal, Magical, Beast, and Mechanical. The careful placement of units and casting of spells will see your enemies fleeing before you but get complacent and battles can quickly turn the other way. Fantasy General is deceptively simple compared to other strategy games released in the same year, notably Command and Conquer: Red Alert and Master of Orion 2, but there is a real depth to the gameplay, which takes time and patience to master. It’s a good thing, therefore, that the game is so replayable. Besides the campaign, which includes random elements you may or may not come across like magic items and heroes, there are customisable scenarios to play through, as well as multiplayer matches.

Interestingly, Fantasy General includes a “Play-By-Mail” system, where Player One creates a game, selects their general, and makes the first move. They can then save the game to a floppy disk (it’s like an old school CD, which is like an old school flash drive) and gives or mails (like email but paperware) it to Player Two. Player Two then loads the game, enters their password – both players accounts are password-protected – and plays their turn. They then save the game, pass the save file back to Player One and the game continues. It’s certainly a novel idea and one that I haven’t encountered before. I can imagine hardcore Fantasy General players emailing these files to each other nowadays. Or maybe they just play the modern sequel instead – Fantasy General 2.

We’ve teamed up with GOG to give one NAG reader a free copy of Fantasy General PLUS the new sequel Fantasy General 2: Invasion. Simply drop a comment below and we’ll choose a random winner on Friday. 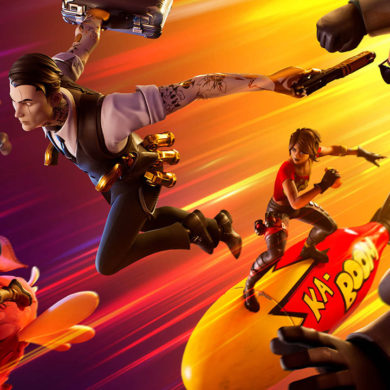