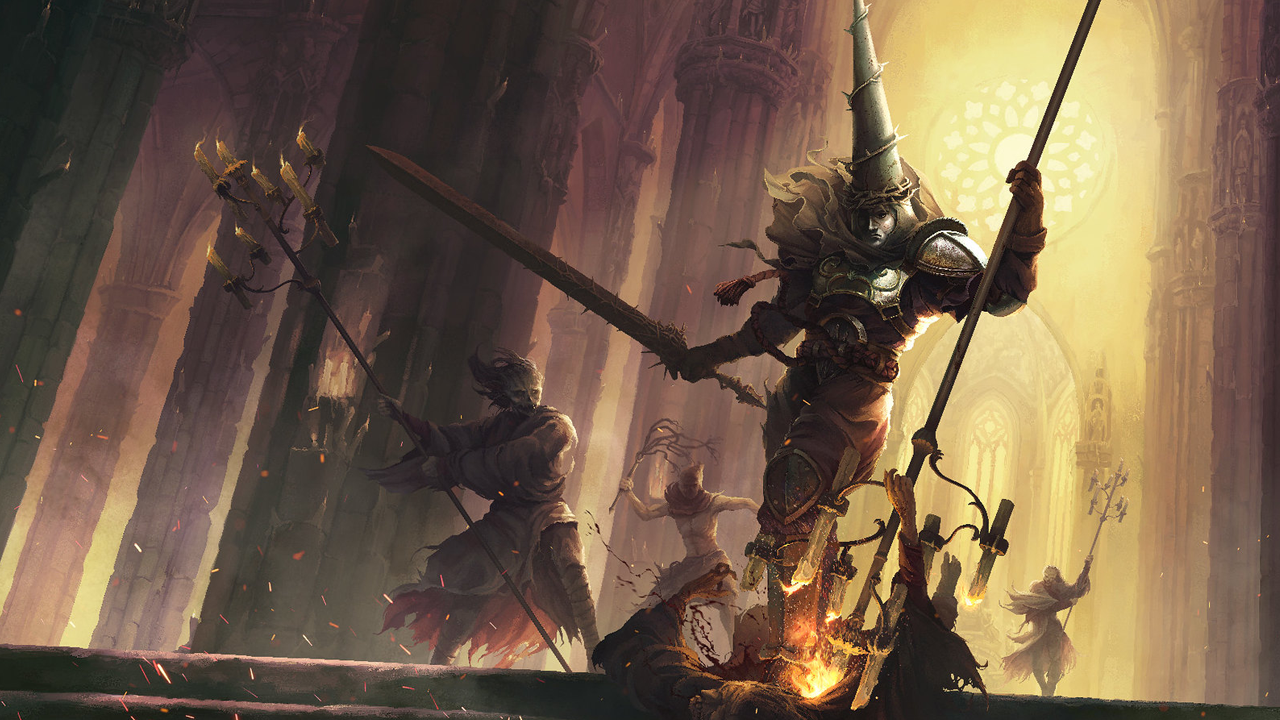 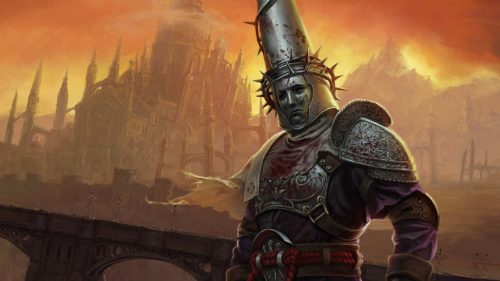 Blasphemous is a game that ends in tragedy, but not in the way you might expect. The game’s dark tone, set in a world filled with orthodox religious imagery depicting pain, torment, and guilt, is one that leads us to presume the game will end in tragedy from the get-go… but the tragedy is far worse than anything you could ever imagine.

But first, this is a game that draws a lot of inspiration from Dark Souls. It has a vague narrative filled with characters who speak in riddles, the map is interconnected and joined together through unexpected shortcuts, and the depressive world drips with haunting locales, grotesque creatures, and superb animation. However, unlike its role model, Blasphemous is a more traditional, pixel art 2D action-platformer, with faster, more brutal combat – similar to recent entries in the genre like Hollow Knight or Dead Cells.

The combat is where the real joy is at – well, the combat and the exploration (but that could just be my old environmental storytelling bias flaring up). The combat revolves around dodging, parrying and striking when the time is right, but it’s a lot more forgiving than Dark Souls, especially when it comes to parrying – and the enemy AI is also often rather simplistic and follows predetermined attack routes.. The game clearly falls within the Metroidvania genre and commits itself to many of the same trappings, such as the use of swap-in-swap-out magic abilities. 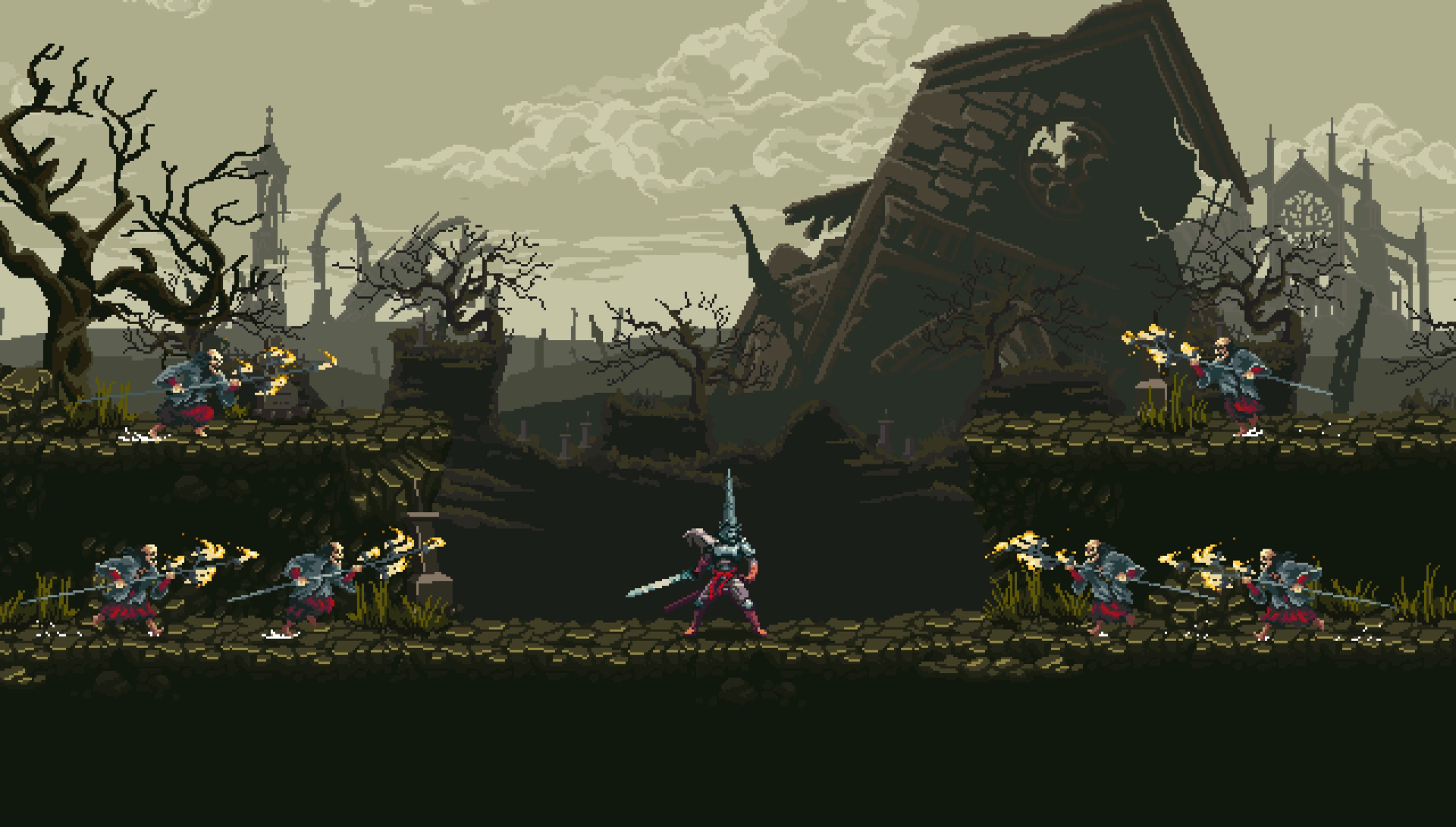 Then there’s death, and the game continues to show its love for Dark Souls by making death part of the experience. Whenever you die, you only lose the temporary progress of the distance you travelled, but you do get to keep the cash you earned . The map stays revealed and any items you find are now yours for the keeping. However, death does have a punishment aspect attached to it, and the more you die the more “guilt” you accrue (get it? Religious imagery). You also stave off death by drinking from a “biliary flask” that takes ages to drink (get it? We like Dark Souls) and whenever you save the game at a “Prie Dieu” shrine all the enemies respawn and your health flasks replenish (they even light up like the bonfires in Dark Souls… get it?! No, we’re not very subtle).

But the game truly shines when it comes to the boss battles. The enemies throughout the game are quite varied from location to location, but the bosses are also all very different from one another. One is just a big monster that stomps around, another shoots beams and fireballs all over the screen, and another forces constant movement upwards as the floor below you burns. They can become very bullet hell-oriented but they are consistently satisfying to conquer. I won’t say it again, but the bosses are almost like the bosses in that one game the developers like.

However, while the bosses are a joy and a challenge to defeat, the game’s dedication to finicky platforming can be a pain. Platforms are sometimes easy to miss and stumble off, the player character is often a bit too sluggish and clunky, and of course the game makes use of one of the cardinal sins of platforming: constant instant death pits that are too easy to fall into. Sometimes your character doesn’t quite jump far enough this time around or you don’t even see the pit and so fall to your death and become impaled on spikes! This happens… constantly. And save points are often far apart so it can become a huge annoyance rather than an aspect of increased difficulty. 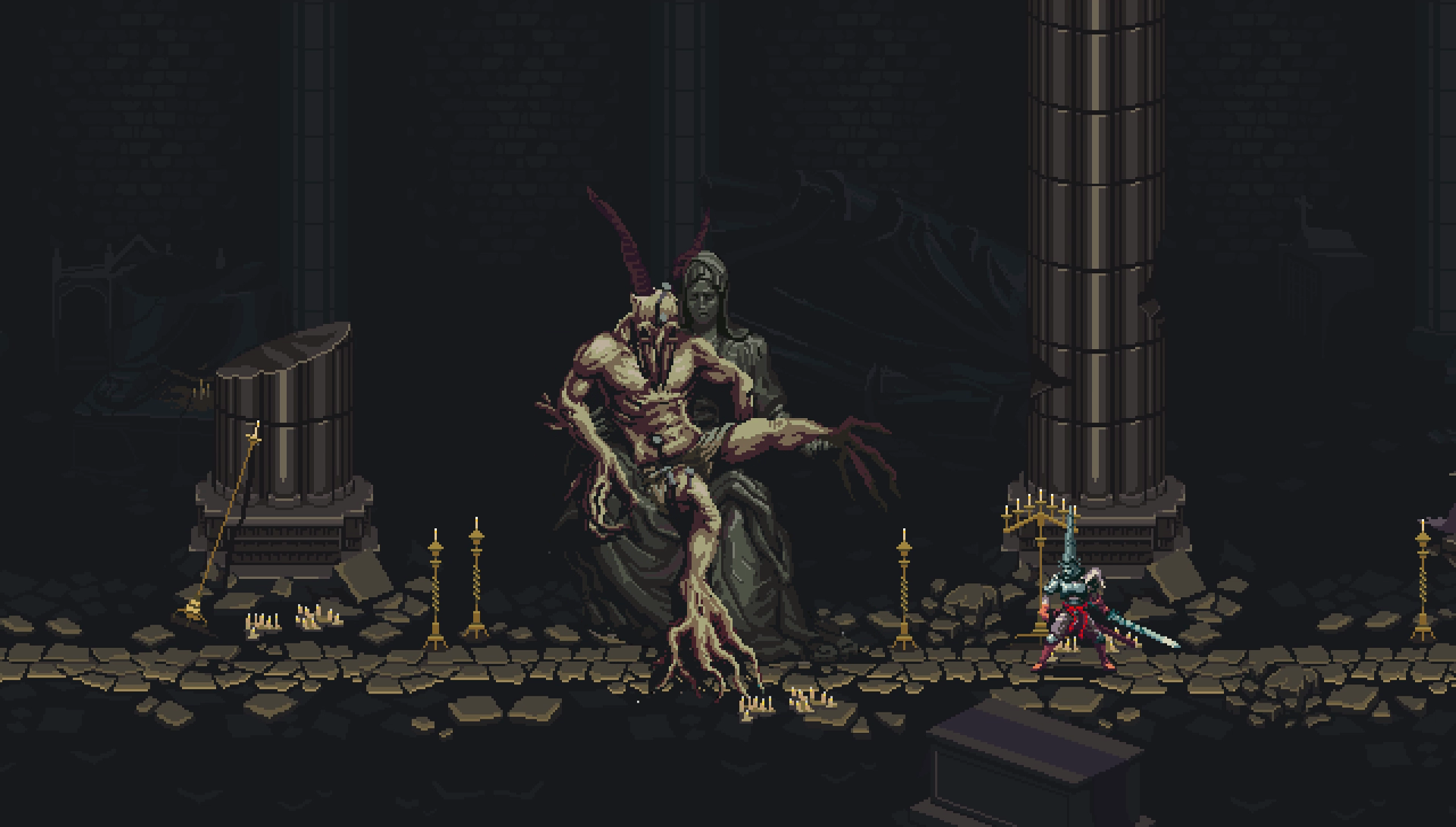 And finally, did I not say this would all end in tragedy? The game, as I have said, is a phenomenal piece of dark entertainment with some fiddly platforming, but the tragedy mentioned before concerns my personal ending to this tale of redemption. The game glitched and forced me to restart it, and when I got back to the loading screen… my save was gone. A dozen hours of progress had vanished. And so because of this I would recommend waiting for a few updates to drop, because a cursory internet search told me that a few others have experienced similar issues, and I don’t think anyone else wants to play and adore this game and then be forced to restart everything because of a glitch.

Blasphemous
BOTTOM LINE
An engaging hack-n-slash romp through an unsettling, disturbing world filled with religious iconography and finicky platforming. It has style, it has exploration, it has game-breaking bugs, but at least the path to the game-breaking bugs is a brutally fun one for those who love themselves a good Metroidvania experience.
PROS
The bosses are varied and challenging
Exploration is satisfying and there’s a lot to find
The world is packed full of lore and backstory
CONS
The platforming can be clunky and annoying
Maybe a game-breaking glitch or two
80 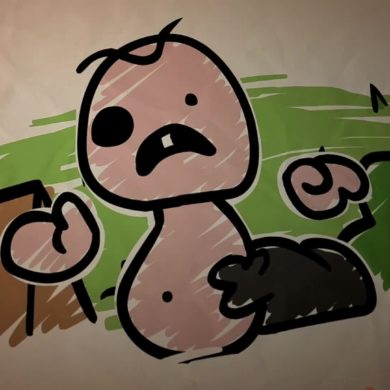