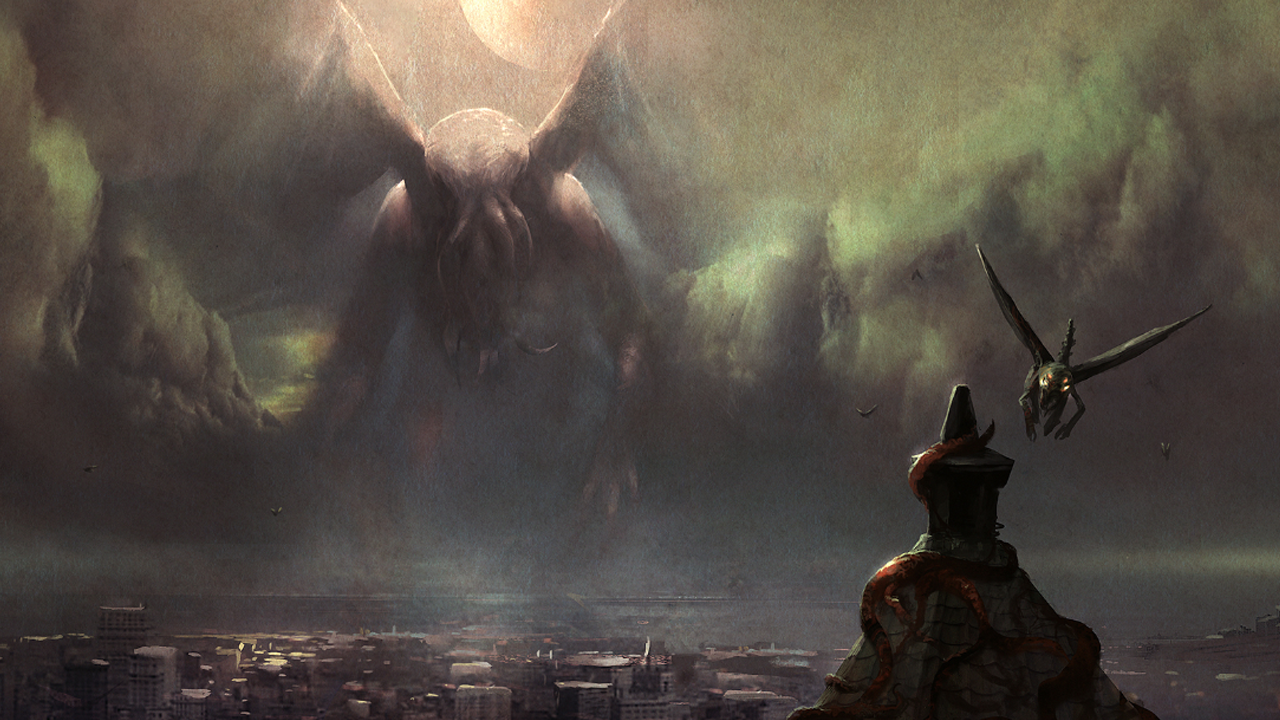 Stygian: Reign of the Old Ones review 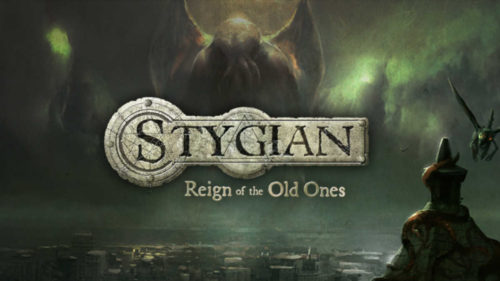 The works of HP Lovecraft have inspired a ton of games over the years, but many of them failed to capture the truly depressive nature of his writings. His stories are about alienation, isolation, and an uncaring world, but creators often use his imagery without understanding what makes them so horrifying in the context of the original narratives. Well, if you’re a fan of Lovecraft and you’ve always been disappointed by weaker adaptations of his work, this game is just for you – but for everyone else, there may be some caveats.

The game is dripping with Lovecraftian atmosphere. It has a hand-painted art style reminiscent of the old Weird Tales magazines that Lovecraft’s work was originally published in, and the music is suitably eerie and unhappy. Locations are filled with impoverished people addicted to drugs, cultists who sacrifice humans, and there’s a mafia that controls everything else. So the scene is set for a dark narrative set within an unhappy world.

In many ways, the game does manage to attain its ambitions of being a worthwhile adaptation of Lovecraft’s work. The protagonist essentially fills the role of a detective as they jump from one lead to the next in an attempt to figure out what’s going on in a town that has been pulled into another dimension by unknown forces. The narrative meanders from one questline to the next and it can be difficult to determine what to do sometimes, especially when certain parts of the game turn into an elaborate hidden object/point-and-click adventure game as you search an environment for one particular box or dialogue option that contains what you happen to need. The narrative and gameplay complement one another, and so you can forgive the game for being obtuse, hardly explaining anything at all, and featuring brutal combat, but that doesn’t necessarily mean those things are good just because they are faithful to the source material’s themes. 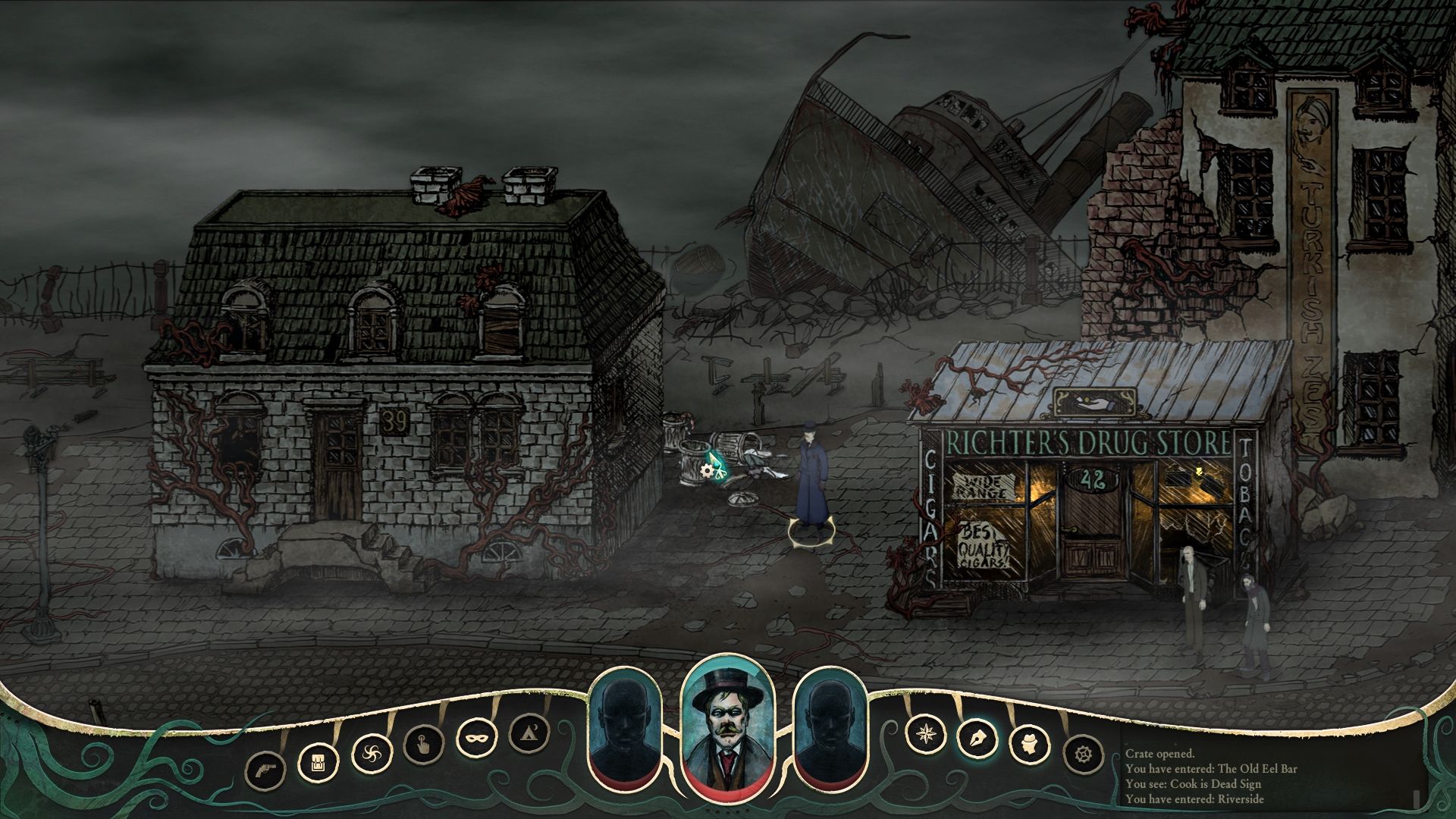 Well, now that we’ve spoken about the good (or forgivable) stuff, let’s chat about some bad stuff. The game features a comprehensive character creation system that gives you a wide range of role-playing options, and it encourages you to role-play as that role, but regardless of the role you want to choose you are constantly forced into tough combat. See the issue here? The game wants you to choose to be an academic or scientist but gives you no real way of avoiding combat outside of a stealth ability that comes at the cost of your academic skill points.

Okay, so the game isn’t particularly balanced in terms of its role-playing, but at least the combat is good, right? It’s actually pretty average. The game’s isometric camera angle leads directly into classic CRPG turn-based combat, but the enemies are insanely bullet-spongey (and ammo is scarce), everything negatively affects you (such as a built-in insanity feature that needs to be maintained if you don’t want to develop any mental disorders), it’s far too slow-paced and RNG-focused (you sometimes win or lose by complete flukes rather than any measure of skill), and it’s just straight-up boring. However, it may scratch a Darkest Dungeon itch if you’re into a game that forces negative attributes onto characters as they are repeatedly exposed to the horrors of the world. 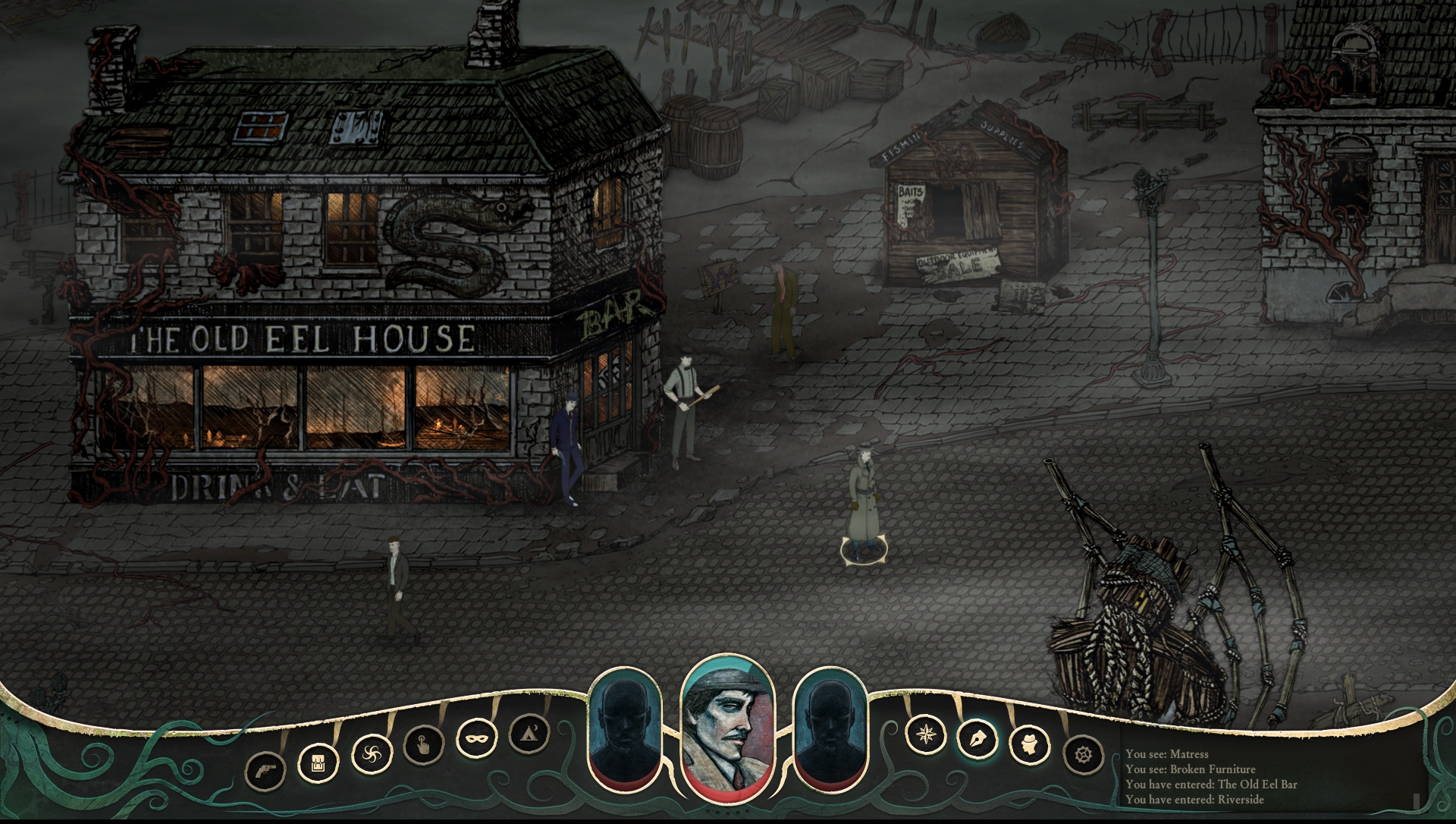 The game is at its strongest when it steers clear of combat entirely, but it keeps forcing you into these kinds of combat encounters, and because of their difficulty you can often find yourself retrying encounters multiple times. This is exacerbated by the game’s dedication to things like permadeath, because if your companions die there’s no point in continuing so you might as well save scum. The game also features no difficulty settings for those uninterested in the combat. This is ultimately the developer’s choice and they’re free to make it, especially when so many people argue over whether games should or shouldn’t have difficulty settings – but it does exclude everyone interested in Lovecraft who isn’t also interested in difficult CRPG combat.

But this stuff is subjective. You may love everything described above, but there are more objective issues too. It’s buggy. I encountered many problems such as freezing, crashing (a few of which forced me to restart my PC), issues with changing certain settings (it originally refused to let me alter my resolution), and strange respawning issues (once you defeat enemies, they’re supposed to be gone – but sometimes there’s a glitch and they reappear). The game may be a good adaptation of Lovecraft’s themes, but sadly it has about as many issues as the man behind the original stories.

Stygian: Reign of the Old Ones
BOTTOM LINE
This game is bound to be divisive, because on one hand you may hate the combat and dedication to vagueness, but on the other hand you may love a game that doesn’t want to hold your hand. Either way, it’s a disgustingly beautiful and faithful adaptation of Lovecraft’s work. So if you love his work then check this out, if not… let the buyer beware.
PROS
Gorgeously horrifying atmosphere and style
A faithful adaptation of Lovecraft’s work
The combat (if you like that kind of thing)
CONS
The combat (if you don’t like that kind of thing)
Unintuitive, clunky interface and a terrible inventory system
Quite short, and it feels like it ends too early
50 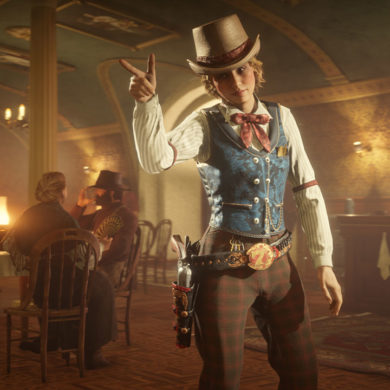