Every child is an artist, and in the perpetual battle between light and darkness, developer PixelOpus hopes to introduce a splash of colour.

Concrete Genie is a PS4 exclusive that blends open world platforming with motion-controlled sketching in a dystopian setting, like if Nathan Drake and Bob Ross got drunk together and went over to Tim Burton’s place to brainstorm video games. Set in the long-abandoned fishing port of Denska, now the playground of bullies and consumed by a very literal, suffocating darkness, Concrete Genie dares you to imagine the world not as it is, but as it could be.

You’re Ash, a lonely but creative child, whose best – and only – friends are the genies drawn in his sketchbook. Instead of going home to his mother like a good child should, Ash falls victim to Denska’s bullies who tear up his sketchbook, scattering the pages to the wind. Escaping to a nearby lighthouse presumably to post a Tik-Tok about what just happened, Ash discovers a magic paintbrush that brings paintings to life. Discovering that these paintings weaken the darkness, Ash sets about his task of bringing light back to Denska. 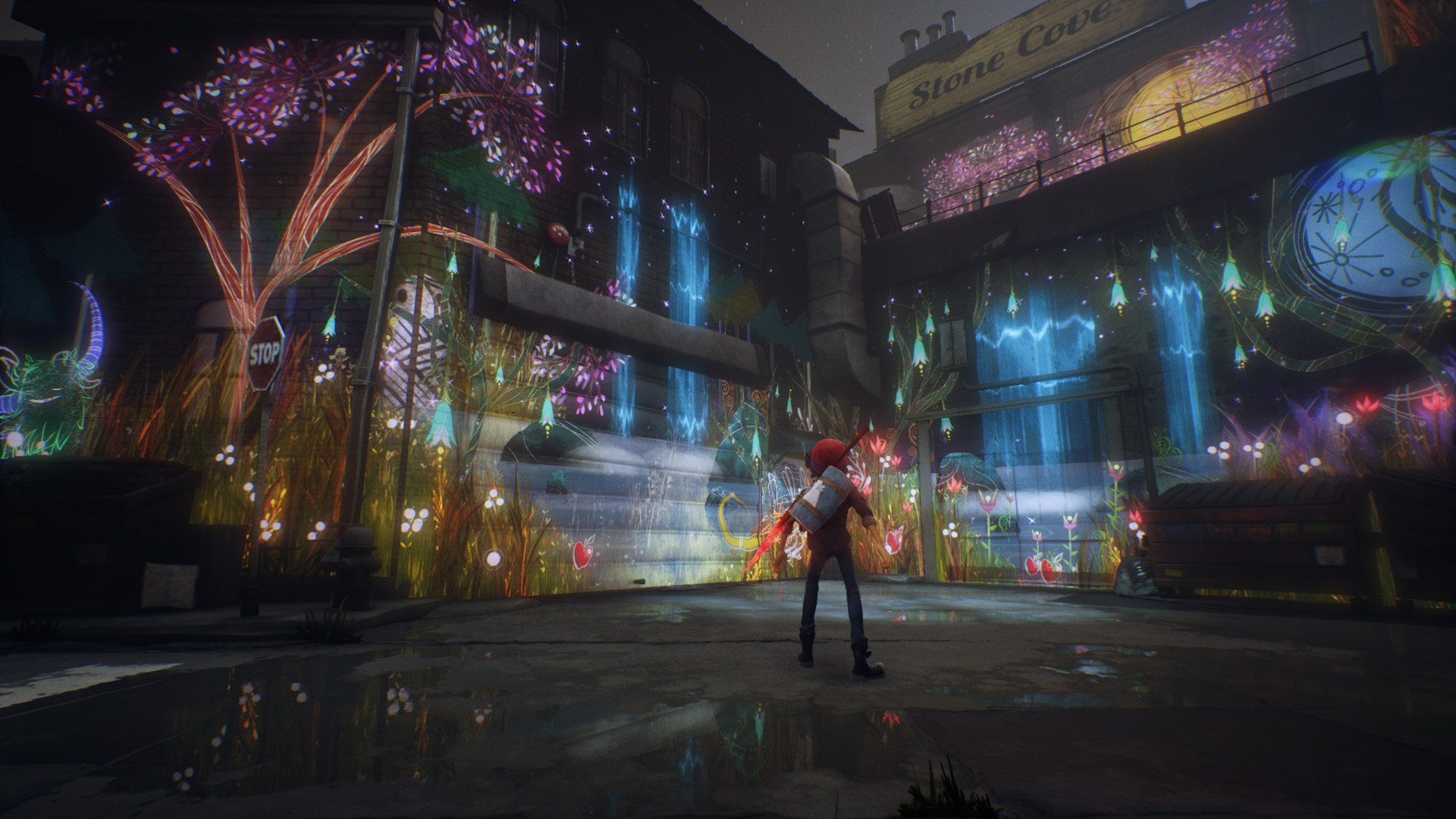 So begins the basic gameplay loop for Concrete Genie. Platform your way around Denska’s zones reclaiming your lost sketchbook pages while avoiding the bullies, then use those pages with your magic paintbrush to bring your art to life, lighting up the gloomy town. You also get a little help from your genie friends along the way! Ash painting the town red, yellow, and blue does not go unnoticed, and eventually the darkness itself attempts to fight back, corrupting Ash’s genies into dark versions of themselves. It’s then up to Ash and the bullies, each having their own story told to the player through flashbacks, to defeat the darkness and bring back the light once and for all.

If it all sounds quite fantastical, that’s because it is.

The game gently guides the player through the story, showing them where to go but not telling them what to paint, or how good or bad they are doing. What matters is the attempt. Some players might take their time crafting wondrous works of art, where others might just spam one drawing like that stamping tool in MS Paint, in order to progress. Either approach is fine, and while the game does have puzzle sections requiring specific drawings, they never get so difficult as to overwhelm the less creative (me). Progressing through the game unlocks other painting-based “abilities” that add to the satisfying if a bit simple platforming experience. 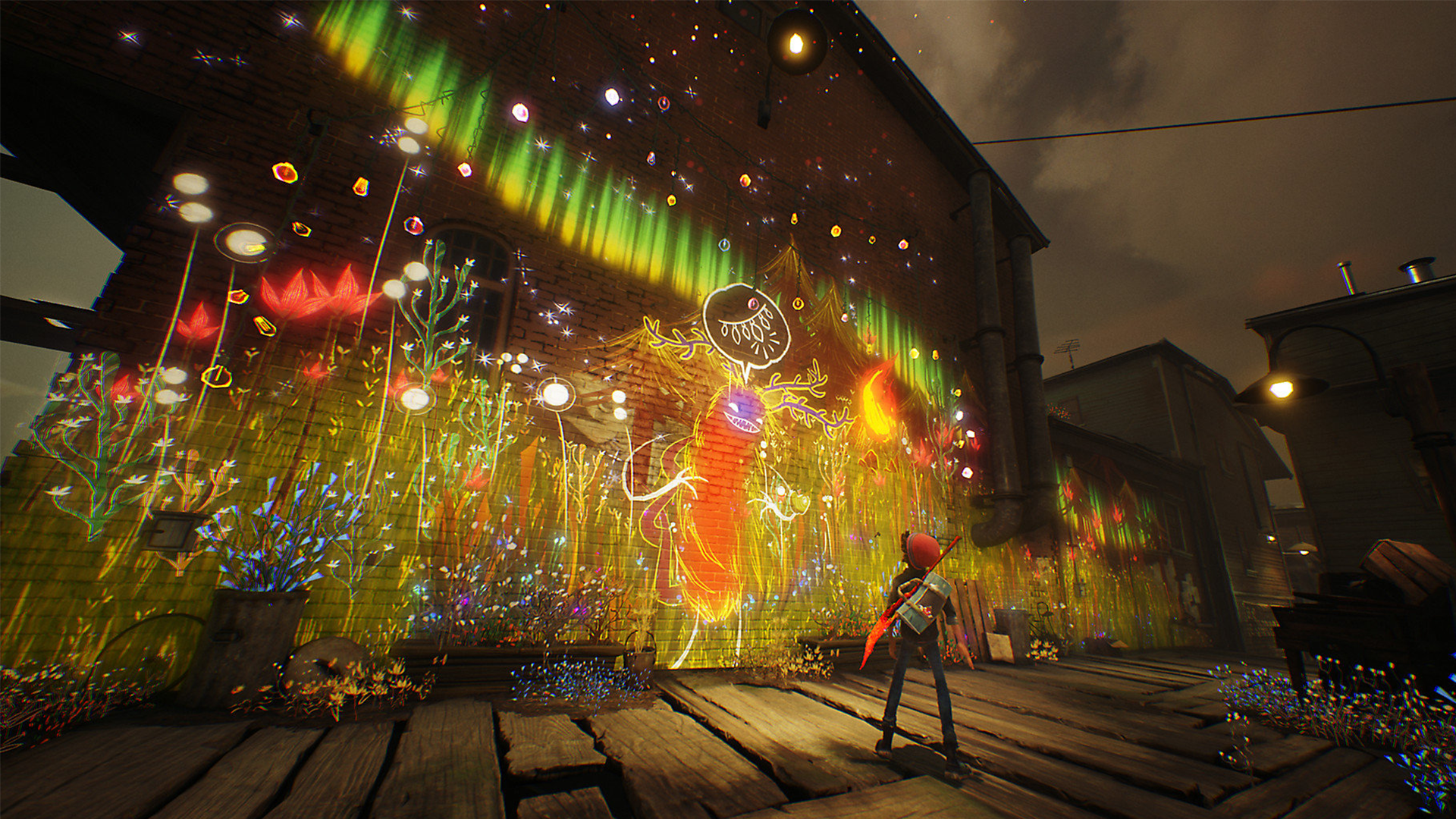 Painting is done, by default, using motion controls. As you can imagine, it starts off impossibly clumsy, but analogue support is also included for your sanity. There’s also a VR mode separate to the main story, offering up static backgrounds to paint over within the VR headspace. Looks cool? Sure! Will you try it more than once? Probably not.

Concrete Genie aims for an all-audiences experience with its themes covering the magic  and wonder of a child’s imagination as well as the very real trauma that can cause children to become bullies. It’s impossible not to feel bad for the bullies, and PixelOpus deserves acknowledgement for treating the stories of the children with respect and care.

Unfortunately, and much like a physical sketchbook, your mileage varies almost entirely based on how much you care about painting. Spamming the simplest artwork to progress through the game gets you to the finish line within six hours, and while there are some artwork-based collectibles, there isn’t much else going on to keep you playing. 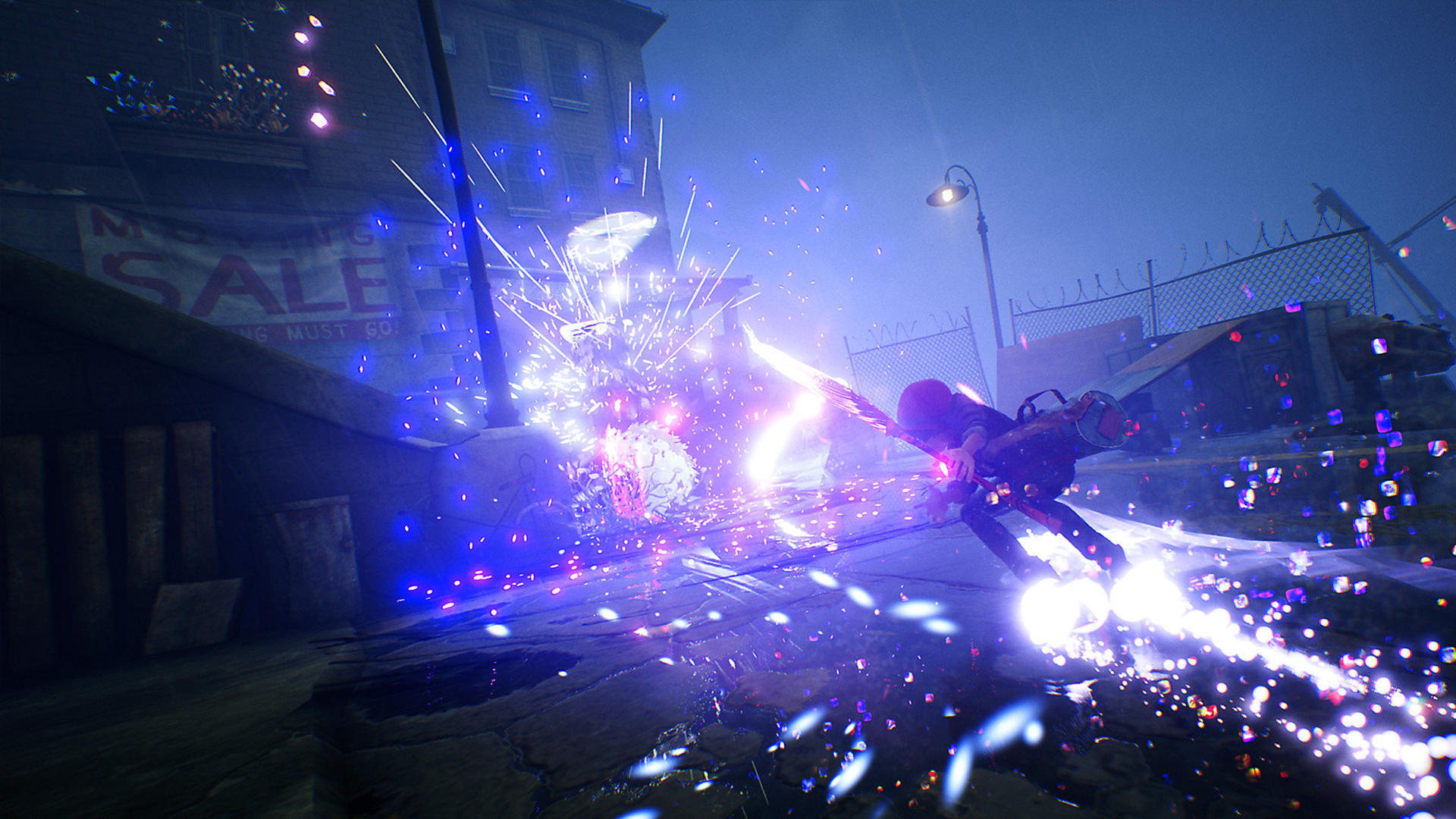 As an experiment in stylistic, colourful, art-based storytelling, Concrete Genie plays quite well. It has moments of beauty and with a captivating soundtrack and can be quite evocative at times, but it ultimately depends on your appreciation for the mind of a child – with simple, easy-to-draw pieces of art ever-so-gorgeously overlaid onto an albeit intentionally dreary world. Unless you’re looking for a lesson in how to defeat your bullies, or something simple to experience with someone who doesn’t often play games but enjoys looking at the pretty ones, there really isn’t much else to say here.

Concrete Genie
BOTTOM LINE
Concrete Genie tells the classic tale of light versus darkness from the eyes of an imaginative child, aiming to reinvigorate their troubled world through the wholesome art of citywide vandalism. An experiment in motion-controlled painting, it offers a satisfying if a bit simple gameplay loop.
PROS
Delicately deals with childhood themes
Captivating soundtrack
Visually satisfying artwork
CONS
Motion controls can be clumsy
Feels directionless at times
Visually unsatisfying characters
65 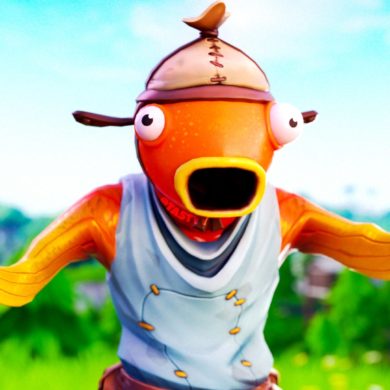 Fortnite YouTuber records self using aimbot in game, is surprised to get perma-banned