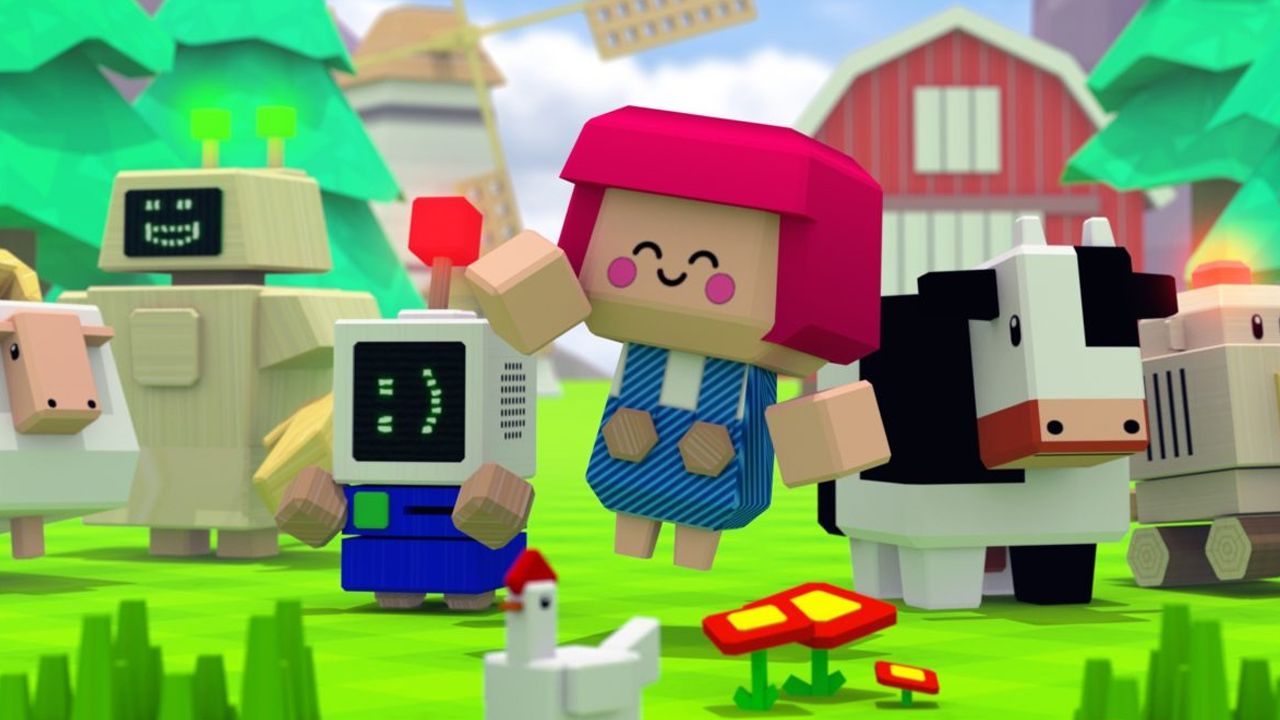 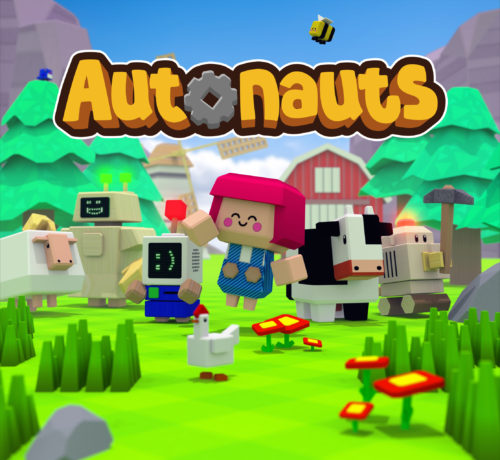 Autonauts is deceptive. With its low-poly, cubic art style and crafting, I was expecting Minecraft with robots. Then I learned how to automate robots and it seemed to morph into a game about coding. Now I’m not sure if it should be classified as a game or as a training exercise to improve efficiency in the workplace. Either way, I’m obsessed with it.

You start the game as a colonist fresh off the spaceship, ready to tame this procedurally-generated world. But that’s not important. What is important is that you need to start building bots, AKA Autonauts. The ultimate goal is to produce more colonists, which will then lounge around while you and your robot army feed, clothe, and shelter them. There are various objectives that you can view at any time which serve as a guide to what you should be focusing on next, and as someone who tends to lose interest in sandboxes, I appreciate having these.

As with most survival games, you’ll begin by combining sticks and stones into various configurations until you eventually have some bots. Bots can be programmed by setting them to record, then performing the tasks you want them to carry out yourself – you’ll see the actions start appearing in their memory. Bots have limited memory capacity, especially the early models, so you’ll need multiple bots to complete complex tasks like crafting tools. The actions can be moved around within their memory to change the order, and groups of actions can be set to repeat according to different criteria. This feels very much like rudimentary coding. The system is easy to pick up and you’ll have plenty of “eureka!” moments as you figure out more efficient ways of doing things, or as you troubleshoot issues that pop up. Once you have some colonists lying around, they’ll produce “wuv”, which you use to research more advanced tools, machinery, and bots. 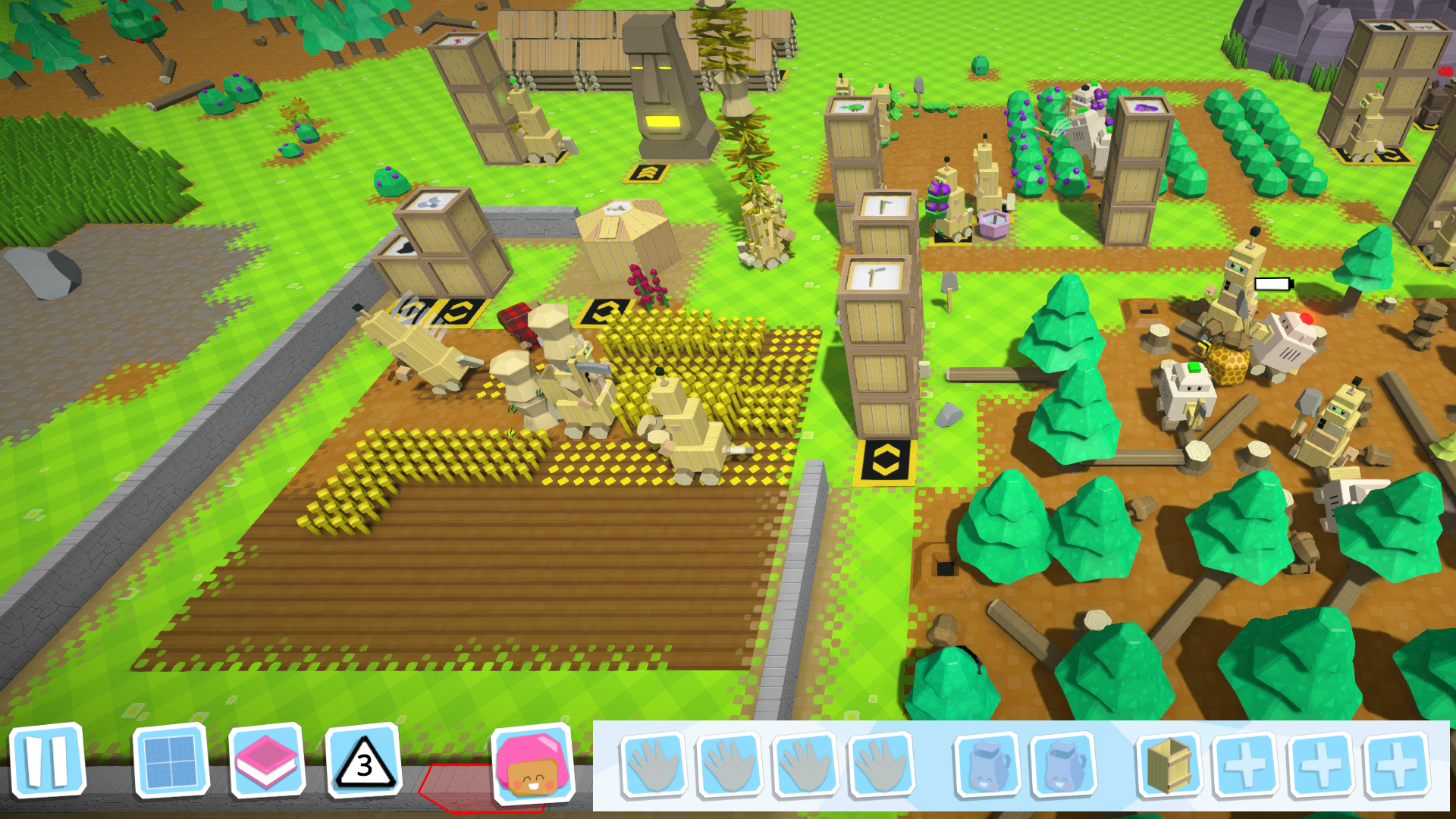 Your avatar is perfectly capable of doing everything a bot can, but this gets tedious fast. I initially approached tasks the same way I handle tasks in real life – all by myself. I automated resource gathering but took on tool manufacturing myself. Then I wanted to start farming. Obviously, something so important had to have my personal attention. Unfortunately, this meant that I couldn’t make tools fast enough to keep up with the demand and everything ground to a halt. I was forced to take a step back, analyse the situation, and then automate and delegate.

There are no game over screens in Autonauts. Your avatar isn’t going to die if you don’t eat, and your bots aren’t going to get destroyed by monsters when the sun sets. It’s a game that is both relaxing and, occasionally, frustrating. It’s easy to get lost in a new project and then look up to see that everything around you is failing. But when a process has been set up properly, there is an enormous sense of – wait, why has grain production stopped?

I have now built a bot to recharge the recharger. 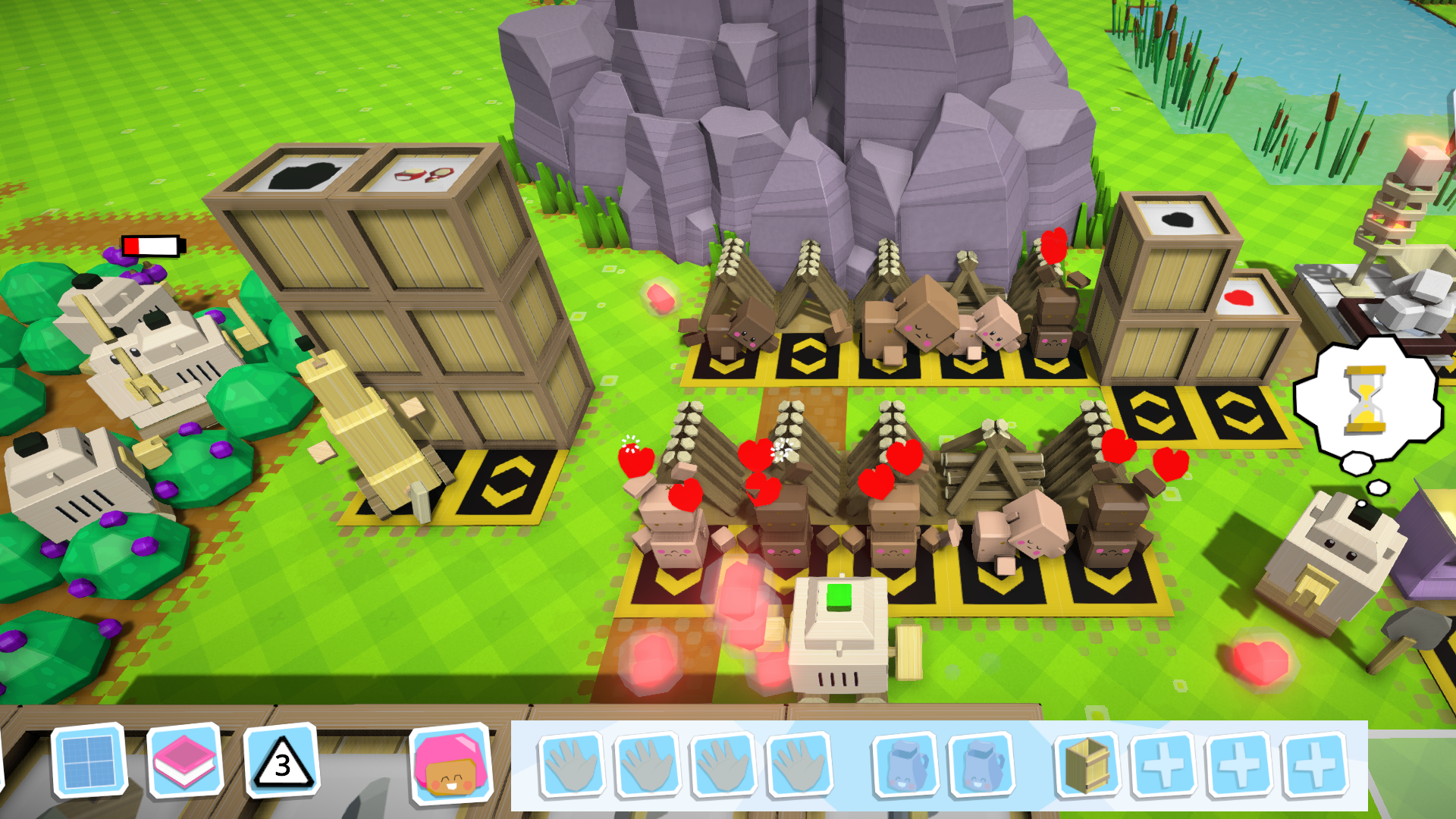 Where was I? Oh yes – there’s an enormous sense of accomplishment when you set up a process and it works as intended, which is very nearly the same feeling I got when I taught my daughter how to get an apple out the fridge and turn on Netflix by herself. One especially great moment is when you get bots to build other bots. Something tells me that this is a bad idea, but I haven’t had a robot uprising yet.

It’s rare that a game affects me in my everyday life (besides maybe contributing to my general lack of sleep, which Autonauts has done) but I found myself viewing my work projects the same way that I had been viewing my Autonauts projects. I’ve been able to find inefficiencies and fix them now, which is something I had previously struggled with.

There isn’t much handholding in the game but there is a healthy community and a wiki with guides. Developer Denki is also active within the community and has been consistent with updates since the pre-pre-pre-alpha released back in 2017.

Autonauts
BOTTOM LINE
Autonauts is a deep and rewarding experience. I can honestly say that it has improved my life in a tangible way, and I’d recommend it to anyone that enjoys these sorts of games, as well as those people’s friends, spouses, kids, parents, bosses, subordinates and co-workers.
PROS
Actually teaches you a useful skill
Easy to pick up, challenging to master
It seems like there’ll be more updates in the future
CONS
The soundtrack sounds like elevator music, so substitute it with your own or listen to a podcast
Still feels very much like an early access title, which might put some people off
87 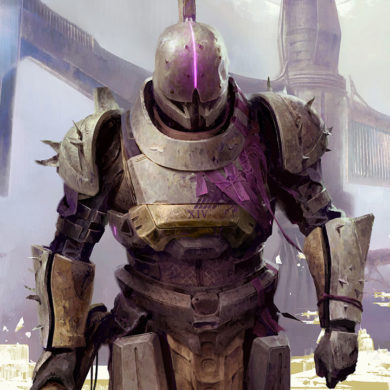 Resurrect a legendary Titan in Destiny 2 Season of Dawn