Confirming the other game that everybody else more or less expected, the studio debuted the inevitable sequel at BlizzCon this weekend, now with new heroes, new maps, and 100% extra added co-op modes.

Overwatch 2’s big feature is PVE for up to four players, including “missions that challenge them to team up, power up, and stand together against an overwhelming outbreak of threats around the globe” – think Left 4 Dead, but with robots instead of zombies.

With Overwatch 2, we’re building the cooperative, narrative-driven game experience that players have been asking for since the original—and that we’ve wanted to make for a long time. We’re looking forward to telling the next chapter of this epic story in-game, and we’re excited to give players a whole-new kind of co-op experience built around progressing and customizing their favorite heroes—all while providing even more of everything they love about Overwatch today.

What everybody didn’t expect, perhaps, is that although PVE is exclusive to Overwatch 2, all PVP game content will be available to Overwatch players, and multiplayer supports matchmaking between them. Besides the original game’s Control and Payload modes, Overwatch 2 introduces a new Push mode, in which players “compete to make a robot (that happens to be pretty good at pushing things) push the map’s objective to their opponent’s side”. 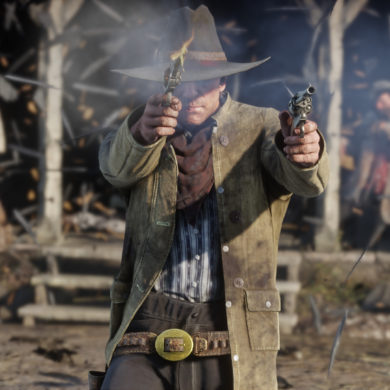 Rockstar is banning Red Dead Online players who use mods, so now you know