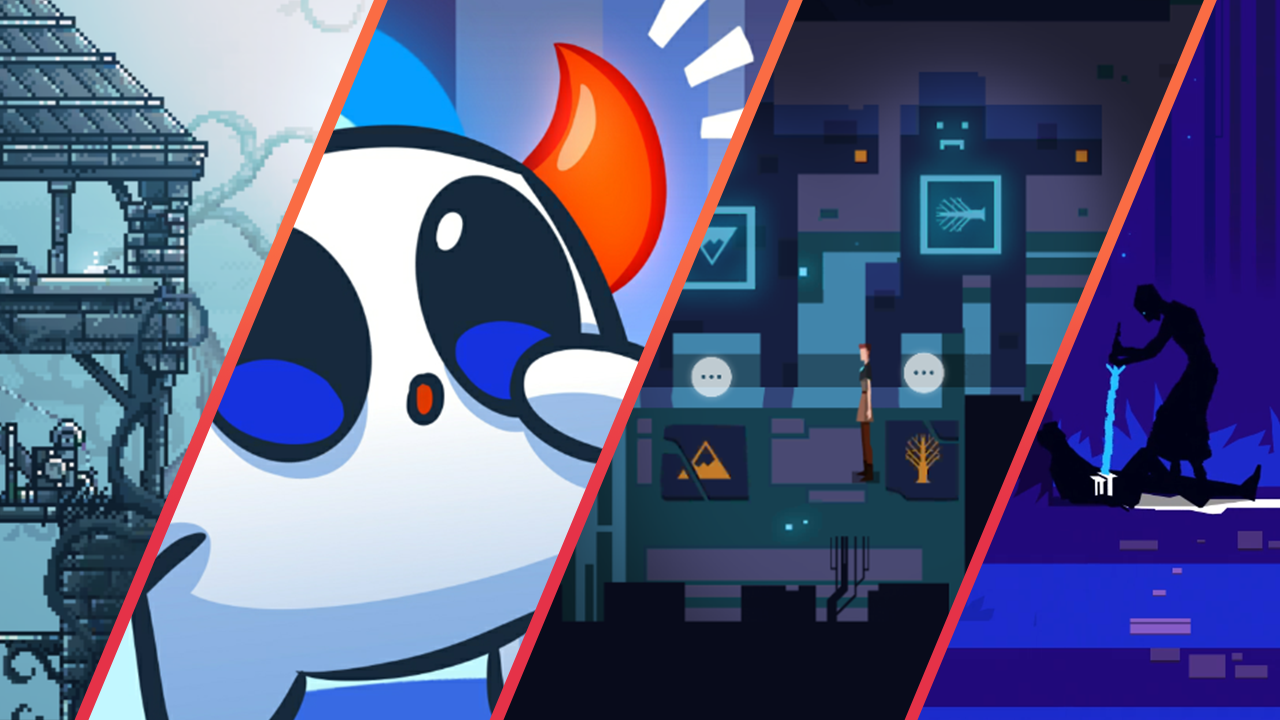 The Apple Arcade subscription service released a few months ago, and there certainly are a ton of games on the platform – but just how many of them are actually worth your time? Let’s find out.

In the interests of fairness to the mobile market, I’ve played each of these games using the touchpad without an external controller. Many Apple Arcade games include controller support, but if you’re like me you probably don’t carry a controller everywhere you go. 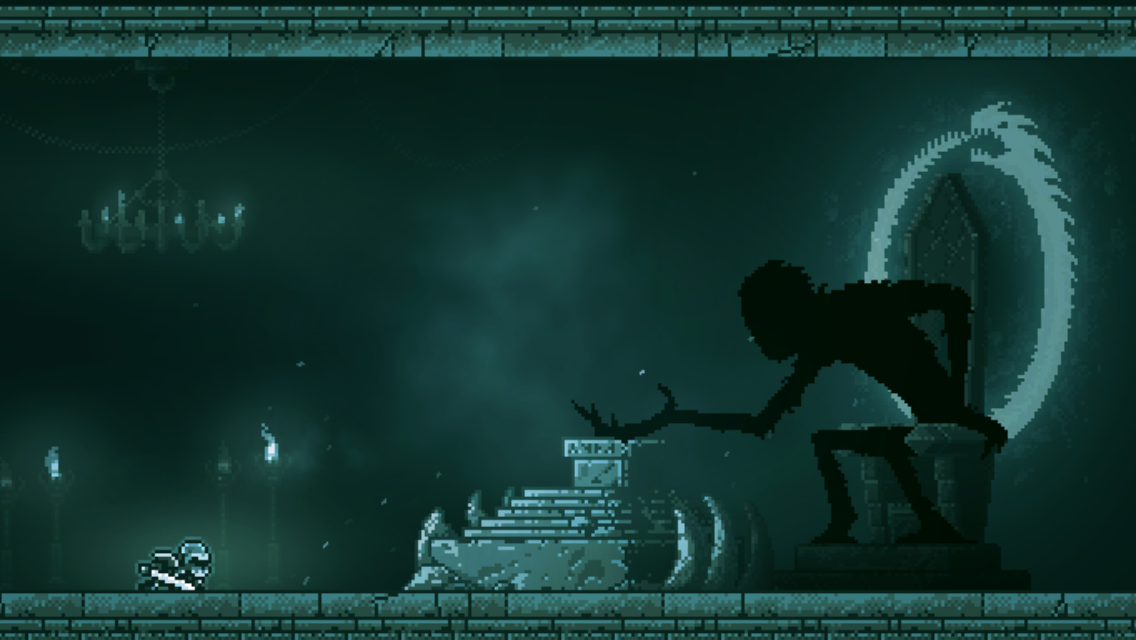 This dark little pixel art platformer tells a mostly allegorical tale, like most dark indie platformers, about the usual themes of depression, loneliness, and mental illness. It’s your standard fare from that perspective, but that doesn’t mean this game should be discounted and thrown aside. The game uses that bog-standard formula to present a game that’s quite different to many games in a similar genre.

The game is, at its core, a metroidvania platformer, but the way in which you play changes depending on which character you play as, and shifts focus from one to the next as the narrative necessitates. One is your standard platformer character who can jump and climb and can’t touch enemies without dying, another is a more action-heavy knight character who can’t jump and is instead focused on simplistic fighting mechanics, and the last character is essentially a “weaker” platformer character – can’t jump as high, can’t move as fast, but is more story-focused in her presentation.

The game makes use of environmental puzzles in a similar way to the indie classic Limbo. You need to work out how to make your way through the environment with various puzzles, but the metroidvania design also means you’ll be uncovering more of the map, and doing more backtracking, as you progress. There’s also collectibles to uncover, if you’re into that.

The biggest issue with the game is in the controls. The touchpad can be unresponsive at times, and this becomes a problem during speedier sequences where you need to escape an enemy. You’ll swipe up and nothing happens, and then you’re dead. It’s annoying but manageable, and if you can handle something like that then you should find it enjoyable. If you can’t handle the touchpad controls, it does have full controller support. 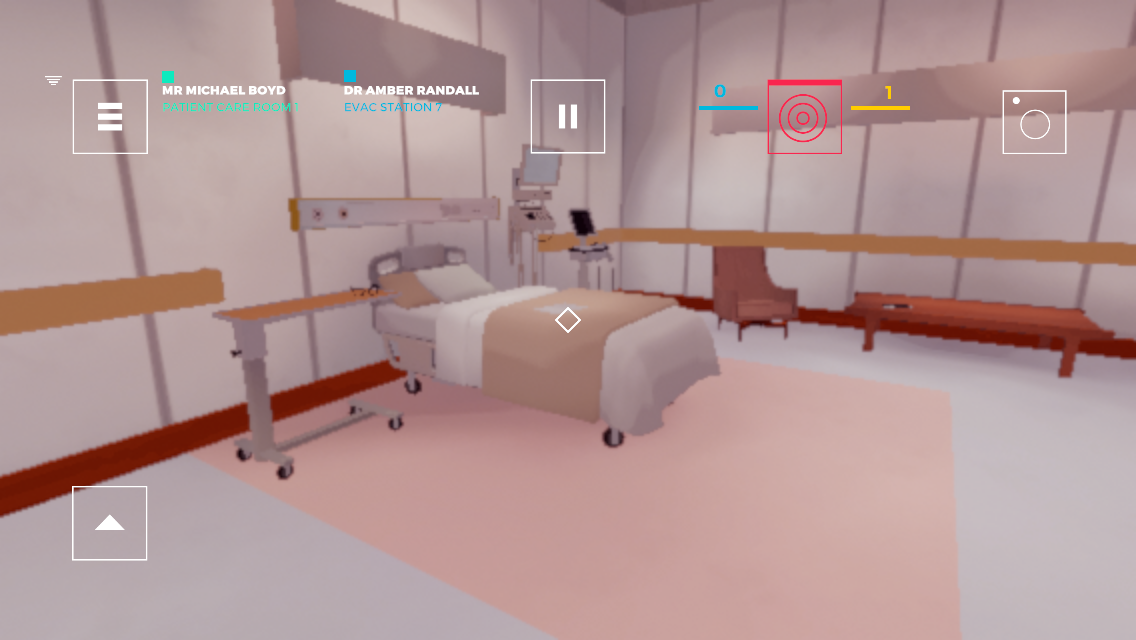 Do you like Portal? If you do, and you’re fine with playing a game that’s essentially a budget version of Valve’s masterpiece, then The Bradwell Conspiracy may be just for you. The developers clearly adored Portal because this game also has corporate jokes, automated robotic narration with very little regard for human life, and a celebrity doing voice over (this time around its Jonathan Ross; the devs probably couldn’t get themselves Stephen Merchant and J.K. Simmons, but Ross is still great).

The game is a first-person puzzle game in which, like Portal, you get a gun that doesn’t kill people, but instead of creating portals it constructs, in an instantaneous 3D printing kind of way, various objects from the environment, such as planks, statuettes, or pipes. These objects are then used to solve puzzles while you walk around and listen to the constant jokes your “friend” drops over the radio (often missing the landing). But there’s a sincerity to it that keeps you pushing forward.

So if you want a glorified walking simulator with a few puzzles thrown in then check it out. It also has a narrative involving a conspiracy within the mysterious Bradwell Institute (hence the name) that some may enjoy. It’s no Portal, but as a mobile game you can certainly do a lot worse. Many mobile games focus on the mechanical side of games, but sometimes a good narrative is just the thing you need while waiting in a particularly long queue. 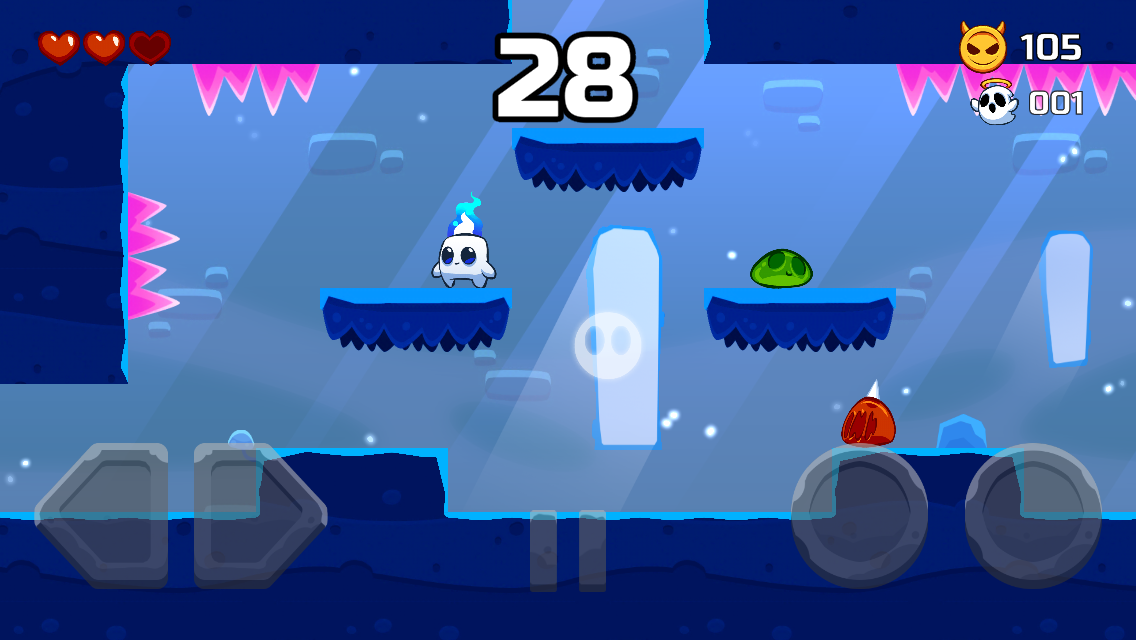 Want a game with an adorable art style, a little creature wearing devil horns, and a descent into hell that is very unlike the classic poem by Dante Alighieri? Well Jumper Jon may be just the thing for you then! It’s a very simplistic metroidvania game, in which you jump on the heads of enemies à la Mario, spin attack them à la Sonic, and only have a limited time between checkpoints à la Minit (except that you have 30 seconds rather than a minute).

The general idea is that you only get 30 seconds to reach each checkpoint before you suffer an adorable little death. The checkpoints aren’t far apart, and it does force you to move quickly so there’s a good bit of challenge there. Although the devs are planning on putting out an update that will remove the timer if you want it gone (but at time of writing this has not come to pass), but I’d recommend keeping the timer in. It really adds to that more stressful “I need to hurry” mentality.

The game features a delightful little world, complete with voiceless cutscenes that advance what could be termed a “plot”, and occasionally you get to fight a boss with extremely telegraphed attacks that tend to revolve around waiting till they’ve tired themselves out and then stomping on them. None of this is revolutionary in any way whatsoever, but that doesn’t stop it from being a great little game and a phenomenal time waster. The only real problem with it is that only chapter one is out so far, and that chapter didn’t take long to finish. So maybe give this game, which is essentially a demo at this point, a quick playthrough and see if you wanna stick around to see what more they have to show in the future. 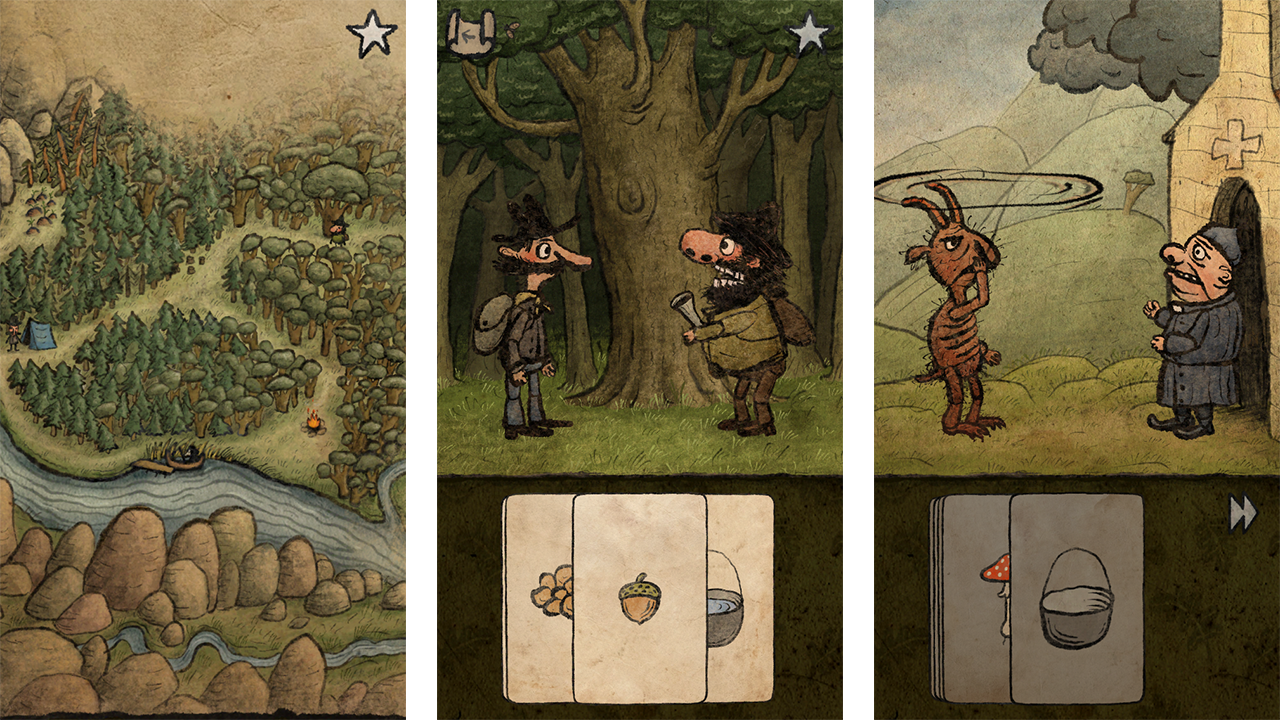 This game is, in essence, a replayable point-and-click adventure game. Well, without the actual pointing and clicking of course. You just kinda touch the screen. Anyway, the game has a cute hand-painted aesthetic and it can only be played in portrait mode. So the game is perfect for one-handed play, such as when standing in a queue. It also isn’t taxing and never forces you to react quickly to anything whatsoever.

The idea is that you’re a pilgrim of some sort who needs to get on a boat that’ll lead you… somewhere. The ferryman won’t take you unless you find him a bird, and this sets you off on a journey that will have you appease as many people as possible so that you can catch this random, elusive bird. The bird appears whenever you do something major in the plot, but you have to do three major things to get a hold of the bird. So that means that you’ll be running around the small map trying to figure out what to do so that the damn bird can show up.

The game is set out as a series of cards that you can acquire and then use. So, for instance, you go to a place and find a worm, this worm becomes a card that you can use as if it’s an inventory item, then you go and find a guy who’s holding a fishing rod, and you have to cheer him up so he’ll give you the rod, once you have the rod you attach the fish and go fishing, you then cook the fish so you can trade it for a bottle of booze – you get the picture! You have to do things to find more things and there are multiple ways to find those things and to solve the puzzles attached to them.

The game doesn’t take all that long to finish and so it’s a good little time waster while you stand in a queue or try to ignore someone who’s speaking to you. It won’t necessarily wow anyone, but it’s a good bit of fun and worth a quick playthrough.

ATONE: HEART OF THE ELDER TREE 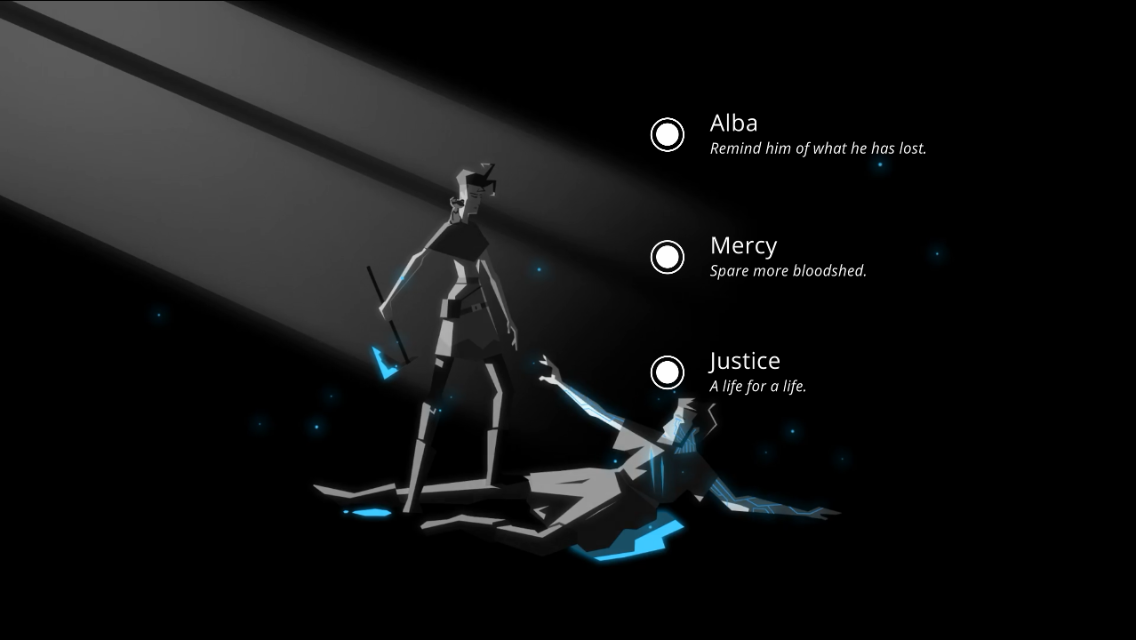 Outside the most recent God of War, Norse mythology hasn’t been explored all that often in games, and so finding one that has a dedication to it is refreshing. ATONE is set within that mythology and it follows the story of a young girl who’s attempting to follow in the footsteps of her father to discover the cause of a mysterious corruption plaguing her people. It’s set in a world that the gods left behind, and it’s also a world filled with optional text you can read to learn all about Norse belief if you so desire.

However, the game does then shift into two distinct gameplay differences. You see, most of the time you’re wandering around, solving the occasional (generally easy) puzzle, and exploring the environment. But then sometimes you get thrown into combat. The combat is rhythm-based and can be occasionally unresponsive on the touchscreen – but when it works it feels great. So you essentially go from wandering around to playing Guitar Hero: Valhalla Edition.

The game is absolutely gorgeous, with an angular, geometric art style that’s used to great effect in fully voiced cutscenes to help flesh out the myth-heavy narrative. So if you’re up for a great, gorgeous game that you can really sink your teeth into (the playtime sits at around six hours, which isn’t particularly long but also not particularly short) then check it out. 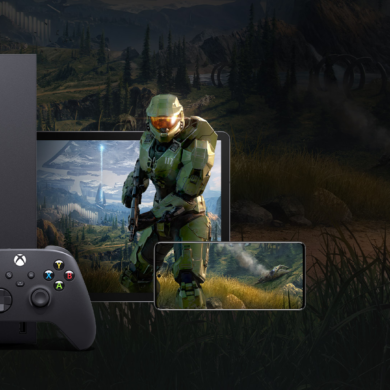 No xCloud, no problem – you can now stream games from your Xbox to your Android mobile device