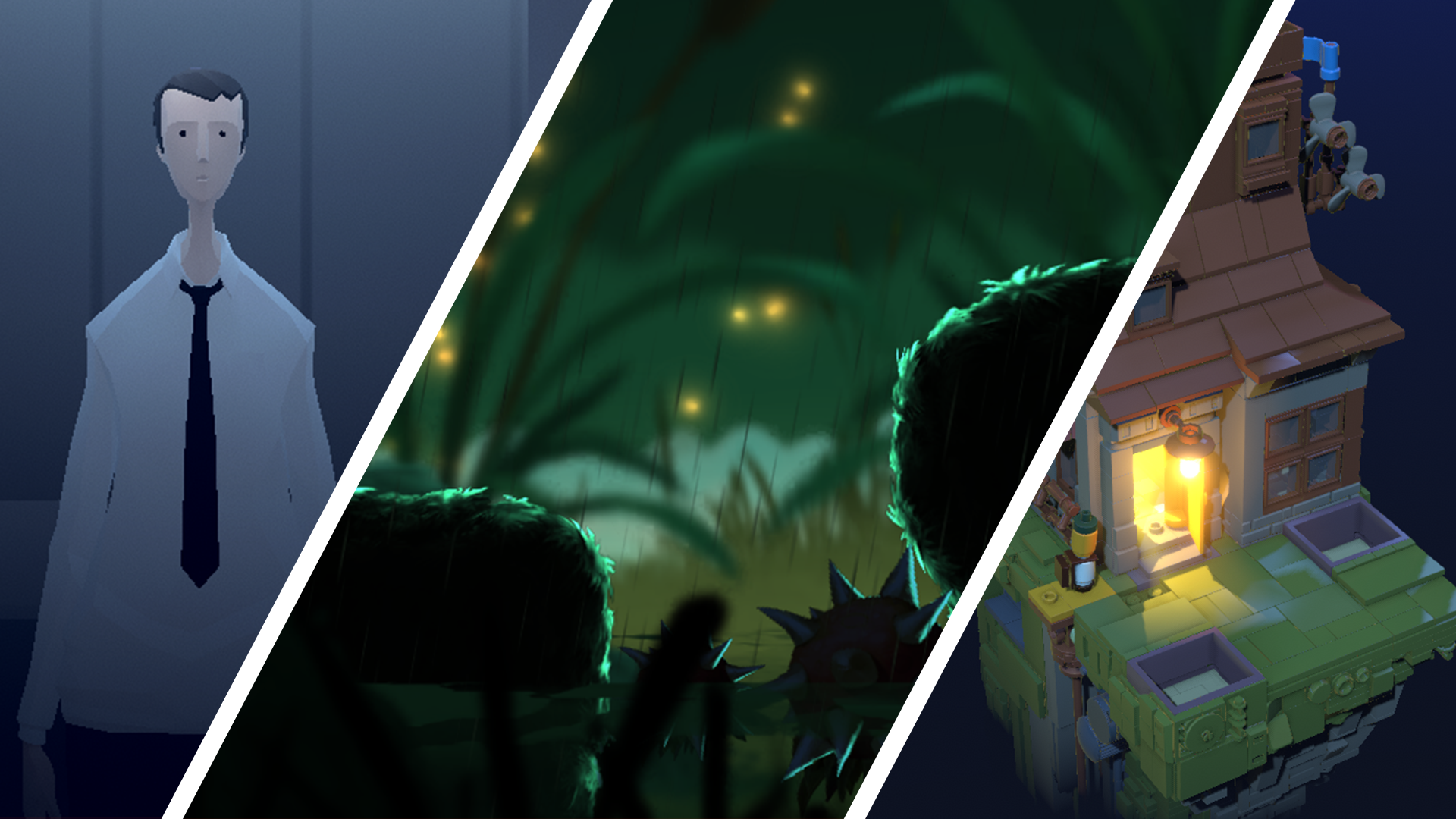 The Apple Arcade subscription service released a few months ago with tons of games, and in November we looked at a few of the games that were worth playing – but are there any more that are actually worth your time? Let’s find out.

It’s worth keeping the same disclaimer in mind again – in the interests of fairness to the mobile market, I’ve played each of these games using the touchpad without an external controller. Many Apple Arcade games include controller support, but if you’re like me you probably don’t carry a controller everywhere you go. 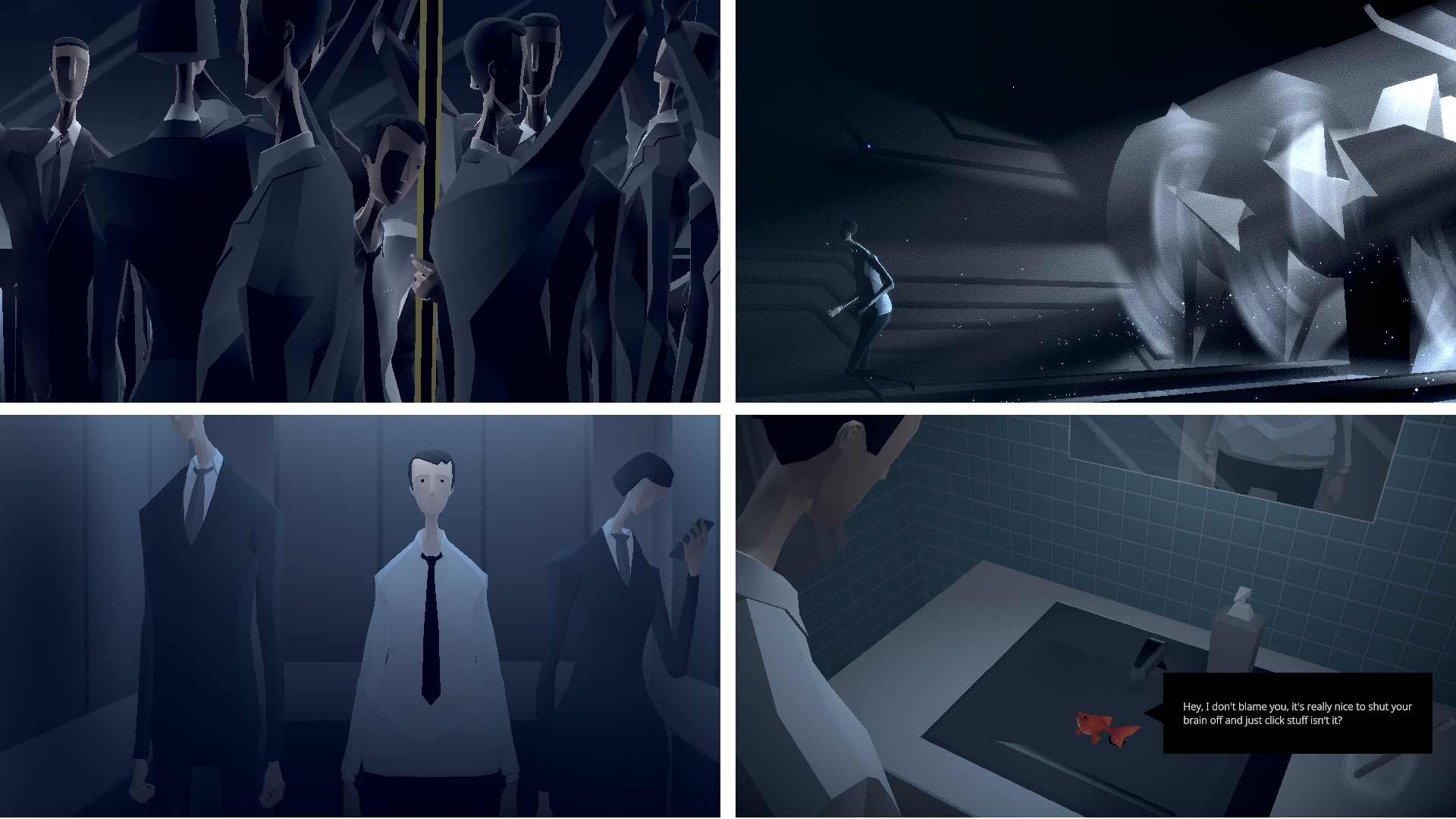 Continuing the tradition of depressing indie games with uplifting messages, we present you with Mosaic. This game isn’t all that much a “game” in the usual sense and is more a walking simulator in the style of What Remains of Edith Finch in that the gameplay is constantly aesthetically changing, but never to the point of truly gamifying anything. Essentially, the game just presents different ways of walking through an experience.

The game follows an unnamed man who has to go through the motions every day. He gets up, turns off his alarm, plays a pointless game on his phone, scrolls through a caricature of Tinder, checks his empty bank balance, and gets ready for work. It’s a monotonous daily slog that forces you to repeat the events of each day over and over, including a daily dose of dreary work (which is depicted as a simplistic tower building mini-game) until there’s eventually a metaphoric conclusion (because these indie games generally deal exclusively in metaphor to convey their themes).

The game itself isn’t what you’d generally deem “fun”. It certainly is pretty, with a stylised art style, a carefully guided camera, and a whole lot of surreal imagery (a lot of which includes a mysterious goldfish… as I said, it uses a lot of metaphor), and so if you’re looking for an entertaining gameplay experience then this one isn’t for you. It’s for pretentious narrative nerds like myself. So if you don’t want what is essentially a walking simulator that deals with themes like capitalism, consumerism, corporate culture, depression, and repetition, then don’t play it. Try one of the other recommended games instead! 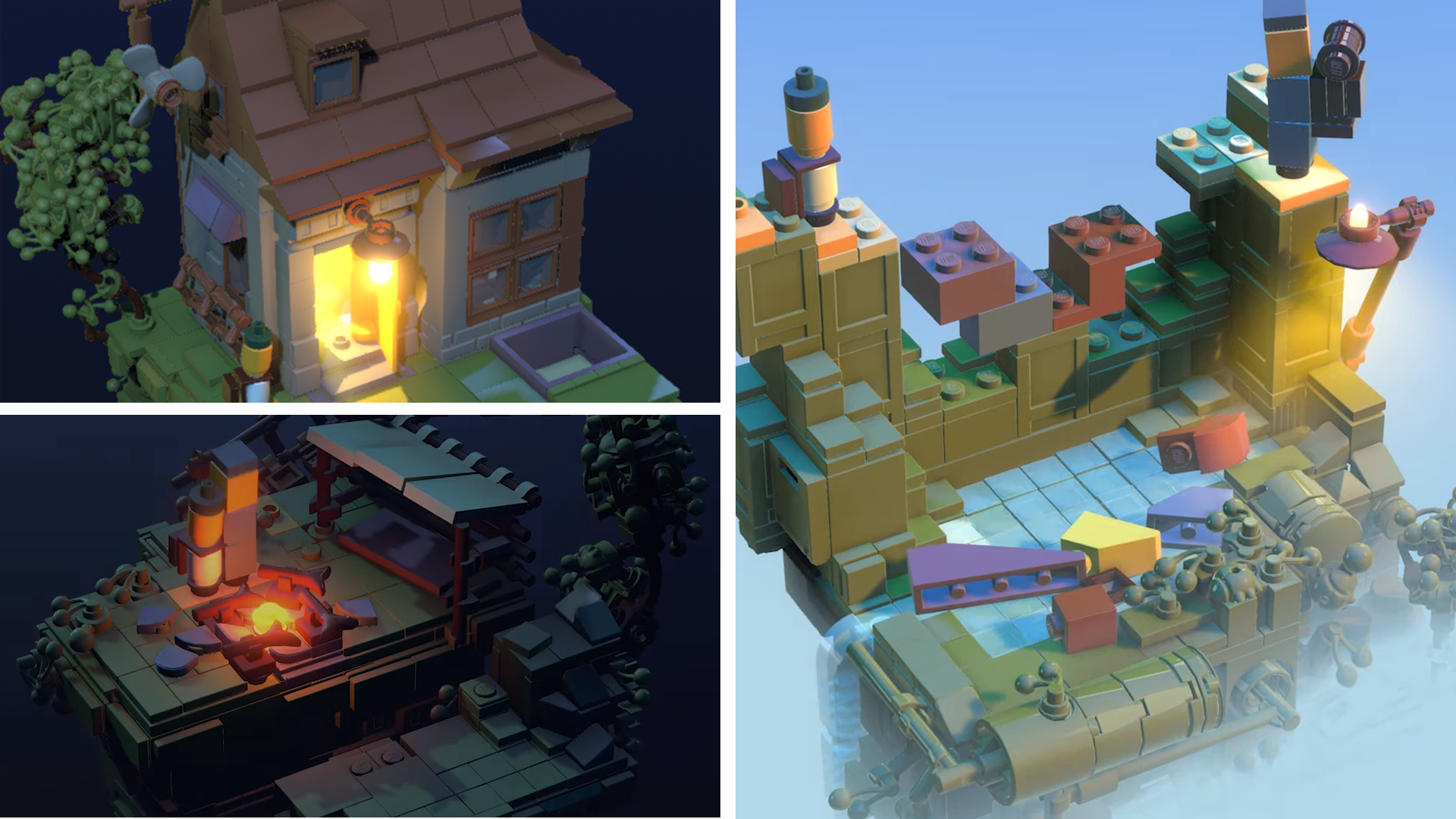 LEGO has released a game and it’s quite unlike the usual LEGO games out there. It isn’t an adaptation of a famous brand like Star Wars or Lord of the Rings, and instead it’s simply a game in which you move LEGO pieces around and try to solve a puzzle. The puzzles themselves aren’t particularly difficult, in keeping with LEGO’s usual video game philosophy, but it’s still delightful.

In the game, you’re tasked with finishing a series of puzzles that involve getting a little LEGO man from one side of the environment to the other. You do this by placing LEGO pieces to get over hazards such as water or chasms, sometimes you create slides for your little LEGO man to glide over, or you might have to colour-match LEGO studs to progress to the next stage.

The whole process of solving puzzles is very soothing and relaxing. It becomes something of a zen experience. The short structure of the levels themselves, the calming tunes, and the simple wordless narrative of these LEGO people living their lives makes for some great, drop-in, drop-out gameplay. In addition, the loading is pretty much instant and you can pop in to play a quick level or two while waiting in a queue quite easily.

This isn’t a game for those looking for a difficult puzzle game, although some of the levels can give you a few minutes pause, but for the most part they’re quite quick and easy. Builder’s Journey is ultimately a great little thing and a good way to pass some time. 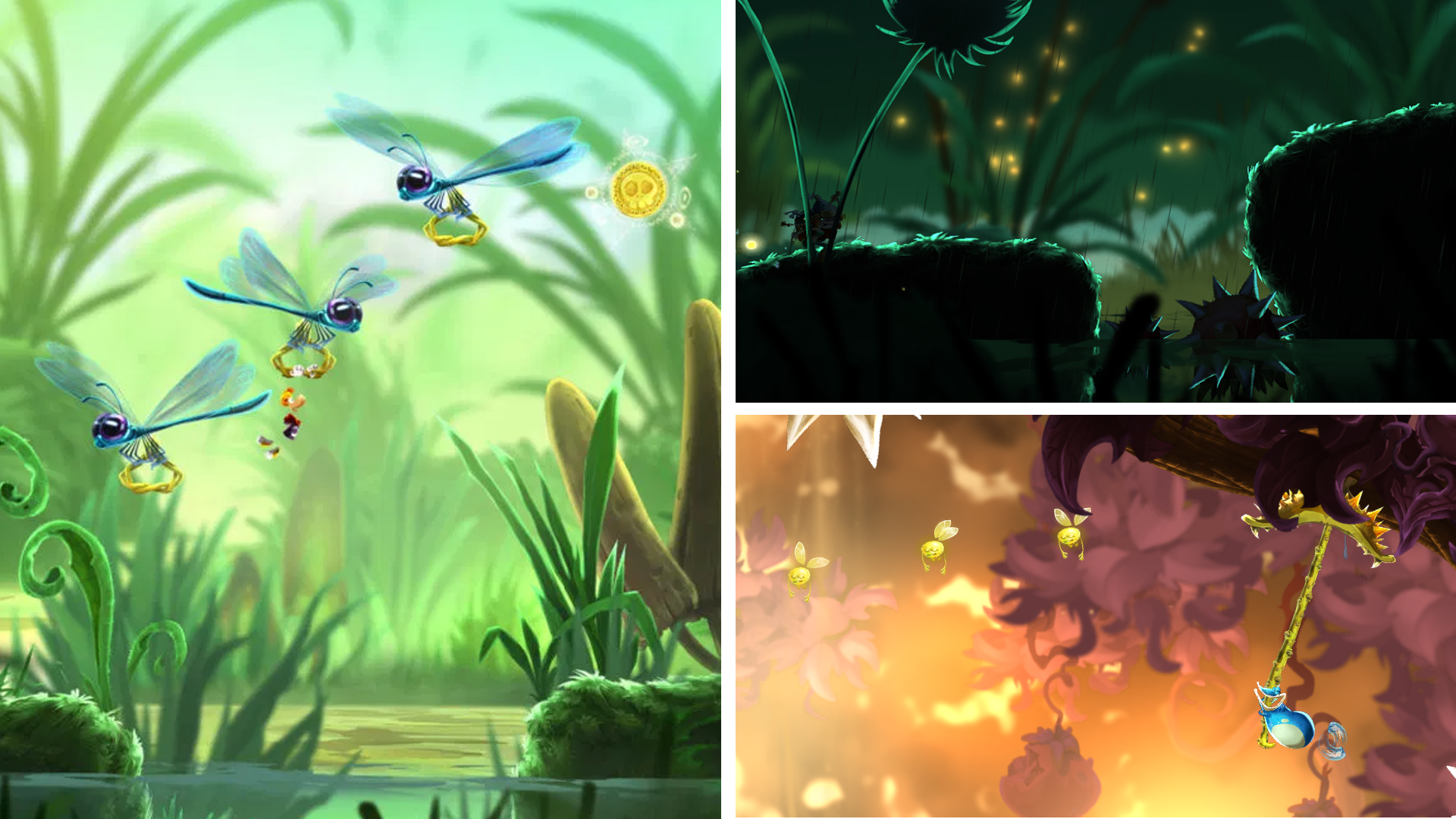 If you enjoyed Rayman Legends, you’ll probably like Rayman Mini. For everyone else, Rayman Mini is a delightfully colourful runner platformer in which you jump, glide, punch, and wall jump your way to the end of each level. The levels are fun and charming with a vibrant art style and tons of replayability (the levels themselves are just enjoyable to run through and by replaying them and collecting all the Lums, which are essentially coins you can use to unlock even more levels and a bunch of extra costumes for the three playable characters).

The game follows Rayman, or one of two other characters, as they run along a level with you timing when exactly to jump or punch or whatever. This means that you’re always on the move in the game and so the levels are designed to be short and easily approachable. If you pull off a level perfectly you’ll be done in less than five minutes, and this is also good because your character can’t take a single hit without having to restart the whole level. Thankfully, the game also continues the Rayman tradition of excluding the archaic lives system that Nintendo still loves using.

So who would like this game other than people who are already fans of Rayman Origins and Rayman Legends? Well anyone who enjoys platformers. The game is slick, well designed, fun to play, and good for killing a few minutes here or there (like in queues or toilets). The game also never gets bogged down (haha) in any sort of a narrative, and for this kind of game that’s exactly the way it should be.

WAY OF THE TURTLE 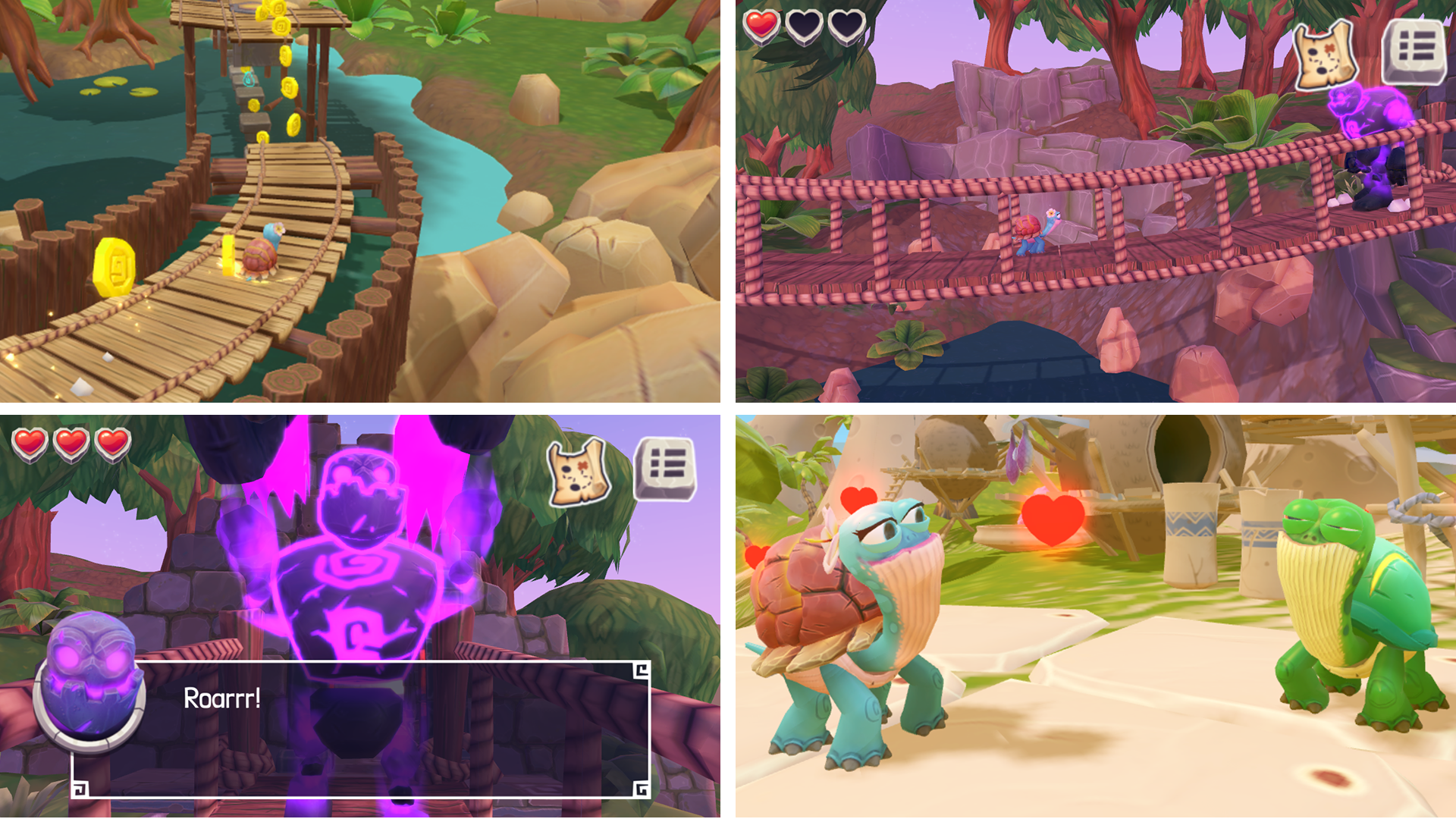 Want something charming, relatively easy, and designed for short or long play sessions? Well look no further than Way of the Turtle. In it, you play a pair of turtles on their honeymoon gone wrong (they crashed into an island), and they need to figure out how to get off this island because it’s plagued with an evil… something. It’s generally inoffensive and simple to jump in and out of, especially because of the liberal use of checkpoints sprinkled around every second corner – and so it’s good for a few hours of time wastage.

You, as this pair of turtles, enter the lush island world and start to make your way through various environmental traps and simplistic enemy placement. The game operates along a 2D plane (like many classic platformers) but it’s presented with a cinematic 3D camera you can’t control. So everything has shape and structure to it but you’re railroaded along a specific path and have to make your way through the hazards that stand in your way. You get through said hazards by jumping, shielding, dashing, wall jumping, et cetera, and these various abilities are unlocked in a metroidvania fashion.

Parts of the world open up as you discover new abilities or upgrade your existing ones, such as a spin attack that eventually doubles as a glide function. If you want something that redefines the metroidvania genre then that isn’t what you’re going to get, but it’s cute, endearing, and entertaining. Plus, all the characters speak like they do in classic mascot platformer games like Banjo Kazooie, with nonsense noises and subtitles. Who wouldn’t want that?! 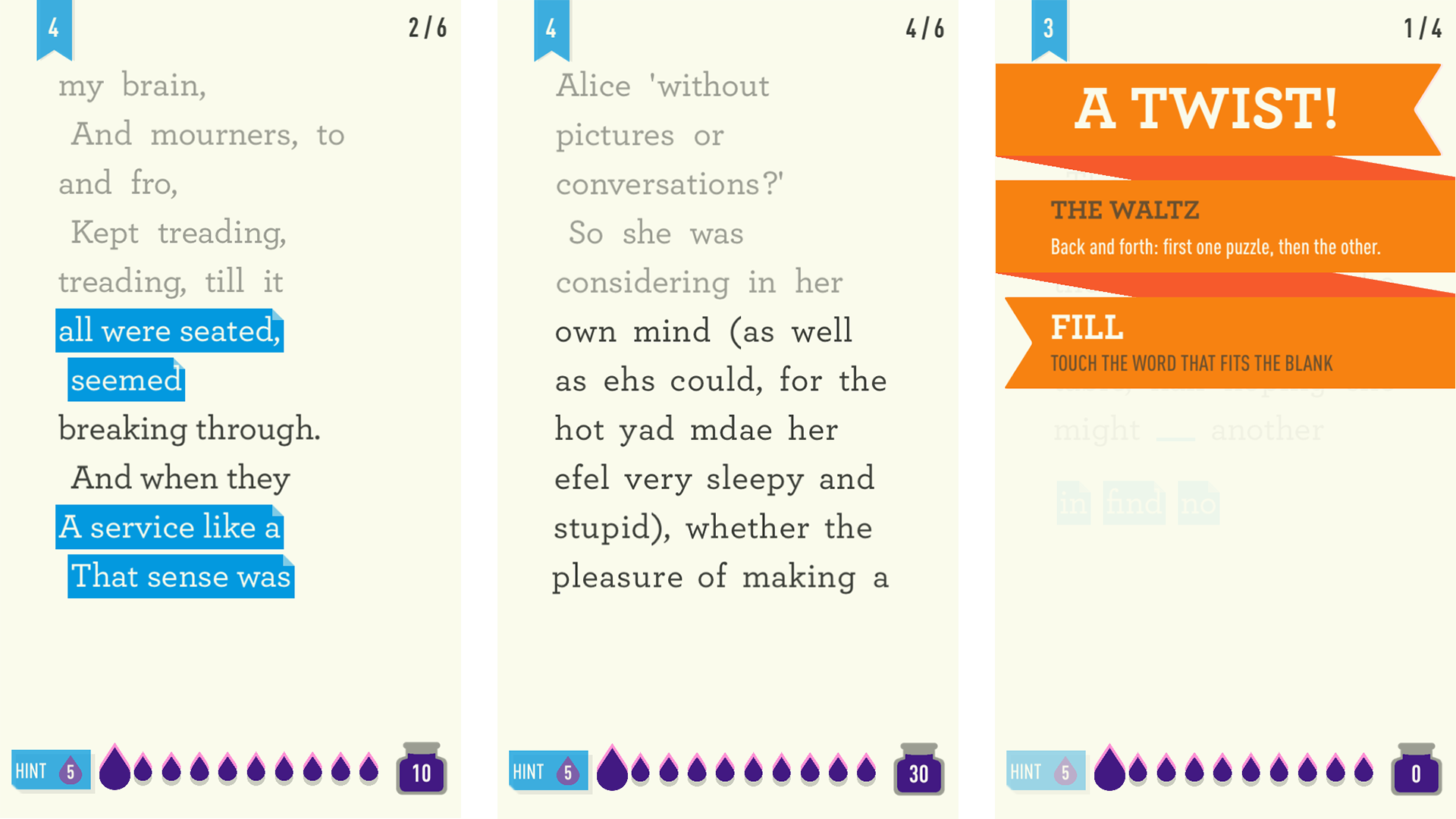 This game is a strange one. It’s a puzzle game that has you completing extracts of famous pieces of classic literature. You’re presented with a section from a book like Pride and Prejudice and parts of the section are missing or rearranged, and it’s up to you to get everything in the right order so that it reads like the original story. It’s somewhat difficult to explain, and the screenshots do it absolutely no justice because it simply doesn’t look exciting in the slightest, but it can be quite a challenging experience.

When you start the game, you’re given some Jane Austen, Lewis Carroll, and Emily Dickinson to work your way through, and there are various ways that you’re tasked with getting through them. Sometimes you’ll be given a paragraph with misspelled words and you need to identify them, other times the words are in the wrong order (and this can be especially challenging in poetry because of the nature of poetry and how it often ignores normal language rules), and sometimes you’re given a bunch of blank spaces and need to select the right words for the right spots.

It’s probably one of the nerdiest little puzzle games out there, and it definitely isn’t intended to be a game you can get through quickly. There are fifty books in the game and they’re each separated into fifty “chapters” (basically puzzle levels). So there’s a whole lot of wordplay to be done. For those who want a harder challenge it can be set on a timed mode, and if you really enjoy it you can eventually make your way through the introductory books to get in-game currency that allows you to buy more books (with classics like Franz Kafka’s Metamorphosis, Thomas More’s Utopia, and Oscar Wilde’s The Picture of Dorian Gray up for grabs).

These books are not the full books but rather just extracts that fill out the general plot, but if you want to read the actual books they’re pretty much all in the public domain anyway so you could just download them for free. But if you want to learn a bit about pretentious old literature while playing a word-based puzzle game then you can do a lot worse than Dear Reader. 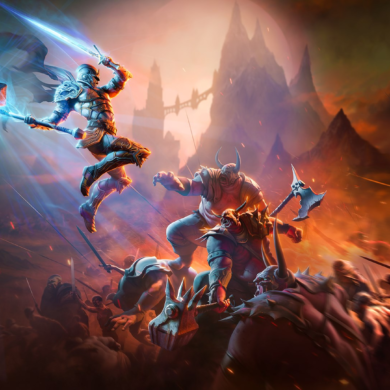