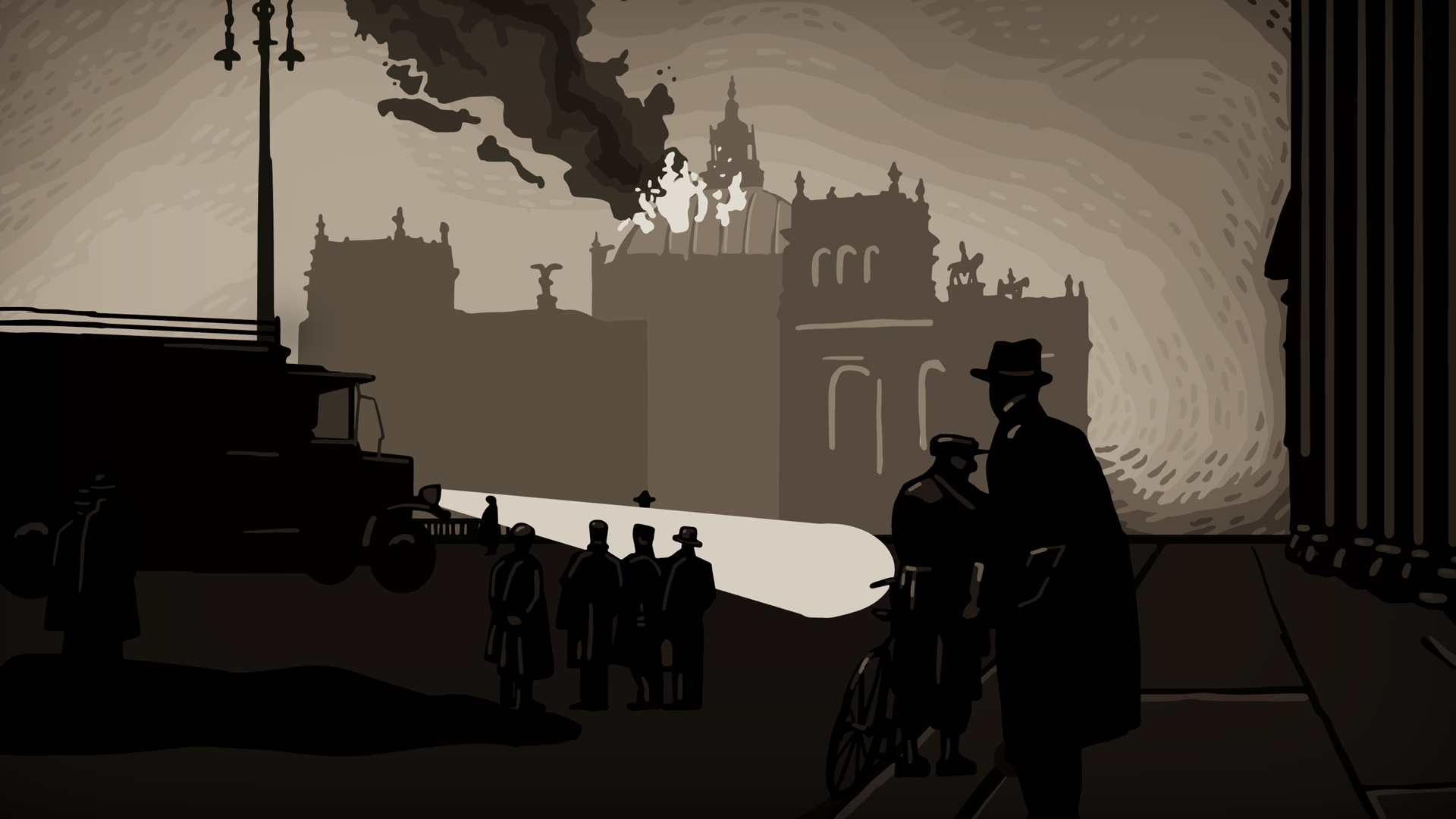 Through the Darkest of Times review 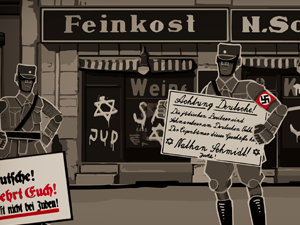 No, it’s not about loadshedding. It’s also not about our internet going down for like two hours. It’s about something much, much worse…

Sorry, I mean Hitler. This is a journey Through the (Other) Darkest of Times.

This game starts out on 30 January 1933, when die Scheiße has just begun to hit der Ventilator in Berlin. Hitler has been appointed chancellor of Germany, and you and your band of merry men and women will need to take on the Third Reich and try and change history. No big deal. Imagine if The Sims and Papers, Please had a child during World War II, but with more monochrome.

You build your resistance group by creating your own character with some customisations like face shape, hairstyle, and some accessories. After this, you get two more randomised team members with their own randomised traits that will help you in the different missions. Need to talk to a band of forced laborers and convince them to join the resistance? Ah yes, Klaus the liberal anarchist with a background in mining will be the right man! Need to sneakily buy some paint and slap some subversive slogans on a school campus? Hilde the communist kindergarten teacher looks way too innocent to be doing such a thing, she’s perfect! 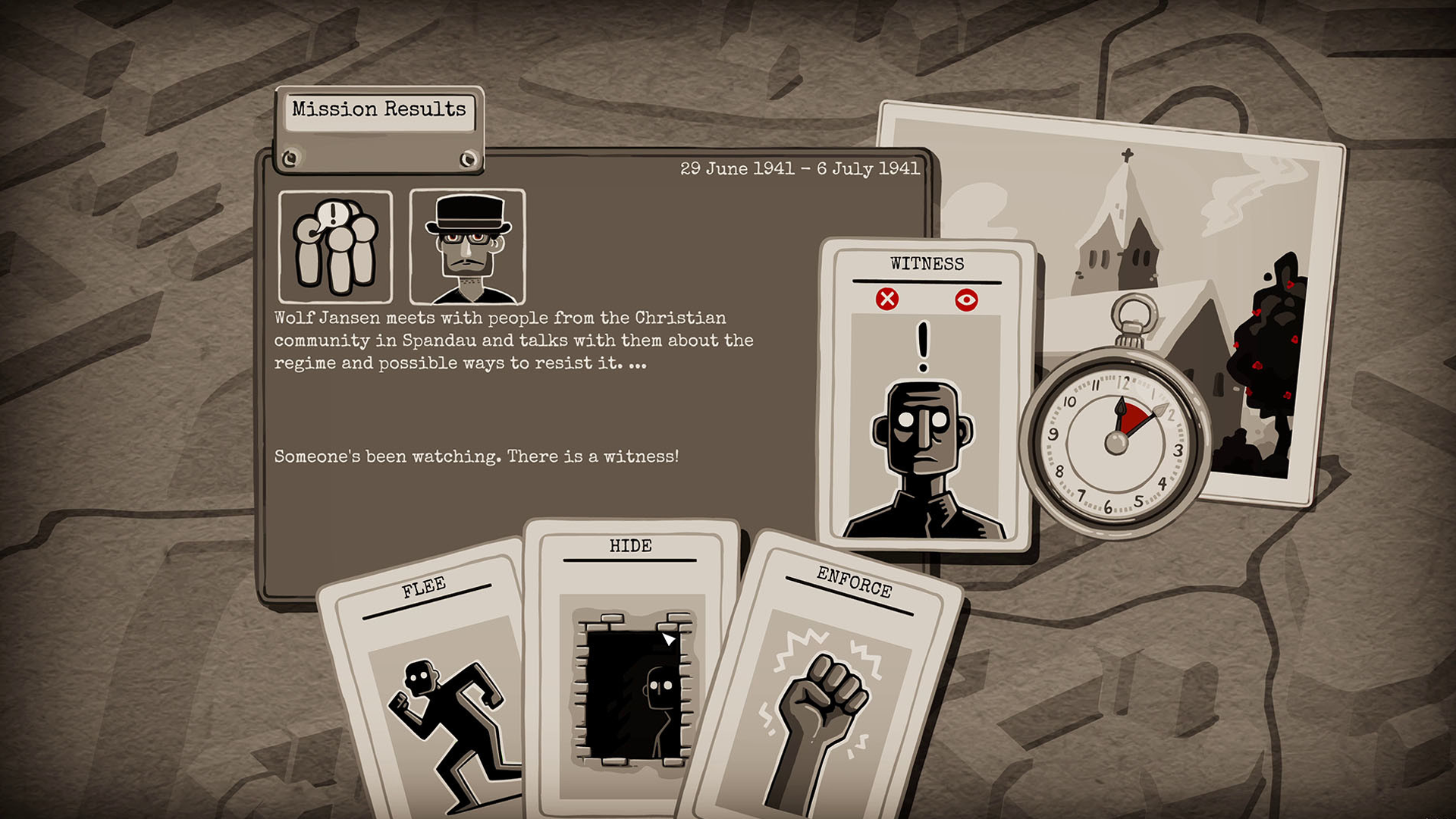 The more missions you complete with your different resistance members, the more you can level up stats like empathy, literacy, strength, secrecy, and their ability to rally up more people with the anti-nazi propaganda. Sending more than one person on a mission definitely makes the mission easier, and the more you go on missions the better your chances of finding things to ease the danger of them a bit as well as the chance to try and change history.

Unfortunately, however, the more missions you go on, the more suspicion you also tend to generate – and the chances of arrest run even higher if the same resistance member is seen going against Hitler’s wishes more than once. The same happens if you send members off on a mission too dangerous for their skillset, even if the reward too sweet to give up, and you may have to choose between standing your ground and fleeing if a Gestapo member notices you. 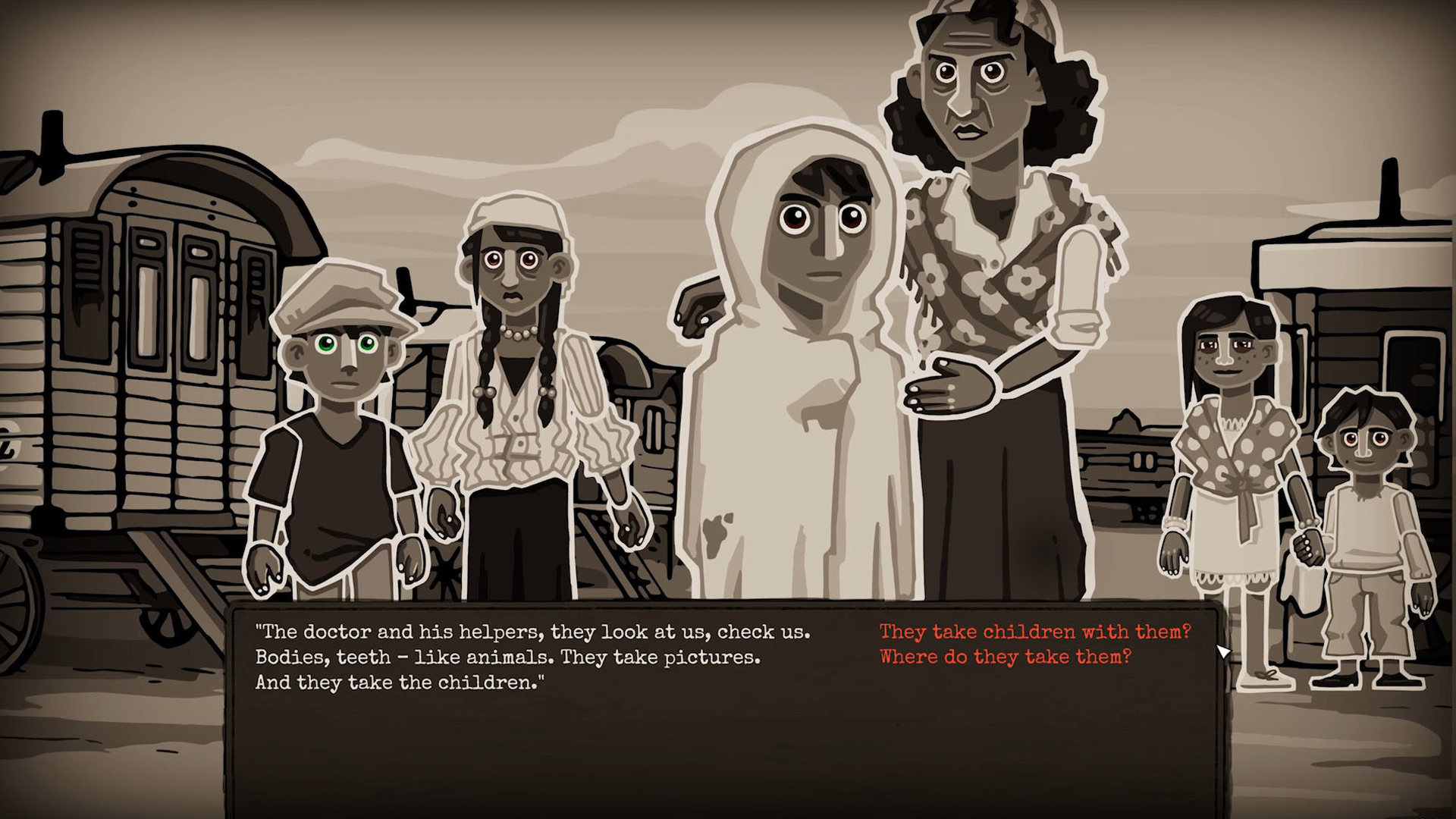 Through the Darkest of Times takes you through the major events in history during World War II, and the missions and severity evolve with it. One moment you’re handing out pamphlets to passers-by, and the next you’re hiding some refugees in the basement of your house. I must say that the game is quite hard to play in one sitting. Even though it’s quite a fun game in terms of strategically setting up and executing the perfect takeover, I was constantly haunted by the thought that this actually happened. And I found myself feeling quite depressed after a few hours of gameplay. I guess what I’m trying to get at is, even though this is a strategy game, we should never forget what people were going through. And this game tells that story quite tragically as it sends you off on little side cut-scenes where you have the options to either save someone’s life, take photos for evidence, or even just leave and try and forget about what you as your character had just seen.

Through the Darkest of Times
BOTTOM LINE
Paintbucket Games has successfully developed a historical strategy turn-based game that not only captivates you with its stories and events, but also teaches you about a time of great darkness and sorrow that will haunt our world for the rest of the time to come. Also, fuck Hitler.
PROS
Insane replayability
History lesson disguised as a strategy game
Have the chance to try and change history for the better
CONS
The storytelling can feel like you’re reading a children’s book
Gets super depressing with long playthroughs
Sometimes all of the numbers don’t make sense
The parallels between the events that led up to WW2 and a certain other president are TERRIFYING
73