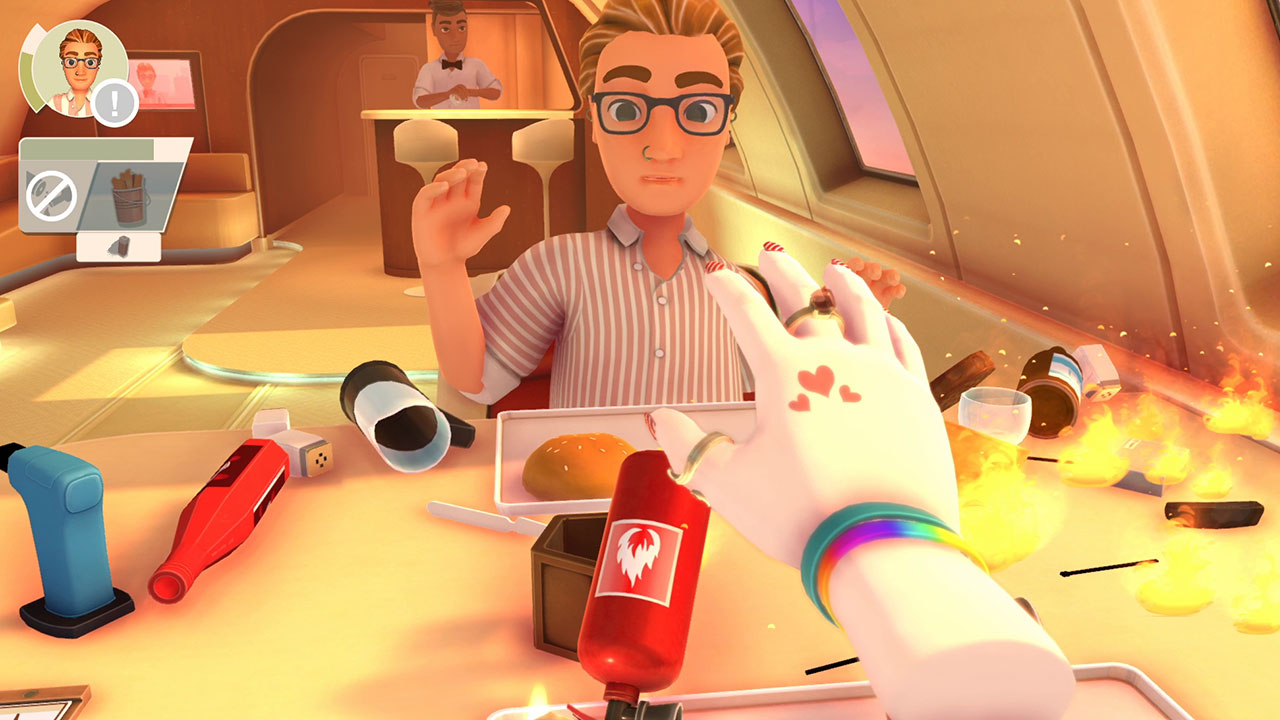 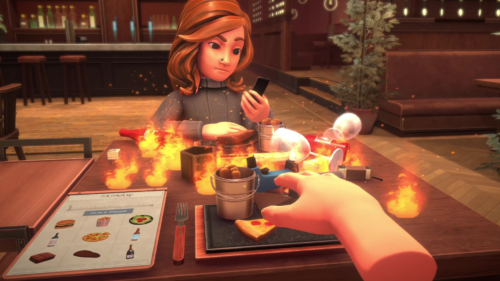 I don’t know what all you single people are complaining about. Apparently, all it takes to secure a partner in these modern times is some questionable fine motor skills, a little hand-eye coordination, and some basic comprehension ability. The bar is pretty damn low, if Echo Chamber Games and Curve Digital’s Table Manners is anything to go by.

Table Manners is a physics-based dating sim, in the same vein as Bossa Studios’ Surgeon Simulator. You, represented by a genderless, disembodied hand, take people out on dates at fancy restaurants and attempt to seduce them with your dining etiquette. Unfortunately, the physics are terrible, as expected, and hilarity ensues instead.

This is, technically, a game because your date continuously prompts you to perform certain actions and your success at fulfilling their wishes boosts your appeal. Fail and they will become increasingly less impressed with your shenanigans. Succeed, and you get to go on more dates and flail about in new, exciting locations. However, your co-dependent paramour lacks the skills to perform even basic mealtime functions, like putting pepper on their own steak, or feeding themselves, so it’s pretty much like dating a child (not recommended). If you make it through this sea of red flags you’ll get a reward, like a ring, a wrist cuff, a tattoo, or a new skin tint for your hand. You know what you’re getting upfront, so, essentially, they’re your sugar daddy/mommy. 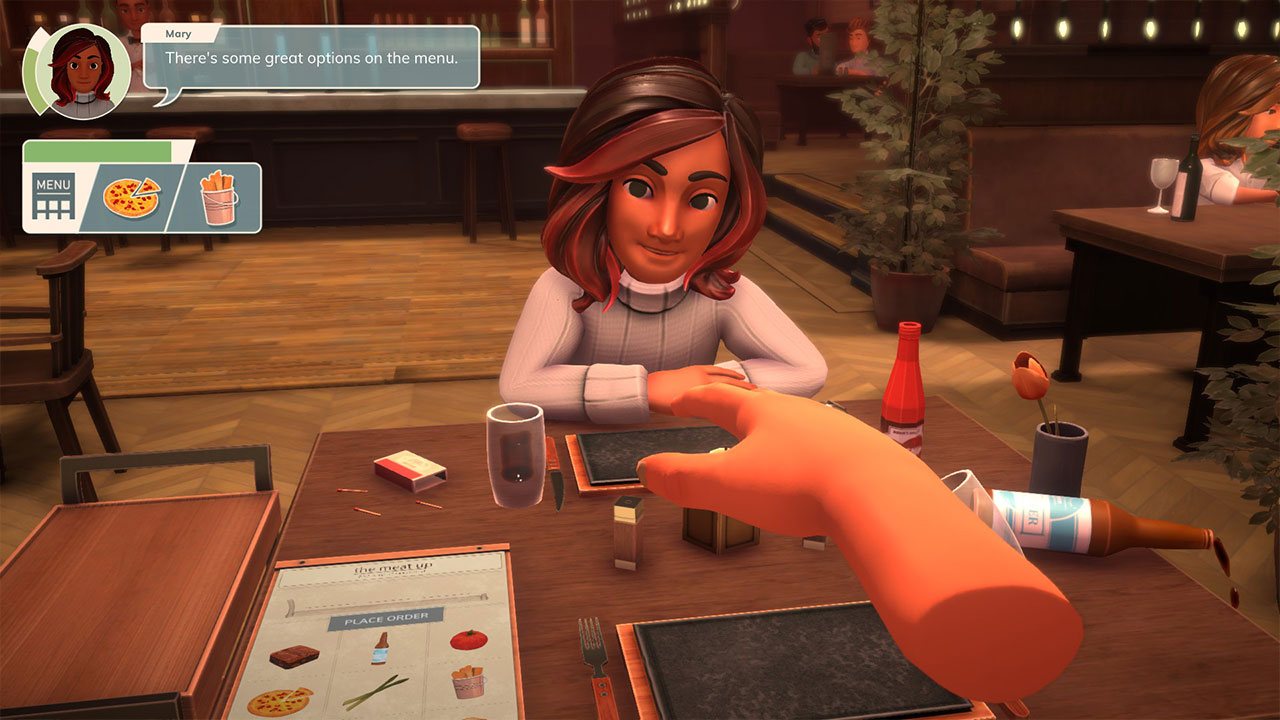 I don’t find this sort of helplessness particularly appealing, so I grew increasingly annoyed by Nigel’s requests for me to flambe his crème brûlée (if you know what I mean) and salt his steak. To pass the time, as my approval rating plummeted, I set fire to the table while he did some passive aggressive scrolling through his phone and gave me major side-eye. You know, regular date stuff. Also, that’s a lot of attitude for a man who couldn’t put tomato sauce on his own plate. Ol’ Nige still slid into my DMs, though. 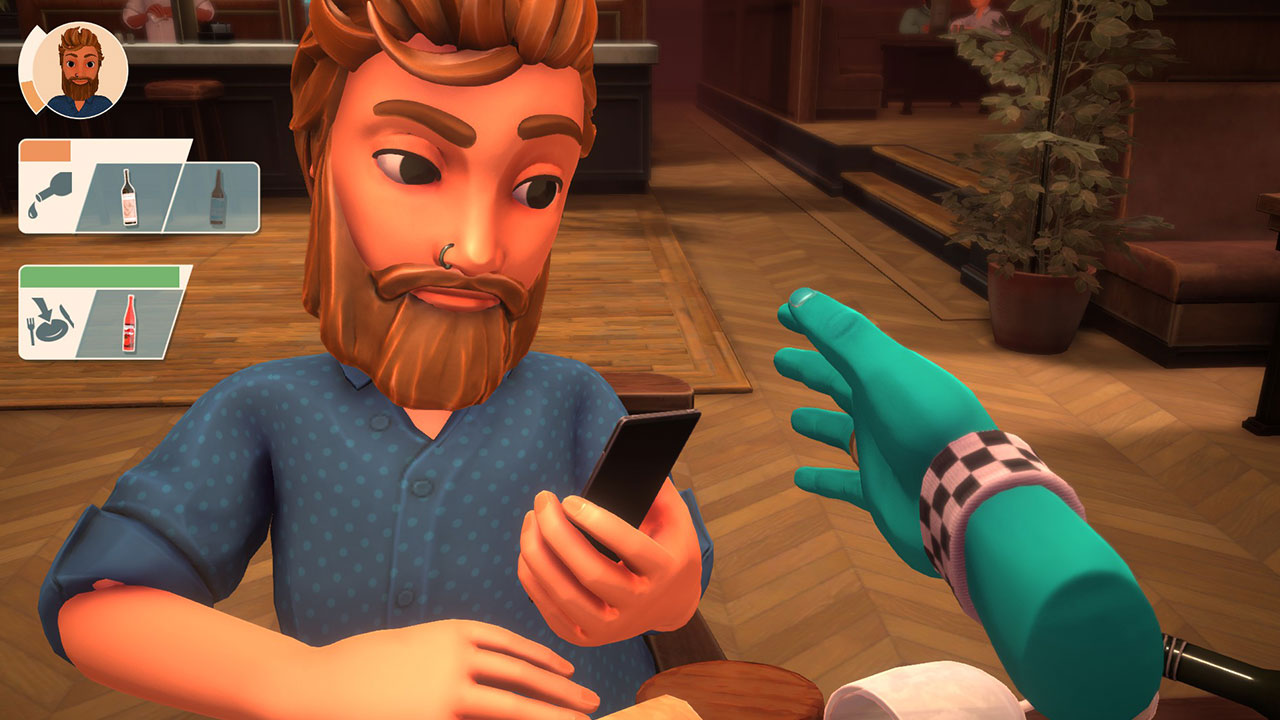 Speaking of DMs, you can contact your dates via text message on your virtual phone, and can even have rudimentary conversations with them in which you usually end up embarrassing yourself. So, like real life then. Beware, your dates will get upset if you don’t provide a prompt response. I discovered Brent had zero chill, after one date, and I couldn’t figure out how to tell him I wasn’t interested anymore, so I just blocked him. Again, the realism is uncanny. 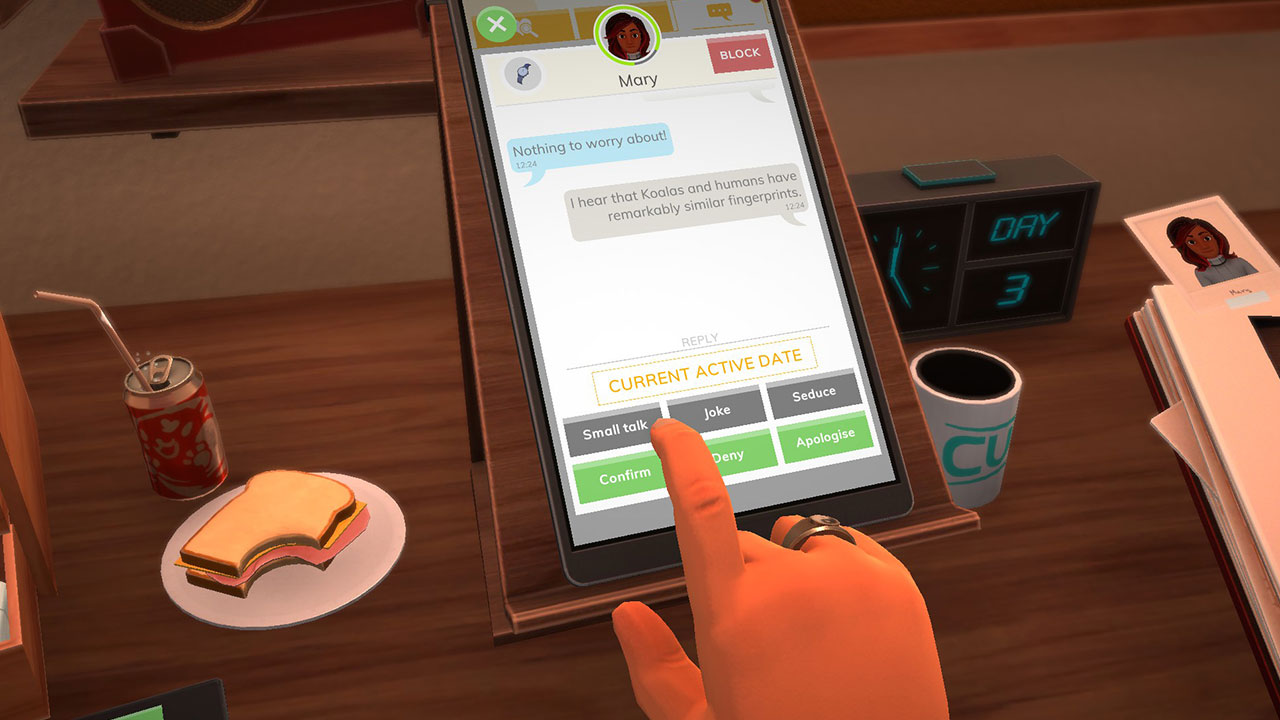 Table Manners is fun for about 10 minutes, you’ll get a few giggles, but the bad physics and clunky controls lose their charm and become frustrating very quickly. Which is to be expected when that’s pretty much the game’s whole purpose. The entertainment value is found in how bad the physics are and how inevitable it is that you will fail. Which is funny when you watch someone else do it on YouTube, but less so when you’re doing it yourself.

Table Manners
BOTTOM LINE
If you enjoy poorly-implemented physics and co-dependence, you'll probably have a bit of fun, otherwise it's a swipe left on this one.
PROS
Potential for hilarious YouTube content
CONS
Couldn't flip the table
No plans for VR
"Physics"
45 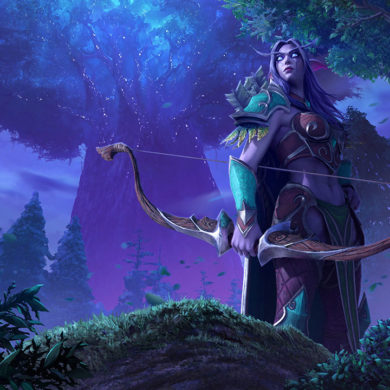